The man who bought a rifle for Kyle Rittenhouse was charged with the felony of attempting to flee or elude police on Monday.

A Kenosha Police Department officer observed a grey motorcycle with no registration displayed going northbound on Sixth Avenue from 52nd Street around 7 p.m. Friday, according to the criminal complaint.

The officer reportedly pulled behind the motorcycle and traveled behind it for a short time. The driver reportedly traveled northbound on Sixth Avenue from 52nd Street, then west on 50th Street from Seventh Avenue.

The driver then reportedly stopped at a red traffic light at 50th Street on Sheridan Road for an "extended period of time," according to the complaint. The officer reported the driver also "repeatedly looked in his mirrors to see if I was still behind him after each turn or change of direction."

While stopped at the light, the officer reportedly notified dispatch he was going to initiate a traffic stop of the driver. The driver then reportedly turned right and northbound on Sheridan Road and began accelerating above the posted speed limit of 30 miles per hour. The officer activated his emergency lights and siren while directly behind the driver in the 4900 block of Sheridan Road.

"Once I activated lights and siren, I observed the driver look in his mirror at my squad, slow briefly for a moment, before continuing at approximately 45 mph in the posted 30 mph zone for approximately one block (4900blk to 4800blk)," the officer reported in the criminal complaint. "The driver, after looking in his mirror, shook his head from side to side, as if he was shaking his head 'no' before rapidly accelerating away from my squad."

The driver then accelerated at a high rate of speed, briefly, until the the driver had to slow due to other northbound traffic on Sheridan Road. The driver also reportedly illegally passed vehicles while fleeing from the officer and rode in the middle of both northbound traffic lanes, passing vehicles on both sides and almost striking the vehicles while trying to drive between the heavy traffic to get away from the officer, according to the complaint.

Once the driver illegally passed the other northbound traffic, the driver allegedly accelerated at a high rate of speed away from the officer, who estimated it to be in excess of 80 mph in a posted 30 mph zone.

Due to the heavy traffic and endangerment of the vehicle and pedestrian traffic, the officer deactivated his lights and siren and slowed down. The officer reportedly observed the motorcycle northbound on Sheridan Road from 35th Street. However, as the motorcycle approached the intersection at Seventh Avenue, the officer lost sight of it, and he began searching the area.

Black was arrested and placed in a squad car. Dispatch advised that Black's driving privileges were suspended, and Black stated the motorcycle was not registered to him at the time, according to the complaint. Black also reportedly didn't have insurance.

Black was transported to an area hospital and had blood work done. Hospital staff reported that Black had a traceable amount of cocaine in his blood, but not enough to cause impairment. Hospital staff advised Black's symptoms appeared to be consistent with an anxiety attack or panic attack, according to the complaint.

Court Commissioner Dick Ginkowski set a $5,000 cash bail for Black on Monday. A preliminary hearing is set for next week Tuesday, May 24.

Black, who bought an AR-15-style rifle for Rittenhouse, pleaded no contest in January to a reduced charge of contributing to the delinquency of a minor in a deal with prosecutors that allowed him to avoid prison.

Contributing to the delinquency of a minor is a misdemeanor punishable by up to nine months in jail, but Binger reduced the charge to a non-criminal county ordinance violation.

Rittenhouse used the rifle to shoot three people, killing two, during a tumultuous night of protests in Kenosha on Aug. 25, 2020, over the shooting of a Black man, Jacob Blake, by a white police officer on Aug. 23, 2020.

A jury acquitted Rittenhouse of homicide and other charges late last year.

Just keep your returns: Stores weigh paying you not to bring back unwanted items

Instead of piling returned merchandise onto a growing inventory heap, stores are considering just handing customers their money back and letting them keep the stuff they don't want.

President Donald Trump lunged at a Secret Service agent, putting his hand on the man’s throat after he was told he would not be taken to the Capitol on Jan. 6, 2021, according to testimony by former White House aide Cassidy Hutchinson.

More than 4 months after being arrested at a Moscow airport, Brittney Griner appeared in court Monday. Full coverage here.

Former aide: Trump was told protesters had weapons on Jan. 6

An aide testified Donald Trump was told that people rallying on Jan. 6 had weapons but he told officials to "let my people in" and sent the crowd to the Capitol.

Supreme Court sides with coach who sought to pray after games

The Supreme Court has sided with a football coach from Washington state who sought to kneel and pray on the field after games.

More people were taken to hospitals Monday in a presumed migrant smuggling attempt near San Antonio, Tex. that may be the deadliest outcome of thousands of similar attempts.

The Supreme Court has overturned Roe v. Wade, ending nearly 50 years of constitutional protections for abortion. Live coverage here, including the full opinion and dissent, a photo gallery from outside the Supreme Court and more.

Supreme Court Justice Stephen Breyer will retire Thursday, setting the stage for Ketanji Brown Jackson to be sworn in as the court's newest member.

“We hold that Roe and Casey must be overruled," Justice Samuel Alito writes in his opinion. Read the full opinion and dissent here.

Novak Djokovic got his Wimbledon title defense off to a winning start today, and a heckler who clapped former New York City Mayor Rudy Giuliani on the back at a campaign event was arrested. Here's that and more of today's trending topics. 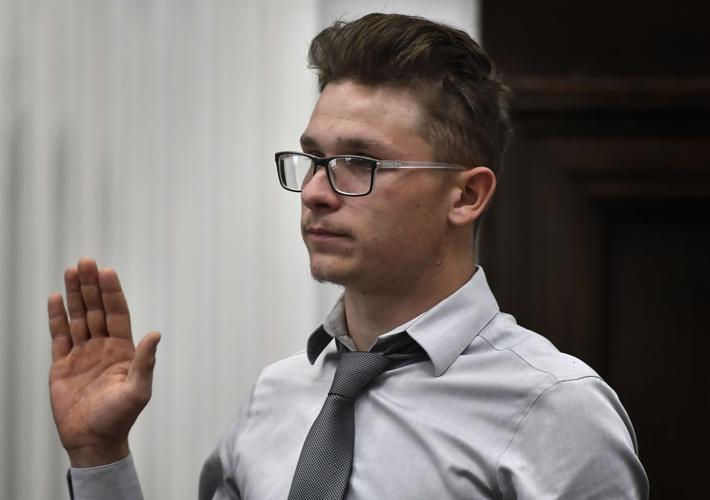 Dominick Black is sworn in during the Kyle Rittenhouse trial at the Kenosha County Courthouse on Nov. 2, 2021. Black purchased the rifle Rittenhouse used on Aug. 25, 2020, to shoot three people, killing two. 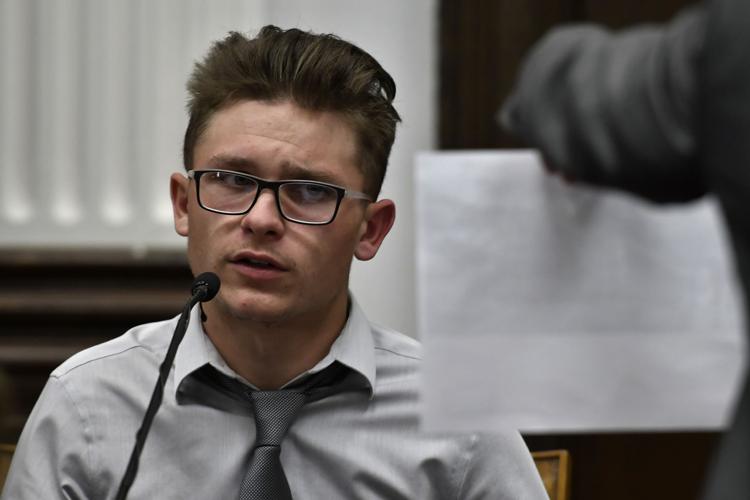