BOISE, Idaho — Boise police are investigating after the Idaho Anne Frank Human Rights Memorial, the only Anne Frank memorial in the United States, was defaced by swastika stickers earlier this week.

The stickers, which included the words, "we are everywhere" as well as the Nazi insignia, were discovered Tuesday morning by a visitor to the memorial in downtown Boise.

"What makes this event actually so sad," said Dan Prinzing, the executive director of the Wassmuth Center for Human Rights, "was the blatancy where they were placed, how they were placed and the message they were proclaiming."

The Wassmuth Center for Human Rights maintains the memorial, which includes a life-sized bronze statue of Anne Frank. The statue depicts Frank holding her diary and peering out the window of the secret annex in which she and her family spent 761 days hiding from Nazis before they were found and sent to concentration camps in 1944.

One of the nine stickers was stuck to the diary, Prinzing said, and another was pasted to a statue representing the "spiral of injustice," intended to show how hateful language can lead to discrimination, violence and attempts to eliminate disadvantaged groups.

Another was pasted over a photo showing the face of Bill Wassmuth, a Catholic priest from northern Idaho who left the priesthood to focus on fighting white supremacists and the Aryan Nations, a neo-Nazi group that at the time was based in northern Idaho. Wassmuth died in 2002.

The fact that the defacement occurred just before the Jewish celebration of Hanukkah, which begins at sunset on Thursday, made it even more painful, he said.

"I think what we're seeing, we have to take seriously — such acts aren't just random," Prinzing said. "In the sticker, they are proclaiming that they are everywhere. We have to remind people that good people are everywhere, that good exists, and now is the time for good to come together."

Boise Police Chief Ryan Lee called the vandalism "absolutely reprehensible" and said his agency has reached out to the Anti-Defamation League, and similar events have been reported around the Pacific Northwest.

"It does cause us concern," Lee said. "We are committed to ferreting out ... those who would foment hate in the community."

The Wassmuth Center for Human Rights is now raising money to install a security system at the public memorial. This is the second time it has been vandalized since it was dedicated in 2002. The first occurred over a series of days in 2017 when graffiti of anti-Semitic and racist slurs caused $20,000 in damage.

The Idaho memorial is one of just a few places in the world where the entire text of the Universal Declaration of Human Rights is on permanent public display.

In November Germany marked the 75th anniversary of the landmark Nuremberg trials of several Nazi leaders.

Federal Reserve moves up timetable for a potential rate hike to 2022, from 2023, as economy and inflation pick up

WASHINGTON (AP) — Federal Reserve moves up timetable for a potential rate hike to 2022, from 2023, as economy and inflation pick up.

Body found in Wyoming believed to be Gabby Petito

Authorities say a body discovered Sunday in Wyoming is believed to be Gabrielle "Gabby" Petito.

Real estate heir Robert Durst was convicted of murdering Susan Berman, shot point-blank in the back of the head in December 2000 as she prepared to tell police how she helped cover up Durst's wife's killing.

Police on Monday swarmed the Florida home of a young man wanted for questioning in the disappearance of his girlfriend, Gabby Petito. Get the latest.

Her fiance, Austin Eskew, said in an interview with NBC News the couple was unvaccinated due to infertility fears she had with the shot.

In a series of videos on TikTok, one woman said she and her boyfriend gave Laundrie a ride on Aug. 29 in Wyoming.

President Biden will ease foreign travel restrictions beginning in November, when his administration will require all foreign nationals flying into the country to be fully vaccinated.

Milley says calls to China were 'perfectly' within scope of job

Gen. Mark Milley said Friday that calls he made to China in the final stormy months of the Trump presidency were "perfectly within the duties and responsibilities" of his job. 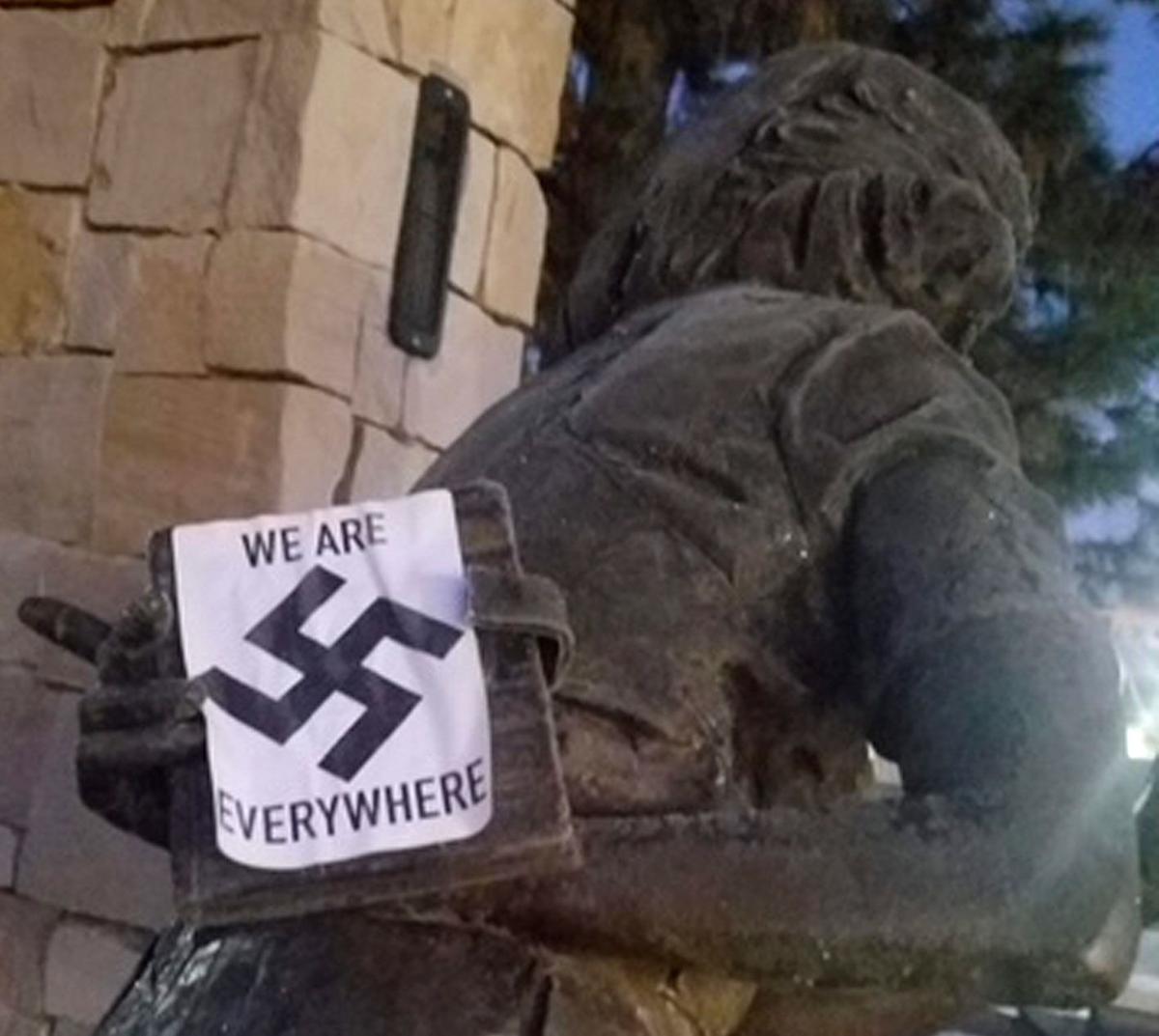 In this photo provided by the Wassmuth Center for Human Rights, a swastika sticker is seen on a sculpture at the Idaho Anne Frank Human Rights Memorial in Boise, Idaho, on Tuesday. 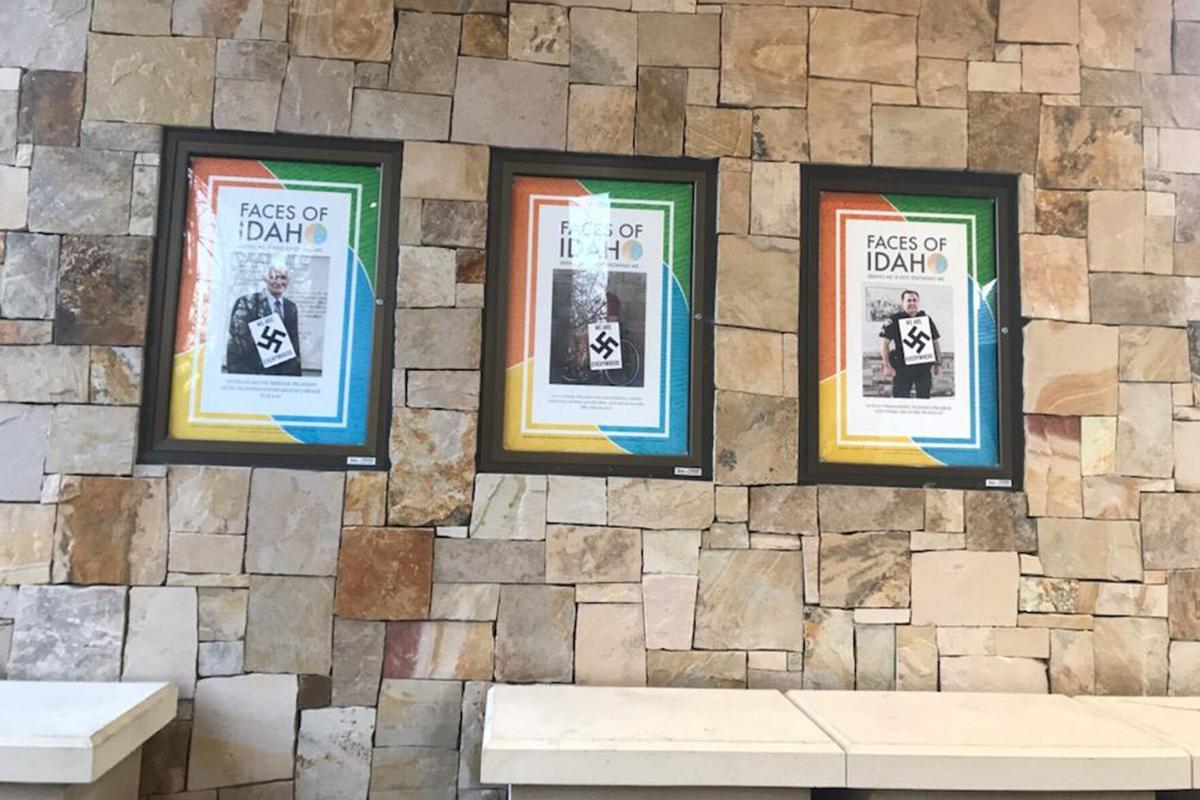 In this photo provided by the Wassmuth Center for Human Rights, swastika stickers that were placed on a display are seen at the Idaho Anne Frank Human Rights Memorial in Boise, Idaho. 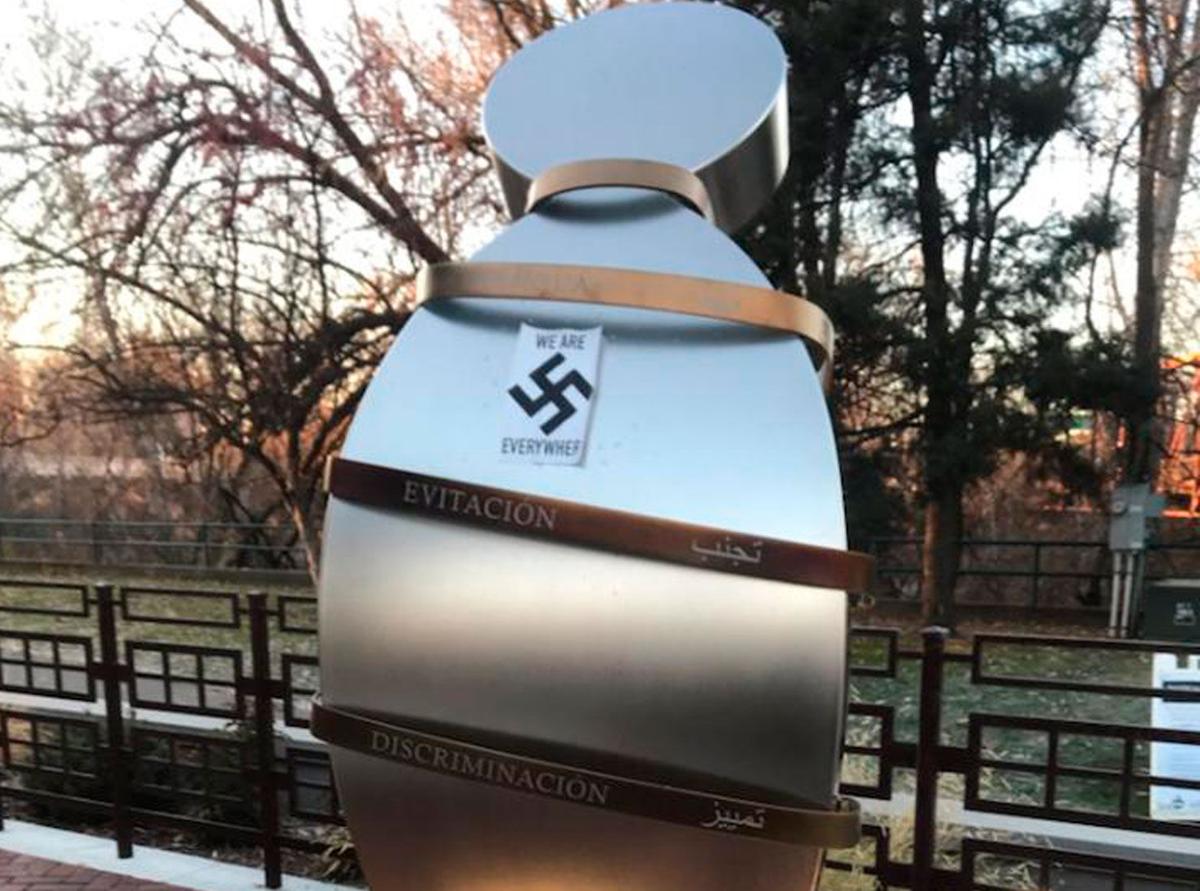 In this photo provided by the Wassmuth Center for Human Rights, a swastika sticker is seen on a sculpture at the Idaho Anne Frank Human Rights Memorial in Boise, Idaho.