At least 233 people were killed and 618 people were injured by gun violence in more than 500 shootings across the country during the Fourth of July weekend, a 26% drop from last year's holiday weekend, according to the latest data compiled by the Gun Violence Archive.

According to data released Tuesday morning, which looks at shootings from 5 p.m. Friday through Monday, there were 314 fatal shootings with 751 injuries during the same period last year, the GVA said.

The significant drop in shootings and shooting victims comes as major cities nationwide confront a surge in violent crime.

Last year's holiday weekend came as the nation was starting to reopen after the pandemic's stay-at-home orders and amid mass protests related to the killing of George Floyd. CNN has requested 2019 data.

In New York, where gun violence has been rising to levels not seen in years, there were 26 victims from 21 shootings from Friday to Sunday, a decrease from the same period last year when 30 people were shot in 25 shootings, the New York Police Department said.

On July 4, the city experienced 12 shooting incidents that involved 13 victims, an increase from last year when there were eight shootings and eight victims, according to the NYPD.

So far this year, gun violence incidents in New York have spiked almost 40% over the same period in 2020, with 767 shootings and 885 victims. CNN has requested data on how many of the shootings over the weekend resulted in homicides.

In Chicago, after Police Superintendent David Brown raised concerns before the "most challenging weekend of the year" for police, 100 people were shot and 18 people were killed from 6 p.m. Friday to 11:59 p.m. Monday, according to the Chicago Police Department. There were 69 shooting incidents during that period, police said.

There were the same amount of murders last year, but the number of shooting incidents and victims increased, according to data from Kellie Bartoli with the Chicago Police Department. There were 83 shooting victims and 18 murders in 47 shooting incidents from July 2-5, 2020, she told CNN in an email.

One of the 14 people killed was a member of the Illinois Army National Guard, CNN affiliate WLS reported. His family identified him on social media as Chrys Carvajal, though the Cook County medical examiner has not officially released his name.

"(Carvajal) was new to the Illinois National Guard and was to be assigned to a transportation unit. He had recently completed Army basic training," Leighton said. "Our hearts go out Pvt. 1st Class Carvajal's family and friends.

Two Chicago police officers were injured in an overnight shooting as an individual opened fire while officers were dispersing a crowd of several thousand people and made more than 60 arrests, police said. Both are expected to survive.

Unlike other cities experiencing a spike in violent crime, the homicide rate in Chicago through June is 2% lower than the same period in 2020. The number of victims is still 14% higher.

In suburban Atlanta, golf professional Gene Siller was fatally shot at a country club on Saturday, and police are still looking for the suspect, according to Cobb County police. Siller, 41, was found unresponsive with an "apparent gunshot wound to the head" and was pronounced dead at the scene, police said. Two other gunshot victims were also found on the course.

Police are still searching for the suspect, who has not been identified.

There were several mass shootings over the holiday weekend. CNN defines a mass shooting as an incident with four or more people killed or wounded by gunfire, excluding the shooter.

Eight people were injured early Sunday morning in a shooting near a car wash in Fort Worth, Texas, after an argument between a group of men, according to a Fort Worth police news release.

One of the men left during the argument, returned with a gun and began firing "toward groups of people," and multiple people returned gunfire, the release said. Most of the victims, who are in stable condition, are believed to be innocent bystanders, police said.

Norfolk police said detectives have arrested and charged a 15-year-old boy in connection with the shooting.

One person and eleven others were injured in a shooting at a block party attended by several hundred people in Toledo, Ohio on Sunday night, according to Toledo police. A 17-year-old is dead after he was flown by helicopter to the University of Michigan Hospital for treatment, according to Toledo Police Chief George Kral.

Two victims, a 51-year-old and a 19-year-old, are in critical condition, Kral said, and the other nine people wounded are in stable condition, their ages ranging from an 11-year-old to three 19-year-olds.

Police in Cincinnati, Ohio, said two males, ages 16 and 19, were killed and three others injured at a holiday celebration at a park late Sunday night. The two males were "engaged in a verbal altercation that resulted in the two exchanging gunfire" and the other victims were caught in the crossfire, Cincinnati Police Chief Eliot Isaac said at a news briefing on Monday.

In Dallas, police responded to two separate shootings on July 4, one of which involved five men who were shot. Three of the victims were pronounced dead after being transported to a nearby hospital, police said. A 61-year-old man was killed in another incident after being shot "multiple times in the street during a disturbance," and died at a local hospital, according to Dallas police.

In Toledo, Ohio, one person died and 11 others were injured in a block party shooting on Sunday night attended by several hundred people, Toledo police said. The victims range in age from 11 to 19, and nine of them remain in stable condition, police said.

In Las Vegas, two men are dead and at least seven others were injured following a shooting on Sunday night, according to a news release from the North Las Vegas Police Department.

"Both of the deceased victims are males and believed to be in their early 20's. Officers are aware of seven other people who had been injured," NLVPD spokesperson Officer Alexander Cuevas told CNN in an email Monday. "Detectives and CSI were called to the scene and are pursuing all leads in the investigation."

20 of America's deadliest mass shootings in the past 10 years

Watch Now: Why are there more floods?

Gross! An up-close look at the secret world of banana slugs

Gross! An up-close look at the secret world of banana slugs

Body found in Wyoming believed to be Gabby Petito

Authorities say a body discovered Sunday in Wyoming is believed to be Gabrielle "Gabby" Petito.

Real estate heir Robert Durst was convicted of murdering Susan Berman, shot point-blank in the back of the head in December 2000 as she prepared to tell police how she helped cover up Durst's wife's killing.

Police on Monday swarmed the Florida home of a young man wanted for questioning in the disappearance of his girlfriend, Gabby Petito. Get the latest.

President Biden will ease foreign travel restrictions beginning in November, when his administration will require all foreign nationals flying into the country to be fully vaccinated.

Milley says calls to China were 'perfectly' within scope of job

Gen. Mark Milley said Friday that calls he made to China in the final stormy months of the Trump presidency were "perfectly within the duties and responsibilities" of his job.

Idaho, one of the nation's least vaccinated states, has expanded health care rationing. The FDA strikes a cautious tone ahead of its vaccine booster debate. Get the latest.

Here's how California firefighters are trying to save the world's largest tree, other sequoias

The colossal General Sherman Tree in Sequoia National Park and other sequoias have been wrapped in aluminum in an effort to save the trees from intense flames. Get the latest. 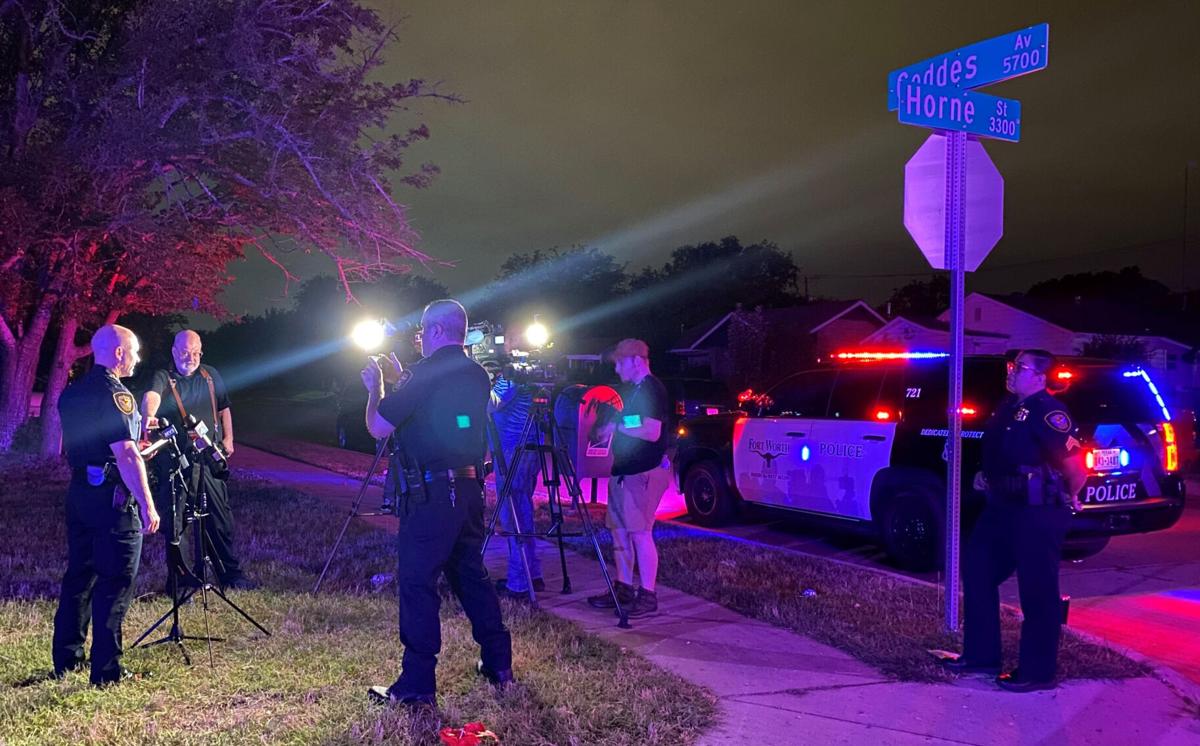 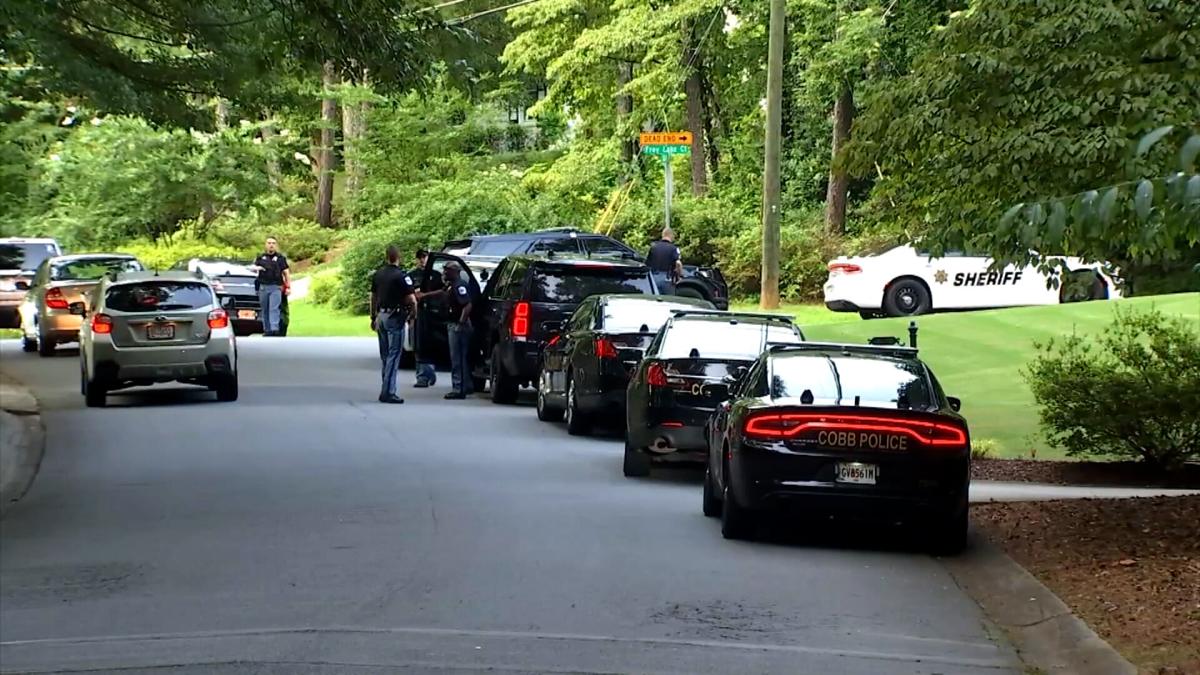 Cobb County Police are looking for a suspect who shot and killed a golf pro on the green of the 10th hole of the Pinetree Country Club in Kennesaw, Georgia on Saturday afternoon. The suspect drove up to the green in a white Ram 3500 Pick-up track, according to eyewitness accounts, and shot 41 year-old pro-golfer Gene Siller.