Forty years ago, a volcano in the Cascade Mountains in Washington roared, expelling plumes of ash and killing 57 people in the most destructive eruption in modern US history.

See 50 photos from the 1980 Mount St. Helens eruption in a gallery at the end of this story

It was early morning on Mount St. Helens when the volcano shook the Earth. Accompanied by a magnitude 5+ earthquake and a debris avalanche, the eruption changed the future of volcanology.

Here are five facts about the stratovolcano.

Before erupting, the volcano was 9,677 feet

More than 1,300 feet was taken off the top of the volcano by the historic blast due to the largest landslide in recorded history.

Over 230 square miles of forest was destroyed in minutes

Within three minutes of the volcanic eruption, the lateral blast, which traveled at more than 300 miles per hour, scorched 230 square miles of forest. More than 900,000 tons of ash was cleaned up from areas around Washington.

Thousands of animals perished in the eruption. By the end of May, wind-dispersed spiders and beetles were some of the first animals to return to the region.

The volcano has had numerous eruptions

Over the last 500 years, Mount St. Helens has had at least four major explosive eruptions and many minor eruptions.

During eruptions between 1980 to 1986 and 2004 to 2008, lava oozed onto the crater floor, "building domes taller than the Empire State Building and restoring 7 percent of the volume lost in 1980," according to the United States Geological Survey.

Volcanologist Dr. David Johnston, a dedicated scientist with the United States Geological Survey (USGS), was swept away by the eruption.

Johnston was one of the first members of the USGS monitoring team to arrive at Mount St. Helens, and was in charge of volcanic-gas studies.

Johnston was one of the scientists who persuaded authorities to limit access to the area around the volcano and resisted pressure to reopen it, "thereby holding the May 18 death toll to a few tens instead of hundreds or thousands," the USGS said.

Native Americans abandoned hunting grounds at the volcano 3,600 years ago

An enormous volcano four times larger than the 1980 eruption forced Native Americans out of the grounds nearly 4,000 years ago, the United States Geological Survey said.

The story behind the mountain, according to a Gifford Pinchot National Forest "Mount St. Helens" Brochure, is actually quite the romance.

According to one legend, Mt. St. Helens was once a beautiful maiden known as "Loowit." When two sons of the Great Spirit "Sahale" -- Wyeast and Klickitat -- fell in love with Loowit, they fought over her, burying villages and destroying forests.

Photos: A look back at the Mount St. Helens eruption, 40 years ago

Some things to know today that aren't related to the coronavirus pandemic. 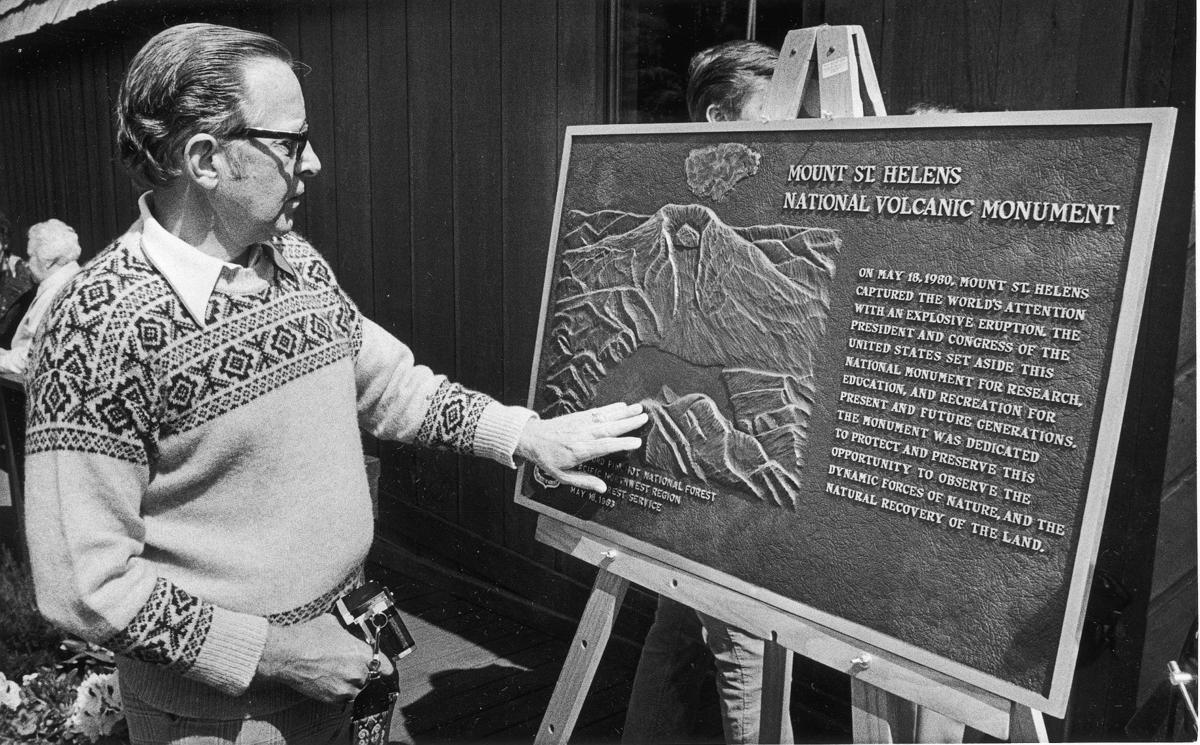 Tom Johnston of Chicago examines a bronze plaque unveiled at the dedication of the Mount St. Helens Volcanic Monument in Toledo, Wash., May 18, 1983. The father of David Johnston, a U.S. Geological Survey scientist killed after alerting the world to the eruption of Mount St. Helens in May of 1980, said his son would have been proud of the monument. 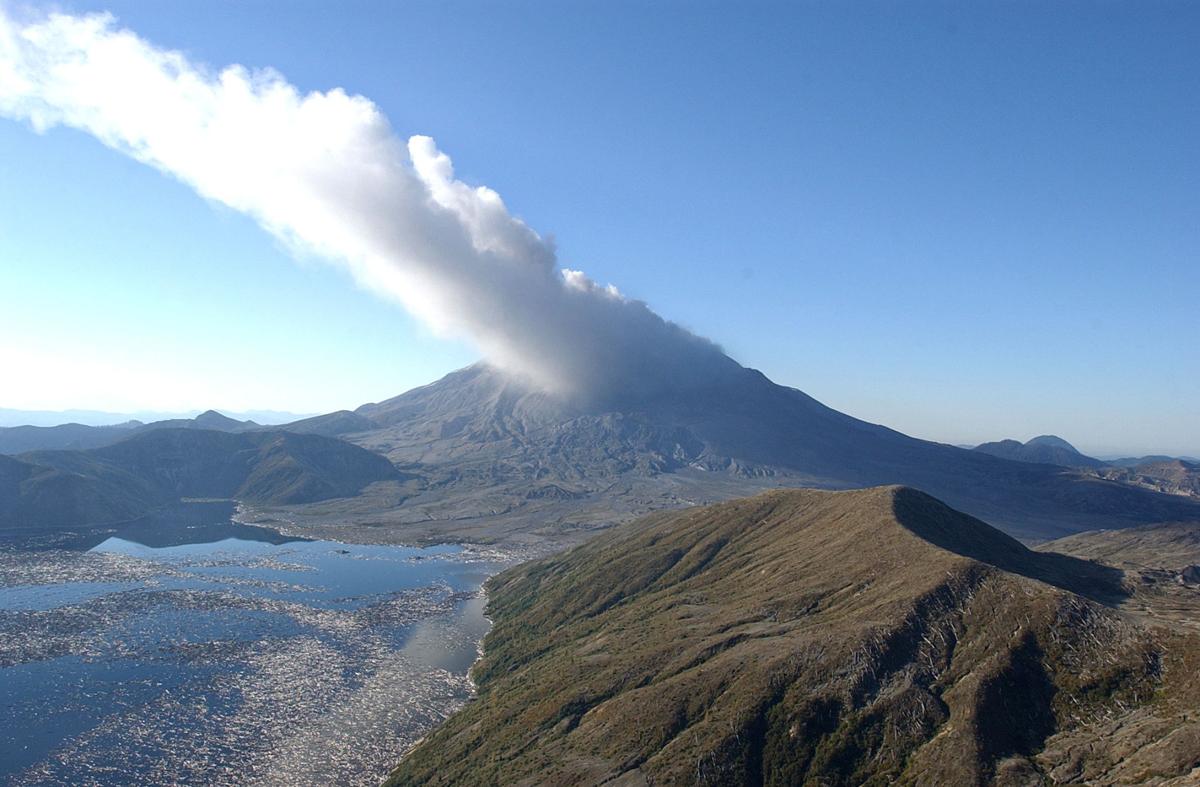 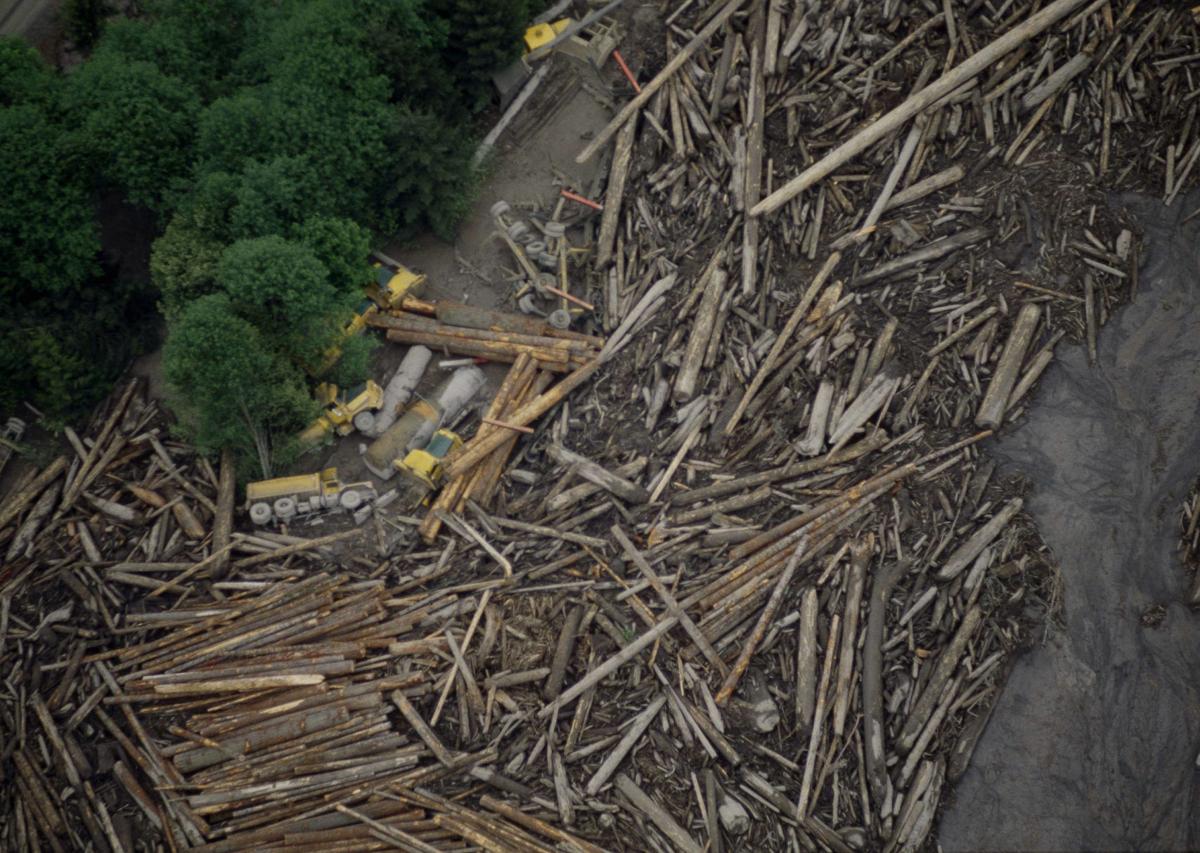 A logging operation along the Toutle River, Wash., about 20 miles from the Mount St. Helens volcanic eruption, is in ruins after flooding from ice and snow melt from the mountain, May 1980. 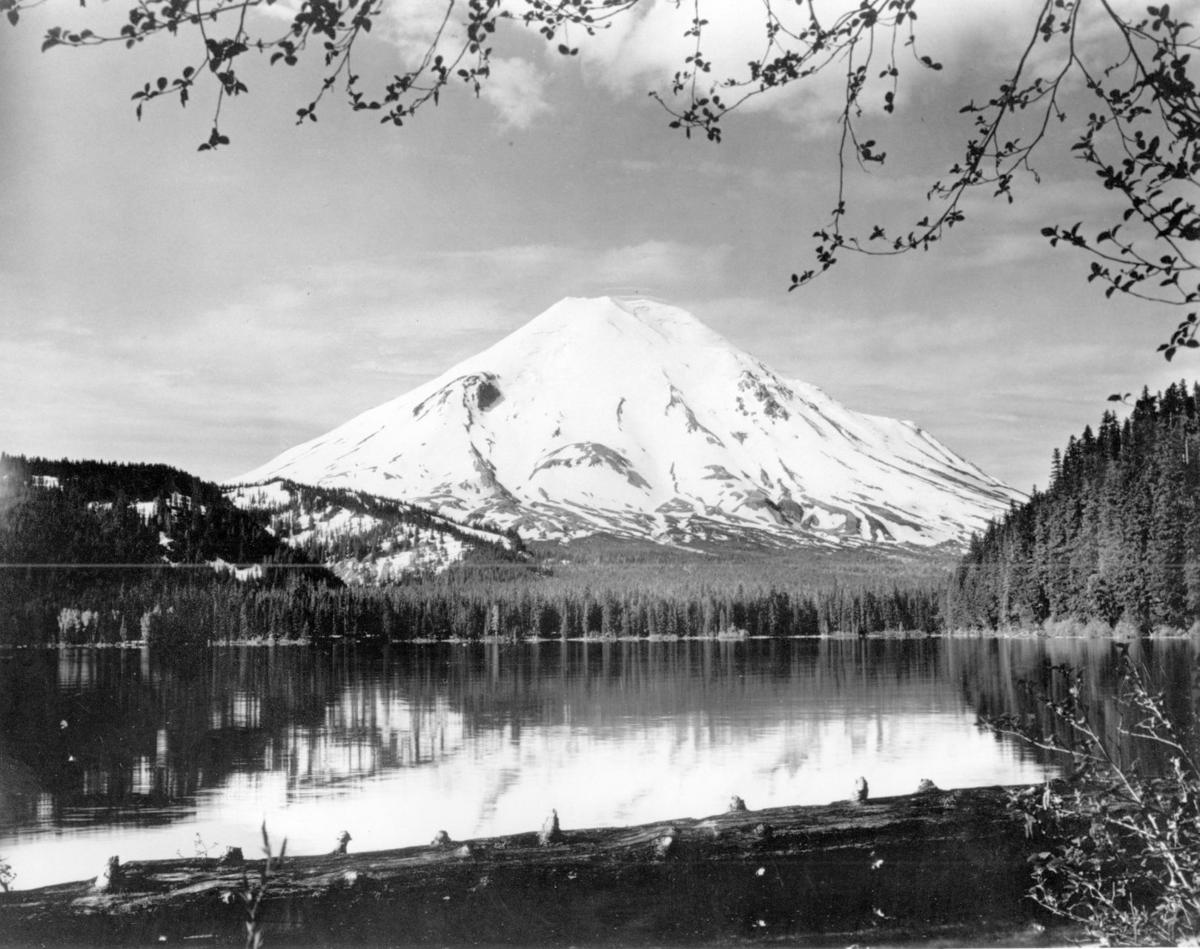 This is a general view of snow-covered Mount St. Helens in the Cascade Range, southwestern Washington state, on July 17, 1957.