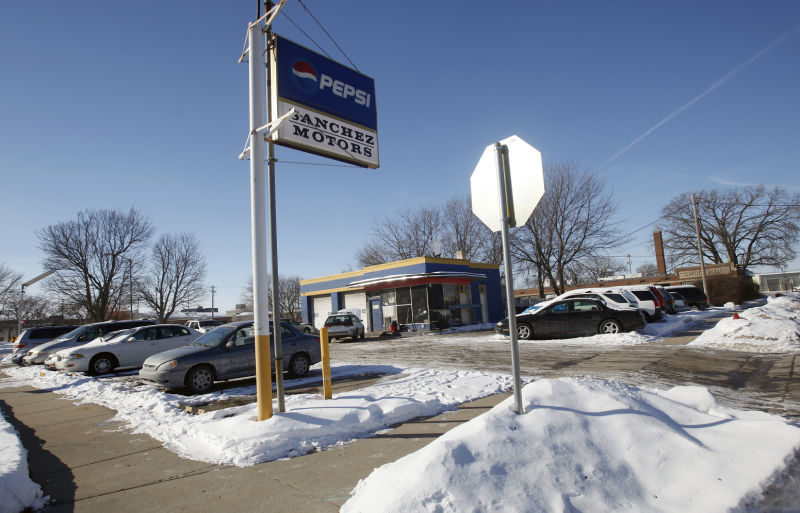 Neighbors of the proposed site of a village of tiny houses for the homeless are trying to stop approval of the plan with a zoning protest petition.

Occupy Madison’s plan to put tiny homes for the homeless on the site of an east-side auto repair shop is picking up support from some residents of the Emerson East neighborhood, but Madison police are coming out against it.

Some of the neighbors of the proposed site at 2050 E. Johnson Ave. who packed a meeting Wednesday night said the planned cluster of eleven 99-square-foot tiny homes would lower property values, endanger safety and pose sanitation problems.

Residents living adjacent to the site were especially concerned. They objected to the lack of screening of residents of the tiny homes and social services to help the homeless people curb undesirable behavior.

But many of the more than 100 neighborhood residents who gathered at James Reeb Unitarian Universalist Congregation welcomed the proposed construction workshop and village of tiny homes as a way to diversify and enrich the area.

Responding to others' worries over drug and alcohol use, violence and possible child molestation, Kate Sandretto said annoying or illegal behavior is a risk with any new neighbor.

She and her family have dealt with noise, drug use, gun violence and other problems with a neighbor on East Dayton Street, she said.

“Nobody is vetting anyone over there. No one is providing social services there,” she said. “There are no assurances when you buy property what neighbors you’re going to get in the future."

Sandretto said she would be delighted to have the enterprise in the neighborhood, especially to broaden her children’s humanity.

“I want them to understand that you don’t need a mortgage and a bank account to have worth and dignity," she said.

Small houses are an alternative form of transitional housing for the homeless being tried in a number of cities. Occupy Madison, Inc., a nonprofit organization that grew out of the political protests of 2011, has been public for months about its goal of developing a village of tiny homes for the homeless in Madison.

The proposed development would convert the auto shop to a workshop to build tiny homes which would then be placed on the property. Each tiny home would have a composting toilet, and that waste would be removed by a porta-potty company, according to the plan. In addition, existing plumbing at the auto shop would be used to form four flush-toilet bathrooms, as well as add showers.

But Jay Lengfeld, captain of the Madison Police Department’s north district, said the proposed site is the wrong place for a village of tiny homes.

“We are opposed to this development at this time,” Lengfeld told the crowd. The site is too close to East High School, Emerson Elementary School, as well as Demetral Park, where there are already problems with drug and alcohol use, he said. “We believe this will increase calls for (police) service.”

After some speakers accused police of reacting to the kind of stereotypes of the homeless that worried neighbors, Lengfeld said that his opinion is based on the track record of the Occupy Madison tent encampments in 2012.

The group camped in three locations that year: the 800 block of East Washington Avenue, on the lawn of Dane County Human Services headquarter on Northport Drive, and on private property on Portage Road on the east side.

At each location, calls for police service increased, there were problems and the group was asked leave, Lengfeld said.

“It’s important to know this is based on data and experience,” he said.

Brenda Konkel, a vocal homeless services advocate and board member of Occupy Madison, told the group that she was surprised by the police opposition. Occupy Madison members participating in the project to build the tiny houses have had good relations with police officers and administrators and no problems at their current rented east-side workshop, she said. She said in follow-up email messages that they had been “blindsided” by police.

Konkel told the crowd Wednesday that it was hard to hear stereotypes about who and what homeless people are. It’s hard to find affordable housing in Madison, where a 2 percent vacancy rate drives up rents and landlords require significant deposits to secure housing and move in, she said.

“The system is not working for them," said Konkel. "They’re trying to do something a little bit outside the system.”

Neighbors of the proposed site of a village of tiny houses for the homeless are trying to stop approval of the plan with a zoning protest petition.