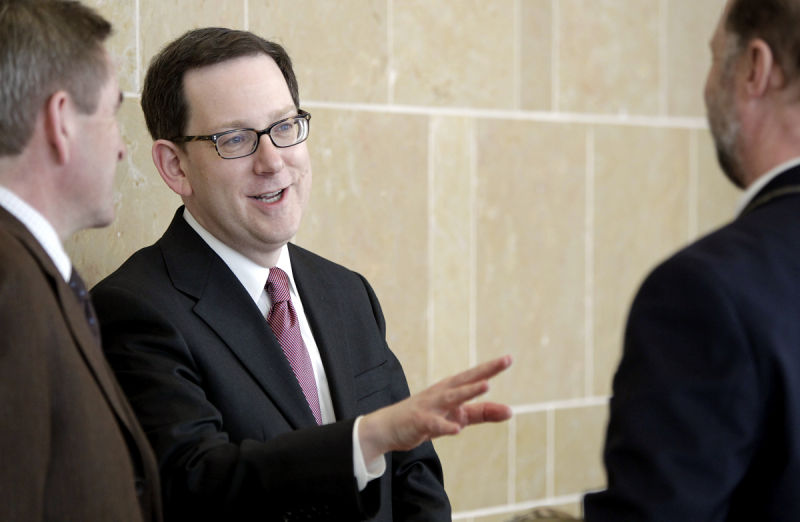 Michael Schill, a finalist for UW-Madison Chancellor, meets and greets members of the public in the Mead Witter lobby at the Chazen Museum of Art in Madison Thursday afternoon, March 7, 2013. 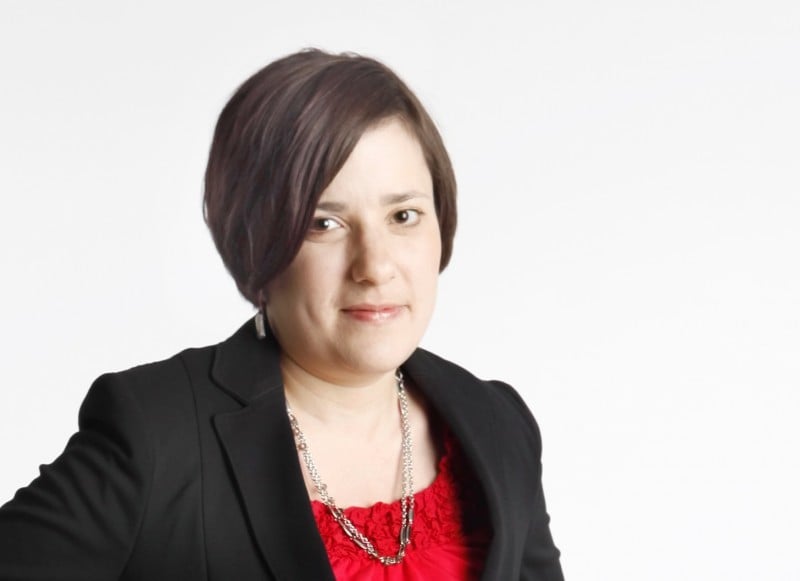 If you ask The Education Optimists, Michael Schill is the guy for UW-Madison.

Sara Goldrick-Rab, faculty senator and associate professor of educational policy studies, pledged to assess each of the four candidates for chancellor.

The Wisconsin State Journal has been writing profiles about each candidate as they have come to visit, but no other online outlet has been as candid in their assessments of the cadidates as Goldrick-Rab, whose Education Optimists blog is well-known in higher education circles. Although she has not yet finished handicapping all of the candidates, she couldn’t wait until she had finished to declare Schill a strong choice.

“My instinct is that he’s an excellent pick for Chancellor,” Goldrick-Rab writes in “In Support of Michael Schill, Candidate for Chancellor of the University of Wisconsin-Madison,” which was posted last week.

Schill, dean at University of Chicago Law School, understands UW-Madison’s assets and weaknesses, Goldrick-Rab declares, from shared governance and a commitment to social justice to insufficient diversity and misunderstandings around accountability.

Goldrick-Rab was wowed by Schill in person during his visit to campus on March 7, noting his willingness to focus on those greeting him at a public reception, without looking over their shoulders for someone presumably more important as some other chancellor types she has encountered have done.

Goldrick-Rab was pleased with Schill’s remarks on affordability, “keep tuition low and aid high,” and his not talking about competitive pricing or peer comparisons. She likes his writing on low-income housing, immigration and race, but isn't thrilled by a history of funding from big banks.

Goldrick-Rab was underwhelmed by candidate Kim Wilcox, outgoing provost at Michigan State University, who visited campus Monday. He’s been in the job market for a while, Goldrick-Rab reports, including unsuccessful bids at University of Hawaii-Manoa (and reportedly) in Minnesota last year, as well his missing out at the top job at the University of Wyoming while a finalist for the University of Wisconsin post.

Wilcox’s experience in the top-down governance of Michigan State would not be an asset at Madison, she says. Goldrick-Rab also raises red flags about Wilcox’s role in consolidating departments at Michigan State and progress on achievement gaps among racial and ethnic groups during his tenure there.

Nick Jones is a bit of an enigma, Goldrick-Rab says. Now dean of engineering, Jones has spent most of the last 30 years at Johns Hopkins University, “small, very privileged, and well-known for being incredibly siloed,” she says of the candidate who visited on March 5. He is unprepared for the job at Madison, Goldrick-Rab concludes.

Goldrick-Rab says she’ll weigh in on Rebecca Blank after her visit to UW-Madison on Wednesday. In a note about her candidacy on the university's website, Blank calls herself well-suited to lead the university after decades of teaching and research at top educational institutions and four years at a 45,000-employee, $10 billion annual budget government institution. The latter is the U.S. Department of Commerce, where Blank is currently acting secretary.

Michael Schill, a finalist for UW-Madison Chancellor, meets and greets members of the public in the Mead Witter lobby at the Chazen Museum of Art in Madison Thursday afternoon, March 7, 2013.