Kurt Loewenkamp and Leah Wicander were better prepared Saturday to take on a run over unusual terrain.

The couple learned from the last time they ran the 5K race on icy Lake Mendota as part of the Frozen Assets festival. Wicander said the sun had come out and started melting snow and ice, causing her to fall multiple times. This time, the Madison East Siders sported Yaktrax — slip-on traction devices — over their running shoes.

And a chilly 10-degree temperature and overcast skies at the race’s start time offered preferential weather.

“I prefer cold-weather running, because it’s just too uncomfortable otherwise,” she said.

The Frozen Assets festival brought out first-timers and longtimers Saturday for activities and events on the icy surface of Lake Mendota right outside The Edgewater hotel. Celebrating its 10th anniversary, the family-friendly event acts as a fundraiser for organizer Clean Lakes Alliance.

“Our lakes are our biggest assets, and when they’re frozen, they are our largest parks,” said James Tye, executive director and founder of the nonprofit. “It’s really easy to access them and the idea is that Frozen Assets celebrates our lakes.”

More than 600 people turned out for the 5K walk and run that had participants racing along the snow-covered lake. Children tried their hand at hockey and sipped hot chocolate. Skydivers with Seven Hills Skydivers put on a show by dropping thousands of feet and gracefully landing on the lake’s surface. And colorful kites flown by people from across Wisconsin dotted the air above Madison’s largest lake.

Dale Bowden was among those with the Wisconsin Kiters Club putting on the display. While the large kites were flying well enough, the Wisconsin Rapids resident and regional director of a national kite flying association said the wind was too spotty to support “line laundry” — decorative elements hung from the line of a kite.

“I’ve got 12 cats. I’ve got a Minion. I’ve got a bunch of little dogs. I’ve got a couple fish,” Bowden said of his line laundry. “If the wind was good and steady, I could get everything out. But being spotty, we got to babysit the kites more.”

Regardless, the display was still impressive to Robin Ehrler and her husband, who regularly attended Frozen Assets with their children before they were grown.

“In the wintertime, there’s not a lot of things you can actually do outside,” the Sun Prairie resident said. “But we do love to come and watch the kites.”

Jessie Stankey and her two children were attending their first Frozen Assets after friends told them about the festival, which has raised about $1.3 million in the past decade for Clean Lakes Alliance to do water quality improvement work in the Yahara River watershed.

“We came out so we could look at the kites and watch all that and go ice skating,” Stankey said.

Her 8-year-old son, Julius, quickly added, “and play hockey,” followed by daughter Miriam, 4, chiming in with, “and meet up with my friends.”

Throughout the week, Clean Lakes Alliance hosted panel discussions and educational events about the ecological and economic benefits of healthy lakes.

When the lakes freeze over in the winter, Tye said anybody can enjoy them regardless of whether they own a boat or know how to swim.

“We’re a state Capitol, a university town and then we have the lakes,” he said. “That’s what makes us special.”

Gabe and Faith Zittlow were making a weekend out of the festival. The Green Bay couple was part of the group displaying the kites, which will be flown again from 10 a.m. to 2 p.m. Sunday. On Friday night, the kites were flown with strips of LED lights on them.

“We try to put as much color in the air as possible,” Gabe Zittlow said as he ice fished on Lake Mendota, finding no luck by late morning.

Middleton resident Laura Guse was attending Frozen Assets for the first time and already intends to return next year and participate in the 5K. She said she was particularly fascinated by the speed at which the skydivers were coming in but how quickly they would slow down for a soft landing.

Asked whether it made her want to try skydiving, Guse said: “That thought went through my head, but then I was like, ‘Oh no, I’m afraid of heights.’”

As for Loewenkamp and Wicander, the couple who ran in the 5K, the plan was to enjoy the complimentary beer after the race before grabbing lunch somewhere else Downtown.

“A very typical Madison Saturday for us,” Wicander said. “Something active and then something inside eating and drinking. Life’s about balance.”

"It's really about science, education, fun and conservation."

2 killed in Dane County crash; vehicle struck from behind and pushed into oncoming traffic

The driver and passenger in the first vehicle died at the scene, according to the Dane County Sheriff's Office.

Life in the 353? Madison region getting new area code

With the 608 area code about to run out of phone numbers, southwest and south-central Wisconsin will be getting a new area code — 353 — by late 2023.

Madison to reduce speed limits on 2 more streets this year

Madison will reduce speed limits on two more streets in the final push this year in the city’s Vision Zero campaign aimed at curbing traffic deaths.

Neighbors, preservationists to fight proposal to build next to landmark tavern on Near West Side

The current owner of the Old Spring Tavern and an adjoining vacant lot contends that any new structure next door will fit the neighborhood and adhere to city rules.

Sen. Ron Johnson has called for the end of guaranteed money for Medicare and Social Security, trafficked in election conspiracy and dabbled in pseudoscience around the coronavirus.

The man was pronounced dead at the scene and an autopsy was completed on Thursday, but a cause of death has yet to be determined, authorities said.

Michels' comments were quick to draw criticism from Gov. Tony Evers, who he will face in the Nov. 8 election, where reproductive rights have become a rallying cry among Democrats.

UPDATE: Madison police say Laniyah R. Hampton has been found, but Paul Williams III remains at large and that they are no longer looking for either vehicle in the case.

Nigeria flooding: Highest waters in a decade kills over 300 people 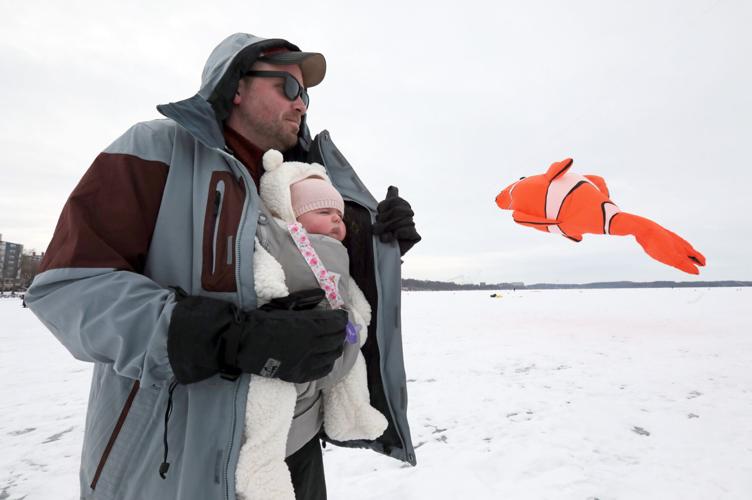 Galen Heyne and his 3-month-old daughter, Izzy, are dressed for Saturday's cold conditions during a visit to the icy surface of Lake Mendota for the Frozen Assets festival. 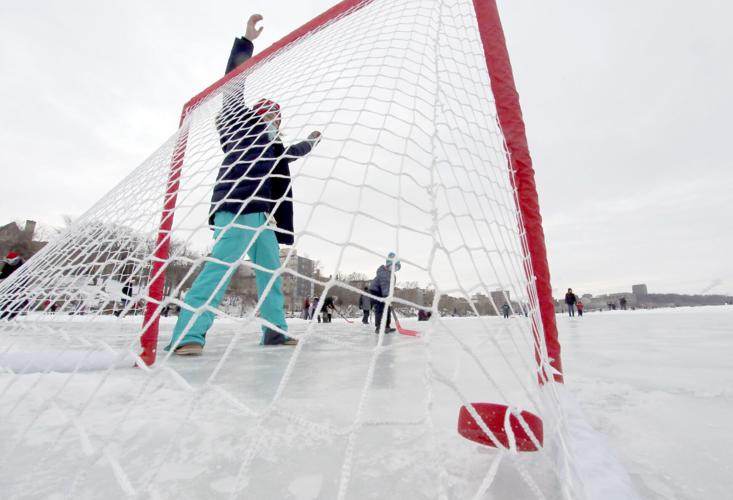 The Frozen Assets festival, a fundraiser for organizer Clean Lakes Alliance, included several activities to keep children entertained, including a youth hockey rink where volunteer Elissa Tikalsky helped youngsters hit the back of the net. 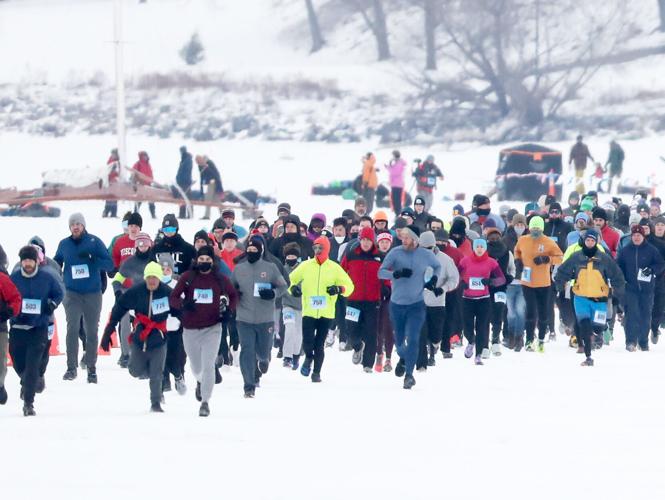 More than 600 people joined in either running or walking the 5-kilometer course that started outside The Edgewater and went along the shoreline toward the UW-Madison campus before doubling back to the hotel. 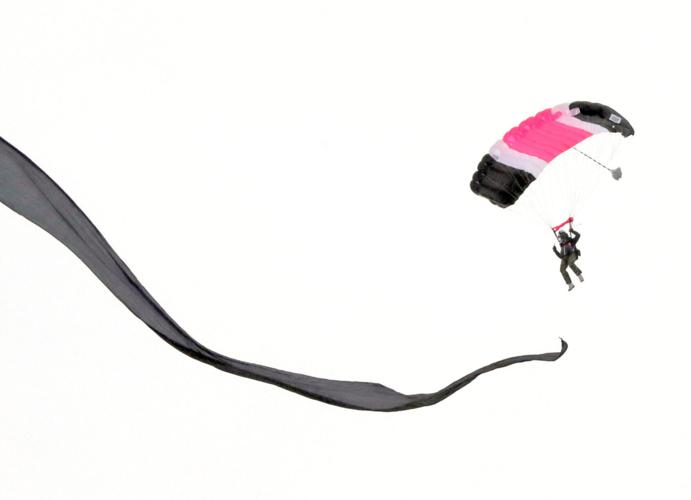 A skydiver with Seven Hills Skydivers descends behind the tail of a kite being flown on Lake Mendota. The kites will be back on the lake from 10 a.m. to 2 p.m. Sunday. 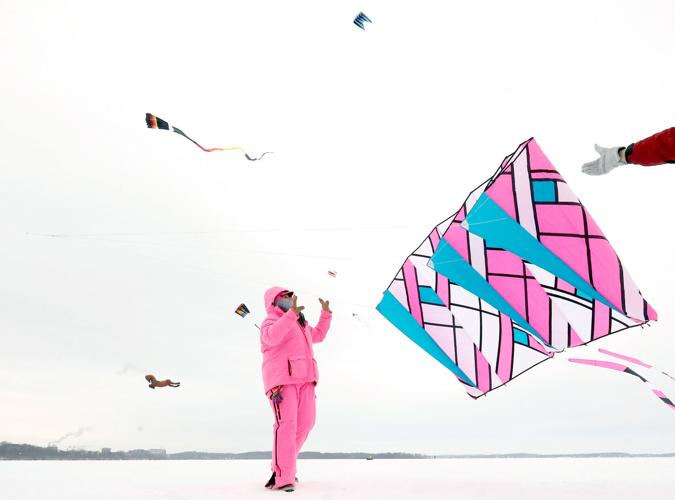 Faith Zittlow, of Green Bay, launches her large kite for the display that was put on by members of the Wisconsin Kiters Club.