For years, Ocejo was an accomplished social worker serving the Madison area. But a grief-induced downward spiral led to a felony conviction in 2008 and prison time.

Twist No. 1: Her early professional successes actually complicated her rehabilitation.

“I started questioning a lot of things that were going on in this community,” she said. “I don’t care how liberal or progressive people in Madison think they are, I really found out that they were not. And that really hurt because I had done so much for this community.”

Twist No. 2: The thing that threatened to derail her life — a criminal conviction — put Ocejo on a new, transformative path.

On Saturday, MOSES for Criminal Justice Reform will honor her and two others with its Transformation Award.

Part of the WISDOM network, MOSES (Madison Organizing in Strength, Equity, and Solidarity) is one of 13 faith-based organizations providing criminal reform workshops, crisis aid and prevention work for the community.

Each year, MOSES honors members of its own collaboration and volunteer network who have dedicated their careers to criminal justice reform or have rebounded from their own criminal convictions.

In Ocejo's case, it's both.

"It's so necessary this year, as we see TV ad after TV ad (say) that anybody who's ever had dealings with the criminal legal system must be a bad person, to be very afraid (of them)," WISDOM Executive Director David Liners said. "That's just not the case."

While criminal justice is a key part of Ocejo's advocacy work, that wasn't always her path.

A Texan native, Ocejo moved to Madison in the early '90s to attend UW-Madison for a science, technology, engineering and mathematics program.

“I just did what I needed to do. I did everything I should, and I never let anything get in the way,” Ocejo said. “And so, that kind of was who I was, that’s how I carried my way through.”

Using her Chicana and working-class background as her drive, Ocejo was acing her classes but soon started to miss the community values she first learned from her father.

“My dad didn’t like politics, but he always felt like he needed to be engaged. It was more the advocacy part of it,” she said.

That built a strong career foundation that connected her with coveted organizations in her field. From there, she worked for high-profile organizations in Madison for years, even participating on hiring boards.

“It was like my whole foundation crumbled out from under me,” Ocejo said. “He was always there for me and he’s stable, and the minute (he’s gone), you see my downfall.”

Within a year of losing the person who first taught her the advocacy skills she holds close, Ocejo was in legal trouble herself.

“I was at a low point in my life where all I was doing was hurting myself,” Ocejo recently recalled. Her depression was high-functioning enough to go unnoticed by colleagues and friends, but it led to her getting in trouble with the police, she said.

Ocejo started forging checks toward the end of 2007 — not out of financial need or outside pressures of any kind, she said.

“It’s not a victimless crime,” she said. “There was an impact on somebody else, and it impacted me as well. I do have remorse.”

With no previous record, Ocejo was given an option: Three years’ probation or six months under work release.

But then, Ocejo said, she became involved as a witness in two separate criminal cases. That led to her being convicted of two counts of identity theft and one count of perjury.

“It was confusing understanding what answers (cross examiners) wanted,” Ocejo said. “And when you’re not answering the way they want you, they’ll continue asking in several ways. I already wasn’t doing well; losing my job, losing my apartment, everything.”

By the end of 2008, she’d been sentenced to two years behind bars.

Ocejo’s previous career path and incarceration sparked a series of events that made it difficult for her to receive reentry services once she was released in 2010.

Because Ocejo was only serving a total of two years, she wasn’t eligible for any employment programs during her sentence. And because she was also college-educated, had a steady career and sat on several local and national boards prior to being incarcerated, Ocejo was considered low-risk and therefore not a priority for workshops or counseling during the exiting-incarceration process.

Once out, Ocejo was unable to find a job for months. She also had difficulty enrolling in health care.

“After you’ve gotten turned down so many times and gotten on the waitlist for every service you can ... it (takes a toll),” Ocejo said.

Fighting to reconnect with her community almost demoralized Ocejo to the point of leaving Madison altogether. But JustDane offered her reentry services, and Ocejo’s life started turning around.

JustDane has been providing the Madison community with reentry services since 1971. In fact, prior to her incarceration, Ocejo worked with JustDane from time to time when the program and she had a client in common.

After receiving care and building a relationship with JustDane organizers through volunteer work, Ocejo was asked to join JustDane’s board. In 2016, she joined the team as a bilingual resource specialist.

“I kind of feel like it all came full circle,” Ocejo said. “When I walked through the doors of (JustDane) just so defeated, they didn’t treat me like I was different, and they knew (about the criminal case).”

Having been turned away by former employers, Ocejo says she especially admired the way JustDane provided an equitable level of care to every client.

“JustDane didn’t create a miracle; what I needed was what I got. I needed the support and someone to understand what I was going through without judging me,” Ocejo said. “And that’s what they did for me.”

Now, MOSES is commending the way Ocejo committed to turning her life around, asking her to share her story and provide reformative insights to its network at the Transformation Celebration Gala on Saturday. The gala, which is sold out, also will honor two other recipients, Jerome Dillard and Dennis Peterson.

Dillard is executive director at EX-incarcerated People Organizing (EXPO), which works toward ending mass incarceration and helping those who have recently finished their sentences.

Peterson is a local musician who also works as a cancer test engineer.

With the Transformation Awards, Liners said, “(MOSES wanted to) say, ‘This is who these people are.’ And kind of give them the recognition they ought to get.”

MOSES fifth annual transformation celebration gala will be held from 5:30 to 9 p.m. Saturday at Brassworks at the Good Community Center, 214 Waubesa St.

The Dane County jail consolidation project is the county's biggest public works project on record. It started as a push to reduce the jail's p…

Last spring, Madison School District administrators shelved a plan to get rid of stand-alone honors classes, but the proposal is back before the School Board.

Kelly Lecker: We've been separating fact from fiction ahead of Nov. 8 election

The Wisconsin State Journal newsroom has been working hard to discern the fact from fiction and lay the issues out for you.

The dueling options come after the County Board rejected three different paths forward in August.

Find out when and where to start skiing, your best bets for winter birding, where the Soup's On, and info on other wintry rites of passage.

In land acknowledgement, Madison church commits to living 'in accordance with nature'

First United Methodist Church of Madison worked with Ho-Chunk leaders to make the acknowledgement a collaborative experience between the two communities. 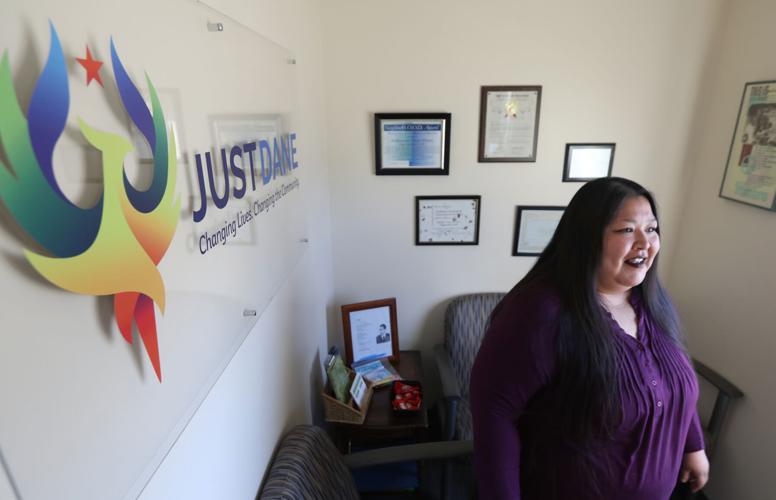 Janie Ocejo is a peer support coordinator and bilingual resource specialist with JustDane in Madison. She is one of three Transformation Award recipients this year, from Madison Organizing in Strength, Equity, and Solidarity (MOSES) for Criminal Justice Reform. 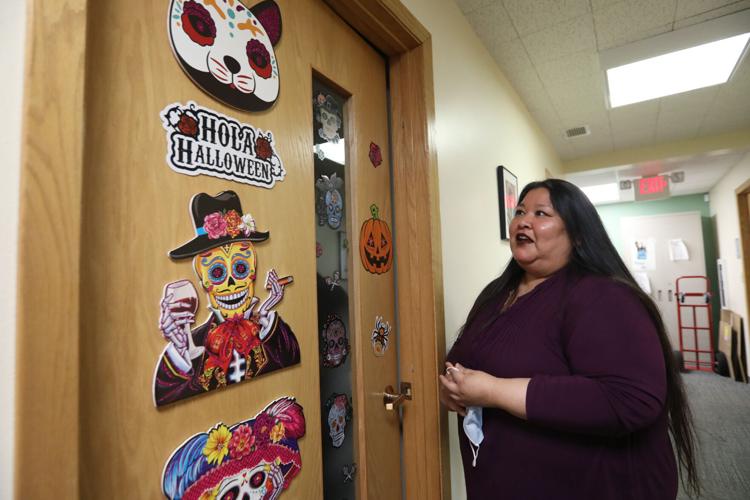 Janie Ocejo, peer support coordinator and bilingual resource specialist with JustDane, has her office door decorated for Día de los Muertos. A former social worker, Ocejo served two years in prison and now helps others who have been incarcerated rebuild their lives.