Despite efforts by multiple Madison emergency crews to save the life of a tundra swan that was stranded on thin ice in Lake Mendota Sunday afternoon, the struggling bird died overnight while receiving treatment at the Dane County Humane Society (DCHS).

But the culprit wasn’t the icy weather. Rather, it was lead poisoning, likely from all-too-human artifacts found in the bird’s intestines: fishing tackle.

On Sunday, multiple people called DCHS to report that the immobile swan might be frozen to the ice about 200 feet from shore west of Picnic Point. DCHS said people were concerned because two bald eagles seemed to have their eyes on the helpless white waterfowl.

The Madison Fire Department responded to the incident around 3 p.m. because DCHS didn’t have the proper equipment to get to the swan safely on the thin ice, said department spokeswoman Cynthia Schuster. Fire crews and the department’s Lake Rescue Team both assisted, as did UW-Madison Police.

Although it may seem like a lot of personnel to devote to one bird, Schuster said the fire department responds to “all kinds of emergencies” and noted that DCHS asked for its help. She added that the incident was a learning opportunity for the Lake Rescue crew.

Two members of the Lake Rescue Team used an airboat, which can travel on both water and ice, to reach the bird. They found that the swan was not stuck to the ice but was having trouble moving, Schuster said.

The two rescuers placed a towel over the swan and then gently placed it in a crate, as DCHS had instructed earlier, Schuster said.

When the team was safely back to shore, the swan was given to DCHS volunteers, who were on scene so it could receive medical attention.

“Although we started treatment right away, the swan did not make it through the night,” the DCHS wildlife center said in a Facebook post.

Sarah Karls, a wildlife rehabilitator for DCHS, said lead poisoning in waterfowl is something the center sees “pretty often.” Typically it’s caused by the ingestion of a piece of lead, most often a fishing sinker.

For this bird, radiographs found what appeared to be a few pieces of fishing tackle in the swan’s intestines, Karls said, noting that one looks like a sinker.

The reason the bird wasn’t moving on the ice was most likely because of the high levels of lead in its blood, not because of the cold, Karls said. DCHS did not find any signs of frostbite.

Even though the bird died, Karls said the efforts of the emergency crews and DCHS were not in vain.

She said a “silver lining” is that the swan didn’t have to suffer in the cold and that the two bald eagles on the prowl won’t be exposed to the swan’s lead poisoning.

“At least, when (the swan) came to us, it ended up passing away where it was warm and in a quiet environment. Hopefully, that reduced the suffering of that animal,” Karls said. “We did a good thing, not just for one animal, but at least three.”

A puppy who had to have his leg amputated after he was thrown from a car window on Park Street was adopted Thursday. 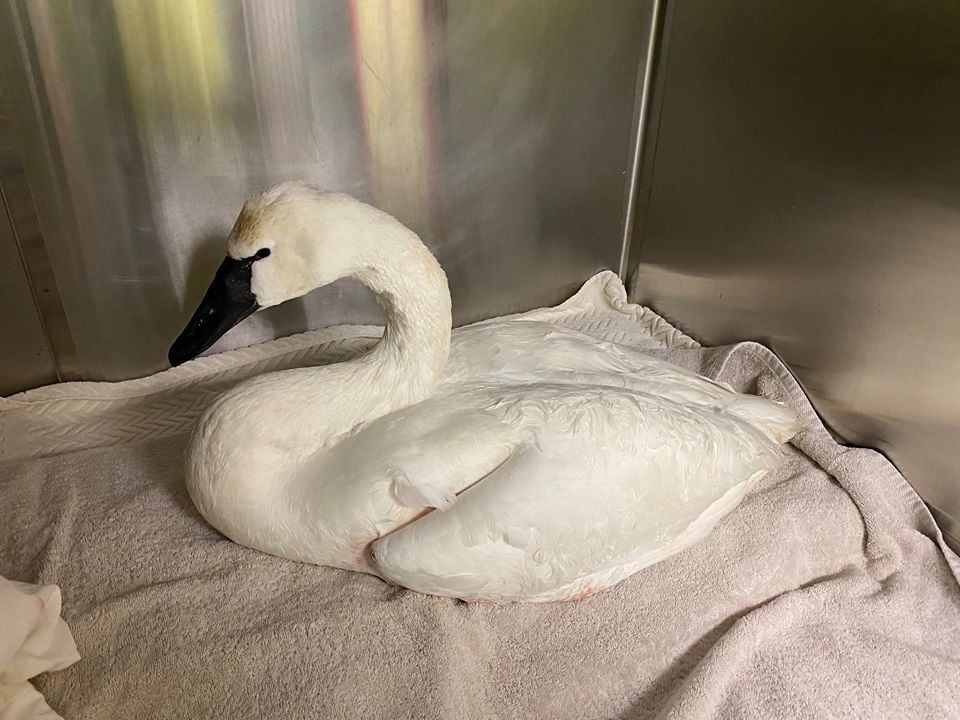 After being rescued from Lake Mendota's ice by Madison emergency crews Sunday, the tundra swan died of lead poisoning at the Dane County Humane Society overnight. 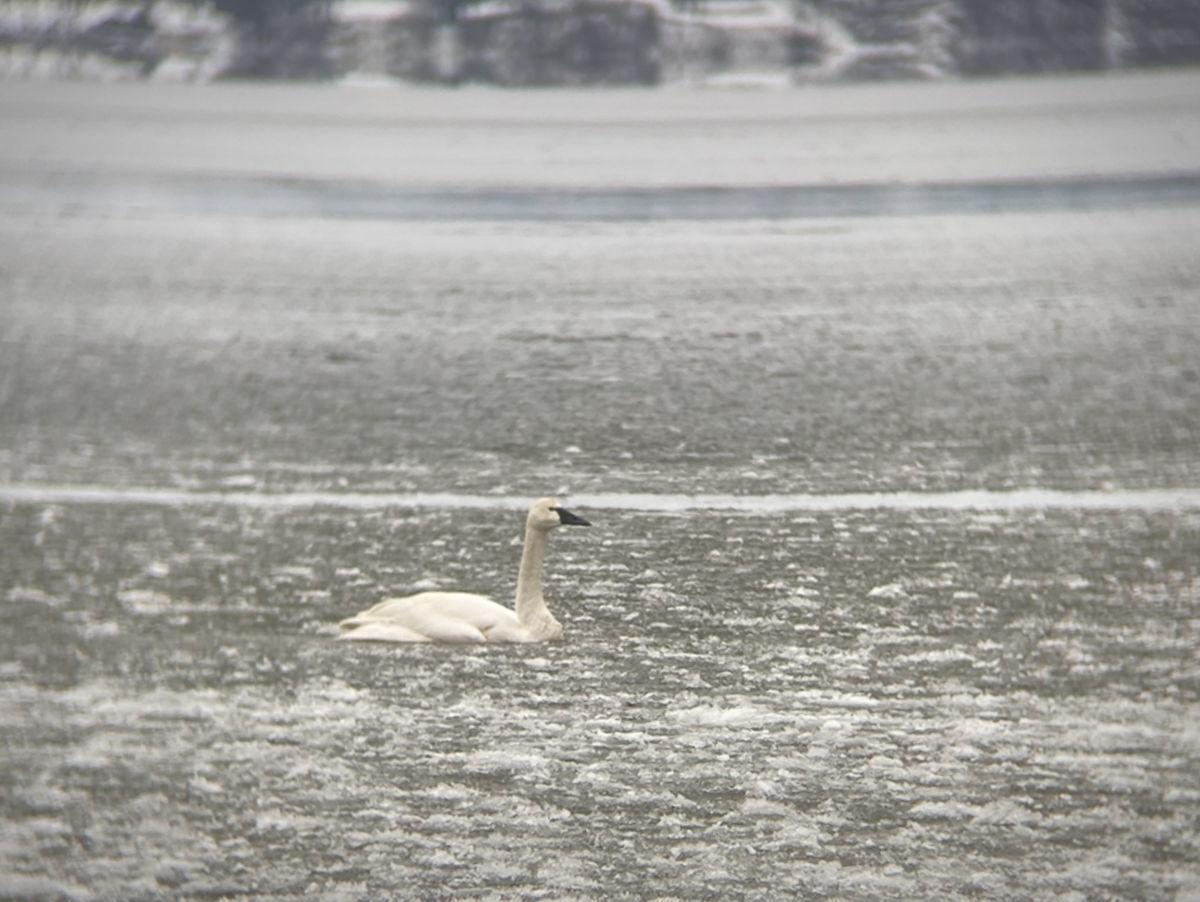 A tundra swan appeared to be stuck on thin ice just off of Picnic Point on Sunday. Emergency crews rescued the animal, but it died later at the Dane County Humane Society. 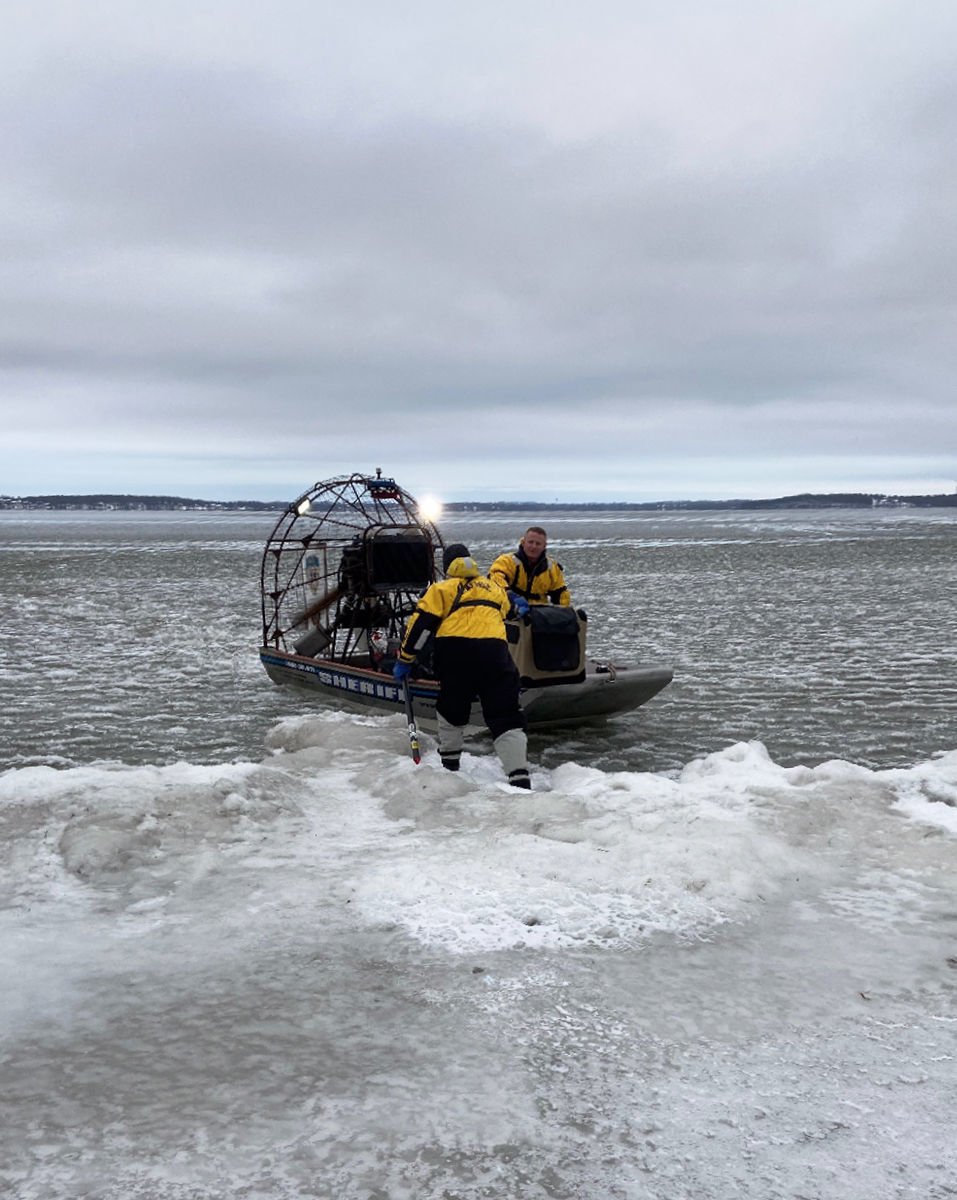 The fire department's Lake Rescue Team used an airboat to reach the bird. The specialized boat can travel on both water and ice.