MADISON—Norman C. Anderson, age 92, died on Saturday, June 27, 2020, at Capitol Lakes in Madison. He leaves a legacy of love for his family, leadership for his state, protection for the environment and a love of law that brought justice to many.

Born March 11, 1928, in Hammond, Ind., his parents were immigrants from Sweden. He spent summers in Wisconsin as a youth and fell in love with the state. He came to Wisconsin to attend the University of Wisconsin, earning his bachelor’s degree in 1951 and his law degree in 1954.

He started school when he was four years old because his parents thought “he was very bright.” After graduating from high school in 1945, he enlisted in the U.S. Army and served in the Panama Canal Zone—“on the rainy side,” he told friends.

While he was an undergrad at UW majoring in political science, he was on the staff of The Daily Cardinal and sang in the Men’s Glee Club. While he was in Law School, he served Dane County as the acting coroner and then went into general practice law. But within two years of getting his law degree, he overcame his innate shyness to run for public office because, as he said, “I thought I could make a difference.”

He was elected to the Wisconsin State Assembly in 1956. When he was defeated in 1958, he was appointed chief clerk of the Assembly and then was re-elected to his previous seat in 1960, serving through 1976, including as Speaker of the Assembly from 1971 to 1976. He also became a Dane County Court Commissioner in 1960 and held that post for 22 years. In addition, he served as a parliamentarian for two public employee unions.

In the Legislature, Anderson drew on his experience as acting coroner to push for legislation requiring people in automobiles to wear seat belts and for motorists to wear helmets. He became well known for his advocacy for environmental protection. He was named the Conservation Legislator of the Year by the Wisconsin Wildlife Federation in 1970 and was also honored with the Centennial Medal of the Wisconsin Academy of Sciences, Arts and Letters for his legislative achievements on behalf of the state’s natural resources. When he left the Assembly at the end of 1976, his colleagues praised him as “the legislature’s conservation expert.”

In that resolution honoring his nearly two decades of service in the Assembly, his colleagues took note of his leadership as Speaker, praising him as “one of the best presiding officers of the past quarter century or more because of his superb mastery of the rulebook and its precedents.” They described him as a “quiet politician with immense intellectual ability and aptitude” who acted with “firmness and care, not harshness or bias.”

After Anderson left the Legislature, he continued his law practice as a partner in Wheeler, Van Sickle and Anderson, was president of the Madison Police and Fire Commission, a commissioner for the Madison Redevelopment Authority and served on the board of Oakwood senior living facilities. He co-founded and served as president of the Dane County Natural Heritage Foundation (now Groundswell Conservancy).

For all of his accomplishments as a public figure, there was an incredible richness to Anderson’s personal life as well. While working at The Daily Cardinal as a student, he met a staff member named Eleanor Shefferman. They became a couple, got married on the last day of 1954 and had four children, Marie (Lewon Millard), Carl (Kimberly), Ruth (Tom Kent) and Eric (Ellen).

That led to 10 grandchildren, Katie Lopez (Ricardo), Bryan Millard, Evan, Eric and Jack Anderson, Kirsten Neumann (Brian), Gretchen Kent, Ian, Henry (Saryn) and Eva Anderson and five great-grandchildren. When Eleanor died in 1994, Anderson lived on his own until he met Peggy Powers on Jan. 27, 1998. He proposed a week and a half later, they were married on March 15, 1998, and have had 22 years of married life together through which he also gained three stepchildren, Nancy, Andrew and Sarah Krueger.

Anderson loved woodturning, hunting, fishing, playing tennis and music. He enjoyed time at 160 acres in Marquette County and at a family cabin in Vilas County. He was part of the Madison Literary Society. The many wood gavels he made over the years are part of the inheritance he leaves to so many people in so many ways.

He was preceded in death by his parents, Carl and Alma; and by his brother, Arvid (Avis).

There will be a memorial gathering at some point in the future. Gifts in Anderson’s memory may be made to Groundswell or UW Carbone Comprehensive Cancer Center. Online condolences may be made at www.gundersonfh.com.

To plant a tree in memory of Norman Anderson as a living tribute, please visit Tribute Store. 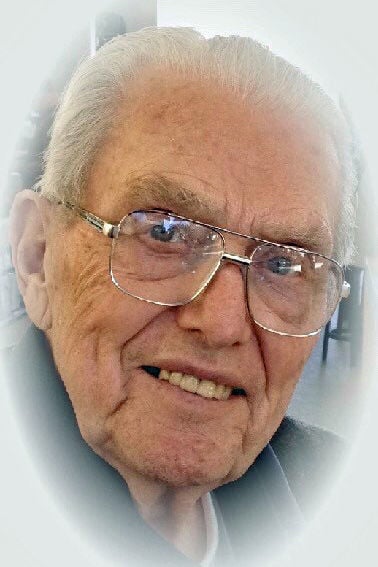