It’s impossible to forget that part of the new Hotel Indigo on East Washington Avenue was once a Mautz Paint warehouse.

For one thing, parts of the 100-year-old building remain intact. For another, the allusions to painting are inescapable: paint brushes and cans as art displays, stylized “paint” dripping down from every guest room mirror, framed pictures of paint cans in the bathrooms, the huge Mautz sign looming over the hotel reception desk and a restaurant named Palette.

In a time when boutique hotels are en vogue, Hotel Indigo, which opened last Thursday, takes homage to its home city to the next level.

Hotel Indigo is just one phase of developer Curt Brink’s vision for the 900 block of East Washington Avenue, named Archipelago Village. Up next: an 11-story, 257,200 square-foot office building.

Brink and investors Jim and Marlene Korb bought the four acre property in 2002. On the site was the five-story historic Kleuter building at 901 E. Washington Ave., built in 1916. The building was originally a warehouse for Kleuter & Co grocery. Mautz Paint later moved to the block and took it over.

Brink rehabbed the historic five-story building and connected a new five-story building, turning the property into Hotel Indigo, a 144-room hotel and restaurant. Rooms start at $184 a night, though there are discounts for booking early.

There are 60 distinct Hotel Indigos throughout North America. The chain's website proclaims: “No two neighborhoods are alike. Neither are any two Hotel Indigo properties.”

“Our tagline is ‘colorful and hardworking,’ so it’s all about the influencers of Madison who have helped create the city to be what it is today,” Schomaker said.

Susan Schmitz,  former president of Downtown Madison, Inc. said in 2016 that she sees the boutique hotel trend as a desire for authenticity.

“It identifies us in a way that we’re not just Anywhere, USA. We’re not just a cookie cutter. You know, ‘Here’s our regional mall, here’s our chain hotel,’” she said. “I think it has to do with creating the local, authentic, genuine kind of feel.”

Hotel Indigo developers couldn't make cookie-cutter rooms even if they wanted to: they had to keep parts of the historic building as-is. Only so much of the concrete floor could be covered, so the carpet in the hallways stops a few inches short of the wall in each direction. Columns appear at regular intervals throughout the entire building and could not be moved, Schomaker said, forcing designers to plot out mismatching room floor plans to work around them.

Some people value consistency in their hotel stays, Schomaker said. They know that the oatmeal they have for breakfast at one location will be the same across the country. But Hotel Indigo was designed to appeal to travelers seeking unique room designs, art and experiences, he said, especially if they can chronicle those experiences on social media.

“Probably in the last three to four years there's been this insurgence of when people travel, it’s all about the experience,” he said. “I think social media kind of helped dictate that with the whole Instagram 'here’s my food, here are my cocktails, I’m here, look at what I get to do.'"

The hotel restaurant, Palette Bar and Grill, opens April 29. The steak and seafood restaurant will serve breakfast and dinner and provide room service for the hotel. The menu will feature in-house cut steaks, soups, salads and appetizers, said Sara Krowiorz, marketing and events manager for Palette.

The bar will serve 10 tap beers, a selection of wines and a “rainbow” of craft cocktails, intentionally made in a variety of colors, though without food coloring. When summer arrives, guests will have the opportunity to sit on the East Washington Avenue-facing patio.

All the tables in the bar and restaurant, plus every bathroom vanity and the ceiling in the lobby, were made from reclaimed wood by woodworker Ryan Hexum of Wildwoods in Hayward, Wisconsin.

Several new hotels have sprung up around Madison, including the coming 315-room hotel at the former downtown site of Madison Area Technical College and nine-story State Street hotel.

But Schomaker isn’t worried about an oversupply of rooms. Madison and its suburbs continue to grow, he said, and as the city continues to win accolades for livability, that will drive tourism. Schomaker said more hotel rooms make the city eligible to host bigger conferences and events.

“I came from Chicago before I moved to Madison,” Schomaker said. “Chicago saw huge growth in hotels, some would say too many, but every year they keep breaking records in tourism, they keep growing. I feel like Madison is kind of on that same path.”

It’s impossible to forget that part of the new Hotel Indigo at 901 E. East Washington Ave. was once a Mautz Paint warehouse.For one thing, par…

The proposed site at 760 Regent St. is currently a parking lot located across from the Kohl Center, separated by railroad tracks and Southwest Commuter Path.

The 900 block of East Washington has been subject to over a decade of development ups and downs, with several projects never making it past the proposal stage. Now, developer Curt Brink has a new plan to redevelop the property, starting with a boutique hotel.

“This is really is the final piece of the puzzle … converting this former, large construction yard and warehouse operation into largely residential living,” said Ald. Mike Verveer.

“It’s not just our project that’s depending on this, it’s really the other projects that have contacted us, because they will be using the success of our project as a model,” said Susan Wallitsch.

The market, at 1197 N. Sherman Ave., will undergo renovations and updates this summer, aiding its mission to widen the selection of global grocery offerings to better serve the neighborhood. 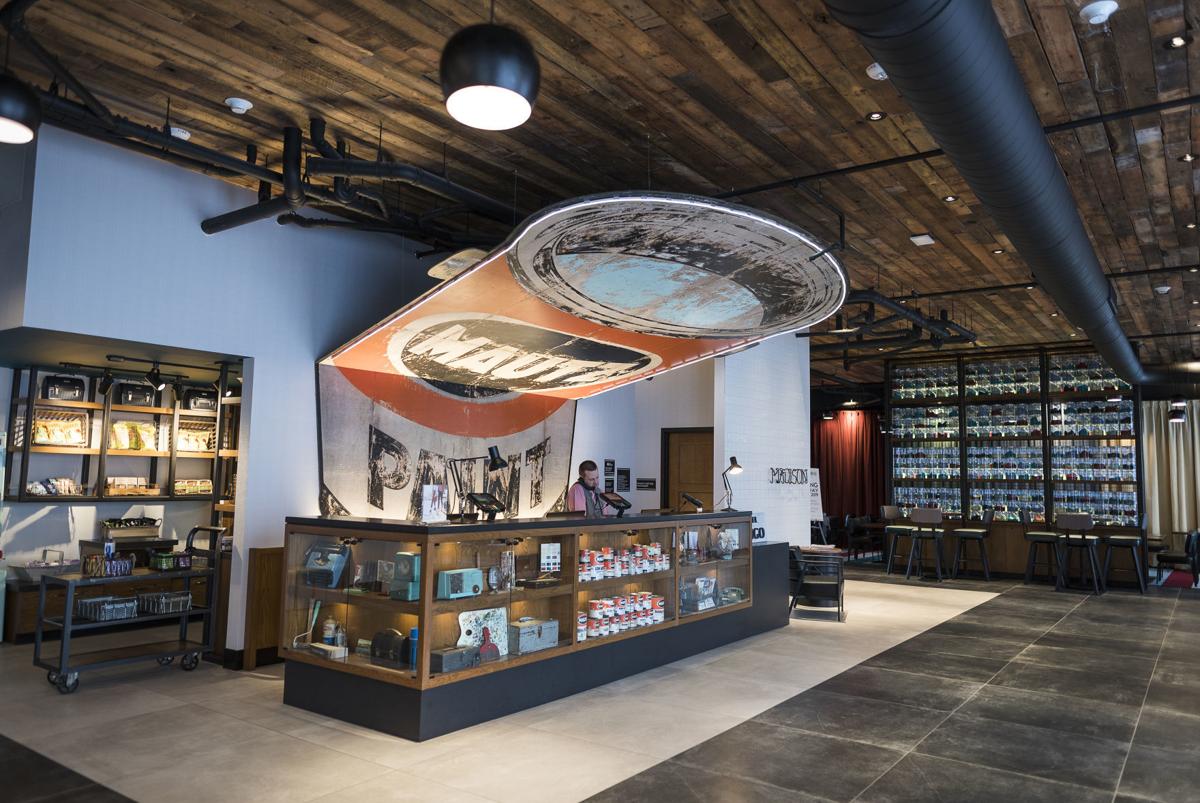 The lobby of Hotel Indigo along East Washington Avenue features the original Mautz Paint sign from the historic building displayed prominently at the concierge desk. 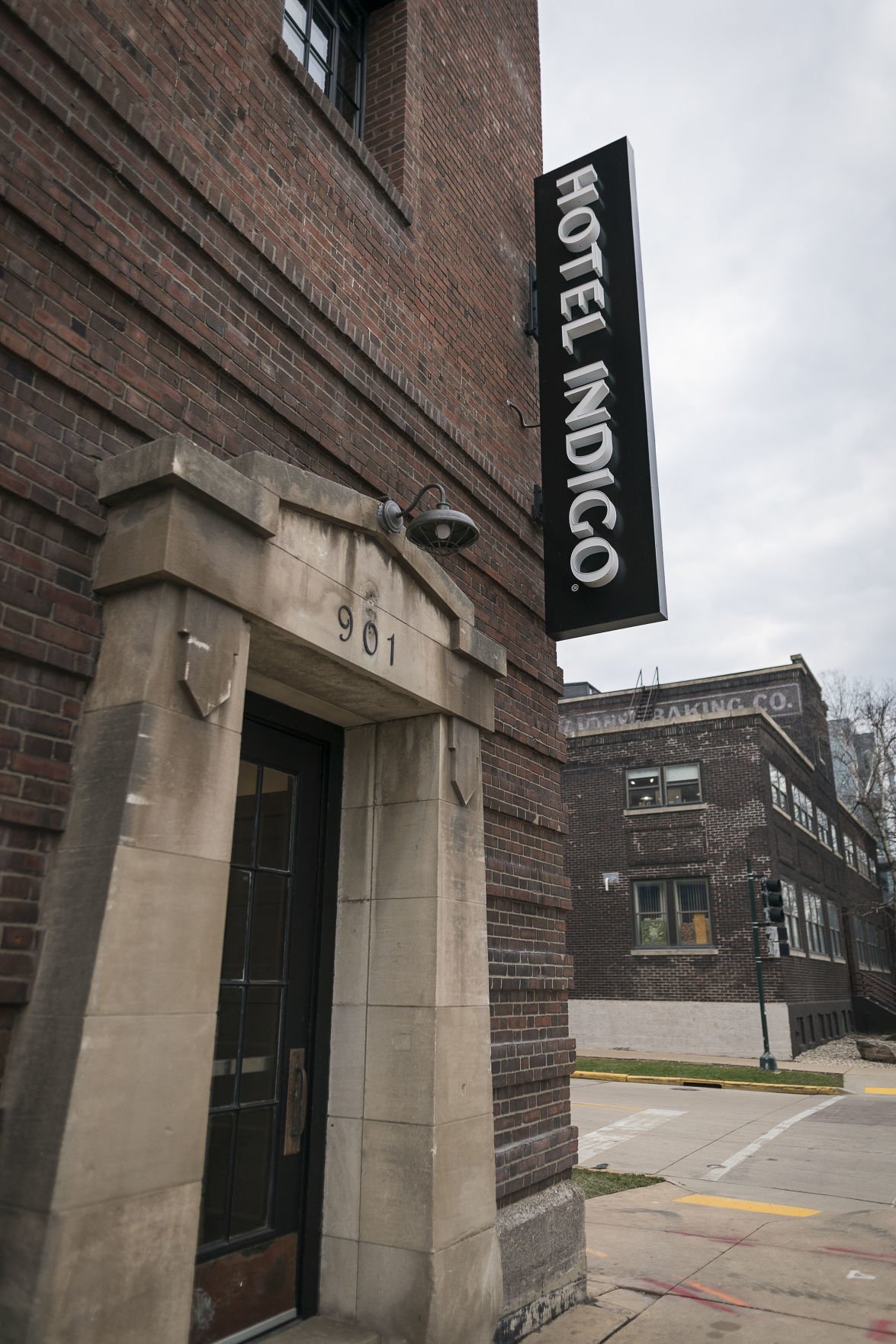 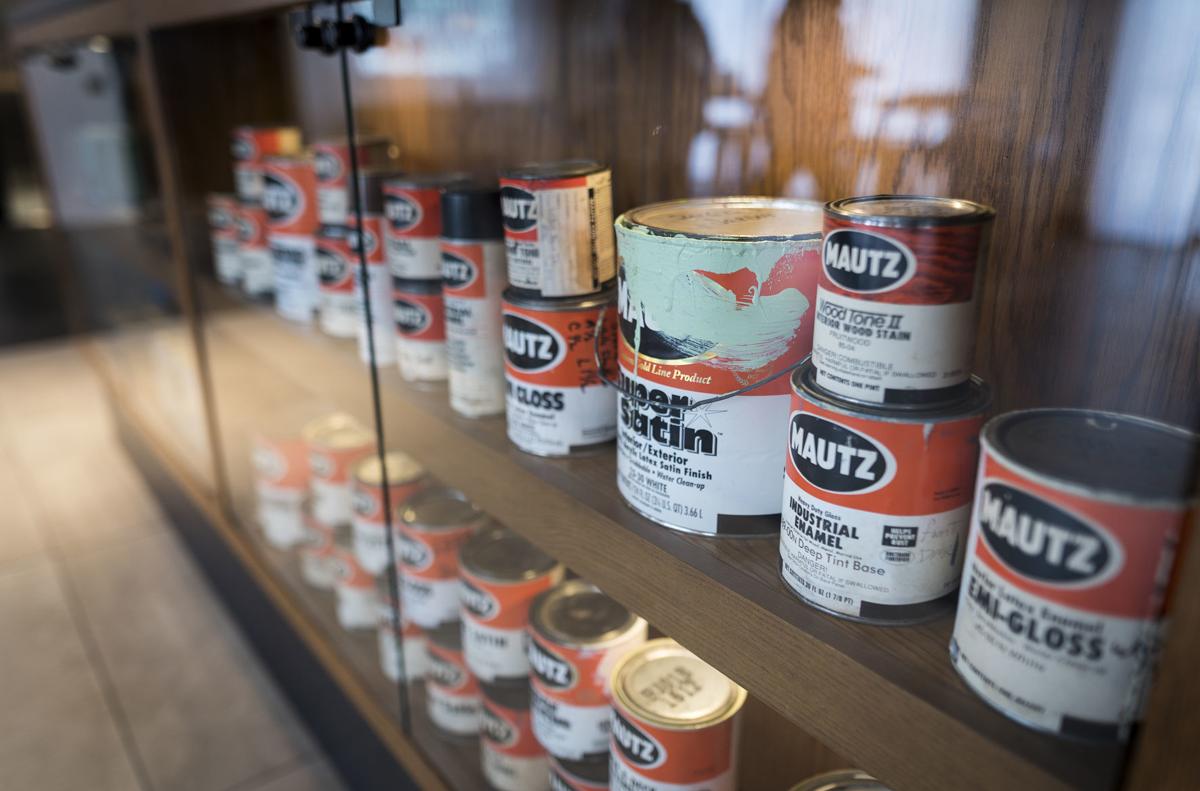 The lobby of Hotel Indigo along East Washington Avenue features gallons of Mautz paint on display. 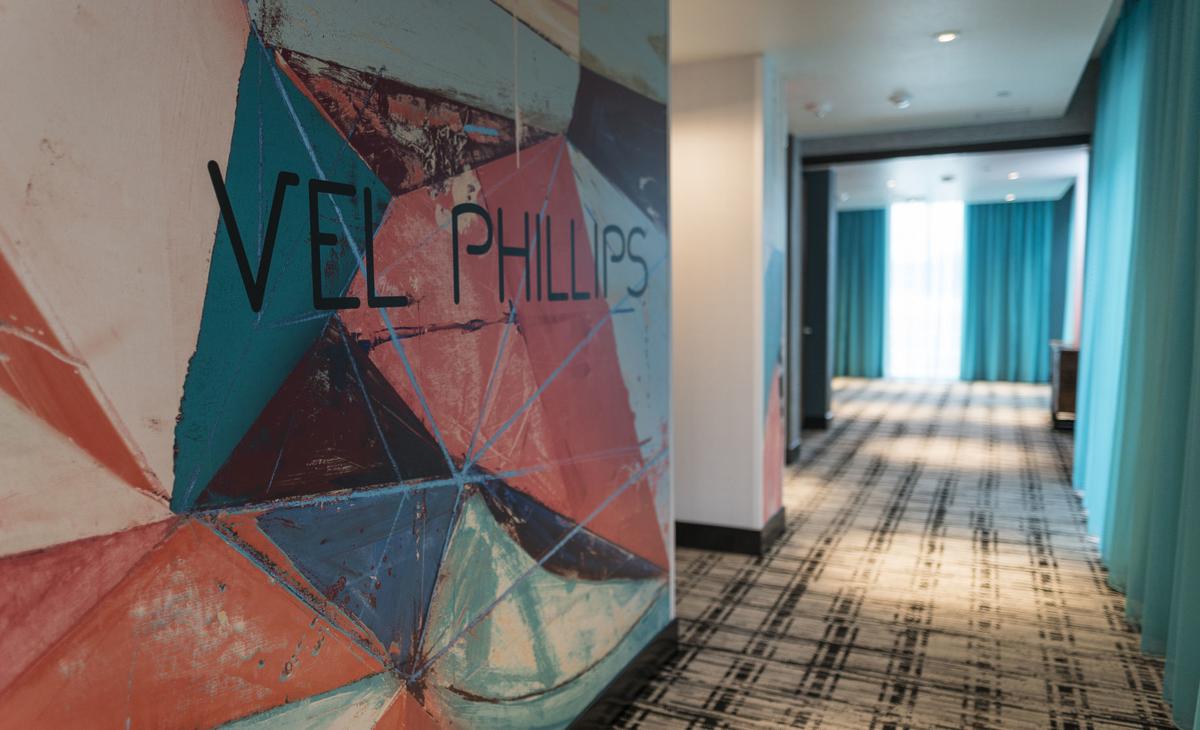