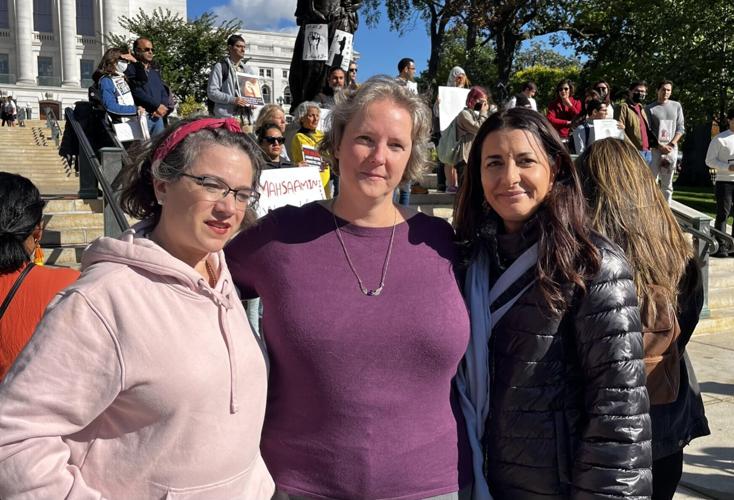 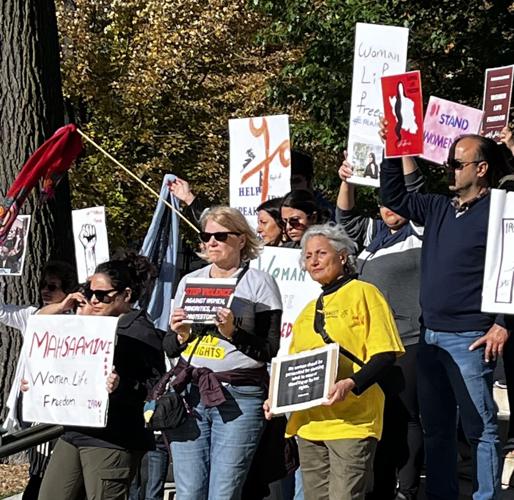 About 120 people gathered Sunday outside the state Capitol in Madison to honor Mahsa Amini, who died nine days earlier after morality police said she violated the country’s dress code. 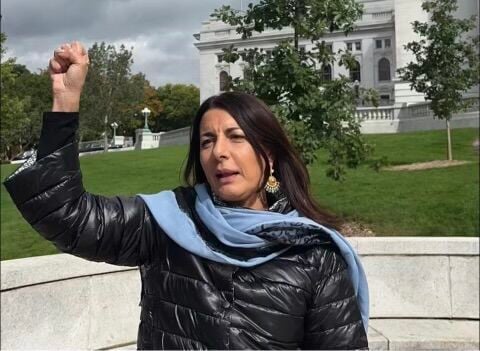 Shiva Bidar, a native of Iran who served for 12 years on Madison's City Council, spoke at an event Sunday at the state Capitol.

Two Iranians living in Madison are cautious but hopeful that demonstrations now roiling Iran over the death of a woman in police custody will lead to changes in the Islamic country known for its strict limits on women’s freedom and antipathy toward America.

“The morality police arrested her for alleged improper wearing of her hijab, which was a sort of nonsense accusation,” said Soroush Aslani, one of the organizers of a gathering Sunday in Madison to honor Amini. “But also even by Iran standards, her hijab was pretty mainstream; she had just a small piece of her hair out.”

That Amini was arrested and beaten while in custody rightly outraged people throughout Iran, Aslani said.

“This was something that resonated with many people across the country from different ages, generations, socioeconomic backgrounds, religious or nonreligious,” he said.

He said people in Iran are asking for the prosecution of the officers who killed Amini, but the reaction of the Iranian government was to use more violence to stop the protests. As a result, he said, at least 55 people have been killed in the streets, with a lot more injured. The government has also limited internet access so activists can’t share news about the protests.

Shiva Bidar, a native of Iran who stepped down in 2021 after serving for 12 years on Madison’s City Council, said the demonstrations in Iran over Amini’s death feel different from past protests.

“People all over Iran have related to the murder of Mahsa Amini because everyone has a sister, a daughter, a niece, a cousin and what happened to Mahsa could happen to anyone. Mahsa is every Iranian’s sister or daughter.”

Aslani similarly saw some reason to be hopeful about change.

“We cannot evaluate the outcome of a protest just based on what happens five days or one month after that,” he said. “This is a series of struggles and efforts to pursue human rights” but “definitely we are making progress.”

Aslani said that those calling for women’s rights and freedoms in the streets of Iran today are different from the people who showed up 20 years ago, 10 years ago, or even two years ago.

“Gradually people are pushing the boundaries and trying to pursue their legitimate liberties,” he said.

Added Bidar, “People wouldn’t be putting their lives at risk if they didn’t have hope that it will make a difference.”

Bidar, who held a sign during Sunday’s event that said “Women Life Freedom,” a slogan of the movement that is being used at rallies in Iran and on social media, said that Amini’s brother pleaded with police not to take her because they were from out of town, but police didn’t care.

In her speech Sunday at the event that drew about 120 people, Bidar said, “In Iran, every social media post, every hashtag, every government site is being controlled, blocked by the regime. In the face of a brutal regime, every person supporting this fight for freedom, every news coverage, every march outside of Iran, is hope for the people marching and fighting in Iran.”

Aslani, who was born in Iran and lived there until he came to the United States for graduate school, said the gathering in Madison was to show solidarity with the Iranian people and let them know that Americans care about women’s rights and human rights.

“And we wanted to be the voice of people who didn’t have sufficient voice on this matter to the world,” he said.

Sen. Ron Johnson has called for the end of guaranteed money for Medicare and Social Security, trafficked in election conspiracy and dabbled in pseudoscience around the coronavirus.

'Gaslighting' Is Merriam-Webster's 2022 Word of the Year

'Gaslighting' Is Merriam-Webster's 2022 Word of the Year 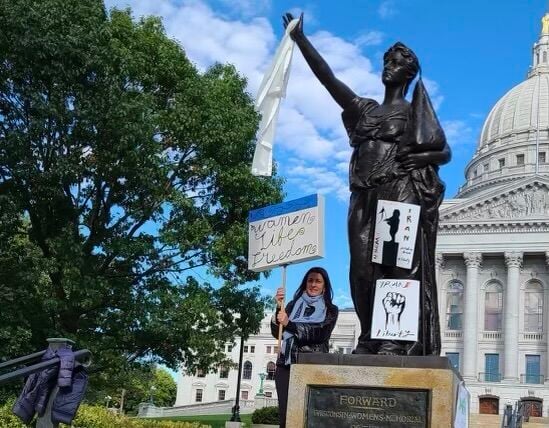 Shiva Bidar held a sign that said "Women Life Freedom," a slogan of the movement that is being used at rallies in Iran and on social media. 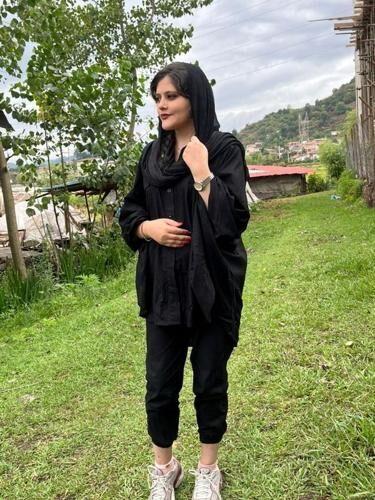 An undated picture of Mahsa Amini from social media.

About 120 people gathered Sunday outside the state Capitol in Madison to honor Mahsa Amini, who died nine days earlier after morality police said she violated the country’s dress code. 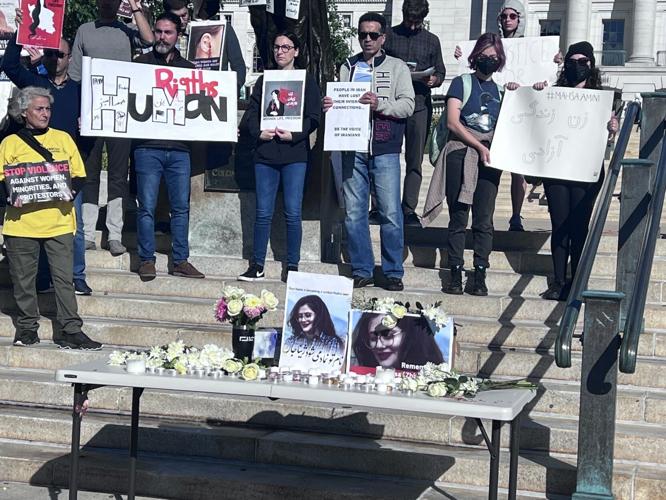 A shrine honors Mahsa Amini during a protest Sunday at the Capitol. Amini died in police custody in Iran following her arrest for improperly wearing her headscarf.

Shiva Bidar, a native of Iran who served for 12 years on Madison's City Council, spoke at an event Sunday at the state Capitol.