Subscribe
Read Today's E-Edition
Share This
'It made a man out of me;' Through scrapbook and photos, veteran Rick Berry shares his Vietnam experience
Share this
Daniela Jaime

When 21-year-old Rick Berry dropped out of college in 1965, he knew that, without his student deferment, he had a strong chance of being drafted into the Vietnam War.

After hearing about the U.S. Army’s warrant officer program that trains recruits to fly Huey helicopters, Berry decided to make the best of his shrunken academic prospects, revisit his childhood affinity for aviation, and enlist.

“It’s extremely hard for me to believe I ever looked that young,” said Berry, 78, looking at a picture of himself in his warrant officer uniform, digitally framed at the Wisconsin Veterans Museum’s touch table.

Born and raised in Stamford, Connecticut, Richard “Rick” Berry was stationed in Vietnam with the U.S. Army in 1967 and 1968. He moved to Madison in 1995 to work at the Wisconsin Wetlands Restoration Program after eventually going back to the University of Connecticut in 1970.

Berry volunteers at the Wisconsin Veterans Museum, 30 W. Mifflin St., on Capitol Square. He gives tours to some of the 80,000 visitors who come to the museum each year, helps with oral research and shares his experiences.

And now, those experiences are tangible: Berry’s mother compiled a scrapbook of her son’s time in Vietnam, framing several photos Berry sent home during his time there.

The scrapbook and several other of his pictures are featured as part of the museum’s Vietnam exhibit, “Souvenirs of Service: The Things They Kept.”

The scrapbook will be open to the public for the duration of the exhibit, according to Jennifer Stevens, Veterans Museum representative.

After enlisting, Berry was sent to Fort Polk, Louisiana, for basic training and Fort Wolters, Texas, to complete his Warrant Rotary Wing Aviation Course. From there, he completed advanced training at Fort Rucker in Alabama, before being deployed to Ankei, Vietnam, as a member of the A Company, 1st Cavalry Division, U.S. Army.

Berry would be there for the next year.

“You receive about 210 hours of student pilot flight time in flight school, very excellent training,” said Berry, “Most of us kind of figured we’re decent pilots when we left flight school. (Then) you arrive in Vietnam. Everybody else thought you were dangerous.”

In his first month, Berry accumulated 229 hours of flight time with 1,122 landings — flying about 4½ hours per day, landing at least four times per hour.

Berry was adopted into the Army’s comradery swiftly, often doing less-than-glamorous work like working in the rear of the helicopter instead of in the cockpit, because it helped him see the “why’s” behind even the most meticulous of mission requests.

The most dangerous of missions were the emergency re-supplies.

Emergency re-supply missions would be executed exclusively at night since the unit in need would need the cargo before the next morning. More often than not, Berry would be delivering ammunition, meaning the landing zone he was headed toward had made contact with the enemy recently, giving them a higher likelihood of being shot at if spotted.

From there, Berry would help transport those wounded or killed in action back to base.

Typically sent to the boondocks, getting a visual of activity on the ground was nearly impossible since there were no lights on the ground and any helicopter light Berry could turn on would be the fastest way to tell the enemy where the landing zone was.

Having to be in and out in about 15 seconds, a lights-out approach was taken for these deliveries; meaning a single trooper would be waiting to flash a red light from the landing zone. Once the red light was spotted, Berry and his co-pilot would land using a series of methods that allowed them to land safely while practically nosediving first.

On the ground, the trooper and warrant officer in the rear quickly unloaded the cargo and got the injured or dead on board.

Other than that red light, Berry was flying in total darkness.

Flying together for hours at a time and eating and sleeping beside one another, Berry forged an irreplaceable bond with his comrades.

“It’s almost difficult to articulate how close that relationship is,” he said.

Spending his day to day with those in his unit, Berry’s nights consisted of poker games and beer, as well as dabbling as a door gunner on his days off.

This was a particularly dangerous hobby, given that door gunners were tasked with firing at the enemy from above and only had a life expectancy of two weeks.

Pilots would find a tired crew chief or a gunner and offer them an extra day off by taking the gunner’s spot, Berry told the Wisconsin Veterans Museum Research Center.

“Majority of flying was really fun, some of it (not at all), but the majority was really fun,” Berry said. “We were people in our early 20s, flying in close formations and so forth, it was really cool.”

Berry also got to spend a short time with his lifelong best friend, Tim Wilson. Having grown up together, Wilson followed Berry through the warrant officer program 10 months later and also belonged to the 1st Cavalry Division.

“I flew a Huey down to where his unit was located; we spent a wonderful day together,” said Berry, smiling at the thought. “The two of us got in a helicopter he flew ... Just two buddies, no military mission.”

After leaving Vietnam in May of 1968, Berry requested to be stationed in Germany, where he’d soon meet his wife, Sandy.

Berry and his wife met at the officers’ club in Luxembourg, where she worked at the Department of the Army as a recreation director. Falling madly in love, the two would be married by the end of the next year.

“Flying was no longer very important to me, without question,” Berry said, chuckling, 53 years later. “She had no interest in an Army career. I was kind of ambivalent about it, but she wanted nothing to do with an Army career.”

Berry left the Army in December of 1969 and relocated to the U.S. with his wife, planning to attend a commercial flight school in Florida to which he had been accepted.

But after visiting a friend of a friend who recommended going back to school first, Berry decided to give college another try.

With the discipline and responsibility he got from his time with the Army, Berry was able to earn a bachelor’s degree in biology and a master’s in zoology and ecology from the University of Connecticut.

No longer wanting to explore the world of commercial flying, Berry went to work for the U.S. Fish and Wildlife Service before eventually ending up at the Wetlands Restoration Program in Wisconsin.

“What did Yogi Berra say, ‘You come to a fork in the road, take it’? That’s what I did,” Berry said. “That guy knew what he was talking about.”

Despite never piloting again after leaving the Army, Berry remembers his time in the Army fondly.

“My military service is a watershed event for me, it made a man out of me, made me a better citizen,” he said. “Just a really good experience from the standpoint of growing.”

Looking back, Berry says the bond he experienced with his fellow servicemen was one he wishes everyone had the privilege of experiencing for its depth alone.

Fond of the Veterans Museum, he wants to encourage people not affiliated with the military to visit and volunteer. He hopes they get an understanding of not just the sacrifices that military service demands, but also the bonds service members form.

Berry is still in contact with many of those with whom he served.

“Someone becomes ill or ends up in the hospital, we let each other know,” he said.

Breakfast, coffee, and more: See what Madison events are happening this Veterans Day

Gov. Tony Evers is scheduled to speak at the Veterans Day observance at the state Capitol on Friday morning.

Find out when and where to start skiing, your best bets for winter birding, where the Soup's On, and info on other wintry rites of passage.

Report: Most Dane County crash deaths could have been avoided with a seat belt or helmet

Two-thirds of crash deaths could have been avoided by using seat belts, according to the Dane County Traffic Safety Commission.

Clever cat uses video doorbell to get back inside house 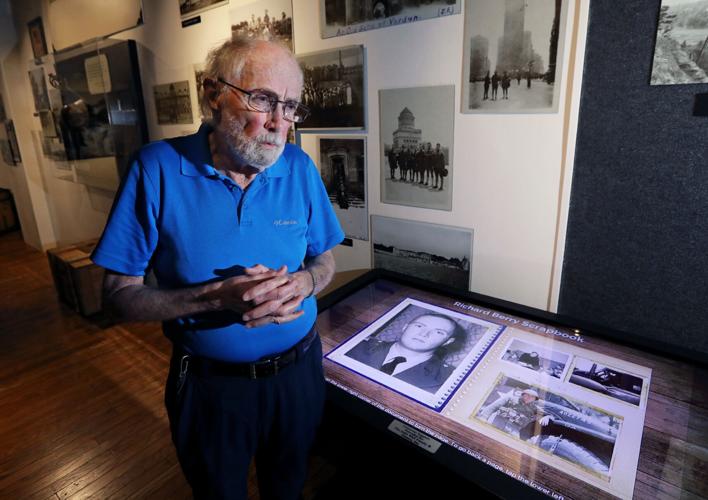 Vietnam veteran Rick Berry talks about his time in the service and shows photos from a digitized version of a scrapbook, made by his mom, that is on display at the Wisconsin Veterans Museum. 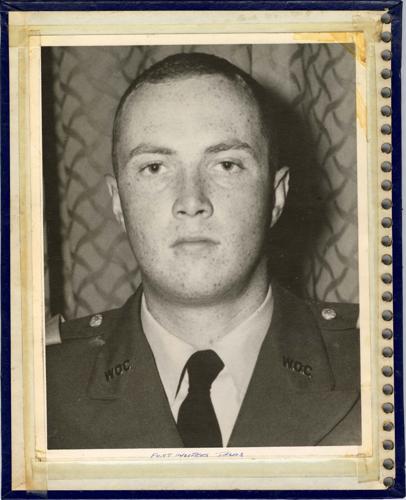 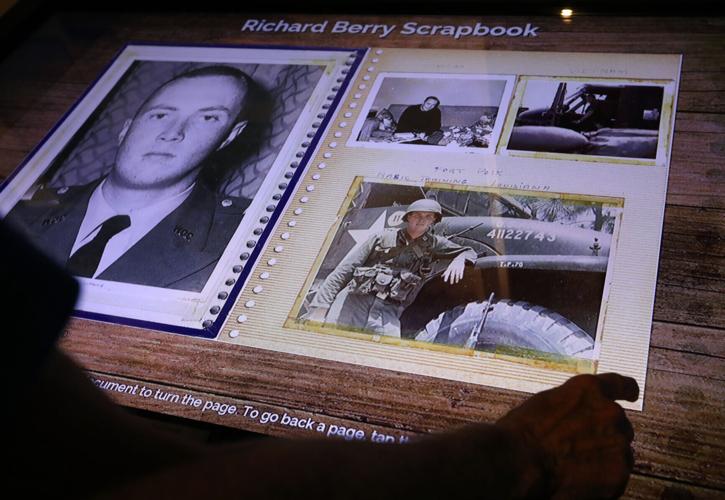 Rick Berry's mother compiled a scrapbook of her son's time in Vietnam, framing several photos he sent home during his time there. The scrapbook and several other of his pictures are featured as part of the museum's Vietnam exhibit, "Souvenirs of Service: The Things They Kept." 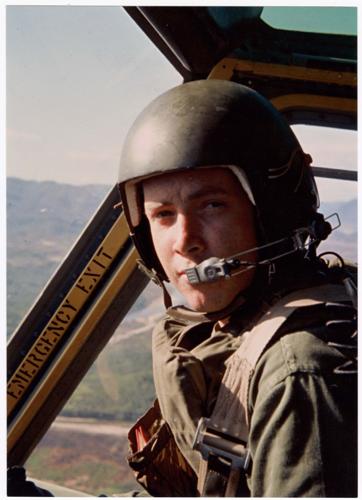 Rick Berry is seen piloting a Huey helicopter in 1967 while in Vietnam. 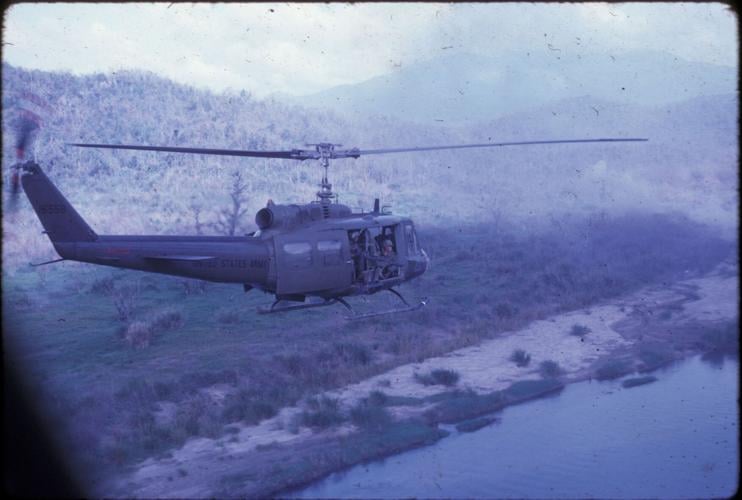 Rick Berry captures a fellow Huey helicopter in its formation from 1967. 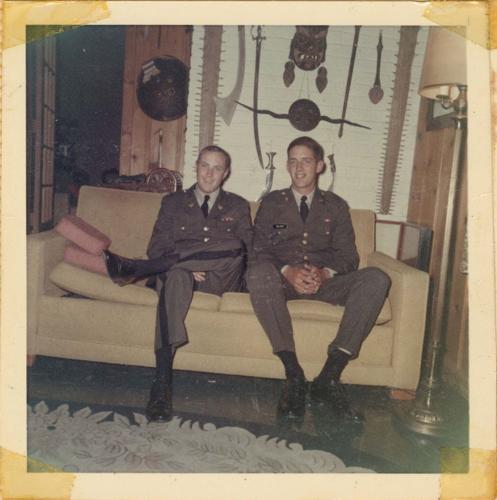 Rick Berry also got to spend a short time with his lifelong best friend, Tim Wilson. Having grown up together, Wilson followed Berry through the warrant officer program 10 months later and also belonged to the 1st Cavalry Division. 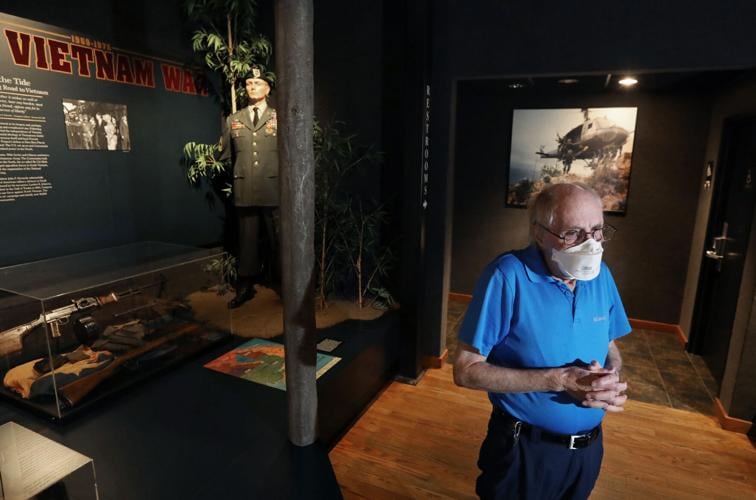 Rick Berry, a Vietnam veteran and volunteer at the Wisconsin Veterans Museum, gives tours to some of the 80,000 visitors who come to the museum each year, helps with oral research and shares his experiences.