After paying for artificial insemination, menstrual cycle charting, adoption of frozen embryos and related drugs and surgeries, Rachel and Chad Scott have spent at least $23,000 trying to become parents but have no children.

The Stoughton couple — Rachel, 36, works in preschool day care, and Chad, 43, drives a cement truck — say they have no money left to try more fertility treatments. They wish health insurance companies were required to cover the treatments, as is the case in 19 states. A bill before the state Legislature would add Wisconsin to the list.

“Our finances are exhausted,” Rachel Scott said. “Having to go childless when you want it so badly, because insurance won’t help cover the cost, is just cruel.”

Opportunities to have children expand at Madison-area fertility clinics

Among the 19 states that have passed fertility coverage laws, 13, including Illinois, require coverage of in-vitro fertilization, or IVF, according to Resolve, an infertility advocacy organization in McLean, Virginia. IVF, in which egg and sperm are combined in the lab and the resulting embryos are implanted, can cost $20,000 or more, including medications.

“Being able to parent is a reproductive right,” state Sen. Kelda Helen Roys, D-Madison, said in a statement in announcing the bill, which was introduced in November. “The exorbitant cost of fertility treatment is a barrier for many in their attempts to grow their family.”

State Rep. Jodi Emerson, D-Eau Claire, the other lead sponsor, said “finances should never get in the way of them wanting to start a family.”

The bill has no Republican co-sponsors, giving it little chance of passing the Republican-controlled Legislature.

The Madison-based Alliance of Health Insurers — which includes the national carriers Anthem, Humana and UnitedHealthcare, along with others such as Monona-based WPS Health Insurance — has registered against the bill. The Wisconsin Association of Health Plans — which includes Dean Health Plan, Quartz and Group Health Cooperative of South Central Wisconsin — is reviewing the measure, spokesperson Kelsey Avery said.

Sara Finger, executive director of the Wisconsin Alliance for Women’s Health, said the group has heard from hundreds of people who support the insurance requirement from Democratic and Republican parts of the state.

No time to lose: Finding rare diseases in infants

“This is about making the dream of becoming parents possible for people who unfortunately are falling through that very large chasm where their employer doesn’t offer it and it’s not mandated by the state,” Finger said.

Infertility is recognized as a disease by major medical groups, and in 1998 the U.S. Supreme Court ruled that it is a disability. More than 172,000 Wisconsin residents are believed to be infertile, according to a letter in November by two UW Health doctors urging the Group Insurance Board, which oversees benefits for state workers, to add coverage of fertility treatments at its meeting in February.

“The impact of the disease can be devastating; studies on the psychosocial impact of infertility have placed it on par with a diagnosis of cancer,” said the letter, by Dr. Bala Bhagavath, medical director of Generations Fertility Care in Middleton, UW Health’s fertility clinic; and Dr. Laurel Rice, UW’s chair of obstetrics and gynecology.

Society needs children to support an aging population, but typically only infertile people who have higher incomes can afford to pay for treatments, Bhagavath said in an interview. “The more middle-income and definitely lower-income you are, the greater impact on you,” he said.

Insurance coverage might increase business at fertility clinics, but doctors would get less money per patient because insurers typically negotiate discounts, said Dr. Elizabeth Pritts, of the Wisconsin Fertility Institute in Middleton. That’s OK with her, she said.

“I think women should have this (coverage),” Pritts said. “If it means that I get paid less money, so be it.”

Pritts and Bhagavath said insurance companies typically allow only one embryo to be implanted with IVF, even though some couples want to put in two or three. The insurance requirement can help doctors enforce guidelines calling for one embryo, exempt in certain circumstances, which decreases the odds of expensive complications from multiple births, they said.

Kristin and Brian Sanders, of Campbellsport, have a son, Parker, born through IVF in 2019 when Kristin was covered by her father’s insurance. The coverage at her father’s employer, Synchrony Financial in Phoenix, includes fertility treatments even though Arizona doesn’t require it.

Soon after Parker was born, Kristin turned 26, too old to remain on her dad’s plan. To try to have a second child, she and Brian paid for IVF by taking out $24,000 from the 401(k) retirement plan he has through his job as an exterminator at Wil-Kil Pest Control.

They implanted one embryo this past March and another in October, but neither took. After also paying about $6,000 for related surgeries for Kristin, their 401(k) is drained, she said. The couple would like Parker to have a sibling but say they can’t afford to try again without financial help. Adoption can be more expensive than IVF.

“It should be somebody’s right to choose to have a child,” Kristin Sanders said.

The Scotts, of Stoughton, have been trying to become parents for more than nine years. They started two years after getting married in 2010, which was five years after they met on a blind date at Angell Park Speedway in Sun Prairie.

The couple twice attempted intrauterine insemination, which cost about $2,000 each time. For three years they tried NaPro Technology, a natural cycle charting method accepted by the Catholic Church, which involved paying for monthly clinic visits.

After having to pay out of pocket for surgery to remove polyps from Rachel’s uterus, they paid to store two frozen embryos adopted from other couples. The embryos were implanted in December 2020, and they learned the day after Christmas that both failed to develop.

“I think we’d both do great in raising children,” said Chad, who carries their Quartz health insurance through his job at Janesville-based Lycon Inc.

Rachel said she enjoys the preschoolers she works with at Child Life Ministries in McFarland. But she wants children of her own and is frustrated that employers and insurers don’t treat infertility like other medical conditions.

“Infertility is taboo; nobody wants to talk about it,” she said. “That makes it easier for insurance companies to pooh-pooh it.”

A woman who had her uterus, cervix and fallopian tubes removed didn't also have her ovaries taken out as requested.

The verdict is unusual because the jury said Dr. Jay Lick’s failure to disclose information was a cause of the woman’s injuries, even though the jury said Lick’s care was not negligent.

A third man has died as the result of a garage explosion that also injured a fourth person in northeastern Wisconsin, officials said Monday.

The Darlington facility, to cost $51.5 million, will replace the 70-year-old Memorial Hospital of Lafayette County.

The Wisconsin Hospital Association urges the public to get vaccinated and avoid going to ERs for coronavirus tests.

The total, by far the highest of the pandemic, comes as the county reports a daily record of 2,127 new cases. 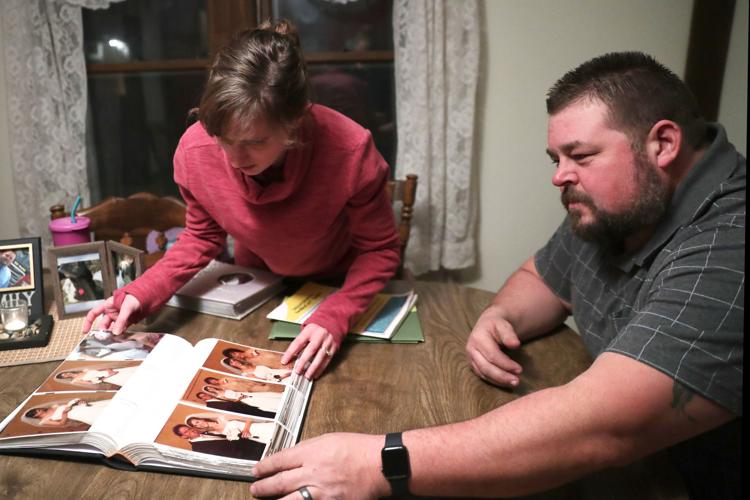 Rachel and Chad Scott, of Stoughton, have been trying to have children since 2012, two years after they were married. After spending at least $23,000 on fertility treatments, they say they have no more money to try. A bill before the state Legislature would require insurance companies to cover fertility treatments. 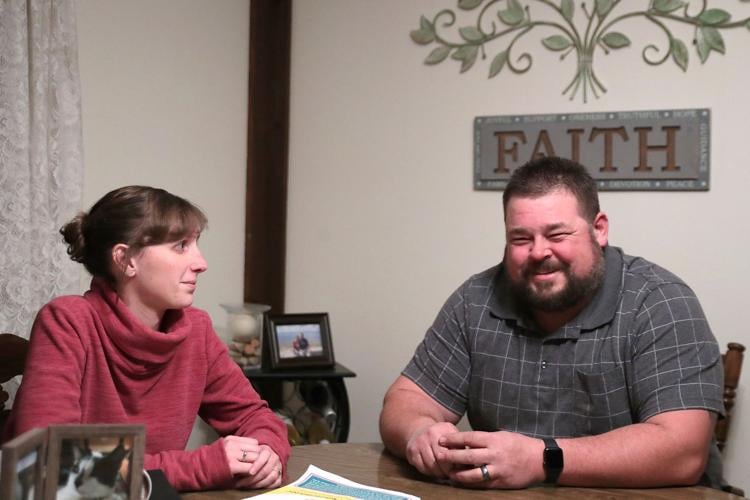 "I love kids," said Chad Scott, of Stoughton, who with wife Rachel wants to keep trying to have children but says they can't afford more fertility treatments. “You try to find ways to cope and deal with and accept what is, but it doesn’t make it any easier," Rachel said of their infertility. 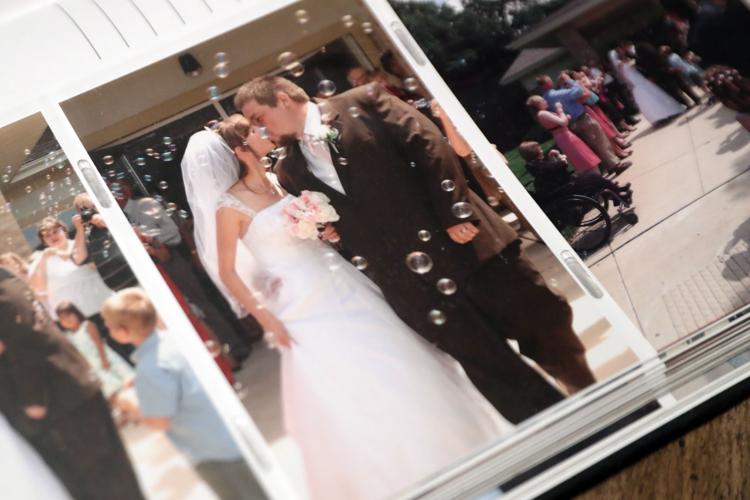 Rachel and Chad Scott, now 36 and 43, respectively, were married in 2010. They have been trying unsuccessfully since 2012 to have children. 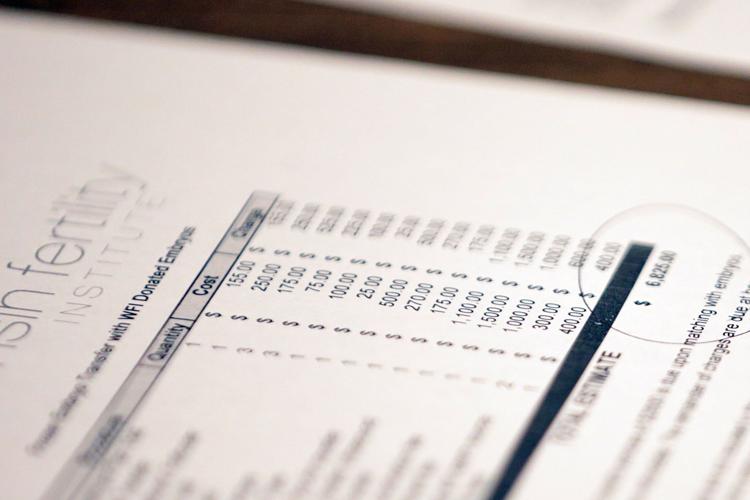 An early invoice breaks down charges associated with embryo adoption for Rachel and Chad Scott, of Stoughton. The cost went up by the time the couple tried the procedure. 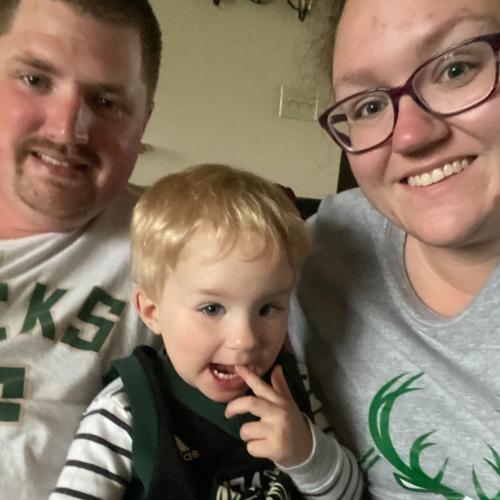 Brian and Kristin Sanders, of Campbellsport, with son Parker, want to have another child but say they can't afford more fertility treatments.