As COVID-19 cases continue to surge and hospitalizations are on the rise in Sauk and Columbia counties, Columbia County will soon have a biweekly free community testing site.

Anyone will be able to get a free drive-thru test provided by the Wisconsin National Guard between 8:30 a.m. and 4:30 p.m. every other Friday starting next week at the Cambria Fire Department, 702 Elizabeth St., Cambria, through at least Dec. 4, according to a Columbia County Health Department news release. No appointments nor symptoms are required to participate, but online registration is available.

Health Officer Susan Lorenz said in an email that citizens’ and local health care providers’ requests prompted the department to ask the National Guard for assistance. Until now, the county had offered only one non-recurring free testing event, leaving Madison as the nearest site for free testing and otherwise relying on symptomatic residents to pay for testing at Aspirus Divine Savior Hospital in Portage or Prairie Ridge Health in Columbus.

While the release acknowledged that Cambria “is not a central site” for Columbia County, Lorenz said it was chosen because the Cambria fire chief and village officials offered use of the fire station, which is large, heated and has Wi-Fi, all of which would be needed for testing efforts going into winter.

She said the health department has requested the National Guard set up another site in Portage in late November, but is waiting for confirmation.

As of Friday, the county has reported 1,321 total positive cases since March, 55 of which are new. New cases have been in the double digits every day this week after a 122 case jump on Monday, according to numbers collected by Daily Register staff.

The number of COVID-19 cases currently hospitalized increased from eight on Monday to 12 on Friday.

The county releases summary data every Wednesday that looks at the past week. As of 10 a.m. Wednesday, confirmed positive cases in the county had increased by 282 since the previous Thursday. Active cases rose by 114 and hospitalizations rose by two over that same period.

Another Columbia County resident died of “complications surrounding the coronavirus” in the last week, bringing total deaths to four, according to the update.

Lorenz noted that the county “has seen a very steep surge of COVID-19 positive cases.” Within the first 16 days of October, it has had 642 new confirmed cases — above 300 more than the 314 new cases reported in all of September.

As of Tuesday, more than 81% of hospital beds and 77% of ICU beds were in use in the south-central region of Wisconsin, according to the state health department. The region includes Sauk and Columbia counties, as well as Dane County. Almost 16% of the region’s ventilators were in use.

Cases in Sauk County also rose by double digits every day this week with more than 40 new cases each day except Friday, when it reported 10.

Total accumulated hospitalizations went from 46 on Monday to 49 on Friday, according to county data tracked by News Republic staff. Deaths remained at six after two new deaths were reported last week.

Of the Sauk County Health Department’s nine measures, the county is failing or in the yellow category for all but two over the last 14-day period, which ended Tuesday. The number of tests conducted and timeliness of disease investigation are the only measures that remain in the green.

Sauk County has a “very high” case burden and a growing trajectory, meaning its case numbers have increased by a statistically significant percentage, which puts it in the “very high” COVID-19 activity level. At a 47% increase in cases over the last two weeks, Sauk County has a higher trajectory than the state overall (21% increase) and Columbia County, which had no significant change in its trajectory over the last two weeks despite having a very high COVID-19 activity level and case burden, according to state data.

Sauk failed on COVID-like illness activity, which tracks ER visits for COVID-like symptoms, new case rate (61.26 per 10,000 people with 384 total new cases), timeliness of lab reporting (58% of positive test results were reported to the county within two days of the test collection) and community spread (127 cases — 33% of new cases — were not linked to a known source) over the last two weeks.

Using some of the same two-week measures, the Sauk County Health Department releases a weekly update on the four indicators that help officials decide whether schools can operate at full in-person, reduced or minimal capacity. Any district in the county with in-person instruction is currently considered to be using reduced capacity because a portion of their student bodies have opted for virtual learning.

Data released last week found two school indicators at reduced capacity and two at minimal. Sauk County Public Health Nurse Manager Jessie Phalen told the Baraboo School Board on Monday that most cases found in schools have not been connected, meaning that transmission is occurring mostly outside of school.

“There’s not a lot of connections, and that’s, I think at this point, what we’ve got to hang onto,” Phalen said Monday. “And that may change — I don’t know — but right now it seems OK.”

As of Tuesday, three out of four measures indicated schools should be at minimal capacity, while one remained at reduced. However, when making recommendations to school districts, county health officials consider each school’s specific circumstances and other data, so the reported capacity indicators don’t necessarily correlate directly to how any individual school can operate.

Jeff Jelinek, Sauk County’s emergency management director, took over as incident commander for the health department’s COVID-19 response Thursday after the former health officer resigned. He said Friday that he’s “still coming up to speed” on school metrics and isn’t recommending any change to school operations based on this week’s updated metrics.

Public health staff are still working internally on developing more defined metrics for schools, Jelinek said. He hopes to have a document ready by Friday next week.

“We’re just trying to get it a little bit more specific, so when we make a recommendation from the county to the schools, it’s consistent throughout,” Jelinek said, adding that school officials would make the final decision on what to do with that information.

Former county health officer Tim Lawther said on multiple occasions that the department could order schools to close if necessary. When asked if that’s something he would consider doing, Jelinek said: “That would be, like, worst-case scenario, and that’s definitely something we do not want (to do).”

In Columbia County, health officials have not developed any specific guidance on when schools should close due to COVID-19 cases. Individual districts have adopted their own metrics.

After learning her father was in a Buffalo hospital with brain and lung cancer, Sheila Rybar flew 1,400 miles from her home in Fort Worth, Texas, to see him. But she was denied due to COVID-19 rules.

“I can’t tell you the number of times I’ve heard parents say that they feel like their children have wilted,” one pediatrician said. “We definitely have seen an uptick in mental health concerns across all ages, which is really sad and concerning to us.”

“Right now we cannot keep up,” Janel Heinrich, director of Public Health Madison and Dane County, said Wednesday. “We need you to act as if you could have COVID-19 and could be spreading it to others.”

Number of COVID-19 patients in Wisconsin increases; more than 1,000 hospitalizations

The number of Wisconsinites hospitalized with COVID-19 increased by 7 patients Sunday to 1,090 hospitalizations.

COVID-19 cases, hospitalizations up, but overflow facility still not used as of Tuesday

Many hospitals are sharing beds and staff within health systems or regions to avoid sending patients far away.

COVID-19 cases, hospitalizations up, but overflow facility still not used as of Tuesday

Many hospitals are sharing beds and staff within health systems or regions to avoid sending patients far away.

As the brunt of the virus has blown into the Upper Midwest and northern Plains, the severity of outbreaks in rural communities has come into focus. Doctors and health officials in small towns worry that infections may overwhelm communities with limited medical resources. 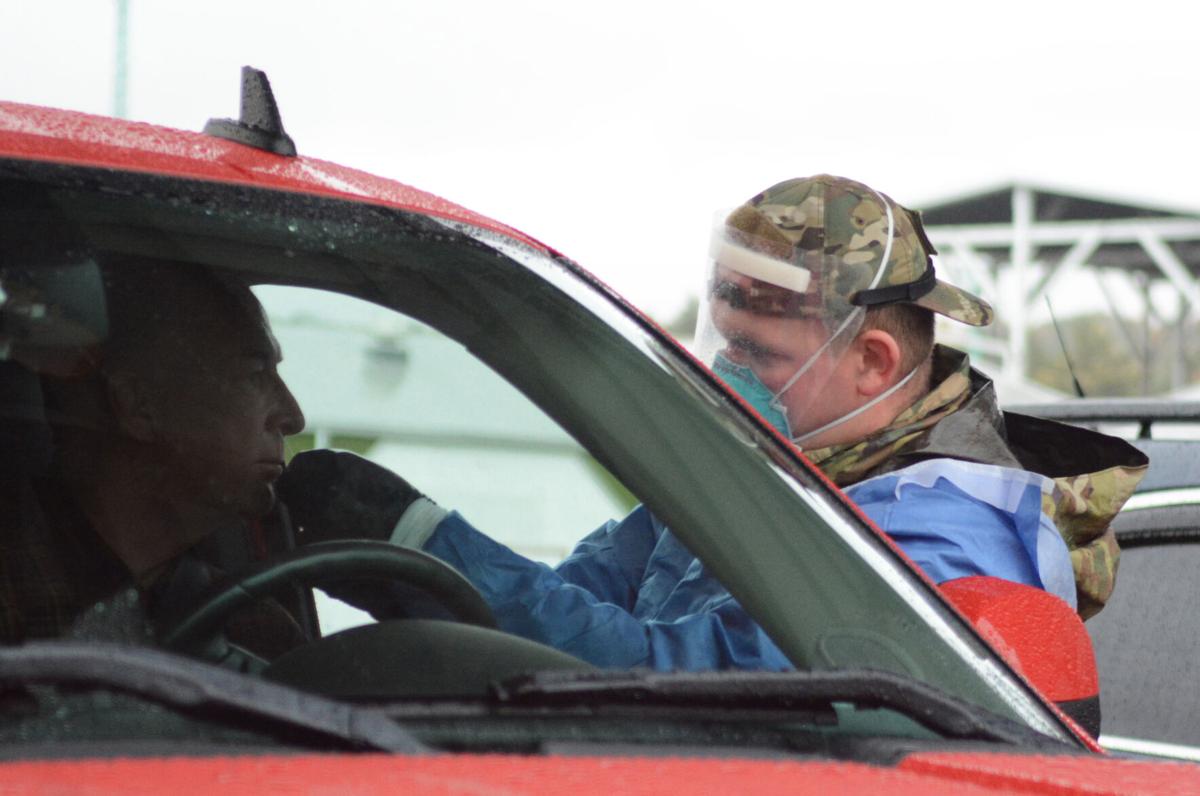 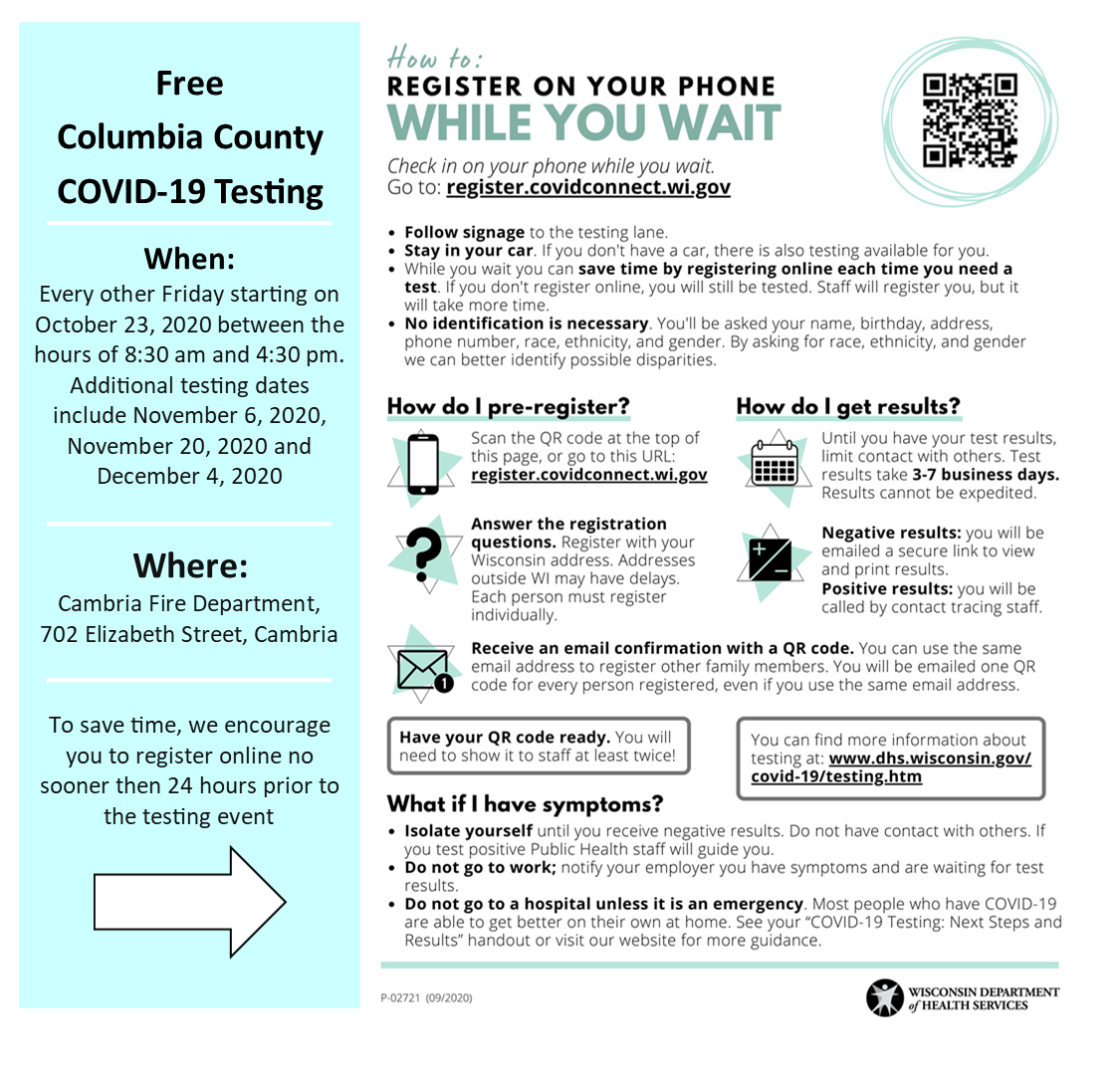 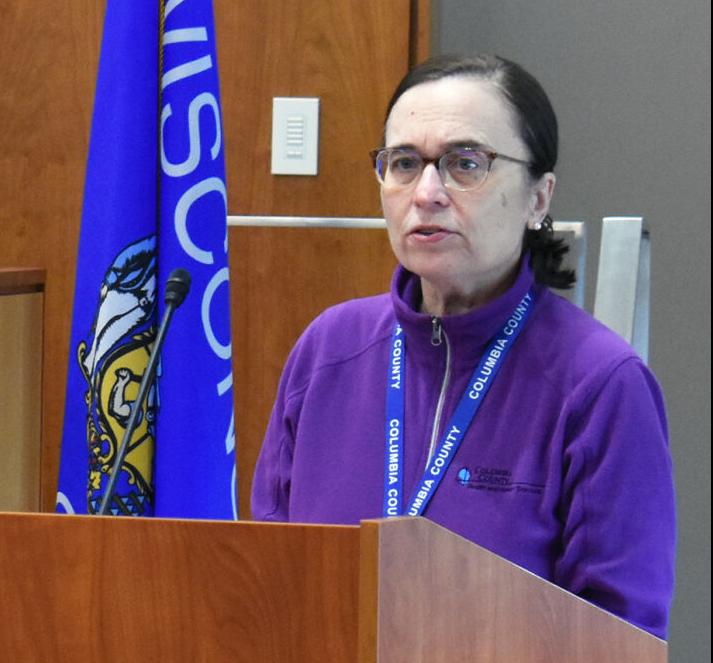