When Dr. Rita German sees a patient walk through the doors of her multi-disciplinary alcoholic liver disease clinic at UW-Madison, she has two thoughts.

“We are really good at treating liver disease. We are not great at getting patients treatment for their alcohol disorder," she said. “There are all these points where we could have intervened before they came to me. We did a disservice to them."

And those windows to intervene are getting smaller. Increasingly, German said, the patients she sees are in their 20s, 30s and 40s.

“This used to be a disease of 50-, 60-year-olds,” said Dr. Eric Siegal, intensivist for Aurora Critical Care Service.

More women are being diagnosed with the disease, German said.

In south-central Wisconsin — Dane and its surrounding counties — 55 people died from liver disease in 2009, including 35 with alcoholic liver disease. That made it the 14th-leading cause of death in the area. Sixteen, or 30%, were women.

In 2020, 132 people died from liver disease, including 87 with alcoholic liver disease. Fifty-six, or 42%, were women. It now ranks as the eighth-leading cause of death in the state.

In the same period, deaths from other chronic liver diseases, like non-alcoholic chronic liver disease, increased as well, said Dr. Veronica Loy, the medical director of the liver transplant program at the Medical College of Wisconsin. In 2009, 20 people died from the disease, often associated with high cholesterol, diabetes and obesity, according to Loy. In 2020, 45 died.

By nearly every metric available, deaths from liver disease — a catchall term for any condition that damages the liver — are on the rise in south-central Wisconsin. Deaths from alcoholic liver disease, the buildup of fat in the liver that progresses to permanent damage with excessive alcohol use, have especially climbed.

But it can progress to cirrhosis, the replacement of regular healthy liver tissue with scar tissue, leading to jaundice, fluid buildup in the legs and abdomen, bruising and liver cancer. In the most severe outcomes, liver failures will cause death without a transplant.

From 2007 to 2021, Dane County went from 613 chronic alcohol emergency room visits to 3,134 per year, not including alcohol poisoning hospitalizations.

In 2021, UW Health announced that it had seen the rates of liver disease “skyrocketing in men and women ages 25-34 … particularly young women.”

But 2021 was the “tip of the iceberg” for the impacts of COVID-19 on drinking, German said. Death rates have also shot up for younger patients, she said.

“When you see people who have their whole lives ahead of them looking at a liver transplant as the only thing left to save their lives, that’s fairly shocking,” Siegal said.

Siegal said he now sees young people in need of a transplant at least every month. He has spoken to parents his age — Siegal is 55 — watching their own children die of liver disease.

Patients, especially young ones, are often shocked when they hear they need a liver transplant, German said. But the 30- and 40-year-olds no longer surprise her, because they come in so frequently.

Liver transplants go to the neediest patients first in south central and southeast Wisconsin, based on their Model for End-Stage Liver Disease score, which determines how badly a patient needs a transplant. In 2020, Wisconsin patients underwent 188 liver transplants, the most in recorded state history, according to the federal Department of Health and Human Services. Last year, 150 transplants took place. So far this year, there have been 81.

The increased rate of disease is stretching the medical system even thinner and means there are not enough donated livers for patients, Loy and Siegal said.

“These incremental increases in sick people start pushing us closer and closer to a breaking point,” Siegal said. “We’re not there yet. But we’re certainly stressed.”

'Really out of step'

Wisconsin had problems with excessive alcohol use well before the pandemic, said Maureen Busalacchi, director of the Wisconsin Alcohol Policy Project at the Medical College of Wisconsin.

“We’re not close to the rest of the nation,” Busalacchi said.  “We’re really out of step.”

German tells some patients that they cannot drink again without facing the risk of death. They sometimes push back, she said.

In 2018, Wisconsin reported a 25.8% prevalence of binge drinking among adults, according to CDC data — the highest rate in the nation. And Wisconsinites can buy alcohol as early as 6 a.m., due to 2011 legislation.

And doctors emphasized another point: Women do not metabolize alcohol at the same rate as men.

“A lot of women are drinking in the fashion that used to be considered a male way to drink,” Loy said.

Women receive far less screening than men for alcohol use disorder, Loy said. When a doctor identifies the disorder, they are less likely to refer them for psychological attention or alcohol management. And those who get referred go less often because of responsibilities such as child care and a perceived stigma, Loy said.

“‘Anecdotally, I can see women being more embarrassed by it,” German said. “A lot of times, they are the primary caregivers for kids. They can’t admit to it."

Wisconsin's drinking culture only worsened during the pandemic, Loy said.

“The consequences of social isolation, working from home and social pressures have really caused huge stress among people,” she said. A study she co-authored early in the pandemic indicated that women with children unable to attend school or daycare, or those with a family history of excessive alcohol use, had the highest risk of drinking more.

“We’ve definitely seen mothers who have been dealing with the brunt of childcare ... juggling jobs, staying home more,” German said. “That stress has increased their alcohol consumption."

To curb binge drinking, Busalacchi pointed to a number of interventions detailed in a State Council on Alcohol and Other Drug Abuse report on reducing excessive alcohol use in Wisconsin: More alcohol age compliance checks on retailers, training volunteers not to overserve patrons at festivals, and “putting some controls” on who receives an alcohol license.

Adding a "place of last drink" data collection program statewide, which would identify bars and restaurants where individuals arrested for OWI and assault were last served, would reveal the establishments that regularly overserve, she said.

“The vast majority of owners are doing a good job," Busalacchi said. "And then there are a few that are way out there.”

Reforming drinking culture in Wisconsin presents a challenge, Busalacchi said. But most people do not want to worry about drunken attendees at events – and she has also met with law enforcement officials who believe that decreased alcohol consumption would lead to less crime, she said.

Critically, the public needs better alcohol education German said: Some patients do not consider beer and wine consumption to be drinking.

“Patients under-report their alcohol consumption to physicians,” Shah said. “Whatever they say we can multiply by 1.5 or 2.”

An early referral or diagnosis can prove critical, Shah said. It highlights the importance of quitting to the patient. And in the earliest stages of liver disease, abstaining from drinking can allow the liver to “fully regenerate and recover in 30 to 60 days,” Loy said.

At German's new clinic, which has seen 50 patients from across the area since opening last fall with an average age of 48, she refers patients to counseling, Alcoholics Anonymous, social workers and rehab, among other tools — aiming to provide multidisciplinary treatment.

“It’s going to take a widespread campaign to make people understand that responsible and appropriate alcohol can be part of normal life," Siegal said. "But we have gone way too far for way too many people."

This corrects an earlier version that misidentified the title of Dr. Eric Siegal. An earlier version also misstated the source of a report on reducing excessive alcohol use in Wisconsin. The report was produced by the State Council on Alcohol and Other Drug Abuse.

“We’re not close to the rest of the nation. We’re really out of step.”

Isolation, depression and burnout contributed to increased dementia deaths in the pandemic

Pandemic-related feelings of isolation and depression had a significant impact on people suffering from Alzheimer's and dementia. 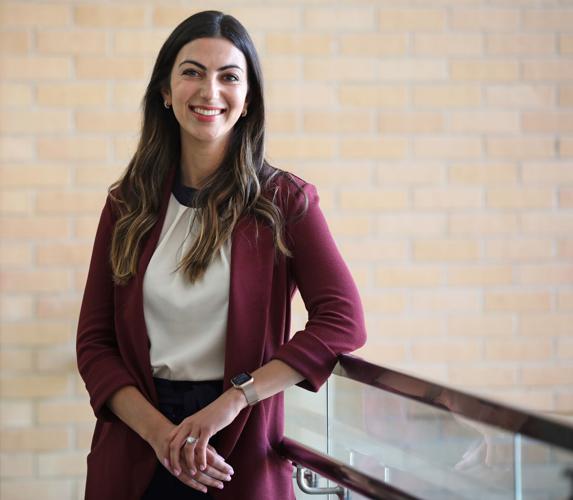 Dr. Rita German says more focus should be put on preventing the root causes of liver disease. "There are all these points where we could have intervened before they came to me." 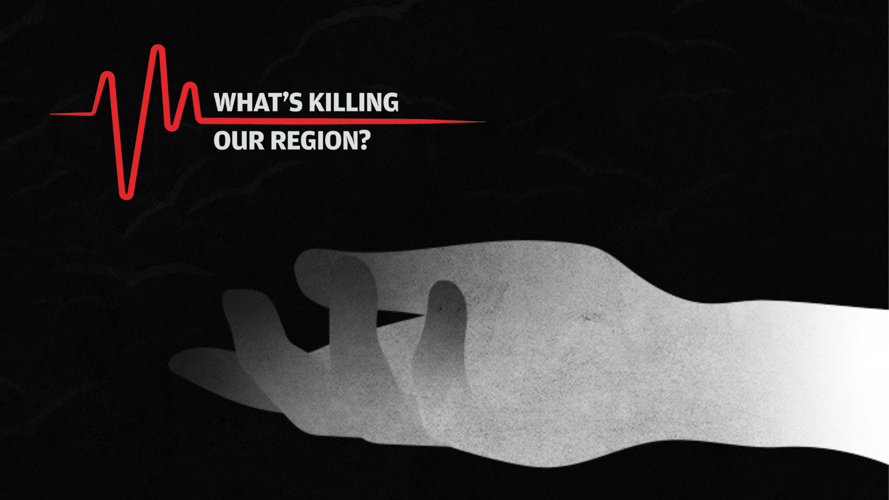