SIOUX FALLS, S.D. — As much of the country experiences spiking virus rates, a reprieve from a devastating surge of the COVID-19 coronavirus in the Upper Midwest has given cautious relief to health officials, though they worry that infections remain rampant and holiday gatherings could reignite the worst outbreaks of the pandemic.

States in the northern stretches of the Midwest and Great Plains saw the nation's worst rates of coronavirus infections in the weeks before Thanksgiving, stretching hospitals beyond capacity and leading to states such as North Dakota, South Dakota, Minnesota, Iowa and Wisconsin reporting some of the nation's highest deaths per capita during November.

But over the last two weeks, those states have seen their average daily cases drop, with decreases ranging from 20% in Iowa to as much as 66% in North Dakota, according to Johns Hopkins researchers. Since the middle of November, the entire region has returned to levels similar to those seen in October.

"We're in a place where we've controlled the fire, but it would be very easy for it to flare up again if conditions were right," said Ryan Demmer, an epidemiologist at the University of Minnesota School of Public Health.

For a region that was a harbinger of the virus waves that now plague much of the country, the positive direction in the Midwest offers hope that people can rally to take virus precautions seriously as they await vaccines during what experts think will be the final months of the pandemic.

Governors have used the declining numbers to justify their divergent approaches to fighting the pandemic, even jousting at times. In Minnesota, Gov. Tim Walz, a Democrat, has defended keeping some restrictions in place through early January, saying limits on bars and restaurants are working. In neighboring South Dakota, Republican Gov. Kristi Noem has argued the opposite, using the recent decline in numbers in her state to argue that mask mandates don't make a difference.

But some epidemiologists believe the most compelling factor for many who redoubled their efforts to prevent infections may be that they experienced the virus on a personal level. As the pandemic crept into communities across the Midwest, more people had loved ones, friends or acquaintances fall ill or die.

"It's fox hole religion — the whole thing gets a lot more real when the guy next to you gets shot," said Dr. Christine Petersen, the director of the Center for Emerging Infectious Diseases at the University of Iowa. "All of a sudden, your local hospital is full, and your sister, aunt, or grandmother is in the hospital."

Roughly one of out every 278 people across northern states spanning from Wisconsin to Montana required hospital care for COVID-19, according to data from the COVID Tracking Project. In tight-knit communities, those experiences hit home.

The virus outbreak was so widespread by early November that nearly everyone has known someone severely affected by COVID-19, said Dr. James Lawler with the University of Nebraska Medical Center's Global Center for Health Security.

"That seems to bring things home in a way that just talking about it earlier did not," he said, noting that he's observed more people wearing face masks, as well as avoiding gatherings, parties and indoor dining.

Until the fall, the Upper Midwest had not seen the widespread outbreaks and high death rates that other parts of the country experienced in the early months of the pandemic. Many took lax approaches to virus mitigation measures. Republican governors in the region eschewed government mandates for mask-wearing or other efforts to prevent infections.

Many health experts warned that the region was ripe for widespread infections, especially as the weather cooled and people gathered inside, making it easier for the coronavirus to spread.

"Once the snowball started, it took everybody down," Petersen said. "We knew that this was coming. It was those who took the precautions and doubled down that did slightly better, but we knew it was going to be hard, no matter what."

Petersen credited the renewed efforts to slow infections to a combination of factors: warnings from health officials and medical workers that hospitals were filling; some Republican governors issuing orders to wear masks; and the lived experience of the pandemic. Other experts say some pockets of people, such as those who work in meatpacking plants where infections were widespread, had experienced such high rates of infections that the virus has slowed.

But across the region, many worried that the success in avoiding a Thanksgiving spike could be undone by Christmas and New Year's celebrations. Petersen worried that people had decided to forgo Thanksgiving gatherings, only to have family celebrations on Christmas. As a Midwesterner, she acknowledged that the draw to gather with family on holidays was difficult to resist.

"I hope a lot of us aren't feeling guilty in a few weeks," she said.

These are recent reports of missing children made to local law enforcement. If you think you have seen a missing child, contact the National Center for Missing & Exploited Children at 1-800-THE-LOST (1-800-843-5678).

A COVID-19 crunch is hitting hospitals around Wisconsin.

Cases among children are higher than this time last year but lower than later last fall, health department says.

The vaccine incentive program was aimed at taming the coronavirus delta variant surge.

The intensive needs of COVID-19 patients means other areas are short-staffed, and now some 18 months into the pandemic, burnout among employees is inevitable.

“You’ll see somebody get better and better, and then you’ll be off for a day or two and come back and learn, ‘Oh, they died.'"

Fort McCoy has had 1 measles case, more than a dozen COVID-19 cases among Afghans

All of Afghan refugees who have been infected with either measles or COVID-19 have been isolated, and those who were exposed were quarantined.

The bat is the eleventh to test positive for rabies in Dane County this year, up from seven in 2020. 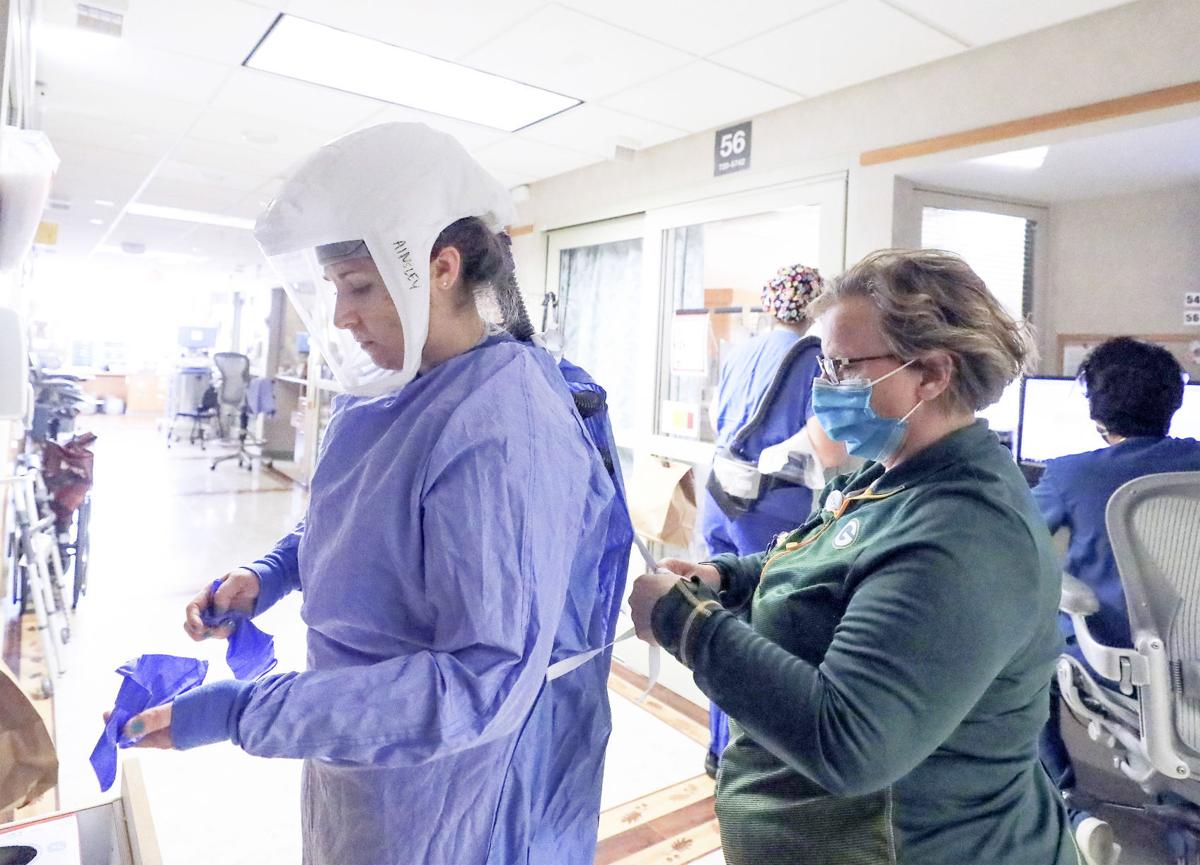 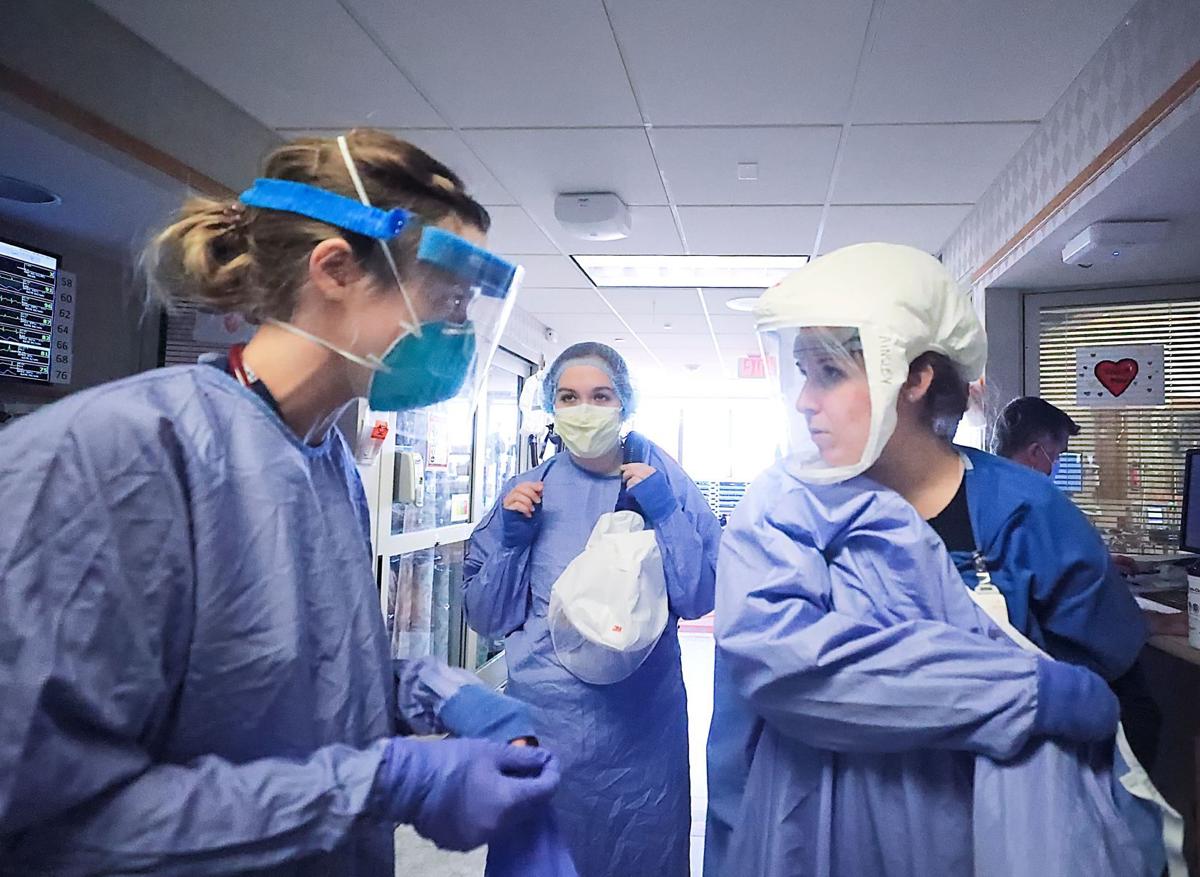 Medical staff attending to patients stricken with COVID-19 don protective equipment in a unit dedicated to treatment of the coronavirus at UW Health in Madison, Wis.