Eleven orthopedic surgeons are leaving SSM Health Dean Medical Group to start an independent practice in Madison managed by an Arizona company, with plans to build a specialty hospital in Dane County within two years and multiple outpatient surgical centers in the region.

The move could shake up one of the most lucrative parts of health care in a market dominated by SSM Health and UW Health. It positions the doctors to take on financial risk with insurers and employer groups, accepting gains or losses through set payments per patient for whatever joint replacements or other orthopedic services they need, said Dr. Jason Sansone, leader of the group.

“We’re looking forward to being able to disrupt that market,” said Sansone, who has been SSM Health orthopedics chairman and will be CEO of Orthopedic Physicians of Wisconsin, which plans to open in January. “We need to lead the charge as it relates to delivering value — better quality, lower cost.”

He compared the move to direct primary care, in which family medicine doctors are leaving large groups like SSM Health and UW Health and starting up independent practices, often charging monthly fees, outside of insurance.

SSM Health spokesperson Kim Sveum said the organization is recruiting other orthopedic surgeons and “remains committed to providing and investing in orthopedic services for our patients.” Last month, she said SSM Health valued its “clinically integrated” model of care.

“We believe that the independent model proposed by these physicians would weaken that integration and not be in the best interest of our patients,” Sveum said.

St. Louis-based SSM Health acquired Dean Clinic, which had long been independent but affiliated with St. Mary’s Hospital in Madison, in 2013.

Orthopedic surgeons each generate an average of $3.3 million a year in hospital revenue, according to a report this year by consultant Merritt Hawkins. That is second only to interventional cardiologists, who bring in an average of $3.5 million. Other leading provider types are gastroenterologists, at $2.9 million; family medicine doctors, at $2.1 million; and obstetricians/gynecologists, at $2 million.

Sansone said the orthopedic surgeons plan to maintain privileges to operate at SSM Health’s St. Mary’s hospitals in Madison and Janesville and its St. Clare Hospital in Baraboo, even though they will no longer be employees, while expanding to other hospitals in the region.

They plan to build a specialty orthopedics hospital and an ambulatory surgery center for outpatient procedures in Dane County by January 2025, he said. Additional surgery centers are planned, likely in the Janesville and Baraboo areas and possibly elsewhere in the region, he said.

The surgeons plan to continue contracting with Dean Health Plan, which is owned by SSM Health, though that is not yet arranged, he said. They plan to contract with national insurers such as Aetna, Blue Cross and Blue Shield, Cigna and United Healthcare, he said. They also intend to contract with Monona-based WPS Health Insurance and The Alliance, a Fitchburg-based cooperative of 300 self-insured employers that purchase medical services collectively.

“We support the goals they want to achieve,” DeMars said. “They want to compete on price and quality and be the best.”

Phoenix-based Healthcare Outcomes Performance, or HOPCo, will manage the practice, Sansone said. HOPCo, which has similar arrangements with orthopedic groups in 32 states, covers orthopedic services for all United Healthcare members in Arizona, absorbing gains or losses from capitated rates, he said.

The Madison surgeons will seek similar arrangements in Wisconsin, where they will be HOPCo’s first presence.

“The idea here is that we’re an anchor for a HOPCo Midwest,” Sansone said. “We feel very good about the ability to compete in this entire region.”

Sansone said the move to leave SSM Health and start an independent group is not driven by a desire to earn more money. The surgeons want more autonomy and ability to adapt to market changes, he said.

“It’s not about pay and reimbursement,” he said. “We don’t even know that doing this will necessarily be more profitable for us.”

The doctors will be able to see their previous or current SSM Health patients, but they won’t be able to solicit them directly, Sansone said.

In late September, 15 of SSM Health Dean’s 17 orthopedic surgeons submitted 90-day resignation notices with the intent of starting the group. Four of them have decided to stay with SSM Health, Sansone said.

Their headquarters will be in the Arbor Gate complex off the Beltline near Todd Drive, where SSM Health’s orthopedics group was based before moving early this year to its South Madison Campus on Fish Hatchery Road.

Sansone said the plan is unrelated to one recently proposed by UW Health orthopedic surgeons to start an ambulatory surgery center in the Madison area. In June, Dr. Thomas Zdeblick resigned as UW orthopedics chair after Dr. Robert Golden, dean of the UW School of Medicine and Public Health, said he didn’t approve of Zdeblick’s plan in which he and other UW doctors would own 62% of a new surgery center.

Zdeblick, 65, said he will retire from UW at the end of the year and is no longer pursuing a surgery center. When asked in a Wisconsin State Journal interview if other UW doctors were still pursuing the idea, he said he wasn’t sure.

“The collections machine is back,” Bobby Peterson, executive director of ABC for Health, said in a statement.

Independent pharmacies back in Navitus network after contract, pharmacists say

Many customers got letters saying they had to switch pharmacies. They no longer do, owners of independent pharmacies say.

Legal briefs provide new details of arguments before the Wisconsin Employment Relations Commission, which is expected to rule this month.

Nearly two-thirds of women in states with total abortion bans cited the restrictions as the reason for the online requests.

The Madison company is based on research by UW-Madison scientists Yoshihiro Kawaoka and Gabriele Neumann.

The median hourly wage for home care workers in Wisconsin is $13.65. “We’re competing with the Kwik Trips of the world," an agency leader said.

The organization is beefing up its services in Madison and Milwaukee, where it provided abortions before the U.S. Supreme Court overturned Roe v. Wade.

Wisconsin has 349 nursing homes, down from 397 in 2016, with many closures coming since the COVID-19 pandemic began.

At least some of the 11 surgeons who planned to resign at the end of the year to start an independent practice are already gone.

SSM Health Dean was a planning an orthopedics ambulatory surgery center, which the new group says it will now build, along with an orthopedics hospital.

The facility, to be attached to UW's East Madison Hospital, is similar to what other providers are planning in the Madison area.

The reductions in Medicare payments at UW and Meriter were lower than the state and national averages. 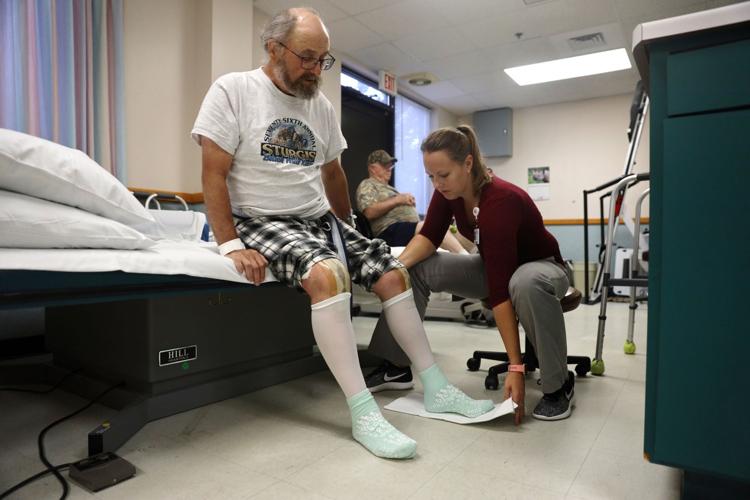 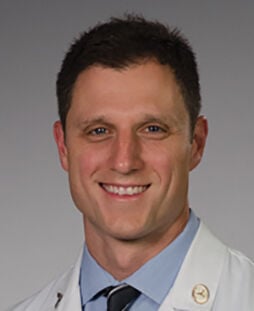