With billions of dollars worth of projects in the works, Wisconsin lawmakers have introduced a bill that would block competition on long-distance power lines.

The bipartisan bill, opposed by both consumer advocates and the free-market group Americans for Prosperity, comes as the Biden administration launches a major “grid modernization” effort to deliver clean energy.

Sponsored by Sen. Julian Bradley, R-Franklin, and Sen. Brad Pfaff, D-La Crosse, the bill would give “incumbent” transmission owners the exclusive right to build any transmission project approved by the Midwest grid operator, known as MISO.

That means the state’s three transmission utilities would have the exclusive right to add to their networks, which opponents say would boost their profits at ratepayers’ expense.

The authors have framed the bill as a means of “maintaining control” over the state’s transmission development, but a coalition of consumer, industry and free market groups say it’s simply about protecting utility profits by preventing competitive bidding and will lead to higher energy prices.

“Billions could be at stake here for Wisconsin customers,” said Todd Stuart, executive director of the Wisconsin Industrial Energy Group, which represents the state’s largest electricity customers. “This is really terrible public policy.”

Multiple states — including Iowa, Minnesota and most recently Michigan — have passed similar legislation in the decade since the Federal Energy Regulatory Commission (FERC) abolished federal anti-competition protections known as “right of first refusal.” Missouri’s legislature is expected to take up a similar bill next month.

FERC is now considering more policy reforms that could help prepare the grid to deliver clean energy from remote wind and solar farms while supporting new uses like electric vehicles.

But critics of the anti-competition laws point to a more immediate impetus for the legislation: Later this year MISO is expected to approve a batch of new transmission lines it says will be needed over the next two decades to handle new clean energy sources being built to meet member utilities’ carbon reduction goals.

Those lines are expected to cost between $30 billion and $100 billion, with the costs being passed on to electricity customers throughout the MISO territory.

Bradley’s office provided a statement claiming the bill would protect the state from “federal” control.

“This bill ensures Wisconsin — not DC — controls the expansion and operation of our state’s electric grid,” Bradley said. “Neighboring states have chosen to control their grids to ensure reliable energy for their citizens, and it’s time for Wisconsin to do the same.”

The federal government does not directly control the grid but sets ground rules for entities such as MISO, an independent nonprofit organization established in 2001 to operate electricity markets and oversee regional planning in 15 states and one Canadian province.

The bill would not change the state Public Service Commission’s role in permitting individual projects, such as the controversial Cardinal-Hickory Creek line under construction between Dubuque, Iowa, and Middleton. It would prohibit MISO from awarding contracts to outside developers.

American Transmission Company, which is owned by a group of distribution utilities including Alliant and Madison Gas and Electric, owns most of Wisconsin’s transmission network. Xcel Energy and Dairyland operate most of the transmission lines in the western part of the state.

While the cost of generating electricity has fallen over the past decade, the cost to deliver it has risen as utilities have made substantial investments in the wires, poles, towers and other equipment, according to the Energy Information Administration.

Power line opponents often point to research suggesting it would be cheaper to clean up the grid with rooftop and smaller community-based solar panels coupled with battery storage, but most experts say transmission additions will be needed to do what climate scientists say is necessary to avoid the most catastrophic effects of climate change.

Princeton University researchers say the nation could achieve net-zero greenhouse gas emissions by 2050 using existing technology, but doing so could require a transmission system up to three times larger.

Earlier this month the Biden administration announced a major initiative to support the construction of even more long-distance power lines to improve grid reliability and deliver clean energy where it’s needed.

With transmission buildout gaining momentum, consumer advocates say competition is critical to protecting ratepayers, citing studies and real world examples where competitive bidding reduced costs by more than a third on average and in some cases by as much as half.

Under the competitive bidding process, the winning developer would be held to timelines and budgets spelled out in MISO’s contract rather than a monopoly utility telling regulators what the project will cost.

“If there is a cost overrun, the developer has to eat it,” Stuart said. “Contrast that to a line by ATC or Xcel. If they have a cost overrun, they go back to the PSC. I can’t remember the last time a cost-overrun was disallowed.”

Independent energy consultant Rao Konidena said anti-competition laws are “defeating the purpose” of participating in a regional market like MISO, where electricity flows across state lines in a system designed to use the cheapest energy available.

Konidena said MISO has dozens of qualified transmission developers — some with experience in high-voltage direct current (or DC) lines, underground lines and technologies that make the best use of wires — that could bring innovation to Wisconsin’s transmission network if allowed to participate.

“Healthy competition will motivate incumbent transmission companies to work with them,” Konidena said. “We need more players in the field to build transmission. Not fewer.”

Anti-competition legislation has also drawn fire from conservatives, including the Trump administration, which argued against a bill in the Texas legislature.

Americans for Prosperity state director Eric Bott said the law would likely violate the “dormant commerce” clause of the Constitution, which prohibits states from passing protectionist policies that discriminate against non-residents doing business.

“I anticipate if this bill were to pass we’d be sued the next day,” Bott said.

Utilities say competitive bidding hasn’t worked and contend the bill is about maintaining “state control,” although it would not change the PSC’s authority.

“A significant amount of investment in transmission infrastructure is necessary to accommodate the ongoing transition to a more diversified energy mix,” said ATC spokesperson Alissa Braatz. “The proposed legislation, which is similar to laws that are in place in many states surrounding Wisconsin, will maintain the state’s rights to make these important policy decisions.”

A coalition of MISO transmission utilities that includes ATC, Dairyland and Xcel argued to FERC that competitive bidding would “significantly” delay the clean energy transition.

The Edison Electric Institute, the trade association for the nation’s investor-owned utilities, has encouraged FERC to reinstate a federal right of first refusal, arguing that its elimination “stifled the cooperation and collaboration that has historically existed among transmission owners.”

“This policy has resulted in a near standstill in transmission development for regional projects,” the group wrote, “and a substantial increase in process-related costs.”

“This bill ensures Wisconsin — not DC — controls the expansion and operation of our state’s electric grid. Neighboring states have chosen to control their grids to ensure reliable energy for their citizens, and it’s time for Wisconsin to do the same.”

“Healthy competition will motivate incumbent transmission companies to work with them. We need more players in the field to build transmission. Not fewer.”

Administered by the Federal Communications Commission, the Affordable Connectivity Program provides discounts of up to $30 a month for eligible households and up to $75 a month for homes on tribal lands.

The DNR received more than 15,000 public comments last spring split almost evenly between those with favorable and unfavorable views of wolves but agreeing it's “important to maintain a wolf population.”

With hundreds of millions of dollars at stake, Wisconsin regulators are signaling interest in scrutinizing plans to decommission a former nucl…

Environmentalists and policy experts say new investments in fossil fuels are not in line with steps to mitigate the effects of climate change.

Since its creation in 1989, the Knowles-Nelson stewardship fund has been used to preserve more than 800,000 acres throughout the state, including places like the Pheasant Branch Conservancy and Cherokee Marsh.

Madison-based Alliant Energy Corp. on Thursday reported fourth-quarter earnings up over a year earlier, but just under analysts' expectations.

A handful of GOP-sponsored bills almost made it to the finish line, but a package of nearly two dozen Democratic proposals aimed at curbing and adapting to climate change languished without so much as a committee hearing.

A handful of GOP-sponsored bills almost made it to the finish line, but a package of nearly two dozen Democratic proposals aimed at curbing and adapting to climate change languished without so much as a committee hearing. 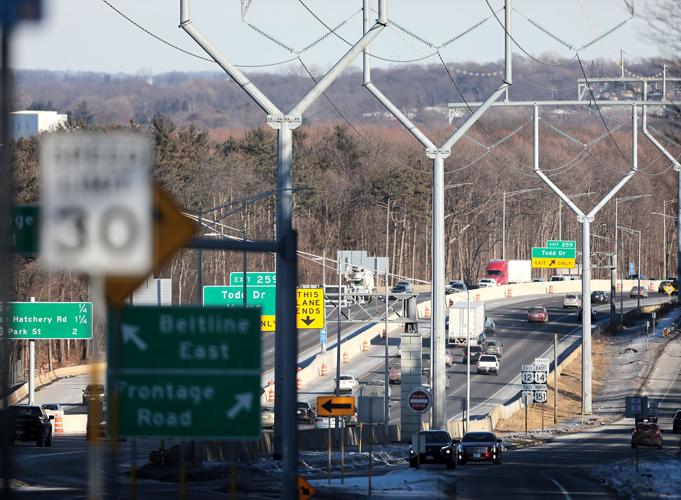 With the Midwest grid operator expected to OK a package of power lines worth up to $100 billion, transmission utilities are pushing legislation to block competitive bidding. 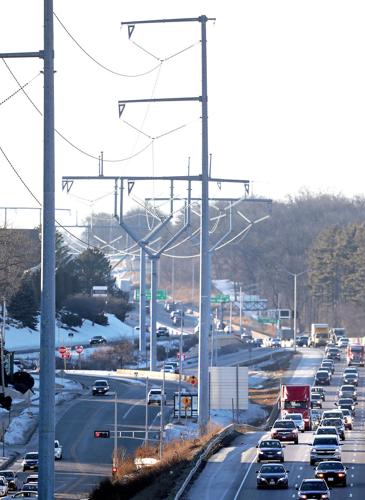 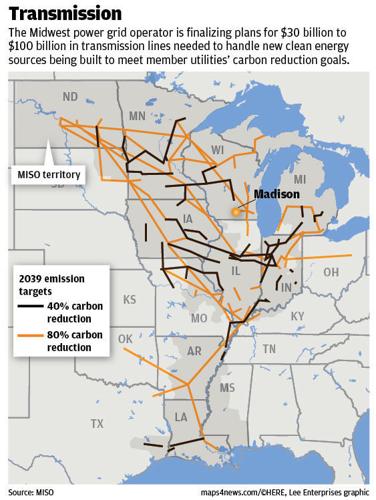 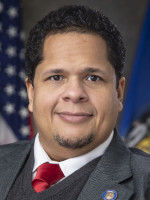 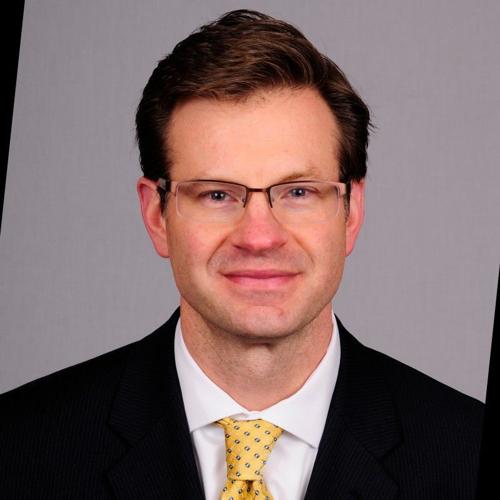