Subscribe
Read Today's E-Edition
Share This
While other states do away with cash bail, Wisconsin's GOP lawmakers want to regulate it further
0 Comments
Share this
Alexander Shur | Wisconsin State Journal

As other states lighten or completely do away with cash bail, Wisconsin judges would have to factor in defendants’ charges, criminal record and public safety risk in setting cash bail amounts under a Republican-proposed constitutional amendment coming before a public hearing Wednesday.

Under the state Constitution, judges can’t currently impose cash bail to prevent future crimes, only to ensure defendants appear in court. Judges may, however, add conditions to a person’s bail that seek to address public safety concerns.

The proposed constitutional amendment comes after a man, released on $1,000 bail and charged with running over the mother of his child, drove through the Waukesha Christmas parade in November, killing six and injuring more than 60.

The constitutional amendment was first proposed in 2017 by Rep. Cindi Duchow, R-Delafield, and Sen. Van Wanggaard, R-Racine. Wanggaard’s companion Senate joint resolution was reintroduced in December, and Duchow’s in January.

For the proposed amendment to be implemented, it would have to be passed during two consecutive legislative sessions followed by a statewide referendum. It can’t be vetoed by the governor.

Wanggaard in a statement said the amendment isn’t a response to any specific incident, including the Waukesha Christmas parade tragedy.

“The fact is Wisconsin’s bail system has been in need of change for a long time,” he said.

“We want to be safe in our homes and as we walk down the street, and we want to ensure the government does not have unchecked power against an individual,” Duchow said in a statement to the Senate Judiciary Committee last month.

The state public defender’s office issued a statement for the January hearing saying the amendment would lead to the increased detention of people presumed to be innocent and create the likelihood that judges would set excessive bail amounts.

The office in a statement also recommended “comprehensive discussion by all criminal justice system partners” before amending the Constitution.

Months before the lawmakers reintroduced the constitutional amendment to more rigorously assess cash bail amounts, Illinois became the first state in the country to completely eliminate it, with the ban to take full effect in 2023.

“This legislation marks a substantial step toward dismantling the systemic racism that plagues our communities, our state and our nation, and brings us closer to true safety, true fairness and true justice,” Democratic Illinois Gov. J.B. Pritzker said when he signed the bill into law.

California, too, did away with cash bail for people who couldn’t afford it in March 2021, with the California Supreme Court stating, “conditioning freedom solely on whether an arrestee can afford bail is unconstitutional.”

“They’re not seeing spikes in recidivism, their costs are down and public safety is at the same level, but more people are out on the street,” he said. “And so I feel like Wisconsin is bucking the trend here.”

Gross added that Eighth Amendment protections against excessive bail and 14th Amendment due process and equal protection issues are raised any time judges set bail beyond a defendant’s financial capacity, which he said may occur more often if the amendment is enacted.

And while the state Constitution currently prohibits using a defendant’s charges or criminal history as a factor for setting bail, many judges do it anyway — consciously or unconsciously, Gross said.

“All of the science here says cash bail isn’t good,” Gross said. “It could be potentially unconstitutional in some ways, it discriminates against the poor. And at the end of the day, nobody’s safer for its use.”

New Jersey overhauled its bail system in 2017, allowing more people to remain free while awaiting trial by doing away with cash bail in most instances.

Marginally fewer people attended their court dates after the reforms, but a New Jersey Administrative Office of the Courts report stated that was a matter of compiling data differently.

“Concerns about a possible spike in crime and failures to appear did not materialize,” the report concluded.

Addressing the study stating that doing away with cash bail did not elevate crime numbers, Duchow said, “We have a cash bail system in the state of Wisconsin, and I don’t see us getting away from that anytime soon.”

Duchow also pointed to New York, a state that had implemented a law heavily decreasing cash bail use in January 2020 before reversing many of the changes in April 2020 after the New York Police Department presented statistics showing that crime rose after the January changes.

Advocates have for years pushed for the elimination of cash bail as a policy particularly affecting people of color.

In a 2019 report, left-leaning Prison Policy Initiative research director Wendy Sawyer found that defendants who are people of color are 10-25% more likely than white defendants to be detained pretrial or have to pay cash bail.

“Black and brown defendants receive bail amounts that are twice as high as bail set for white defendants — and they are less likely to be able to afford it,” she said.

In response, Duchow said, “I’m looking at the crimes statistics in Milwaukee. I think 80% of all the murders were committed by African Americans. So there are going to be more African Americans arrested if they’re creating more crimes.”

Duchow did not directly address the disparity in bail amounts between white defendants and people of color, saying she would have to look at the study first, but she added that judges take into account a person’s financial situation.

Wanggaard did not respond to a request for comment.

The Hartland woman was arrested in Cambridge after pointing a gun at sheriff's deputies and struggling with them.

A State Patrol reconstructionist said the driver was speeding before the crash in Sun Prairie.

While only southeastern Wisconsin will see any impact from the storm — and that in a minor way — central and northern Illinois will be part of a swath of snow reaching double-digit totals, according to forecasters.

An amendment to limit to whom the law would apply did nothing to assuage critics' opposition to the bill.

Evers, a life-long educator, said children do not need state legislative encroachment on their learning environment. 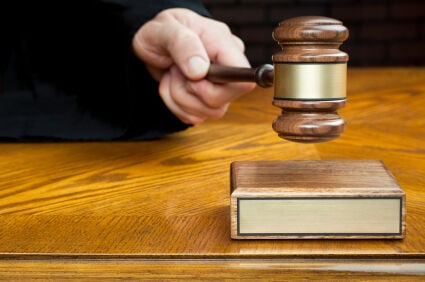 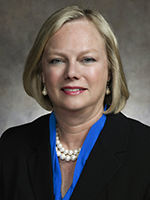