Once a go-to spot for school picnics, a tiny pagoda built to shelter a natural spring on the shores of Lake Monona could get its first makeover in the historic structure’s 130-year history — or it could go the way of those quaint school picnics.

Monona officials are trying to decide whether the Springhaven Pagoda is worth saving, given what have so far been inconsistent opinions on the viability of the metal-reinforced concrete structure built on land once owned by a former Madison mayor.

The pagoda has since the 1950s been part of the diminutive ¾-acre Stone Bridge Park off Winnequah Road on the city’s north side, according to Monona city planner Douglas Plowman. It’s mostly hidden from view by the park’s sloping landscape, which until this year was more akin to an empty lot than a park.

The city had planned to spend about $31,000 to replace the pagoda’s crumbling roof as part of an approximately $360,000 park renovation, but that plan changed after city staff and an engineer determined the “pagoda foundations and columns were in a much worse condition than expected,” according to a Sept. 2 memo from Plowman.

“One of the concrete columns is no longer attached to the foundation and is hanging from the roof structure,” engineer Patrick Eagan says in a Sept. 1 letter. “The steel dowels at the bottom of the column are exposed, heavily corroded, and are not embedded into the stone foundation.”

Three weeks later, though, a concrete and masonry restoration firm, hired by the city for a second opinion, found “the base, columns and roof support beams appear to be in good shape with no restoration required,” although CMR Concrete and Masonry Restoration agreed the roof was in need of major repair.

Plowman said the city is pursuing the opinion of a structural engineer in time for the Monona Landmarks Commission’s December meeting.

It would be a shame to let the piece of the area’s history be removed, said Ann Waidelich, president of the Historic Blooming Grove Historical Society. The town of Blooming Grove, now just a patchwork of parcels scattered south and east of Lake Monona, used to include all of the city of Monona.

“This poor little park had been neglected for so long and then (the pagoda is) way down by the lake. You can’t really see it from the street and I think that’s why it’s been vandalized as much as it has,” she said. “It’s an important landmark.”

The pagoda was built by Judge E.W. “Boss” Keyes — a Madison mayor in 1865 and again in 1886 and a former member of the state Assembly — sometime in the late 1880s, according to the city’s 2016 pagoda preservation plan.

He so “treasured” the spring “that he not only built this housing for it, but also named his farm Springhaven,” according to a city history of its landmarks.

Children from what was then Nichols School on Monona Drive — now home to Monona Grove School District administrative offices and the district’s charter school — used to hold their end-of-school-year picnics there, using the spring water to make lemonade.

Declared a city landmark in 1979, the approximately 8-foot-tall, 7-foot-diameter pagoda is “significant as an extant example of early Wisconsin pioneer handmade architecture created with a high level of craftsmanship as evident in the details,” the plan says. “Simple and efficient in the use of materials, this concrete structure is a good remaining example of rural pioneer architecture and traditional craftsmanship.”

During a visit to the park earlier this month, the pagoda was showing its age. Parts of the roof and the bases of some of its six columns were crumbling, and debris filled the basin and obscured its original foundation.

There was no sign of any clear, gurgling water, although Plowman said it does occasionally flow, possibly as a “result of either high ground water or the spring itself.”

“Such springs were once common around the shores of the Madison lakes,” according to the preservation plan, but they’ve disappeared “as more water is pumped to serve the area’s growing population.”

“It’s a reminder of how we’ve sucked up the groundwater such that these springs aren’t springing anymore,” Waidelich said.

Surrounding the pagoda is the renovated park, with a new winding sidewalk to the lake, lighting and and block retaining walls on the shore and around the pagoda. New plantings include sandbag-like “earthen bags” just above the Pagoda, Goforth said. Over time, plants sprout from between them, creating a kind of natural retaining wall.

Goforth and Mayor Mary O’Connor said that if the city decides the pagoda isn’t worth saving, it can’t just be left to crumble because of the danger that, in crumbling, it could hurt someone.

So far there isn’t a lot of evidence that residents would much mind seeing it bulldozed, presuming they know it exists.

“A lot of people have an emotional connection and it’s been there so long,” Goforth said, but only Waidelich has spoken in favor of saving it before Landmarks, and Goforth had only heard from one other person who wants it preserved.

There’s “not a huge public outcry,” O’Connor said. “I think a lot of people don’t know it’s there.”

She said a group of residents once suggested moving it closer to the road, but that would defeat its purpose — to protect the spring. Goforth said it’s not generally considered best practice in historic renovation to create a replica of a historic structure to replace the original structure.

O’Connor, who said she’s been interested in doing something about the pagoda since she served on the City Council and Landmarks, said part of the problem in restoring it is that no one’s entirely sure what went into the concrete mixed more than 130 years ago or what kind of skeletal structure it was applied to, although she said there may be chicken wire involved.

She said she was waiting to see the results of the most recent assessment before taking a position on whether to save it, but that if it’s removed, something would be put in its place to mark the spot’s role in the area’s history.

NATIONAL SIGNING DAY! These Cardinals are on to huge things! #NationalSigningDay pic.twitter.com/Vfz6x4Ob12

Chaney Austin is currently a captain with the Madison Police Department.

Dane County's towns, villages and cities — excluding Madison — are in line for $30 million from the $1.9 trillion coronavirus relief package passed in March.

The groups plans to visit historically Black colleges and universities in the New Orleans area and take part in some service learning in April.

South-central Wisconsin is unlikely to see accumulating snow from the Alberta Clipper that will move across the state on Saturday, according to forecasters. 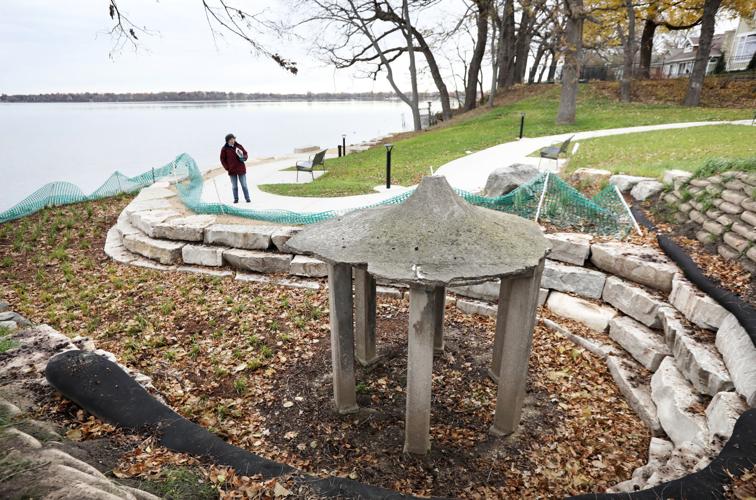 Ann Waidelich, president of the Historic Blooming Grove Historical Society, wants to see the 130-year-old Springhaven Pagoda in Monona's Stone Bridge Park preserved, in part as a reminder of the importance of the area's natural springs. 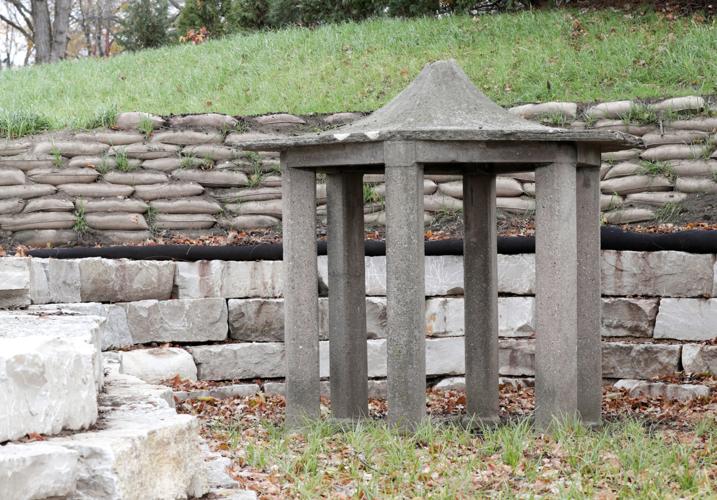 Springhaven Pagoda is largely shielded from view by the sloping landscape of Stone Bridge Park. "I think a lot of people don't know it's there," says Monona Mayor Mary O'Connor. 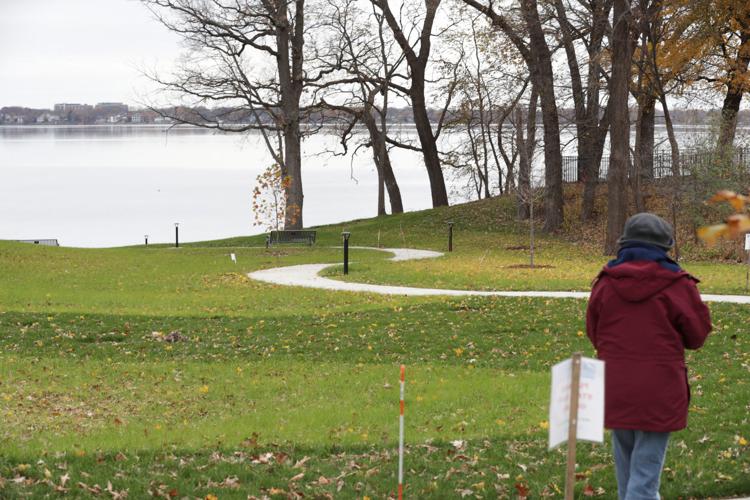 Monona completed a major renovation of Stone Bridge Park this year, including installing a path to the lake and retaining walls. The work was originally supposed to include replacing the pagoda's roof. 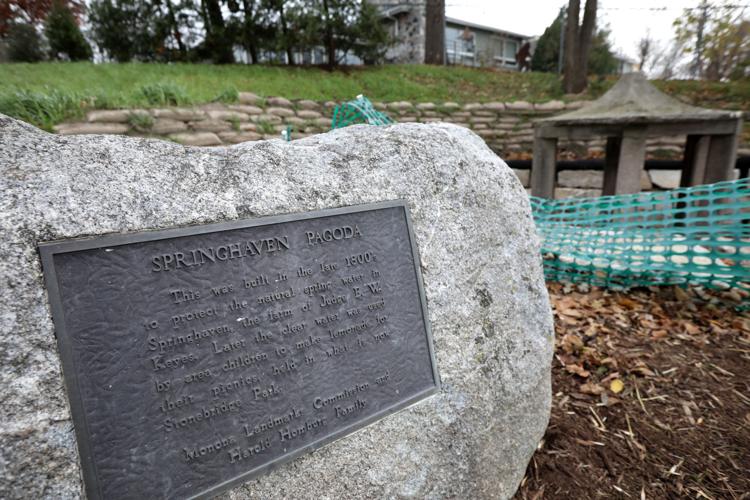 A marker at Stone Bridge Park provides information on the pagoda's history.