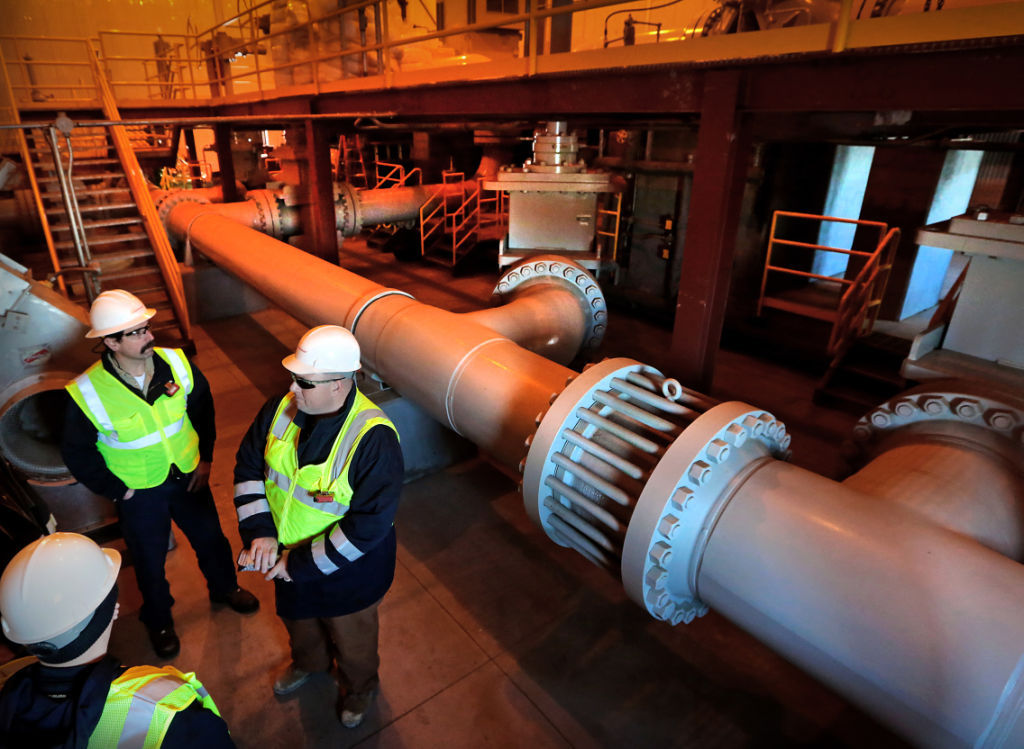 As part of an effort to sharply boost the flow of tar sands crude through Wisconsin, Enbridge Energy wants to build another pumping station adjacent to an existing facility in northeastern Dane County, above. 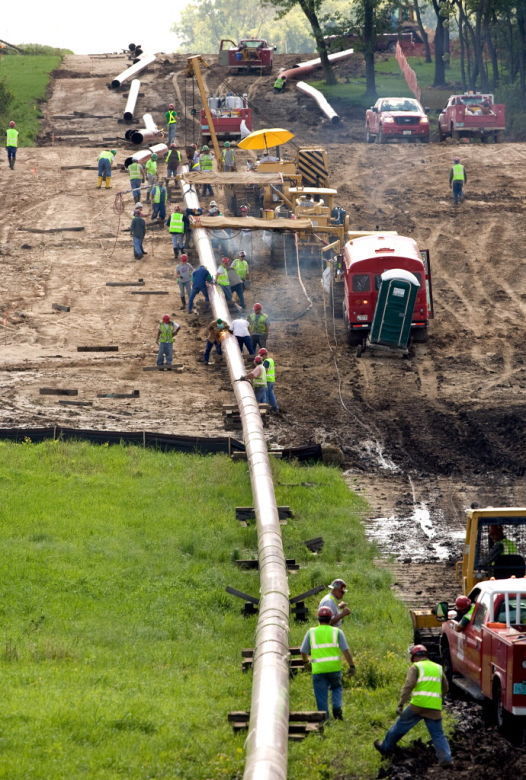 In 2007, Enbridge Energy was installing its Line 61 through Wisconsin, including a section south of Fisch Road in the Sun Prairie area. The 42-inch crude oil pipeline began operating in 2009.

Dane County’s efforts to require a Canadian company to carry special environmental insurance for a pipeline running through the county could see its actions reversed by a last-minute state budget provision added by Republicans Thursday.

The provision, which was added to the proposed state budget anonymously, would block a county measure to require Enbridge Energy to carry$25 million in pollution insurance before it can proceed with a planned pipeline capacity expansion.

Under the change, towns and counties would be blocked from imposing additional insurance requirements. Although the measure did not specifically mention Enbridge, the company has been feuding with Dane County for months over pollution insurance.

The 42-inch pipeline is powered by 13 stations along the route, including one in northeastern Dane County. The company is adding pumping horsepower to increase the line’s average annual capacity from 400,000 barrels to 1.2 million barrels a day.

The county hired David Dybdahl Jr., a Middleton broker and expert on environmental insurance, to complete a report before the county would issue a conditional-use permit for upgrades to the pumping station.

The hiring of a consultant was prompted by an Enbridge pipeline spill in 2010 that fouled miles of Michigan’s Kalamazoo River and took four years and $1.2 billion to clean. That incident remains the largest inland spill in U.S. history.

Dybdahl’s report warned that federal and state cleanup funds aren’t guaranteed to be in place forever, and Enbridge may not always be as rich as it is now. He also warned that spills do not fall under the definition of property damage in insurance policies.

Enbridge has insisted that its $100 million general liability policy is sufficient. The company said only one insurer has ever refused to pay on that basis, and Enbridge is in litigation with that insurer.

But Dybdahl’s report led the Dane County Zoning and Land Regulation Committee to require $25 million in pollution insurance on top of the general liability insurance requirement. The amount, Dybdahl said, would exceed the cost of cleanup for most on-land spills on record.

Enbridge was set to appeal the decision before the Dane County Board on July 16, but it’s uncertain whether that would be necessary if the budget provision were ultimately adopted.

Dane County Executive Joe Parisi said that the provision was unexpected and that his office has yet to figure out what actions it can take.

“Because this process is occurring so upside down – where everything is happening in secret and where the people most impacted by these changes were not consulted beforehand – we are left with being handed a huge document that passed and trying to understand what it all means,” he said.

Parisi disputed Enbridge’s assertion that federal law governs pipeline safety, and that it’s too unwieldy for the company to comply with a patchwork of local regulations.

“It’s not a federal issue for the local people that have to deal with spills,” he said. “They are making enough money off of this pipeline that they should be able to meet the conditions that are necessary for local folks to be protected.”

“The County Board isn’t being unrealistic just given the history of pipelines,” he said. “It’s something where the oil companies certainly can afford to do it.”

“The proposed upgrades to our existing Line 61 will have a positive impact on the economy and energy security in Wisconsin and the nation as a whole. Ensuring a vibrant economy is part of a legislator’s job, so it makes sense that legislators are paying attention to what is happening in Dane County and the impact such decisions may have on state and local jobs and the economy,” the statement read.

Sen. Tom Tiffany, R-Hazelhurst, who sits on the Joint Finance Committee, and Rep. Joel Kleefisch, R-Oconomowoc, who represents the area around the pumping station, could not be reached.

Assembly passes $73B state budget, sends it to Scott Walker

Walker has not said when he will sign it, but fast action before the Monday presidential announcement was expected.

County officials said the company's appeal has been removed from Thursday's County Board agenda and they denounced state action.

Republicans wiped out local government's ability to require spill clean up insurance, but there are other ways, advocates say.

The Dane County Zoning and Land Committee's unanimous decision follows a consultant's recommendation that the county require Enbridge Energy to carry $25 million in pollution insurance in order to proceed with its pipeline capacity expansion.

Enbridge appeals to Dane County Board to avoid spill insurance

On the advice of a pollution risk expert, the county zoning board required Enbridge to supply a cleanup money guarantee.

The company objects to spill cleanup insurance a county committee said is needed.

As part of an effort to sharply boost the flow of tar sands crude through Wisconsin, Enbridge Energy wants to build another pumping station adjacent to an existing facility in northeastern Dane County, above.

In 2007, Enbridge Energy was installing its Line 61 through Wisconsin, including a section south of Fisch Road in the Sun Prairie area. The 42-inch crude oil pipeline began operating in 2009.