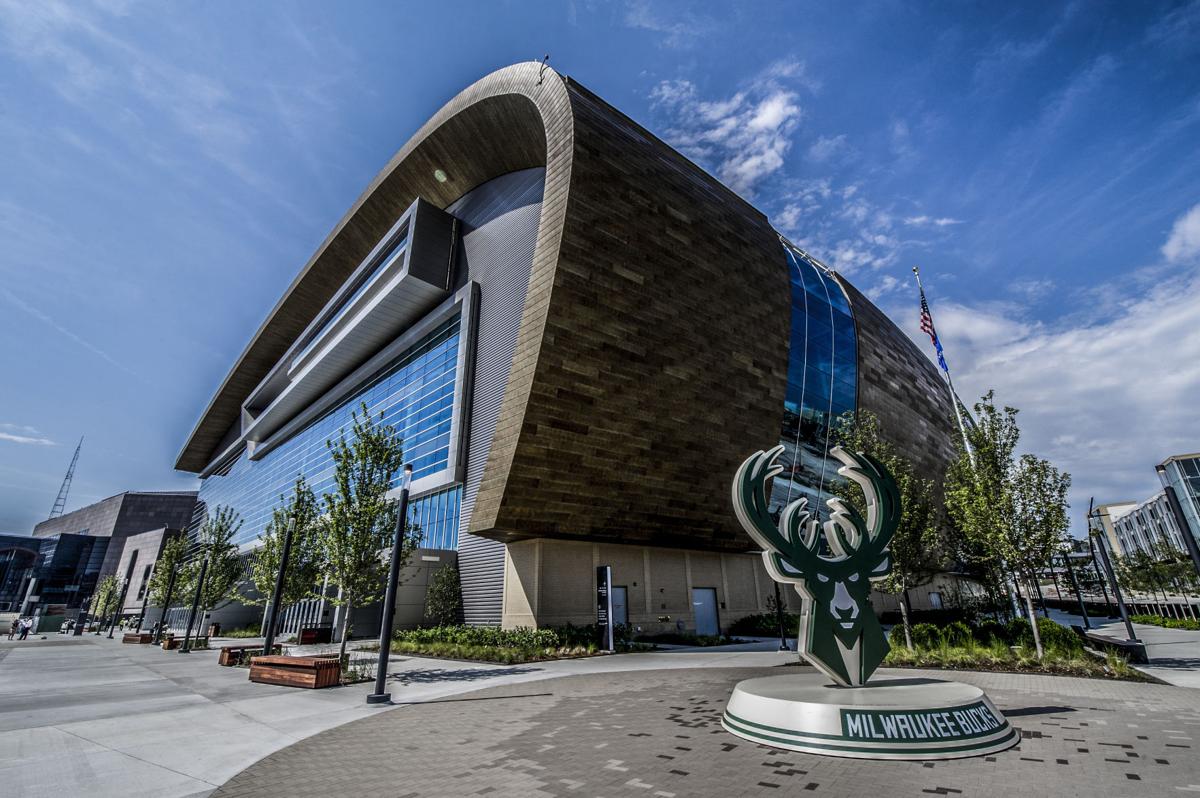 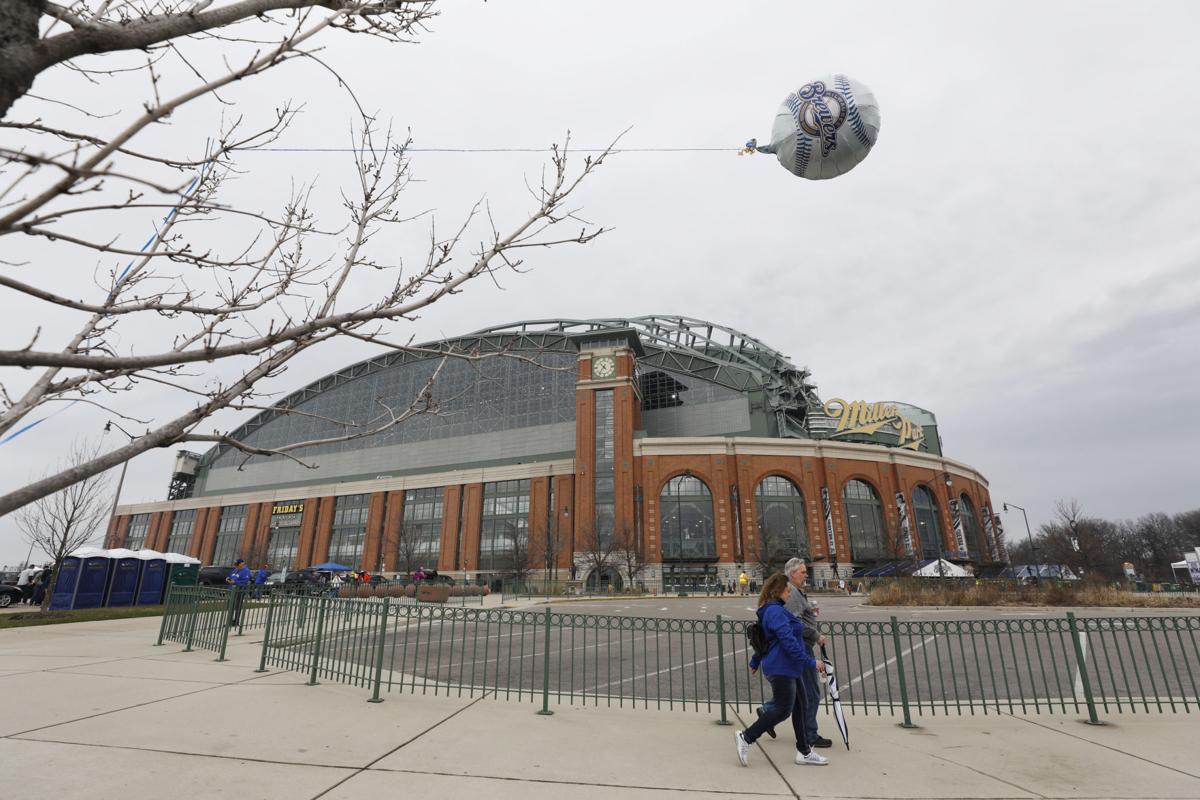 The chairman of the Wisconsin Republican Party warned Milwaukee’s chief elections official that it would be illegal for any Milwaukee Bucks or Brewers players or mascots, including the Brewers’ famous racing sausages, to participate in early voting events planned at their stadiums in the days leading up to the election.

Also on Wednesday, five voters in Madison asked a judge to declare that a city-organized event to collect absentee ballots was legal, after an attorney for Republican legislative leaders alleged it was not. The city collected more than 10,000 absentee ballots last weekend and plans to hold another daylong event Saturday.

Milwaukee and Madison are liberal strongholds in the swing state. Strong Democratic turnout in those cities is key to the strategy of Democratic presidential candidate Joe Biden. Republican President Donald Trump’s campaign could benefit from lower turnout there.

Republicans in Wisconsin and around the country have been aggressively challenging what they see as any attempt to expand voting opportunities beyond what the law allows. Democrats accuse Republicans of trying to confuse voters and make it more difficult for Democrats to cast ballots.

The Republican National Committee and Wisconsin Republicans on Wednesday were fighting a federal court ruling that will allow absentee ballots postmarked by Election Day to be counted for up to six days afterward. Less than two hours after asking a federal appeals court to suspend its ruling allowing the six-day window, the court denied the Republicans’ request.

Milwaukee plans to allow for in-person absentee voting at Miller Park and Fiserv Forum between Oct. 20 and Nov. 1. Voters can vote early in person or also return their mailed absentee ballots.

State Republican Party chairman Andrew Hitt sent the warning letter to Claire Woodall-Vogg, executive director of the Milwaukee Election Commission, even though there’s no indication that members of either team planned to be at their venues on Election Day.

“It seems kind of silly to be worried about racing sausages, but the larger point is the law is pretty clear,” Hitt told The Associated Press by phone on Wednesday.

Woodall-Vogg said there would be no illegal electioneering at either location. She said the decision to use Miller Park and Fisev Forum as early voting sites was based on finding a safe location to vote during the COVID-19 pandemic.

Hitt said he was concerned because a voter registration event at Miller Park on Sept. 22 featured the Brewers’ racing sausages, a fan favorite featured at every home game. He cited a state law that defines illegal electioneering as “any activity which is intended to influence voting at an election.”

“All of the Bucks’ and Brewers’ athletes and mascots are, of course, beloved of their fans, so their presence at a venue is undoubtedly something of significant value,” Hitt wrote. “Consequently, it would be inappropriate for them to be at Miller Park or Fiserv Forum while those venues are in use as alternate absentee ballot sites.”

Tyler Barnes, a spokesman for the Brewers, said there was no plan to have any players or mascots present. The Bucks had no comment.

Democracy in the Park lawsuit

There’s a different issue in Madison that doesn’t involve sausages.

The city elections clerk on Saturday sent poll workers to every city park to register voters and accept absentee ballots. Misha Tseytlin, an attorney for Republican state lawmakers, sent a letter to City Clerk Maribeth Witzel-Behl the day before urging her to cancel the event. He said Wisconsin law doesn’t allow it and a judge would likely invalidate any ballots collected in the parks.

Five voters filed a lawsuit in Dane County Circuit Court on Wednesday. Three cast ballots at the city’s event last weekend and said they were afraid their ballots would be challenged in court and could be invalidated. The other two wanted to submit their ballots at the upcoming event but said they won’t because of concerns over a potential GOP lawsuit.

“We’re asking a court to quash cynical efforts to cast doubt on the legality of this event and thereby to suppress the votes of some Madison residents,” attorney Doug Poland said in a statement.

Tseytlin and the Republicans he represents did not respond to a request for comment.

Hitt, speaking before the lawsuit was filed, said he did not think it would be illegal on its face. As long as poll workers follow the law and don’t do things like hand out ballots or sign as a witness without actually seeing the voter fill out the ballot, Hitt said Republicans have no objections and would not sue.

However, Hitt said Republicans have observers in place and if they see a violation “we’ll be in court within minutes to an hour of observing that.”

“As long as they are following the law, we’re not going to cause any trouble,” he said.

Along with the lawsuit, the group filed an emergency motion asking for immediate action. The case has been assigned to Dane County Circuit Judge Mario White. The defendant in the case is the city Board of Canvassers.

The lawsuit cites the COVID-19 pandemic as the reason many are choosing to vote with absentee ballots, rather than going to indoor polling places, and states that the U.S. Postal Service expects “unreasonably long delays” that could affect election-related mail.

The city organized Democracy in the Park in late August, the lawsuit states, to give voters a “safe and easy option” for returning absentee ballots at 206 city parks using security protocols to comply with ballot security requirements.

Plaintiffs include Sari Ratner Judge, Miriam Ratner, Molly Lubin, Judy Reed and Elana Matthews. All cite fear of exposure to COVID-19 and potentially unreliable mail delivery, among other factors, as reasons to attend Democracy in the Park.

The Hispanic electorate is the fastest-growing demographic group in Wisconsin, particularly in the southeast region of the state.

Democracy in the Park, a now embattled ballot collection effort, is being challenged by state Republican leaders who call into question the legality and security of the event.

Despite a national report raising the possibility, Wisconsin statute does not grant state lawmakers the ability to choose electors.

The project will add an extra daily roundtrip between the Twin Cities, La Crosse, Milwaukee, Chicago and points in between along Amtrak's Empire Builder route.

After a raw Thursday with possible thunderstorms, the coldest weather of the season will hit the area on Friday morning, with frost possible, according to forecasters.