Opponents of a power line through southwestern Wisconsin have sued state regulators in federal court claiming conflicts of interest should have kept them from approving the controversial project.

The lawsuit, filed Wednesday by the Environmental Law & Policy Center on behalf of the Driftless Area Land Conservancy and the Wisconsin Wildlife Federation, challenges the decisions of Public Service Commission Chairwoman Rebecca Valcq and Commissioner Mike Huebsch to vote on the line known as Cardinal-Hickory Creek.

The nonprofit groups, which opposed the 100-mile high-voltage line, previously sought to disqualify the two commissioners on the grounds that outside entanglements — Valcq’s previous employment as an attorney for the state’s largest utility and Huebsch’s advisory role with the Midwest electric grid operator — create perceived conflicts of interest.

They filed a request for recusal in August after the commission signaled preliminary support for the line, a joint venture of American Transmission Co., ITC Midwest and Dairyland Power Cooperative that will run between Dubuque, Iowa, and Middleton.

All three PSC members objected to the recusal requests before unanimously approving the $492 million project in September, with Valcq calling the allegations “opportunistic at best and at worst contemptible.”

In an interview Wednesday, Environmental Law & Policy Center executive director Howard Learner said by not recusing themselves, the commissioners violated his clients’ constitutional rights to due process, reasoning that private property may be condemned through eminent domain for the utility project, which will cost ratepayers more than $2.2 billion over the next four decades.

“The public is entitled to a decision-making process … that is without conflicts of interest and not imbued by at least an appearance of bias and a lack of impartiality,” Learner said.

The center did not claim any conflict of interest by Commissioner Ellen Nowak but argues the PSC itself should be barred from ruling on the project because the process was “contaminated.”

The groups are asking the federal court to invalidate the PSC’s decision and nullify the utilities’ construction permit.

According to the complaint, Huebsch serves on an advisory committee to the Midwest grid operator, MISO, which was working with ATC to gain approval of the line.

In his role with MISO, the opponents argue, Huebsch was meeting with and advising a party to a case over which he was presiding and did not disclose the outside communications.

Valcq, who was appointed as commission chair by Gov. Tony Evers, previously spent 15 years as an attorney for the WEC Energy Group, which owns We Energies and about 60 percent of ATC.

She agreed to recuse herself from 30 open cases as well as any filed in the next year that she had worked on prior to joining the PSC. Cardinal-Hickory Creek was not among those cases.

The Environmental Law & Policy Center argues that Valcq worked on cases involving generators that connect to the electric grid and that the lack of time between her representation of WEC and the Cardinal-Hickory Creek case “create at least an appearance of bias” that warrants recusal.

PSC spokesman Matt Sweeney said the agency’s policy is not to comment on pending litigation, though he pointed to the commission’s written order which denied the initial recusal request saying the groups failed to present any concrete evidence that either commissioner had any outside information about the project.

Valcq filed a separate memo addressing what she called “unsubstantiated and speculative assertions.”

“At no time during my professional career have I ever represented ATC or any of the other parties in this proceeding on any matters, and I had no involvement with the Cardinal-Hickory Creek project at any time prior to joining the Commission,” Valcq wrote. “I have never worked on a transmission case involving ATC or any of the other applicants.”

“We believe the commissioners have something of a blind eye when it comes to the apparent conflicts of interest,” he said. “The public deserves better.”

Wednesday’s filing is the first of multiple legal challenges expected to come ahead of Monday’s deadline. The Driftless Area Land Conservancy and the Wisconsin Wildlife Federation plan to challenge the commission’s decision in state court, as do the boards of Dane and Iowa counties.

Several opponents previously asked the PSC to reconsider its Sept. 26 order, citing what they said were deficiencies in the application. Those petitions for rehearing were effectively denied when the commission did not act on them.

The utilities and clean energy advocates said the line is needed to bring power from the west to population centers, and numerous existing and planned wind and solar projects are depending on it to deliver their full output.

Opponents — including conservation groups, the Citizens Utility Board, Dane and Iowa counties and local governments along the route — questioned the public value, saying it would enable little new renewable energy, damage important conservation areas and result in minimal ratepayer savings.

A 78-year old man was swindled out of $900 by a scam artist who impersonated his church’s pastor, Madison police reported.

Badger State Solar is the fifth large-scale solar farm authorized since April. Once completed, the new facilities will have a combined capacity of 750 megawatts, roughly six times the current total solar capacity. 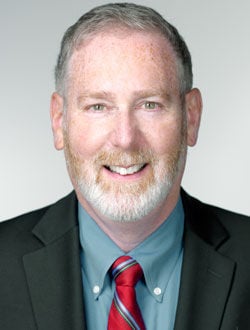 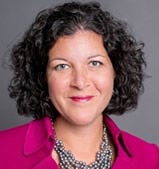 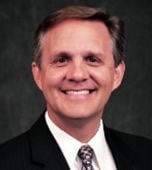