After decades in obscurity, a modest, underused space atop a Madison Water Utility well overlooking Lake Monona could soon be transformed into a comfy and engaging community destination.

Under a $525,000 proposal by the city and neighborhood partners, the “Lakefront Porch on Wilson at Crowley Station” would become an inviting, accessible space for gatherings with tables and chairs, community gardens, colorful structures with awnings, a Little Free Library and lights that are directed downward to reduce light pollution at night.

It will be “a place for people to gather, eat, view the lake, hear acoustic music, grow food, display art, and relax,” volunteer project leader Emily DeVore said. “We envision it being an integral part of Downtown events and culture. People will want to stop to eat a scone on their way from the Farmers’ Market or stop to watch the water ski shows on Lake Monona.”

Construction on the project could begin in the spring of 2023 and be completed that summer.

The Water Utility drilled Well No. 17, a deep well that pulls drinking water from the sandstone aquifer below the city, in 1966, later adding a deck with a scenic lookout, spokesman Marcus Pearson said.

But “the vast majority of passersby haven’t the slightest idea of what it is,” said Ald. Mike Verveer, whose 4th District includes the site.

“As it is, the Water Utility building is just another one of those background objects we find in cities everywhere,” said Ken Saiki of Saiki Design of Madison, which is handling the project design work. “This just happens to command a stunning view of Lake Monona, is directly connected to the city fabric, and thousands pass by the building every day without notice.”

The First Settlement Neighborhood has long wanted a public space at the site, with the need documented in its master plan from 1995, DeVore said.

In 2010, the platform received significant improvements by First Settlement residents with funds from the Water Utility that included outdoor seating and tables on the upper tier. In 2014, 20 raised planting beds were added to the lower tier.

Last year, the Water Utility updated railings along the perimeter of the raised platform to make it safer, and an accessible ramp is planned this year.

The current plans stemmed from community meetings in 2020, DeVore said. “The past two years have made the importance of urban public outdoor gathering spaces even more obvious to most of us,” she said.

A place to gather

Crowley Station “will be many times more meaningful as we put creativity, energy and money into it as a place to rest, gather and have special events,” longtime resident and activist Bert Stitt said.

The design makes the most of the space, while opening it to other uses and activities, Saiki said.

“Many of the new elements are colorful, playful and the lighting concept is less about illumination and more about extending the colorful expression into evening hours,” he said. “The concept creates a central raised platform that allows people seated at tables and chairs to see over the existing railing system to the lake. A ramp connects the upper level of the building so the entire space will be fully accessible.”

The vision is “spot on,” Verveer said, crediting resident volunteers as catalysts and the Water Utility for collaboration. “I think it’s got great potential for a relatively small amount of money to be a showcase for placemaking,” he said.

To learn more about the planned Lakefront Porch or to donate to the project, visit: www.lakefrontporch.org.

The timing for Lakefront Porch aligns with other plans for the area.

Historic Rubin's Furniture building Downtown will be transformed into hotel

North Central Group of Middleton wants to repurpose the neighboring Rubin’s Furniture store building on the 300 block of East Wilson Street into a 45-room hotel with commercial space and a rooftop patio overlooking the lake.

The city is also doing a full reconstruction of South Blair Street from East Washington Avenue to John Nolen Drive, including new left turn lanes at the clogged and dangerous hairball intersection, and private developers are forwarding plans for major housing projects all along the greater Wilson Street corridor.

A developer is moving forward on a hotel and apartments that will be the final pieces of the massive Judge Doyle Square Project on the 200 block of South Pinckney Street.

And the city is launching a competition to help transform the much-used but uninspired Lake Monona waterfront between Williamson Street and Olin Park into a “must see” regional destination. It has invited designers to craft a master plan that would better connect Capitol Square and nearby neighborhoods to the lake, improve water quality and aquatic habitat, celebrate Frank Lloyd Wright’s architectural legacy and preserve the lake’s cultural history from the Ho-Chunk Nation to the present.

“I think the timing is absolutely right for us to dream big about this area,” Verveer said.

Photos: The Dane County Farmers Market then and now

The preliminary proposal calls for 240 to 260 apartments, retail space, offices, resident amenities including a deck top pool, and underground parking for the project at 131 W. Wilson St.

Randy Alexander is proposing a 16-story housing tower with 335 units that would deliver some affordability by offering only studio apartments on a narrow lot with views of Lake Monona next to Paisan's Restaurant on West Wilson Street Downtown.

Quad Capital Partners is proposing a 14-story project with about 337 apartments, 17,000 square feet of commercial space, plaza space overlooking the lake and underground parking on the 100 block of East Wilson Street.

Outside and loving it: Pandemic jump in park use appears here to stay

Both Madison and Dane County parks saw their biggest year yet in 2021, even after park use skyrocketed in 2020 at the start of the pandemic.

Lacking funds and private contractors, Madison is hoping businesses and institutions can maintain up to 89 planting beds with perennials that beautify the medians of major streets.

A special Madison committee has picked three finalists who've designed public spaces around the globe to move forward in a design competition to reshape the Lake Monona waterfront between Olin Park and Williamson Street.

Houses and streets obliterated in aftermath of deadly Hurricane Ian

Houses and streets obliterated in aftermath of deadly Hurricane Ian 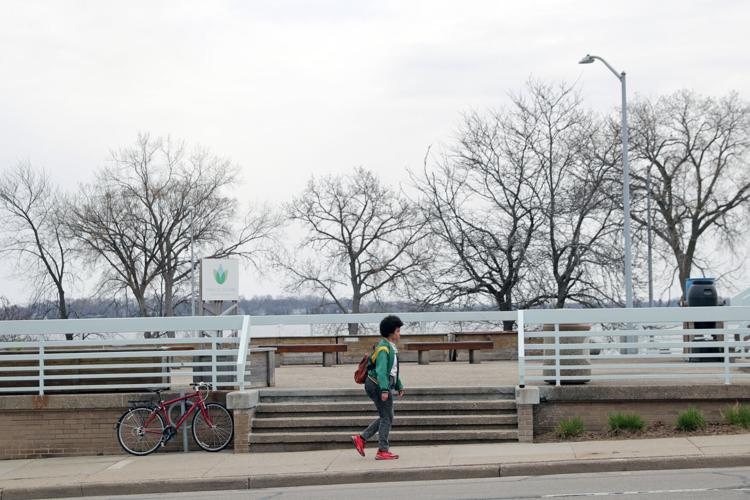 Crowley Station Community Garden on East Wilson Street is an easily missed public park atop Madison Water Utility Well No. 17. The city and First Settlement Neighborhood residents are partnering on a $525,000 project to transform the space into a community gathering space to be called "Lakefront Porch." 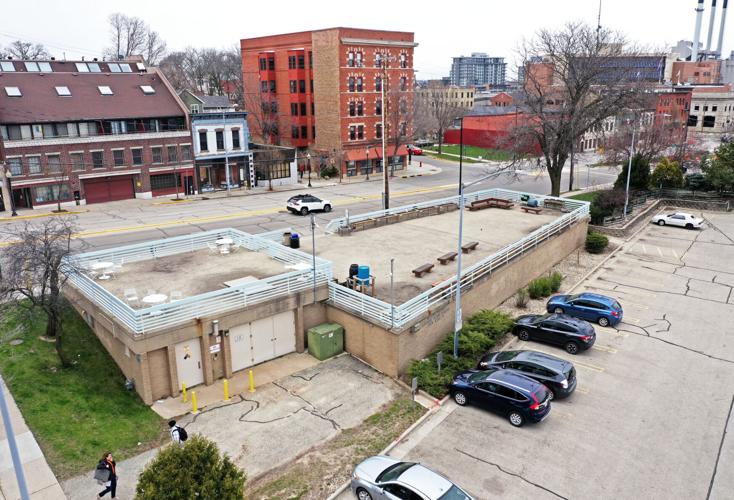 Most passersby "haven't the slightest idea of what it is," Ald. Mike Verveer said of the small public space atop Water Utility Well No. 17 on South Hancock Street, due for a dramatic upgrade beginning next spring. 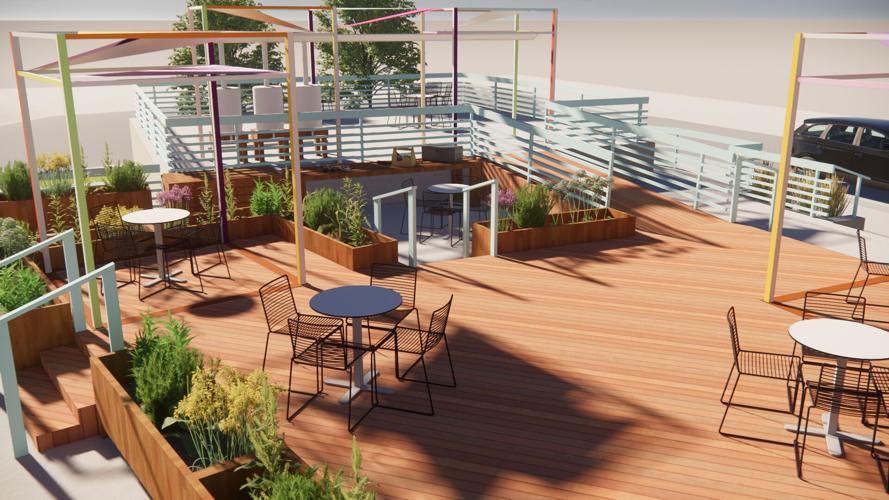 A rendering of the Lakefront Porch shows colorful new structures, some with awnings to provide shade. 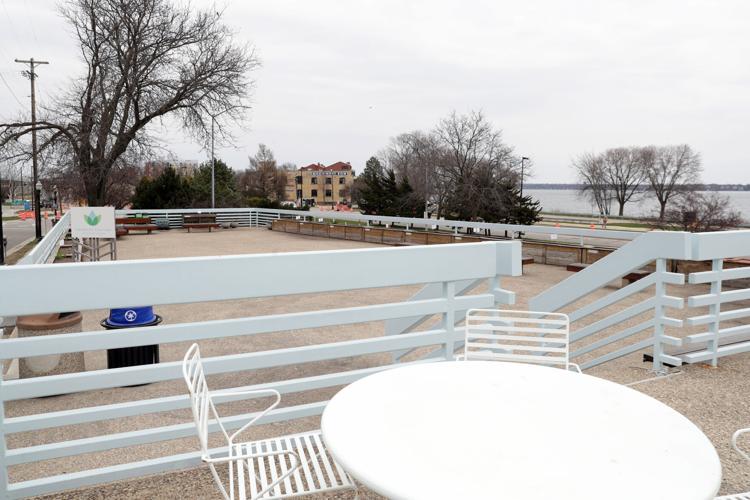 Limited seating was added to Crowley Station in 2010 and raised garden beds in 2014.