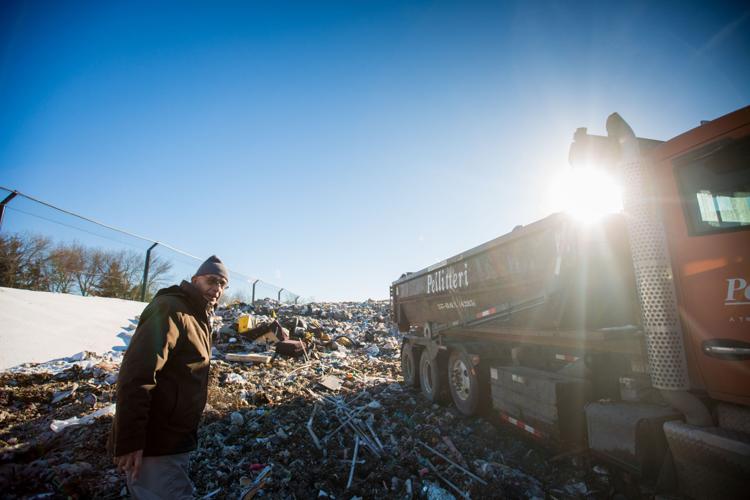 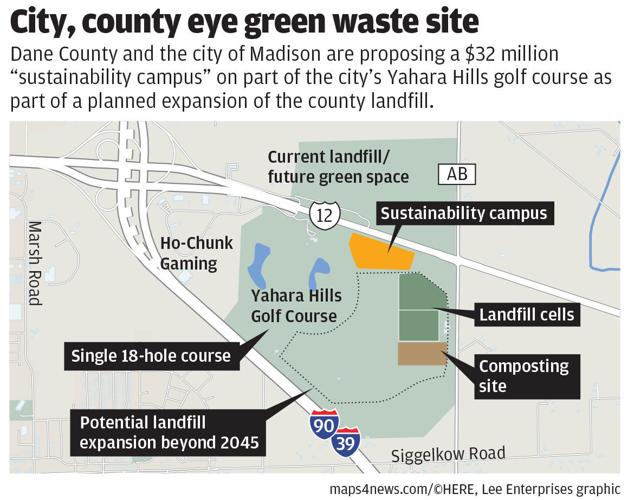 The Dane County Board signed off on a $5.5 million plan to buy a portion of the Yahara Hills Golf Course from the city of Madison with the aim of transforming it into a landfill, a key step in what will be a yearslong process before any waste could arrive at the pending site.

County supervisors voted 27-4 to acquire about 230 acres on the eastern part of the city-owned golf course during a meeting Thursday night despite residents’ concerns about environmental impacts and its proximity to a planned McFarland School District elementary school.

The county has eyed the site for a new landfill because the county-owned Rodefeld Landfill across Highway 12/18 from the golf course is expected to run out of space by 2030. Along with the landfill, the county has pledged to convert the grounds into a “sustainability campus” which would feature a composting site and business park.

The Madison City Council approved its end of the deal last week even though residents who live close to the proposed site pushed to postpone a vote on the project pending further community outreach.

Even with the county’s purchase of the land, it isn’t a guarantee that the grounds will become a landfill in the future.

Once the county owns the land, proper planning, site evaluations and further public engagement on the project can take place. The Wisconsin Department of Natural Resources will also make its own assessment of the proposed landfill as part of the permitting process. Residents can challenge the state’s findings.

“This is not the final vote the board will have on this project,” said John Welch, the county’s director of waste and renewables.

“This actually allows us to continue that work and answer a lot of the questions that do remain,” he said.

Under the contract, Madison has the option to buy the land back through the end of 2024 should Dane County opt to not put a landfill on the site.

But the land buy faced opposition from McFarland School District officials and residents who live near the golf course.

In a letter to County Executive Joe Parisi and Madison Mayor Satya Rhodes-Conway, McFarland Village Trustee Chris St. Clair criticized officials for not opening up a dialogue about the project with the village’s school district. School leaders only formally learned of the project the day of Madison’s vote on the land deal, St. Clair said.

Three McFarland School Board members, two pending members and the head of the district’s teachers union added their signatures to St. Clair’s letter. The district own lands on Siggelkow Road, roughly 2,000 feet from the proposed site.

“Many community members and local government officials are out-of-the loop and have not yet had a chance to be fully informed and have their questions fully answered,” St. Clair wrote.

“Given the potential for dramatic impact on hundreds of homes and our larger community, it is merely prudent to ensure the community better understands the issues involved,” the trustee said.

Prior to Thursday night’s vote, about a dozen people who live near the golf course urged supervisors to postpone the decision.

Mike Pfohl pointed to the school district’s lack of knowledge about the project as a reason to postpone the land deal pending further community input.

“Are you interested in putting a landfill this close to a school without the school district knowing anything about it?” Pfohl said. “The reality is the people impacted have not been informed and the community leaders have not been engaged.”

Parts of the golf course will remain as recreational space under county ownership. Once the current landfill site closes, parts of that land could see conservation and recreational use.

Should the project move forward, the golf course will have its 36 holes of golf available through the 2024 season, with fewer holes open for play over subsequent years, and 18 holes guaranteed through the 2042 season.

Like the city’s other golf courses, Yahara Hills has seen play dwindle in recent decades despite the sport’s surge in popularity during the COVID-19 pandemic.

The Board has also rejected a proposal to give county employees a one-time $1,000 payment Thursday night, a measure aiming to offset the impacts of inflation on workers' pocketbooks that was boosted by County Executive Joe Parisi.

Supervisors shot down the plan on a unanimous voice vote, citing a need to preserve federal stimulus funds, which have bankrolled the payments, for future contingencies. It would have cost $3 million to give about 2,400 county employees either the full $1,000 or prorated payments based on how much they work.

"This effort, however well-meaning... was not rationally thought through, the cost-benefit analysis was not engaged in," said Sup. Anthony Gray, 14th District, adding that employees had told him they didn't think the payments were a true fix of the cost-of-living issues they face.

"I was just very impressed at the rational, systemic and kind of sequential way they looked at this process, and recognized that this is not the right way to move forward," Gray said.

Sup. Elizabeth Doyle, 1st District, who chairs the Board's Personnel and Finance Committee, said the Board needs to use federal stimulus funds to address things like housing needs. On Wednesday, Parisi urged the Board to spend another $3 million of money to extend the county's emergency hotel sheltering for homeless people at high-risk for COVID-19.

"We are unfortunately not on the other side of this pandemic, and it may be necessary to move funding around where it's needed," Doyle said.

Doyle has previously said a pending subcommittee focusing on wages and compensation could make targeted, data-driven changes to employee pay. That subcommittee could get created in the coming weeks, she said.

The county's largest-ever infrastructure project is now $10 million over budget.

The $5.5 million land deal between Madison and Dane County could potentially convert 230 acres of the golf course into a landfill, compost site and sustainable business park.

Dane County Board Chair Patrick Miles called the plan a "distraction" from accusations against management at the Vilas Zoo that the board wants to investigate.

Vilas Zoo to get outside investigation: Dane County Board will hire retired judge to probe complaints

Supervisors grappled over whether a zoo-specific investigation would fix that they said might be systemic issues in the county's workplace environment.

Ranked-choice voting is not in place for any local, state or federal elections in Wisconsin, although there has been some push for changing that.