To the delight of city officials, an array of firms that have designed some of the most celebrated public spaces in the world have joined a competition to reimagine the popular but uninspired Lake Monona waterfront between Williamson Street and Olin Park.

All told, 14 firms, including many with projects gracing the region, nation and globe, have responded to Madison‘s request for qualifications to craft a master plan to better connect Capitol Square and neighborhoods to the lake, improve water quality and aquatic habitat, celebrate Frank Lloyd Wright’s architectural legacy and preserve the lake’s cultural history.

Those responding have helped create engaging public spaces from small communities to great cities, including Chicago’s Riverwalk and Navy Pier, The High Line in New York City, and projects in many countries.

“I’m delighted that this project is generating interest not just from the excellent local firms but also from well-known design firms across the nation,” Mayor Satya Rhodes-Conway said. “It’s a promising start to a very important project, and an indicator that Madison projects are competitive on a national scale.”

The city’s “request for qualifications,” the first step in identifying potential designers, says the master plan should transform the city’s premier lakefront into a “beautiful, activity-rich, signature park.” It calls the challenge “a once-in-a-generation opportunity to shape the future of Madison’s urban waterfront.”

The responses “confirm we live in a uniquely sited city that offers exceptional natural beauty, and the Lake Monona shoreline has unrealized potential as a civic green space,” Parks Superintendent Eric Knepp said.

Up to three design team finalists would get $75,000 apiece to create draft plans, while the chosen team would receive a contract of up to $200,000 to refine a preferred master plan that would be recommended to the mayor, City Council and Park Commission.

A special 13-member ad hoc committee, which had an initial organizational meeting on Tuesday, will select finalists and recommend a preferred master plan by Sept. 1, 2023.

“This is a generational opportunity to connect Downtown and South Madison to the Lake Monona waterfront in a way that honors the contributions of peoples as diverse as the indigenous Ho Chunk residents of the Downtown shoreline, to John Nolen and Frank Lloyd Wright, both of whom created plans for this area,” committee chair Allen Arntsen said.

The concept of an elaborate park on the Lake Monona shore has stirred the imagination for more than a century.

The shoreline park was originally conceived in 1911 by John Nolen in his plan “Madison: A Model City,” which envisioned a 5,000-foot-long esplanade that connected the lake to the state Capitol. In 1943, a greatly reduced park was built on filled lake bed, establishing the current configuration of 2,500 feet of shoreline on 4.7 acres.

But instead of being connected to Capitol Square, the park is separated by a 35-foot drop and the six-lane John Nolen Drive and railroad tracks. Access is limited to the far ends of the park and by elevator and stairs through Monona Terrace, which opened in 1997.

Many imaginative plans to reconnect Downtown to the park have been offered over the decades, but none has been implemented.

“With ample shoreline, access to downtown and the southside, open land, and significant connections to the Alliant Energy Center’s Destination District planning effort, the caliber of the respondent firms will ensure an innovative and creative vision for one of our community’s greatest assets, our waterfront,” said Jason Ilstrup, president of Downtown Madison Inc.

“An opportunity like this — to so dramatically reshape the landscape of a city — rarely comes along,” he said. “With these design firms’ talent and expertise, plus continued strong public participation, Madison can build a dream project our whole community can enjoy for years to come.”

Started in 2019, the current planning effort includes 1.7 miles of shoreline and 17 acres of parkland including Law Park, the John Nolen Drive causeway and the northern part of Olin Park.

The Lake Monona Waterfront Project is tied to plans to transform a two-story building and 3.65 acres of shoreline next to Olin Park, purchased by the city in 2019, into a community amenity with Parks Division offices; the reconstruction of John Nolen Drive, slated for 2026; and creation of the “Destination District” around Alliant Energy Center, aimed at connecting the South Side to the lake and Downtown.

The city spent $260,000 for a consultant to produce a 216-page preliminary report completed in May 2021. It will now spend $225,000 — half of which is privately funded — for design challenge stipends, and another $200,000 for the chosen team to refine the preferred master plan.

The city’s draft request for qualifications is ambitious and sweeping.

The park, it says, must be a family-centered destination that’s welcoming to people of all social, economic and racial backgrounds. It must inspire a deep connection with nature, history and place. Designers are asked to consider a number of water-based activities such as shore fishing, kayaking, sailing, paddle boarding, boating and swimming.

The design must also expand public gathering and event space. A Frank Lloyd Wright-designed boathouse would give the city two major structures in close proximity by the renowned architect, whose designs inspired Monona Terrace.

“All of our expectations have been met and exceeded,” Downtown Ald. Mike Verveer, 4th District, said of the RFQ responses, adding that local professionals who are part of the nonprofit group Friends of Nolen Waterfront used personal and professional contacts to encourage firms to participate.

The city has tried to encourage participation of local designers through competition scoring criteria that includes points for local vendor preference and the team’s understanding of local planning and development practices, Knepp said.

One challenge will be funding whatever is eventually proposed, which could happen in phases over decades.

Currently, the city’s Capitol Improvement Plan includes $2.5 million for a demonstration project along the waterfront, but making the master plan a reality will require continuing support from project advocates and the private sector, officials said.

Already, the Friends of Nolen Waterfront has begun the formation of a public-private partnership “to build a park that benefits the entire Madison community and is a beacon to visitors,” Arntsen said.

Verveer said he’s especially optimistic about a vision becoming reality because the state has committed significant federal funds to rebuild the John Nolen Drive causeway and bridges, and he believes the results of the design challenge will inspire residents and donors to support the project.

“The waterfront design challenge is a very rare opportunity to reimagine a city’s urban waterfront and make it a welcoming space for everyone in our city to enjoy,” Rhodes-Conway said. “I’m excited to see who gets selected and the designs they come up with.”

Fourteen local and national design firms doing projects across the region, the nation and the globe have responded to Madison’s request for qualifications to help transform the Lake Monona waterfront into a "must see" destination. Here is a list of the firms and a sample of their many projects.

An elaborate park on the Lake Monona shore, conceived by John Nolen in 1911, is progressing.

Randy Alexander is proposing a 16-story housing tower with 335 units that would deliver some affordability by offering only studio apartments on a narrow lot with views of Lake Monona next to Paisan's Restaurant on West Wilson Street Downtown.

Historic Rubin's Furniture building Downtown will be transformed into hotel

6 injured in explosion and fire at Wisconsin pier factory

Six people were hurt, including three firefighters, in an explosion and fire that rocked a Wisconsin marine construction company Thursday with a blast so thunderous it shook a nearby elementary school.

Lacking funds and private contractors, Madison is hoping businesses and institutions can maintain up to 89 planting beds with perennials that beautify the medians of major streets.

Proving Madison could "put two bricks together," the city in 1997 built Monona Terrace, a design started by Frank Lloyd Wright. In 25 years, nearly 8.9 million visitors have seen it.

A special Madison committee has picked three finalists who've designed public spaces around the globe to move forward in a design competition to reshape the Lake Monona waterfront between Olin Park and Williamson Street.

Events include a "kick off" on Oct. 3 to engage with three nationally-noted finalists, and later, a check-in on progress, and then presentations on proposed master plans.

Downtown Madison bouncing back from the pandemic, but office vacancy a concern

The central city is rebounding in many ways, but there are some concerning signs such as a rising office vacancy rate and a decrease in employees, a new report says.

States with the worst teen drinking and driving problem

States with the worst teen drinking and driving problem 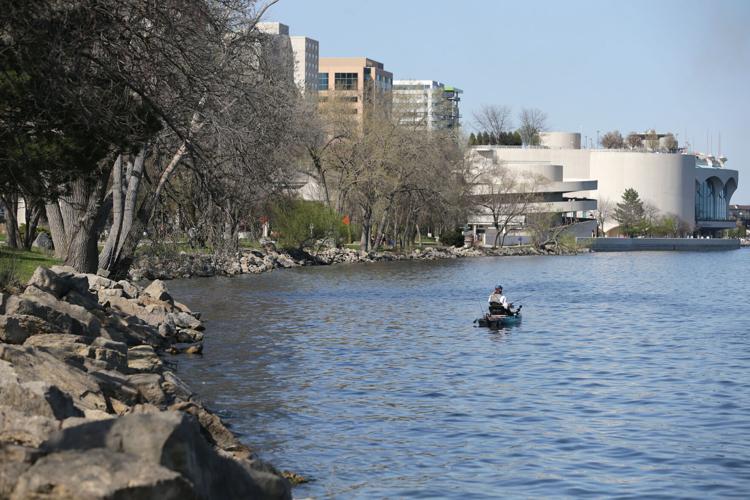 An angler fishes near Monona Terrace on Lake Monona. Fourteen local to national design firms have responded to a city request for qualifications to help craft a master plan for the waterfront from Williamson Street to Olin Park. 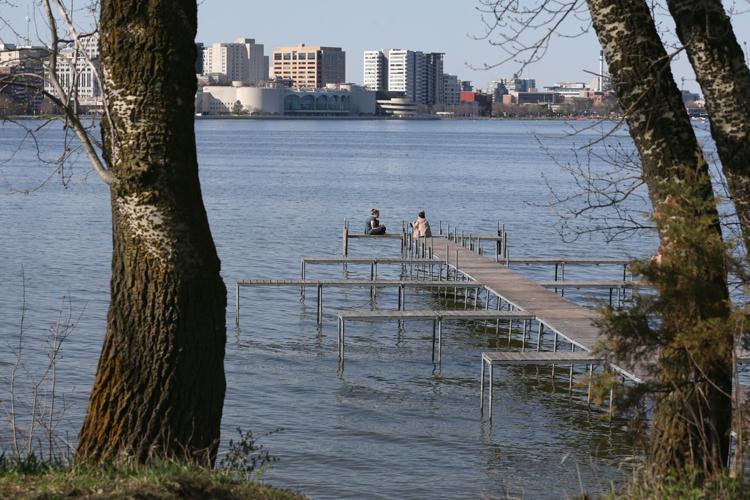 People enjoy the spring weather on a pier at Olin Park. A design competition to craft a master plan for the Lake Monona waterfront includes the northern part of the park.