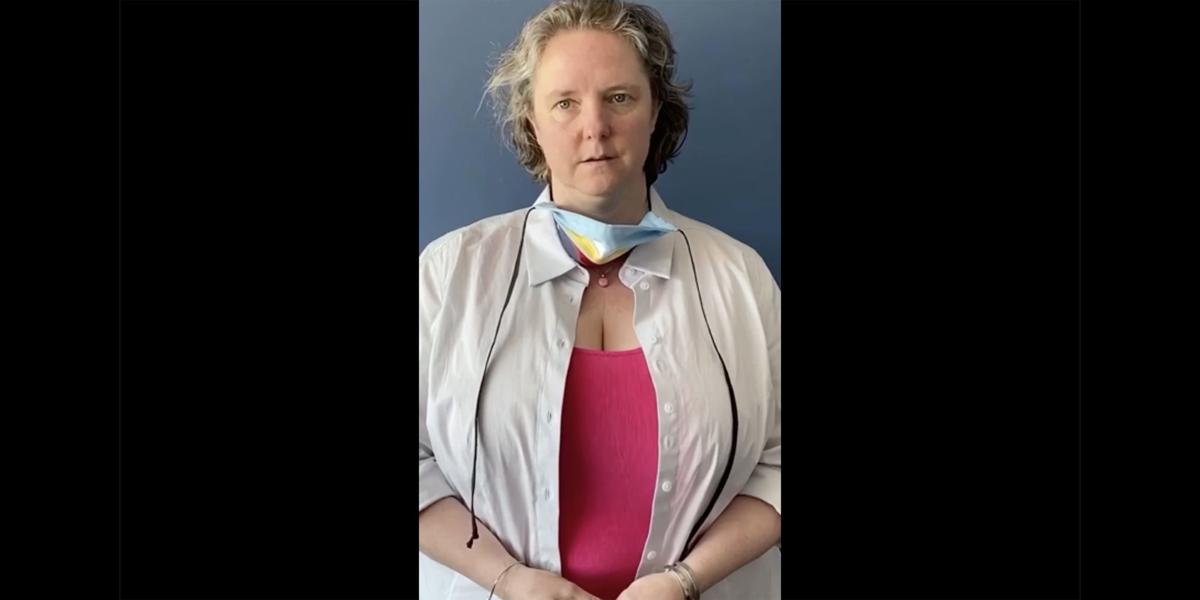 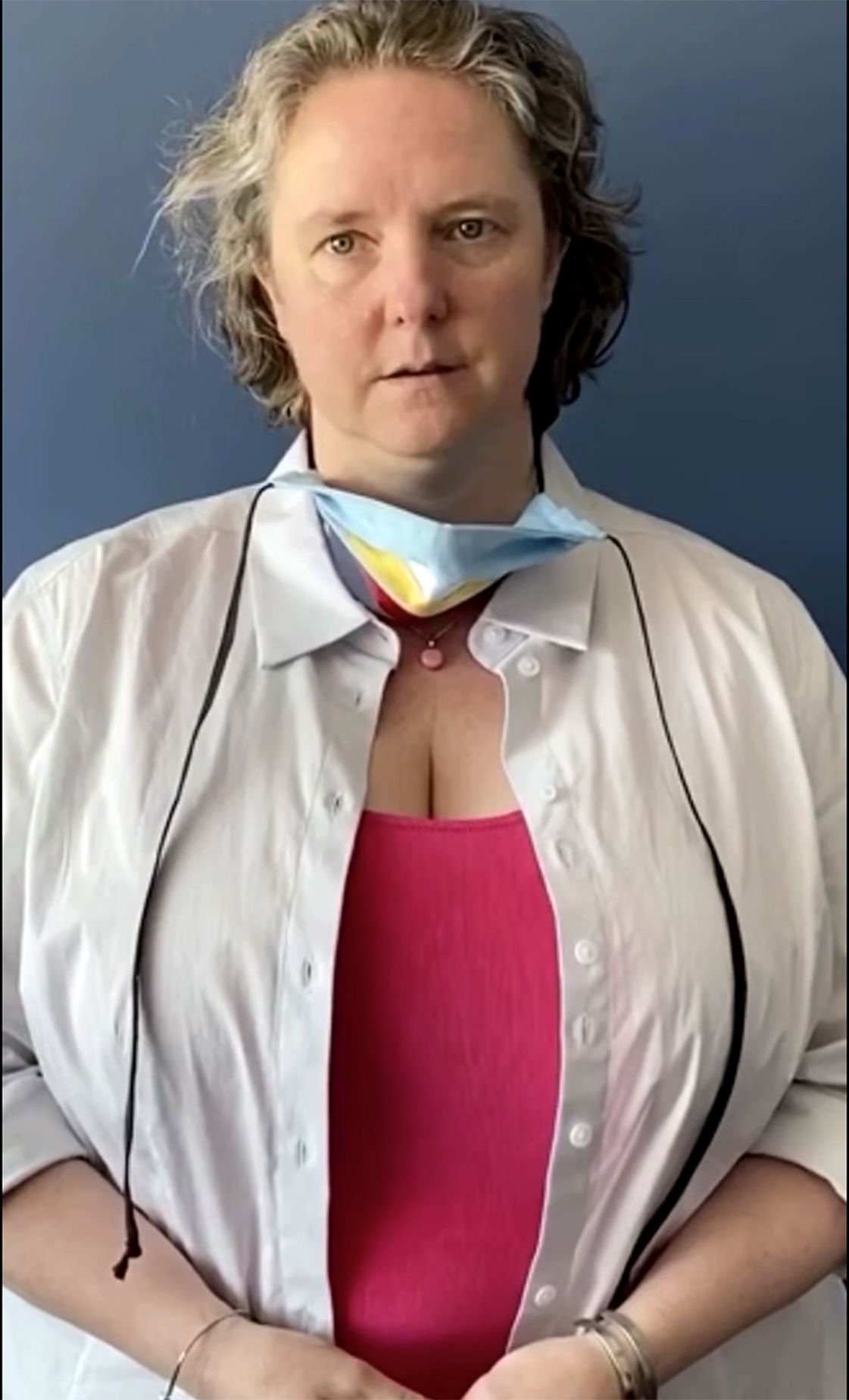 The private nature of the message also drew criticism from police supporters.

On Wednesday, the mayor apologized in a statement — accompanied by another video addressed to the community — after the video she made last week for Madison police officers was posted on Facebook Tuesday night and widely shared.

“Black lives matter. I believe deeply in this and yet I failed to center this in my message to the police department,” she said in a statement Wednesday. “I realize that this action has done deep harm to the black community and for this, I apologize.”

Protesters and organizers decried the original video after it was posted to Facebook on Tuesday night.

“Hello MPD family,” Rhodes-Conway begins her recorded monologue. “We’re all living through a pandemic which has put all of you in more danger than usual ... and now we have unprecedented protests, violence and looting.”

Days of sustained peaceful protests against police violence throughout Madison were followed by three nights of looting and break-ins in the State Street area more than a week ago — ending last Monday — with some demonstrators throwing rocks and bottles at police, who responded with tear gas and pepper spray.

In the mayor’s first video, Rhodes-Conway sympathizes with police, noting that it must be frightening to have “rocks and other things thrown at you and to be in harm’s way constantly,” and that it must be frustrating to be “as committed as I know you are to community policing and to still be criticized for not doing enough.”

The video, filmed June 3, was sent as an “internal message” to police officers who had been working 12- to 18-hour shifts, Katie Crowley, spokeswoman for the Mayor’s Office, said in an email.

“It must be absolutely infuriating to stand in heavy gear outside while listening to people constantly insult your chosen profession,” Rhodes-Conway says in the message to police.

Urban Triage, a nonprofit that focuses on empowering black families through community organizing, responded to the video through a post on its Facebook page Tuesday night.

“Does this sound like a woman you can trust to create the job description for the police auditor and supervise the auditor?” the Urban Triage post read, referring to a new police monitor position the city is seeking to create.

Crawley said Rhodes-Conway “has acknowledged that she should have also challenged officers to better understand the pain in the Black community and our collective need to respond to it.”

In her statement Wednesday, Rhodes-Conway said she “may have permanently lost any trust I may have had” but remains “deeply committed to advancing the work of equitable systems change.”

“I cannot promise that I will not make missteps along the way as a white woman learning how to facilitate such change, realizing that I cannot fully see the system that has been built up to benefit me and others like me,” she said in the statement. “But I can promise that I will learn from those mistakes and I will strive to center equity in every decision.”

Reaction to the mayor’s message took a different tone in a Facebook post in the “We Stand With The Madison Police Department” group, which posted the private video Tuesday night.

“If you know your police are doing well get out there (and) say it publicly. Stop kowtowing,” a post in the group read in all caps.

The Facebook group was created in 2015 the day after Tony Robinson, an unarmed 19-year-old black man, was fatally shot by a white Madison police officer, Matt Kenny, during an altercation in a narrow stairwell. Dane County District Attorney Ismael Ozanne determined Kenny’s actions were lawful.

Requests for comment to Urban Triage and Kelly Powers, head of the police union, were not returned Wednesday.

The mostly peaceful protests in Madison, which continued into their second week on Monday, stemmed from the killing of George Floyd, an unarmed black man who died as a Minneapolis police officer knelt on his neck for nearly nine minutes.

A video of Floyd’s May 25 death was widely circulated online and sparked massive demonstrations across the globe, with some advocating the abolition or defunding of police.

Near the end of the mayor’s video, Rhodes-Conway thanks Madison police for their service and acknowledges the “personal and collective sacrifices” that each officer has made during these “incredibly challenging times.”

“I was so focused on the task of addressing the concerns of our community that I didn’t remember that you need and deserve both recognition and appreciation,” she said.

Joshua Hargrove, a criminal defense attorney in Madison, was one of several people criticizing the mayor’s comments on social media, saying in an interview he found the video message “extremely disheartening.”

“As a black gay male, it was definitely dismissing and diminutive to the entire movement,” he said about gaining justice for marginalized groups.

Hargrove, who went to protests daily last week, said he understands “the need as a mayor to have some solidarity with your officers,” but that he views the video as fueling an “us-versus-them dichotomy.”

An effort to recall Madison Mayor Satya Rhodes-Conway officially failed Tuesday because it fell short of the 36,203 signatures needed and paperwork was not filed.

Mayor Satya Rhodes-Conway has shown a lack of both conviction and judgment in the last two weeks. But her public near-apology for her private …

The technique was used by a Minneapolis police officer on George Floyd.

Police union members are not the first to raise questions about Rhodes-Conway's leadership.