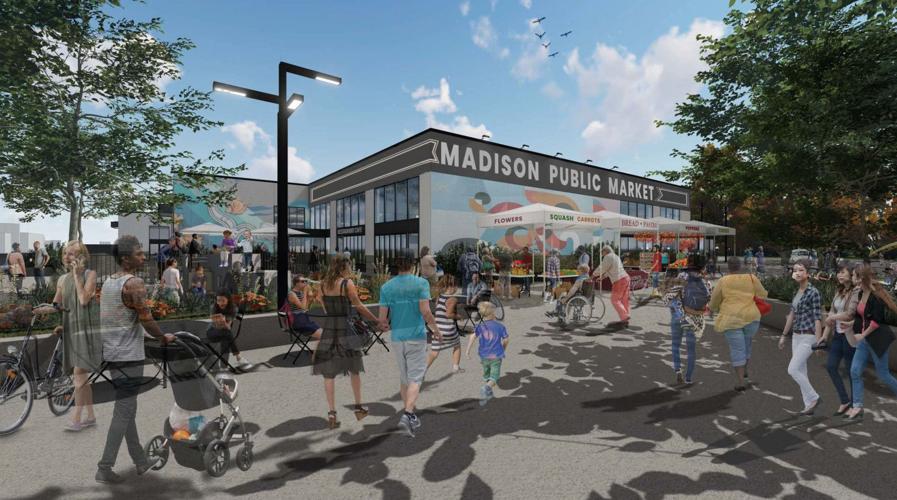 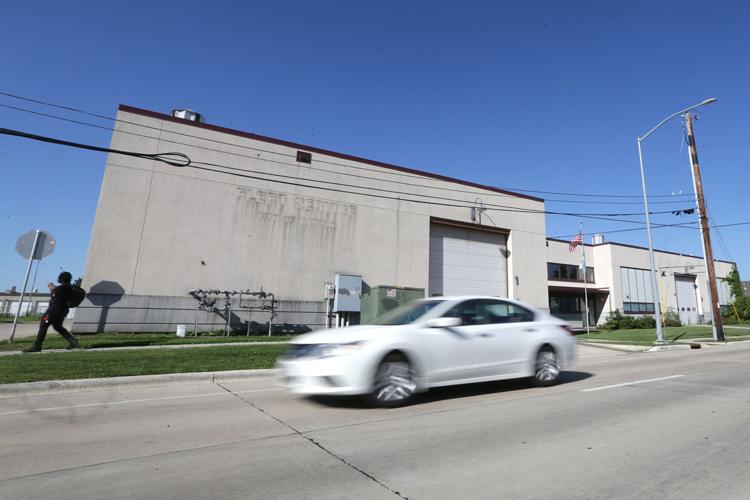 The city's Finance Committee gave mixed signals Monday on how to close a $5.2 million financing gap that has delayed construction for, and may ultimately jeopardize, the long-awaited Madison Public Market. The project is planned for the site of the city's former Fleet Services building on North First Street.

Construction on the long-anticipated Madison Public Market, originally due to start in November, has been delayed until at least the early spring due to a $5.2 million financing gap that could also doom the project if funds aren’t secured.

The city informed the nonprofit Madison Public Market Foundation, which will operate the facility on the city’s East Side, that it had to withdraw an application for a $3.4 million federal grant that was a key piece of the market’s financing package, and that rising construction costs have also added $1.8 million to the project.

The price tag for the market now stands at $20 million, including the $5.2 million funding shortfall. While the city was counting on the $3.4 million in federal pandemic relief funding to cover most of that, it did not have a plan for covering the inflationary increase. Because the federal assistance was contingent on the project being otherwise fully funded, the city was forced to withdraw the application, according to a memo by city economic development director Matt Mikolajewski.

“I’m disappointed,” said Anne Reynolds, a Public Market Foundation board member and chair of the city’s Public Market Development Committee. “It puts the market in a very vulnerable position. I think there’s still a tremendous amount of support for it. It’s going into the next phase of decision-making by the City Council.

Mayor Satya Rhodes-Conway would not say whether she would seek additional funding for the market in her proposed capital budget for 2023, which will she introduce on Tuesday.

The city intends to forge the market from a two-story, 45,000-square-foot, city-owned building at 200 N. First St. that formerly held the Fleet Services Division and has been used as a temporary homeless men’s shelter since December 2020. Fleet Services operations have relocated to a new 105,000-square-foot building at 4151 Nakoosa Trail, on the Far East Side. The city and county are preparing new temporary and permanent men’s shelters.

To finance the market, the city had intended to use $7 million in city tax incremental financing (TIF), $849,000 in city funds, $3 million in private donations and the $3.4 million federal Economic Development Agency grant. In February, Gov. Tony Evers announced $4 million for the market from a state program that uses federal COVID-19 relief funds, which city officials then said was the last piece of funding needed.

The city’s project team estimates that about $800,000 to $1 million can be cut from the project without “deep, negative impact” to the overall operations of the market, Mikolajewski said in his Wednesday memo to the Public Market Development Committee.

But the implications of any cuts must be fully vetted, Reynolds said.

More substantive cuts have been explored but come with greater ramifications for the sustainability of the market, the memo says. The Public Market Foundation, meanwhile, does not believe that large gifts will materialize in coming months, it says.

The city is exploring a new source of federal funding, but at most, it could provide only $1 million toward the market, the memo says.

On Tuesday, Rhodes-Conway will submit her capital budget for 2023. The mayor could propose to borrow funds or use money from a highly successful TIF district in the East Washington Avenue corridor to help close the financing gap. The latter option would require approval of the multi-jurisdictional TIF Review Board. It’s unclear if the mayor will do either.

The city has a “rainy day” fund that stood at $56.4 million on Dec. 31, 2021, but that money wouldn’t be used for a project like this, city finance director David Schmiedicke said. The fund represents the city’s reserves to continue services in the event of a dramatic change in revenues or costs, and maintaining it is critical to the city’s Aaa bond rating and lowest cost of borrowing, he said.

Rhodes-Conway did not directly respond to questions by email about whether she would propose additional funding for the market, if she would support a budget amendment, or if the situation threatened the market.

“I look forward to consulting with the finance committee on this matter,” she said in a written response. Mikolajewski declined comment.

“If the mayor does not put the funding in the budget, I will be disappointed,” Reynolds said. “But I am very grateful the Finance Committee will get a chance to do it.”

The Public Market Development Committee will discuss the situation during an online meeting at 5 p.m. Thursday. City staff will brief the Finance Committee on the matter Sept. 12.

If funding is approved, and depending on the source, the planned November start of construction would be delayed a minimum of four months, Reynolds said. If the funds aren’t approved, “yes, the project is definitely threatened,” she said.

Under existing plans, the city would convert the former Fleet Services Building on 3.4 acres into a year-round community destination featuring a diverse group of entrepreneurs offering fresh produce, culturally diverse prepared food, locally made food, and arts and crafts. The city would continue to own the property, while the foundation would operate the market.

The market is to include a Food Innovation Center that would be a flexible small manufacturing venue with services and equipment to boost small entrepreneurs and minority-owned enterprises.

The development plans are complete, and the project is set to go, Reynolds said. “It’s shovel ready,” she said.

Once open, the market would also have operational costs, with revenue coming from renting space to vendors and renting facilities for special events. The city would not provide an ongoing operating subsidy.

Photos: The Dane County Farmers Market then and now

A preliminary cost estimate was largely based on a cost per square foot, not the detailed plan that is now driving cost projections, officials said.

Galway Companies is proposing to replace the Washington Plaza shopping center with a seven-story, mixed-use project with housing and commercial space at the corner of North First Street and East Washington Avenue on the East Side.

"With this funding, we will be breaking ground this year in November," said Madison Public Market Foundation Board member Anne Reynolds.

The county parks department, which operates the lock, first posted a notice of the closure Saturday. The notice was updated Thursday to indicate the lock would remain closed for 2022.

Authorities have identified the man who drowned in Lake Mendota near the UW Memorial Union earlier this month.

The city's powerful Finance Committee on Monday offered a mixed response on if or how the city should help close a $5.2 million financing gap for the long-envisioned, now $20 million Madison Public Market on the East Side.

The city's Finance Committee gave mixed signals Monday on how to close a $5.2 million financing gap that has delayed construction for, and may ultimately jeopardize, the long-awaited Madison Public Market. The project is planned for the site of the city's former Fleet Services building on North First Street.