Madison and Dane County will get nearly $21 million to invest in local initiatives to boost disadvantaged communities, including the final capital funding piece for the long-sought Madison Public Market on the East Side, Democratic Gov. Tony Evers announced Thursday.

The funding is part of Evers’ program that uses federal COVID-19 relief funds.

The city is getting $6 million, including $2 million for the Bayview Foundation’s $52 million redevelopment of its diverse, international, low-income community at the corner of West Washington Avenue and Regent Street Downtown, and $4 million for the $16.5 million Public Market to be forged from a city-owned building at 200 N. First St.

“With this funding, we will be breaking ground this year in November,” said Madison Public Market Foundation board member Anne Reynolds. “There’s been so much uncertainty over the past two years, but now we finally have some certainty. It’s really exciting.”

The market’s financing piece is now “locked in,” said Matt Wachter, city planning, community and economic director. The city can now pursue a construction contract, contracts with the operator, the Madison Public Market Foundation, and seek other final approvals for the project, he said.

On Wednesday, Bayview announced it has exceeded its $4 million capital campaign goal and will extend the campaign in the hope of raising an additional $2 million to increase the long-term stability of programs and operations essential to the organization’s continued success and to offset the significant increase in construction costs due to the pandemic.

“Bayview residents were significantly affected by the pandemic; these funds will strengthen our community for years to come,” she said.

With the $5 million in state money, The Center for Black Excellence and Culture has now raised $17 million of its $36 million capital campaign in six months, said the Rev. Alex Gee, the center’s CEO and founder.

The Center is a first-of-its-kind Black-inspired, Black-designed and Black-led multimillion-dollar project in Madison and is poised to open its doors at 655 W. Badger Road in late 2023. The building will be a three-level, 65,000-square-foot destination for cultural, health, business, arts and community development.

The Urban League has now raised nearly $17.5 million for its $25.5 million Black Business Hub, and with Thursday’s announcement the nonprofit now has sufficient funds to begin construction in the next week or two, with fundraising to continue, officials said.

Robin Vos: Time may have run out to implement any recommendations from Gableman probe

“I am glad to award these funds to help local leaders and community-based organizations working together to continue to serve and bolster their neighborhoods, ensuring they don’t just recover but thrive,” Evers said Thursday.

Currently, the governor has sole discretion over how federal funds are spent, but there has been a growing push among legislative Republicans seeking more control over how the executive office doles out federal funds — primarily in recent years as the federal government pumped billions of stimulus dollars into the state to help address the ongoing COVID-19 pandemic.

On Wednesday, the Republican-led Assembly approved a constitutional amendment, SJR 84/AJR 112, to give lawmakers final say over how the governor spends federal funds allocated to the state. Evers would not be able to veto that proposal.

Highs will reach the 30s across southern Wisconsin this weekend, then the high 30s and upper 40s next week, according to forecasters.

The policy prohibiting the public and outside press led to a more relaxed atmosphere for those who attended, a UW-Madison student said.

Conflicted council members struggled Tuesday with whether to allocate the federal relief aid to organizations mostly serving Latino immigrants or to broaden the populations to be served.

$25.5 million Black Business Hub to offer a path from 'disparity to prosperity'

The Urban League of Greater Madison on Friday formally broke ground on its $25.5 million, four-story Black Business Hub at the Village on Park mall on the South Side.

Madison to invest $5 million more at Village on Park mall

Money to cover rising construction costs and stormwater improvements would increase recent TIF investments at the mall to $16.2 million.

Future of Madison Public Market is threatened after funding setback

The long-anticipated Public Market faces a $5.2 million financing gap that will, at minimum, delay the start of construction from November until early spring.

Centro Hispano gets $2.5 million gift for its $20 million new South Side home

Grey wolves and other wildlife making a comeback in Europe

'I have decided not to cry': Guinea 2009 stadium massacre victims hope for justice as trial starts

'I have decided not to cry': Guinea 2009 stadium massacre victims hope for justice as trial starts

Pakistanis struggle to survive with no flood relief in sight

Pakistanis struggle to survive with no flood relief in sight 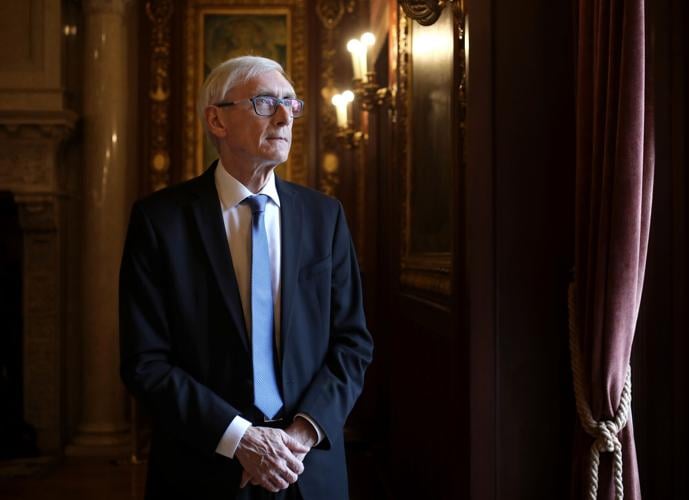 Gov. Tony Evers' is seeking a second term this fall. 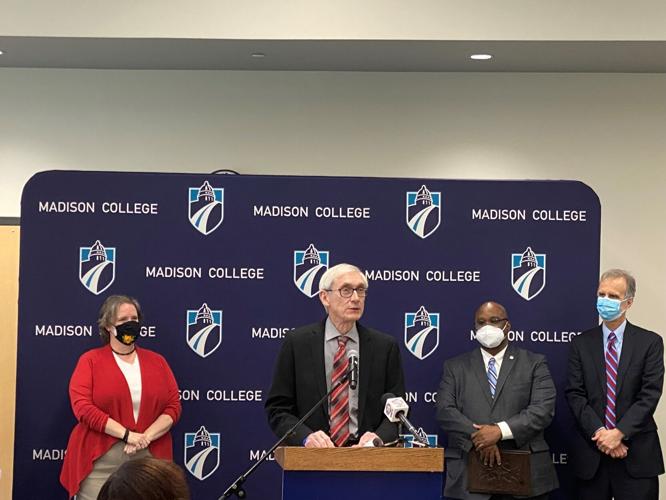