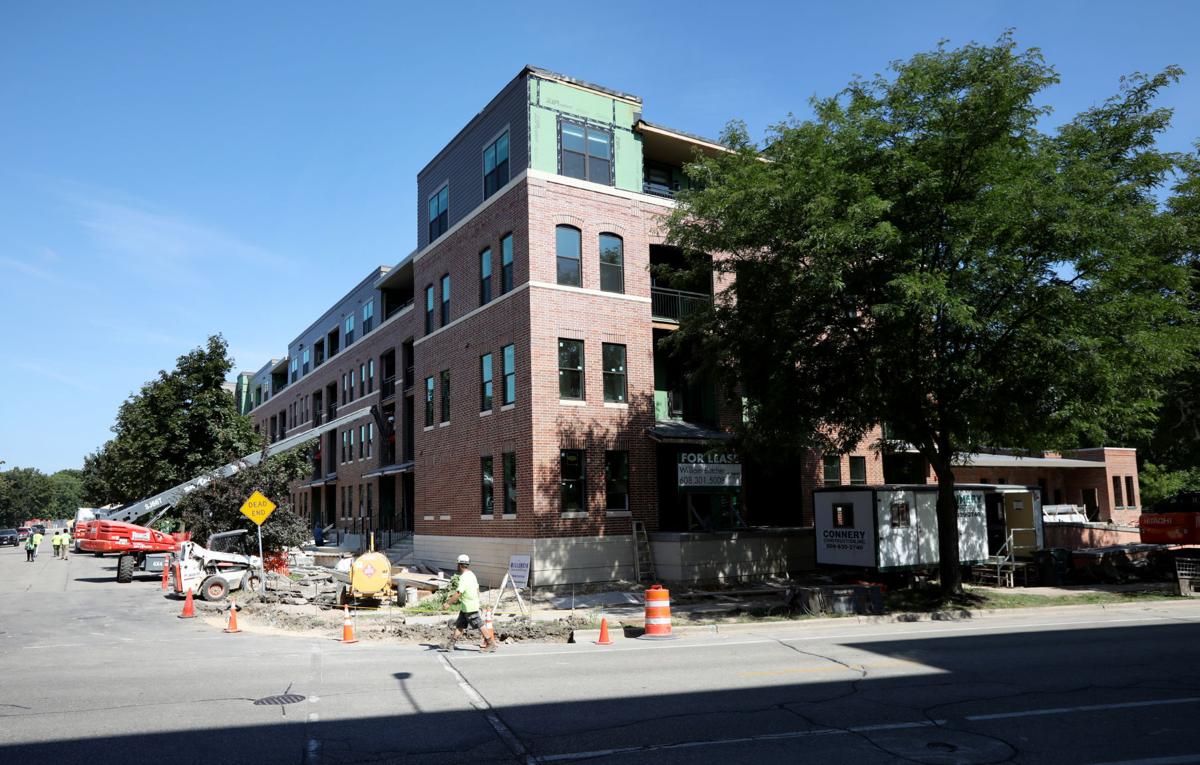 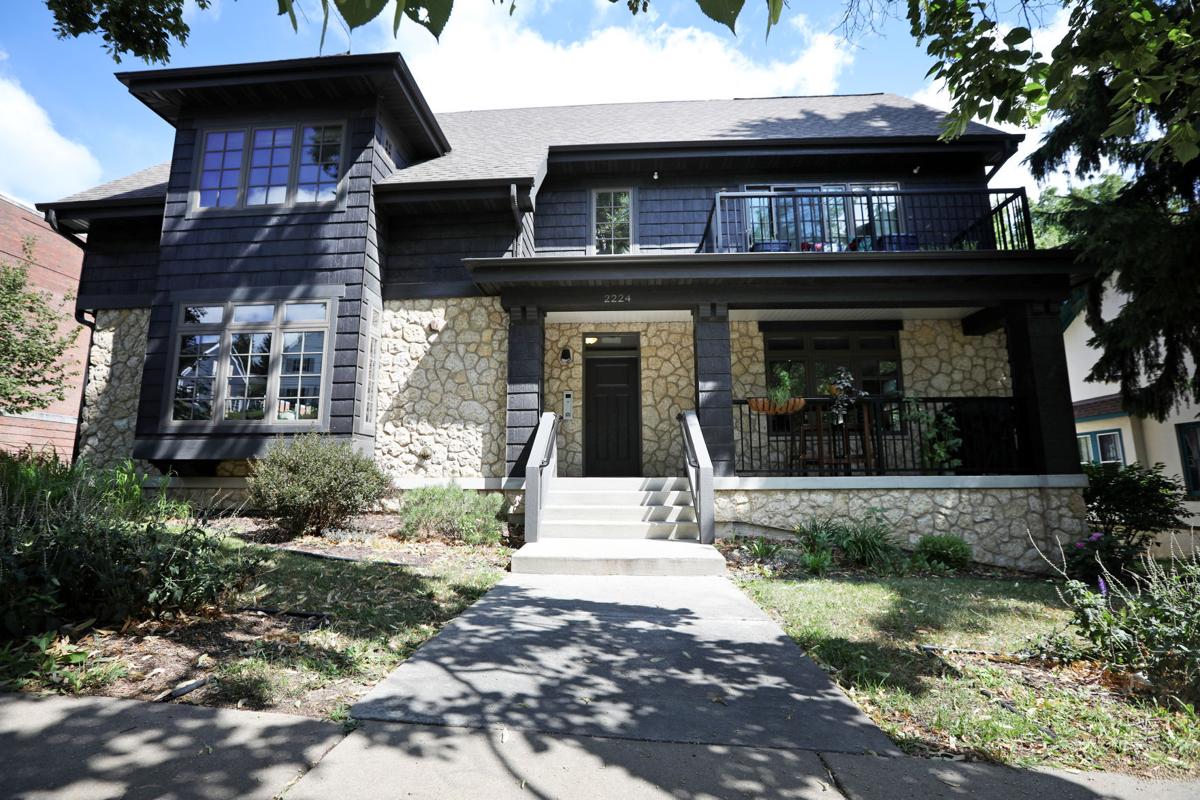 To address an unfolding housing crisis, Madison is exploring changes to its zoning code in hopes of sparking construction of more housing — and more variety of housing — for all income levels.

The shortage and need for action is real, officials say.

The city expects to add 70,000 new residents by 2040 and needs to build roughly 40,000 units — about 2,000 a year — to meet demand, they say. Meanwhile, Madison has had one of the lowest vacancy rates in the nation for a decade, while half of renters can’t afford their housing. The price of an average house has increased $50,000 in the last 10 years. Almost half of households are owners, but only 20% of Black households are homeowners.

“Housing is an issue that touches every person in our city and every neighborhood,” Mayor Satya Rhodes-Conway said. “We had a crisis before COVID-19, and the pandemic has only made it worse. We must increase the supply of housing — particularly ‘affordable housing’ — in Madison.”

Although the city has a sweeping Comprehensive Plan and neighborhood blueprints that encourage more housing, the zoning code dictates what can be built and is the place that balances growth and protection of neighborhoods.

The city’s Plan Commission will hold a special meeting on Thursday to discuss ways to create more multifamily housing, new rules for secondary or accessory units on the same lot, more density in zoning districts, use of the city’s Affordable Housing Fund, and the process for approving demolitions for new housing projects.

The development community welcomes the effort.

“This would be a very good thing for the present and future residents of Madison,” said Bill Connors, executive director of Smart Growth Greater Madison, which represents developers.

“The Plan Commission and City Council should seek to make all levels of housing more affordable by removing barriers to increased production of additional housing and not enacting more regulations that add cost to housing, and restraining future increases in impact fees and water and wastewater utility rates that are included in rents.”

The city has been aware of its housing shortage for years, particularly for those with lower incomes.

In 2014, former Mayor Paul Soglin proposed and the council embraced an Affordable Housing Initiative that increased the city’s Affordable Housing Fund to $4.5 million annually and invests in projects to help secure prized federal tax credits through the Wisconsin Housing and Economic Development Authority. The goal was to produce 1,000 new, lower-income units over five years.

Rhodes-Conway and the council increased funding for the trust fund to $5.5 million in 2020, and added $1 million for land purchases for redevelopment with another $5 million envisioned through 2025.

Since 2014, the city has invested $28.7 million in 21 housing projects, with the developers securing $178 million in tax credits to help cover total costs of $373 million, community development director Jim O’Keefe said. The 21 projects will deliver a total of 1,750 units, with 1,326 deemed affordable, he said.

But it’s not enough.

Developers are proposing projects, “but there are not enough developers and not enough projects being proposed and approved to close the gap,” Connors said. “In fact, the gap might be becoming larger.”

The high cost of land throughout the city is a major obstacle to more housing, Connors said. To make any sort of project work financially, developers must be able to generate ever-larger amounts of revenue from each project or subdivision, on a per-acre basis, given high and increasing land costs, he said.

“Higher densities allow developers to generate more revenue per acre,” he said. “However, the city’s zoning code places restrictions on density through regulations on building height and green space requirements.”

The housing shortage can especially affect people of color and those who are low-income, Planning Division director Heather Stouder said.

“When you look at housing prices and average incomes across the city, housing opportunities for people of color are limited,” she said. “In fact, if you assume that housing costs should account for 30% of a household’s income, a household with an income equal to the average Black household in Madison cannot afford the average rental housing cost in any census tract across the city.”

Big housing project proposed for farmland on Madison's North Side

“We need more housing that is guaranteed to be affordable to households with low incomes, but at the same time, we simply need more housing options at all scales and for all income levels in order to keep housing costs in check,” she said.

In late 2019, Plan Commission chairwoman Ledell Zellers and others proposed that the commission dig into “big picture” topics, including housing and the zoning code. Before the COVID-19 pandemic took hold, the commission held a first special session on sustainability.

The zoning code is next.

“While this challenge is certainly not unique to Madison, part of the issue here is that our zoning code may be too restrictive with regard to allowable residential densities in order to achieve the housing production we need,” Stouder said. “Also, the process to obtain approvals to construct multifamily residential buildings — even small-scale buildings — involves a lot of oversight and discretionary review, which can lead to a lack of predictability and can likely deter housing development.”

Use of the Affordable Housing Fund.

“The zoning code is a huge part of the solution,” Rhodes-Conway said. “The items before the Plan Commission have the potential to open the door for more housing to be developed and to make it easier to build what is called for in our adopted plans.”

Connors said he’s pleased the staff memo focuses on housing supply broadly rather than just on producing more “affordable” housing, but he said there is no reference to many city actions that impede more housing development and increase the cost of all housing.

The use of tax incremental financing for projects contributes to higher land prices because it raises sales price expectations for sellers, Connors said. Higher densities can let developers generate more revenue per acre, but the zoning code restricts density and most proposals see density cuts during the review process, while city officials add features and expenses to the projects to mollify neighborhood residents, he said.

An option that allows additional “bonus stories” in proposed buildings in some Downtown areas is “a train wreck” because criteria can be interpreted in different ways, he said. Requiring buildings to be mixed-use with retail space on the ground floor is an obstacle. And city regulations that add costs, such as the recent stormwater ordinance and increasing impact fees, can make developers and lenders believe a proposal won’t generate enough revenue to pay for all costs, he said.

For these reasons, “many developers have nearly completely or completely stopped even considering doing development projects in Madison,” Connors said.

“We hope that with some changes to the zoning code to allow greater densities and more by-right development, we’ll be able to attract and support more developers, including entry-level developers to help Madison meet housing needs,” Stouder said. “(But) not all of these decisions will be easy ones.”

But it’s not a choice between more housing and maintaining standards that protect neighborhoods, Zellers stressed. “I do not think this is an either-or,” she said. “We can and must do both.”

The city is looking at an array of rules, policies and procedures that make it more difficult to add housing or affect people’s ability to stay in their homes, Rhodes-Conway said, adding, “The work of the Plan Commission is one aspect of this, but we are looking at building inspection, civil rights, and economic development as well.

“We have seen tremendous growth in our community,” she said. “That growth is great, but it also puts a huge strain on our housing market to keep adding housing to keep up. I plan to use all the tools in the city’s toolbox to help create a wide variety of housing types and prices throughout the city.”

The $5 million will go toward purchasing and renovating 15-17 homes to resell to struggling families who have not been able to afford their own house before.

Evictions loom as rental assistance gets spent and moratoriums uncertain

Any surge in evictions would pour in a tight housing market where local governments already are straining to keep people from homelessness.

The funding, which must be approved by the County Board, would support construction of 323 low-income housing units in Madison, McFarland, Cambridge, Fitchburg and Verona, County Executive Joe Parisi said Thursday.

City officials are exploring ways to spur development in ways that decrease traffic, maximize use of public transportation, and locate projects that could dramatically impact where many people live, work, drive and park.

Linette Rhodes oversees federal funding from the U.S. Department of Housing and Urban Development, as well as city support for affordable housing strategies.

But the proposal is not consistent with the neighborhood plan or the city's Comprehensive Plan, city Planning Division director Heather Stouder said.

"A system like the one we’re contemplating would provide increased clarity and predictability for both residents and developers."

Nonprofits and cooperatives are proposing to use city funds for acquisition of housing, mortgage assistance, upkeep and maintenance, assistance for first-time home ownership, and even the acquisition of a hotel for permanent housing with support services.

“This ordinance change, and our housing work overall, is focused on undoing that past harm and creating greater opportunity in our community” Mayor Satya Rhodes-Conway said.