Rather than remove 14 absentee ballot drop boxes recently deemed illegal by the Wisconsin Supreme Court, the city of Madison is covering them with what the mayor’s office calls democracy-themed art, her office said Wednesday.

The court’s conservative majority ruled in July that because state law is silent on the boxes, they could not be used in future elections. The boxes were rolled out on a large scale statewide prior to the 2020 presidential election amid public health warnings against large gatherings, such as at polling places, in the days before a COVID-19 vaccine was available.

In a statement Wednesday, Mayor Satya Rhodes-Conway’s office said that “in the face of the erosion of such fundamental democratic pillars such as truth, voting rights and the rule of law, this week the City of Madison will shroud the drop boxes in the artwork of internationally known artist Jenny Holzer, who lifts the voice of many in hopeful messages about enduring democracy.”

Work on almost all of the drop boxes had been completed as of Wednesday afternoon, Deputy Mayor Katie Crawley said. The drop box in front of Fire Station No. 1 Downtown is wrapped in black and includes the Sojourner Truth quote “truth is powerful and will prevail” printed in large letters. Holzer, a New York-based artist, developed a 2020 get-out-the-vote campaign using her art, including some that appeared in Madison.

The state’s bipartisan elections commission approved the use of ballot drop boxes in early 2020, and they were rolled out in both conservative and liberal areas of the state.

But they became a whipping boy for former President Donald Trump and his supporters and other Republican doubters of the 2020 presidential election after Trump narrowly lost Wisconsin. Many Republicans began raising questions about the boxes’ legality, suggesting, without evidence, they could facilitate voter fraud.

Some of the boxes were also paid for with grants from the Mark Zuckerberg-backed Center for Tech and Civic life, which prior to the election poured more than $10 million into municipal coffers to help pay for voting equipment, staffing and supplies aimed at making polling places safer during the pandemic.

From two to four times more CTCL money, per capita, went to the state’s five largest, liberal-leaning municipalities — which has also spurred Republicans to cry foul — but conservative areas got grants as well and CTCL did not reject any Wisconsin municipality’s grant request.

Rhodes-Conway said the state Supreme Court’s decision “is one in a long line of decisions that negatively impacts voters in Wisconsin. ... The ability to vote easily, safely and securely is fundamental to our democratic process. Rather than removing these secure ballot drop boxes, we wanted to transform them to share the powerful words of Sojourner Truth and to convey our community’s belief in democracy, voting rights and the prevailing power of truth.”

A Wisconsin State Journal review last month found that in 22 years of changes to Wisconsin voting laws, there’s little evidence to suggest that stricter voting laws have dampened turnout or that making voting easier has led to more people cheating at the ballot box. Tighter voting rules also do not appear to be associated with less voter fraud.

Johnson "would feel much better about the 2022 election had Governor Evers signed bills the Legislature passed to restore confidence in our election system," a spokesman said.

The lawsuit argues the subpoena "imposes an undue burden, seeks to infringe on Speaker Vos’ legislative immunity from civil process, lacks a lawful purpose, and was issued from an unlawful Committee."

With barges busy carrying recently harvested corn and soybeans up and down the Mississippi River, nearly all of the river's basin has seen below-normal rainfall since late August.

A Waukesha County judge is prohibiting voters from canceling their original absentee ballot and casting a new one, siding with a conservative group created by prominent Republicans.

The bipartisan Wisconsin Elections Commission couldn't agree Monday on what to tell the state's local election officials about how to handle poll watchers. 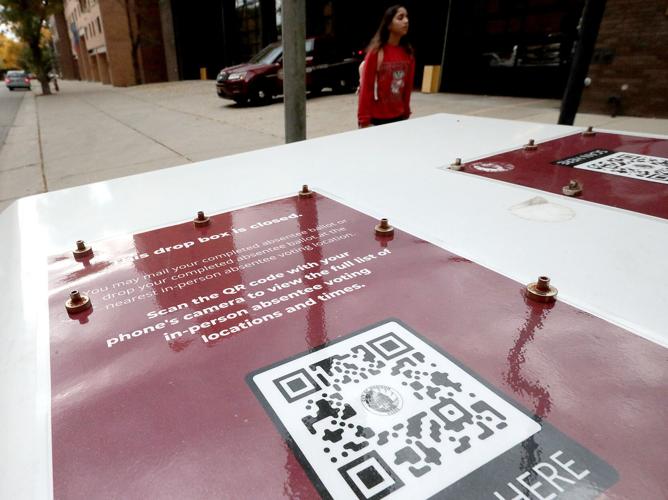 Since the Supreme Court's decision, the boxes have been sealed but not removed. 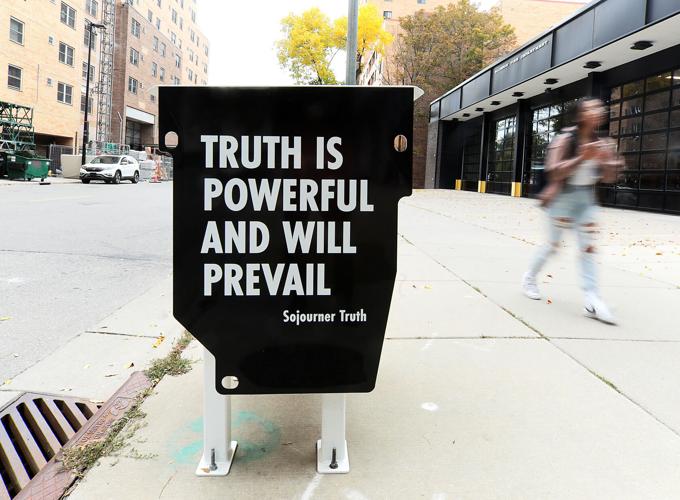 This now-defunct absentee ballot drop box outside Madison Fire Station No. 1 has been wrapped in black and emblazoned with a quote from Sojourner Truth in what Mayor Satya Rhodes-Conway called democracy-themed art after the state Supreme Court ruled the boxes are illegal. 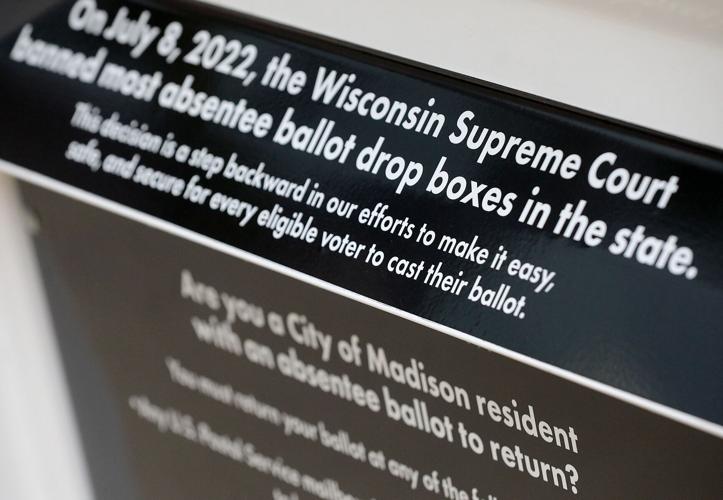 The artwork makes the city's position on drop boxes clear, calling the court's decision "a step backward" in making it easier to vote.