Assembly Speaker Robin Vos has picked a Republican Sun Prairie tax attorney and former elections commissioner to fill a recently vacated seat on the Wisconsin Elections Commission and almost certainly become its next chair — an appointment that received bipartisan praise.

Don Millis, a Sun Prairie tax attorney with Reinhart Law Firm previously served as one of the Wisconsin Elections Commission’s first commissioners after being appointed by former Senate Majority Leader Scott Fitzgerald in 2016, but he resigned from the agency the following year to focus on his law practice. Millis also joins the agency just days before it is slated to vote on the next commission chair, a position that must go to a Republican appointee.

“Don is a respected attorney whose expertise makes him an excellent addition to the Wisconsin Elections Commission,” Vos said Wednesday in a statement announcing his decision to appoint Millis. “I have no doubt he will apply election laws fairly and ensure current law is being followed.”

Millis’ appointment comes as the commission prepares to vote Friday for its next chair, a position that must be held by a Republican member as the current chair is Democratic appointee Ann Jacobs. Under state law, the chair can either be Millis or Republican commissioner Robert Spindell, who was one of 10 Republicans to sign official-looking paperwork in late 2020 seeking to hand the state’s 10 Electoral College votes to Trump.

Spindell said he looks forward to working with Millis, but said he still plans to seek the chair position on Friday.

“I’m still running for chair and I think I’m better qualified than he is,” Spindell said, noting his past experience on the state commission and almost two decades on the Milwaukee Election Commission.

The commission is also slated to vote Friday to certify candidates for ballot placement in the upcoming primary, as well as nearly a dozen challenges filed against individual candidates, including a complaint lodged against Trump-backed GOP gubernatorial candidate Tim Michels.

The state Democratic Party said Sunday that Michels, co-owner of Brownsville-based construction company Michels Corp., failed to include his correct mailing address on his nomination forms, making thousands of signatures invalid. Michels’ campaign has dismissed the complaint as frivolous.

The commission’s next chair will hold the position heading into the November election with Democratic Gov. Tony Evers and Republican U.S. Sen. Ron Johnson on the ballot. They will also be chair in the lead-up to the 2024 presidential election.

The chair by state law approves the vote canvass following elections and certifies results. The chair also sets the agenda for the commission and can influence how questions are framed, an important power on the agency, which is evenly divided between Republicans and Democrats.

Millis did not respond to requests for comment Wednesday.

“Don will bring with him both the intellectual firepower and courageous resolve that are both necessary to enable him to help put a stop to the lawless actions of the leftist members of WEC,” Gableman said in a statement.

Millis previously served as former Republican Gov. Tommy Thompson’s appointee on the Tax Appeals Commission and on the old elections board from 1997 to 2001, where he advocated for universal paper ballots and voter ID laws, and opposed touch screen voting, Vos said. He also previously worked for former state Sens. Jim Harsdorf and Mac Davis.

“Don Millis was an excellent elections commissioner when he originally served on the commission,” Jacobs told The Associated Press. “And while I am confident he and I will not always agree on the topics we address, I believe his work will be professional and thoughtful as it has been.”

Millis was appointed by Fitzgerald to join the Wisconsin Elections Commission in 2016, becoming one of the agency’s first members when it was created that year to replace the nonpartisan Government Accountability Board. However, Millis submitted his resignation in March 2017, noting that he could no longer serve due to commitments with his Sun Prairie law practice.

Millis rejoins the commission as it faces heightened scrutiny from several state Republicans for how the 2020 election was administered due to unfounded claims of widespread fraud and mounting pressure from former President Donald Trump.

Earlier this year, Gableman listed the “elimination and dismantling” of the Elections Commission as one of his top recommendations to the Legislature.

Vos, who has repeatedly extended Gableman’s contract with the state despite no evidence of widespread fraud in the presidential election, has been adamantly opposed to eliminating the commission.

In 2016, Millis made the motion to approve guidance allowing election officials to correct errors on absentee ballot certificates. The guidance has since come under fire from Republicans, including Trump, who have alleged that the commission violated state law by allowing clerks to fill in missing information.

Court decisions, recounts and multiple reviews have found no evidence of widespread fraud in Wisconsin’s 2020 election.

Here's who won, who lost in Dane County-area elections Tuesday

See who voters picked to serve on local school boards, city councils, and village, town and county boards. A number of school referendums were also on the ballot.

Newcomer Laura Simkin will join the Madison School Board after winning her bid for Seat 3 in one of only two competitive races on the ballot in the city of Madison in Tuesday’s election.

With noncompetitive races and the defeat of conservative challengers, incoming supervisors are poised to accelerate recent reforms to county government.

Unofficial results in contested county and municipal races in Dane County and school races and referendums in the surrounding area.

“Don (Millis) will bring with him both the intellectual firepower and courageous resolve that are both necessary to enable him to help put a stop to the lawless actions of the leftist members of WEC."

Earlier in the day, GOP gubernatorial candidate Tim Michels joined other Republican candidates in calling for abolition of commission.

No injuries in building fire on South Side, authorities say

No one was injured in a building fire on the South Side early Wednesday morning, the Madison Fire Department reported.

U.S. District Judge Lynn Adelman said June 3 that the plaintiffs' claim, "if it exists at all," would best be resolved before the Wisconsin Elections Commission.

All signs point to another year of record-setting midterm election spending. 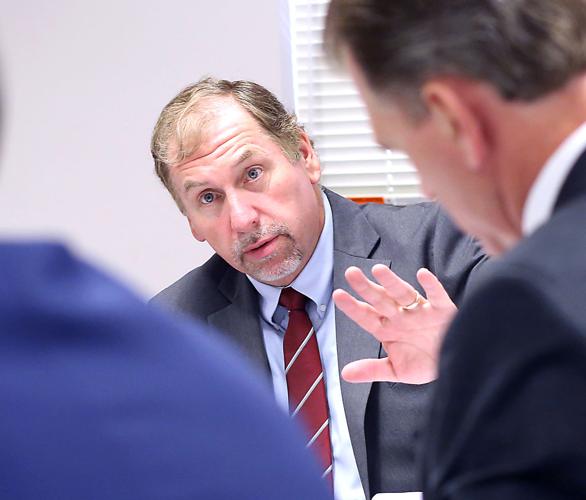 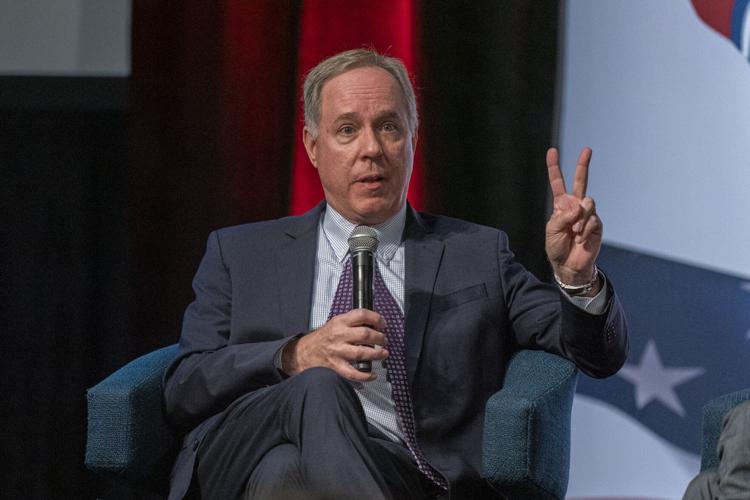