COLUMBUS — Sarah Motiff has voted for U.S. Sen. Ron Johnson every time his name appeared on the ballot, starting in 2010 when the Oshkosh Republican was first elected as part of the tea party wave. Fond of his tough views on spending, she began the year planning to support his reelection again.

She became skeptical this summer as the House committee investigating the Jan. 6, 2021, U.S. Capitol insurrection reported his office discussed giving then-Vice President Mike Pence certificates with fake presidential electors for Donald Trump from Wisconsin and Michigan, part of a broader push to overturn Joe Biden’s victory. Johnson has downplayed the effort and the certificates were never given to Pence, but Motiff, a political independent, wasn’t convinced.

“I’m not going to lie when I say I’ve had some concerns about some of the reports that have come out,” said the 52-year-old nonpartisan city council member from Columbus. “It just put a bad taste in my mouth.”

Nudged further by the June U.S. Supreme Court decision invalidating a woman’s constitutional right to an abortion, Motiff is opposing Johnson and supports his Democratic challenger, Lt. Gov. Mandela Barnes, in one of the most fiercely contested Senate races this year.

“Which was really a hard decision for me because I do think he’s done good things in the past,” Motiff said of Johnson. “But this is pretty damaging.”

Motiff’s evolution represents the challenge for Republicans emerging from a tumultuous summer, defined by the court decision, high-profile hearings on Trump’s behavior during the insurrection, and intensifying legal scrutiny of his handling of classified information and efforts to overturn the election. Now, a midterm campaign that the GOP hoped would be a referendum on President Joe Biden and the economy is at risk of becoming a comparison of the two parties, putting Republicans in an unexpectedly defensive position.

In politically divided Wisconsin, where recent elections have been decided by a few thousand votes, the outcome could hinge on self-described independent voters like Motiff.

“Having former President Trump so prominently in the news in so many ways makes it easier for Democrats to frame the midterm as a choice between two competing futures as opposed to a referendum on the Democrat governance,” said Republican pollster Whit Ayres. “That’s hurting Republicans. It’s distracting from the referendum message and allowing more of a focus on a choice of two different parties.”

That tension is playing out in Columbia County, a constellation of tidy small towns surrounded by rolling dairy farm country, all within commuting distance of Madison.

Statewide, top-of-the-ticket candidates have won by barely a percentage point in the past three elections. Trump won Columbia County by a little more than 500 votes out of 33,000 cast in 2020.

In interviews with more than a dozen independent voters here over two days last week, many were rethinking their support of the GOP this fall.

Steve Gray, a self-described Republican-leaning independent “but never a Trump fan,” opposed the June court decision, because he backs abortion rights. But the 61-year-old school maintenance manager also resented what he saw as an unwelcome political power play by out-of-power Republicans.

“Trump stacked the Supreme Court. We all knew he wanted to overturn Roe,” said Gray, of small-town Rio, where Trump won by two votes in 2020. “That decision was a partisan hand grenade Trump threw into this election.”

It gave voters the rare opportunity to judge a policy advance backed by the minority party, distracting them from a pure up-or-down vote on majority Democrats, he said.

“The backlash from a political perspective isn’t directed at the traditional party in power, but is actually reframed in terms of this Republican control of the Supreme Court,” Stinebring said.

The 29-year-old data analytics director for a Madison-area business said she had never affiliated with either party.

Despite her grievances about Democrats’ warring moderate and liberal wings, her support for abortion rights gave her no choice than to vote for the party’s candidates this fall.

“By default, I have to move in that direction,” said Noel, from small-town Poynette in the Wisconsin River valley. “I’m being forced to.”

Mary Percifield is a lifelong independent voter who says the abortion decision motivated her to vote Democratic because she worries the court might overturn other rights.

“A right has been taken away from us,” said the 68-year-old customer service representative from Pardeeville. “I question if a woman’s right to vote will be taken away. A woman’s right for birth control.”

Independents had moved toward Republicans by early this year, seeking answers on the economy, said Republican pollster David Winston, a senior adviser to House Republican leader Kevin McCarthy. But they have drifted back toward Democrats as efforts by GOP leaders to focus on the economy have clashed with Republican attacks on the Justice Department and Trump’s continuing complaints about the 2020 election.

“Everything is suddenly back in the context of Trump,” Winston said in light of Trump’s prominent endorsement of Senate candidates and protests of the federal investigation into classified documents recovered from his Florida home.

“It’s not that Democrats are gaining. It’s that Republicans over the summer were off talking about a variety of things. And independents are thinking, ‘If you’re not talking specifically about the problems that I’m concerned about, why am I listening?’”

Eyes on the House

Republicans remain optimistic about their chances in November, particularly about netting the handful of seats they need to regain the U.S. House majority. Inflation remains high and, despite a recent uptick, approval of Biden is still low for a party hoping to maintain its hold on power.

The economy remains the most effective message and one that breaks through others, GOP campaign officials say.

“Prices and things are so front-of-mind to people,” said Calvin Moore, the communications director for Congressional Leadership Fund, a super PAC supporting Republican U.S. House candidates. “It’s not just something that’s on the news. It’s something they are experiencing every day in their daily life. It’s something they face themselves every day when they go to the grocery store.”

A shift by independents is particularly meaningful in Wisconsin, as Republicans work to overtake Democrats’ one-seat majority in the Senate.

Johnson, among the most vulnerable Republicans running for reelection this fall, is locked in a tight race with Barnes. Of the most competitive Senate seats this year, his is the only one held by a Republican.

Though Johnson dismissed testimony about fake electors as staff work that never reached him, it reminded Christian Wood, an independent voter from Lodi, of Johnson’s opposition to certifying the election before Jan. 6. Johnson reversed course after the riot.

“It’s absolutely scary,” said Wood, who has often voted Republican. “To me, that’s the most existential threat to our democracy. And to think he was even considering it makes him a non-starter.”

There’s time for an economic message to win out, but it will require news about Trump fading, GOP pollster Ayres said.

Meanwhile, Trump has a full schedule of fall campaign travel for candidates he has endorsed.

“Any distraction from that focus undermines the best Republican message,” he said.

“Everything is suddenly back in the context of Trump.”

A Marquette University Law School poll released on Wednesday showed the U.S. Senate and gubernatorial races to be about even.

The president told the Milwaukee rally that many in the GOP have “chosen to go backwards, full of anger, violence, hate, division.”

Eric Toney voted for Trump in 2020, even though he privately referred to him as “dumb dumb Donald,” and unlike some Republicans, Toney has said President Joe Biden's election was legitimate and there's no way to overturn the results.

Helpful in the primary, attachments to Trump and Biden proving complicated in general election

"To me, this election is about Wisconsin and about 2022," U.S. Sen. Ron Johnson said Tuesday after being asked whether he would invite Trump to campaign with him.

Democratic Attorney General Josh Kaul, who is seeking reelection this fall, said the 2022 election “is going to be remembered for the next generation as the election that came after Roe was overturned.”

Democrats are pumping an unprecedented amount of money into advertising related to abortion rights, underscoring how central the message is to the party in the final weeks before the November midterm elections.

Governors races in Wisconsin, other states taking on new prominence, with higher stakes

With democracy itself in the balance, both parties are entering the final weeks before the Nov. 8 election prepared to spend unprecedented amounts of money to win seats for governor. 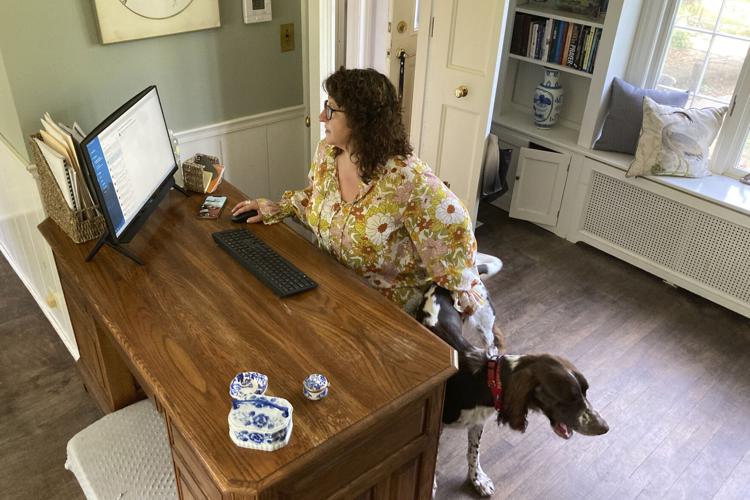 Sarah Motiff, from politically competitive Columbia County, works from home in Columbus. The 52-year-old city council member and political independent says testimony that Republican Sen. Ron Johnson's office offered a fake slate of Wisconsin electors for the 2020 election "put a bad taste in my mouth." She is among independent voters nationally who have drifted toward supporting Democrats this fall. 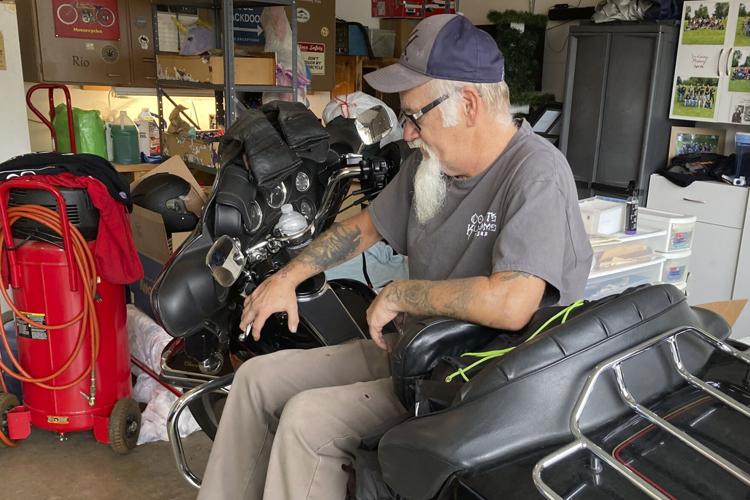 Steve Gray, a 61-year-old moderate Republican, "though never a Trump fan," on one of his Harley Davidson motorcycles inside his garage in Rio. A school maintenance manager, Gray said he is frustrated with the abortion ruling because it gave the former president a policy win despite being out of office. 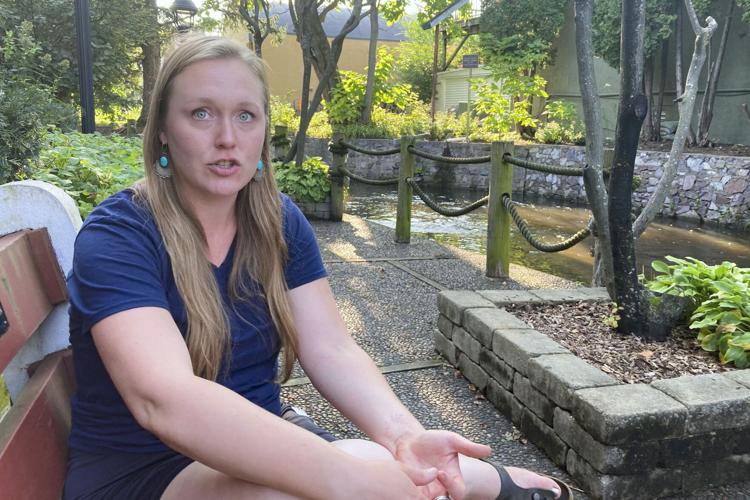 Dilaine Noel, a 29-year-old data analyst and political independent, visiting a park in Lodi, says the abortion ruling is prompting her to vote Democratic this fall "by default." 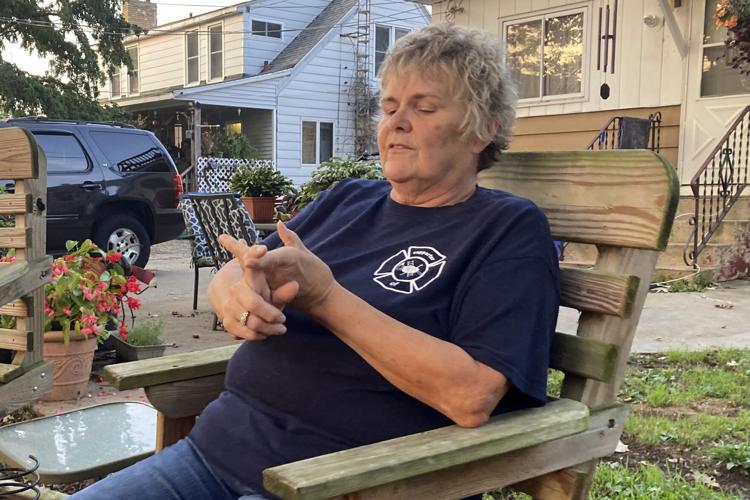 Mary Percifield, in her backyard in Pardeeville,  worries the June U.S. Supreme Court decision overturning Roe v. Wade puts other federally protected rights at risk. The 68-year-old customer service representative is among independent voters nationally who have drifted toward supporting Democrats in November in light of the court decision and mixed messaging from Republicans over the summer.