Foxconn CEO Terry Gou met with Gov. Tony Evers for the first time Thursday as speculation swirls over the company’s plans in Wisconsin.

The meeting comes a day after Gou met with President Donald Trump to discuss updates to the southeastern Wisconsin manufacturing project and after Evers cast uncertainty on the company’s plans by suggesting last month the state and company are renegotiating their contract.

Gou apparently told the president Foxconn’s plans in the state “remain unchanged” and that “we suspended the work around October, November last year because the weather there was snowy and icy cold,” according to the Japanese media outlet Nikkei Asian Review.

About two weeks after saying it was “unrealistic” that Foxconn would employ 13,000 people in the state, as the company has maintained, Evers after the meeting Thursday added to the confusion over whether he believes the company will honor its jobs commitment.

“The fact that I said that they may not have 13,000 (jobs), it could be less, it could be more, to me it doesn’t matter,” Evers told a joint meeting of the editorial boards of the (Racine) Journal Times and Kenosha News. “I’m not doubting their word, I’m just saying that we want as much clarity as we can going forward, and we talked about what they’re doing right now as far as building. They’re hoping to have the new plant up and running as soon as possible.”

Evers described his 30-minute meeting with Gou as a “great conversation” and said he reiterated to Gou his hopes that the company succeeds. Evers told the newspapers he “was never not supportive of” the Foxconn deal, although he was critical of it during his 2018 campaign.

At a news conference earlier in the day, Evers said he had hoped to discuss with Gou efforts to ensure that the Foxconn project is successful, taxpayers are protected and environmental standards are maintained. Evers reiterated that he expects the footprint of the factory to be smaller than originally proposed.

After his meeting, Evers employed a less critical approach, telling the the Journal Times and Kenosha News that the project is “pretty much how it’s been defined previously,” without providing further clarification.

Earlier this week, Evers said he had obtained “clarity” regarding the Foxconn project. An Evers spokeswoman did not provide details on what the governor meant.

Meanwhile, Assembly Speaker Robin Vos, R-Rochester, at a news conference Thursday at Milwaukee’s General Mitchell Airport said he hopes the meeting between Gou, Evers and local officials gives them assurances the incentive deal with the Taiwanese manufacturer is sound.

“My hope is that we’re turning a corner, that perhaps today Gov. Evers finally has accepted the fact that Gov. Walker and the Republicans negotiated a really good deal for the state of Wisconsin,” Vos said.

Vos in a statement later in the day said he had met with Gou and that the meeting was “another positive step forward.”

The so-called Generation 6 facility Foxconn plans to build near Mount Pleasant would manufacture small screens for mobile phones, tablets, notebooks and wearable devices. That’s a change from the Generation 10.5 facility that the company originally set out to construct, which would have made larger panels for TV screens.

The company says it still plans to create 13,000 jobs in Wisconsin, as it originally proposed, but Evers has cast doubt on that figure.

The company’s contract with Wisconsin calls for the state to provide incentives totaling as much as $3 billion over 15 years if Foxconn reaches the 13,000-employee benchmark and makes a $10 billion capital investment in the state.

Foxconn already fell short of its job-creation quota for 2018 and, as a consequence, did not qualify for state incentives. The company created 178 direct, full-time jobs, short of the minimum 260 full-time jobs required under the contract.

Republican leaders have criticized the governor’s handling of the Foxconn project since he took office and reiterated that there is no need to renegotiate Foxconn’s contract.

A spokesman for Senate Majority Leader Scott Fitzgerald, R-Juneau, said Fitzgerald has no plans to meet with Gou.

Meanwhile, Mark Hogan, CEO of the Wisconsin Economic Development Corp., which helped forge the incentive deal with Foxconn, is set to meet with Gou, according to an agency spokesman who said “this meeting is no different than the discussions he has with company officials on a regular basis.”

Foxconn Technology Group CEO Terry Gou was headed to the White House for a meeting Tuesday, but it's unclear why.

Assembly Speaker Robin Vos tweeted he got an update on the company's future plans. He didn't elaborate.

Christmas decorations light up cities around the world

Christmas decorations light up cities around the world 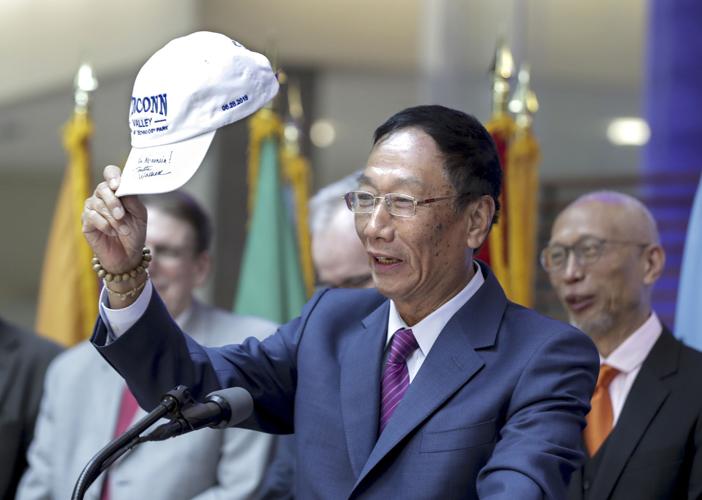 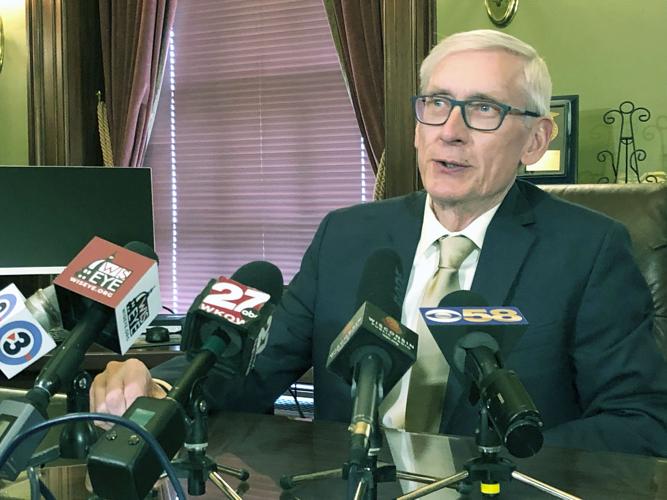