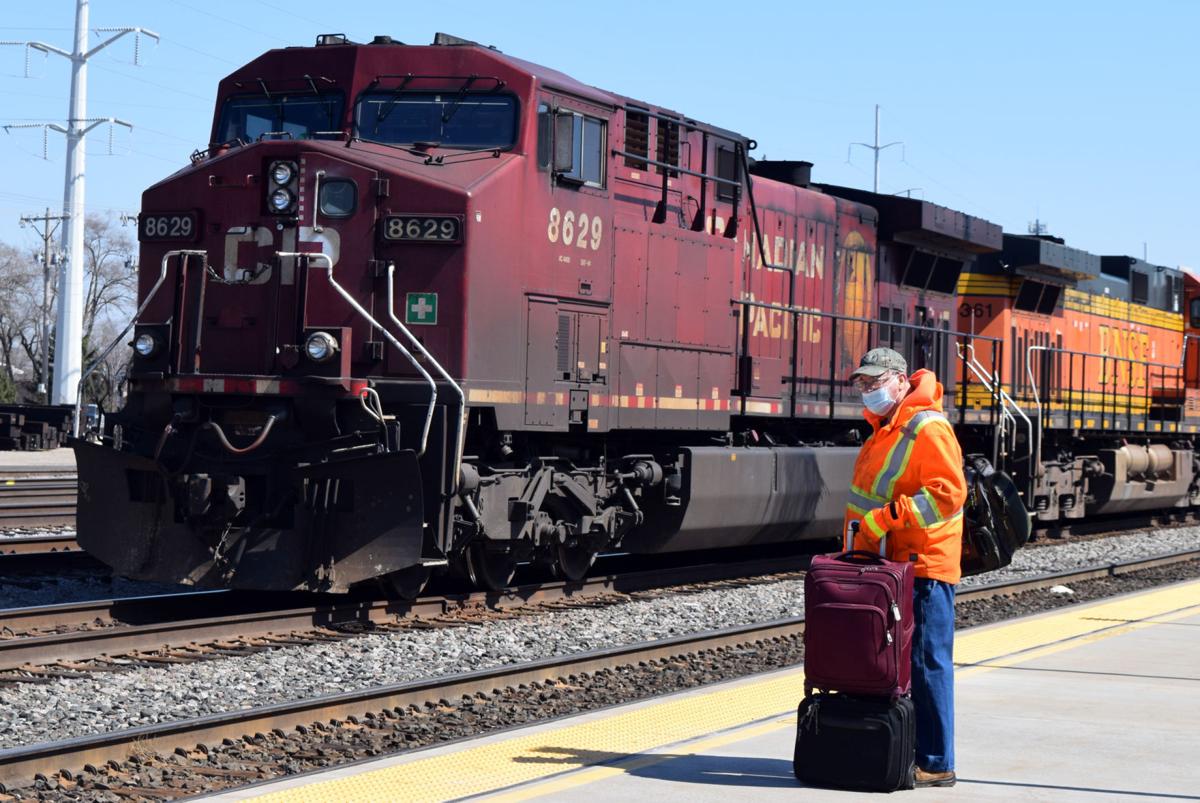 A passenger waits at the Amtrak Train station on W. Oneida Street in Portage on Monday afternoon. 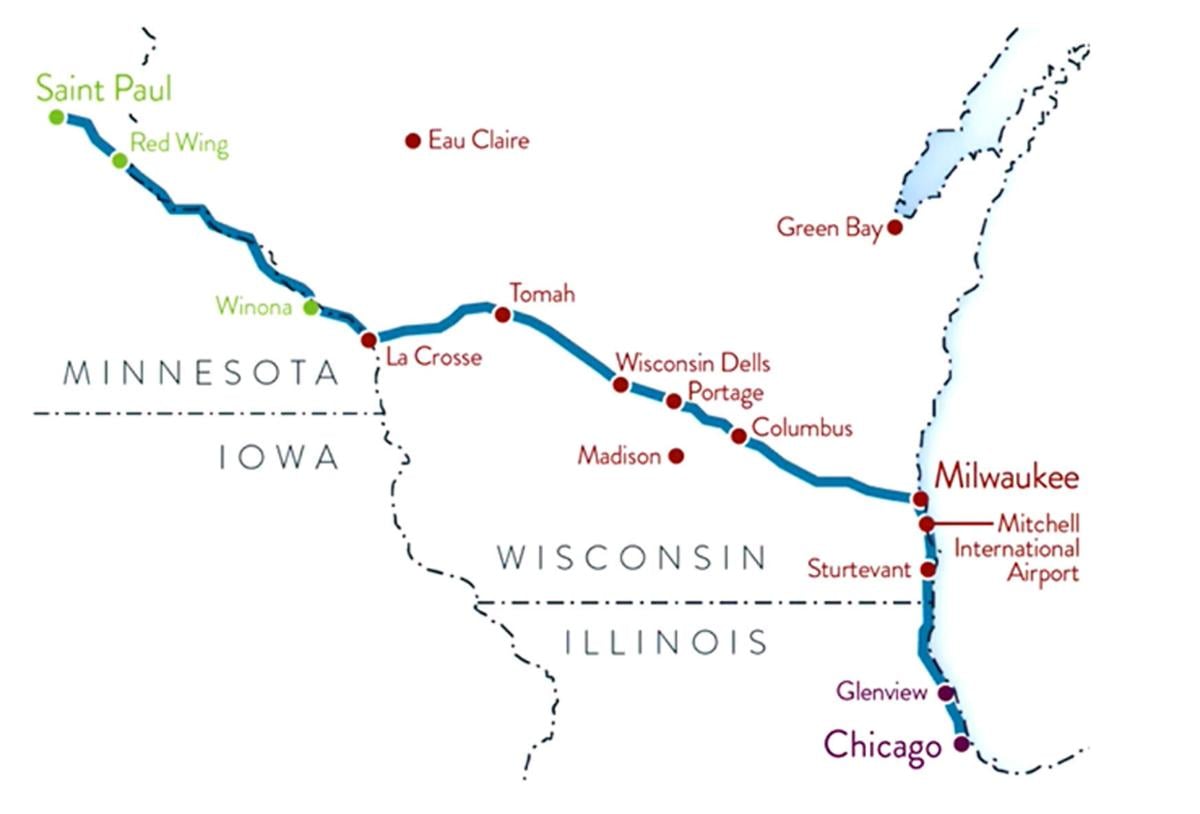 The TCMC route has one round trip train going from St. Paul to Chicago. A new proposal will add a second train to run later in the day along with the moring train.

Three states are working to add a second round-trip train from Minneapolis to Chicago. This addition could double the amount of options for riders travelling through the Columbus, Portage and Wisconsin Dells Amtrak stations.

Wisconsin Department of Transportation (WisDOT) is working with Minnesota (MnDOT) and Illinois (IDOT) counterparts, in conjunction with Amtrak, to expand coverage.

WisDOT is currently seeking input on the $53 million project. Officials said in a presentation the expansion would maximize use of existing infrastructure and allow more flexibility with riders in the morning and a mid-day train connecting the cities.

Julie Hornbacher, owner of Julie’s Java in Columbus, serves as the caretaker and host of the station in Columbus. She said the expansion would be amazing.

“I am constantly sending people, while they wait for the train, downtown for a hamburger or for a group to get a pizza,” Hornbacher said. “This would be totally amazing. I see the impact of the train stopping here every day. It would be awesome and great for these communities. There’s no other way of looking at it.”

The Twin Cities-Milwaukee-Chicago (TCMC) project is looking for public input on adding a second round-trip train along the corridor. Frank Loetterle, freight and rail planner for MnDOT, said the expansion will give smaller communities and businesses more exposure for economic benefits.

“There could be a Chicago businessman on the train heading to Minnesota that would never see these businesses or these communities,” Hornbacher said. “People stop here and shop while they wait for the train, some even spend the night.”

TCMC will run 411 miles and include 13 stations. Schedules will double across the corridor and take approximately 7.5 hours from Chicago to the Twin Cities. The proposal states trains will depart from St. Paul and Chicago in the morning and mid-day around 11 a.m.

“This is great news for these communities,” said Steve Sobiek, director of Business Development & Planning for the city of Portage. He said the increase of riders could be as high as 50% on the Empire Builder, the route spanning from Chicago to Seattle, and those people will be eating at restaurants,

“They might spend the night in Portage,” Sobiek said. “They will also stop at any number of the shops in Portage.”

Sobiek said the proposed expansion will make communities along the Empire Builder route in Wisconsin more attractive and convenient to riders.

Caron Kloser, environmental lead with engineering firm HNTB, said service is scheduled to start in 2024 and is projected to have 124,200 riders in that first year.

HNTB Corporation was hired as the engineering and consulting firm by WisDOT.

Most improvements will be in Minnesota at the St. Paul and Winona stations. The total cost for MnDOT is $40.7 million, and includes upgrades and improvements to these stations.

Improvements in Wisconsin will focus in La Crosse and cost about $12 million, including rebuilding a main track and re-aligning a bridge along the Mississippi River.

The project has already been awarded two grants to help pay for infrastructure costs and operating costs. Funds from MnDOT and WisDOT are pending approval.

Aaron Brown is the project manager with HNTB. He explained during the presentation, available to watch on YouTube, that Amtrak is committed $5 million, $10 million from MnDOT, $6.5 million from WisDOT and $31.8 million from a Federal Railroad Administration (FRA) grant.

The second grant is also from FRA for $12.6 million to help with operating costs.

Brown explained the first year of operating cost is estimated to be over $12 million and revenue is only projected to be less than $5 million. The project will need over $7 million for the first five years. The second FRA grant will cover some of those costs and the state partners will also be contributing to operating costs.

TCMC is something that has been a topic within the three transportation departments since 2012. It is currently in the phase of developing a service plan and looking at the environmental impacts of the proposed project.

Following the conclusion of that phase, the final design is set to be finished by January 2022. Construction is tentatively scheduled for January 2022 through January 2024. WisDOT and MnDOT are hoping 2024 will be the first full year of operations of the TCMC second round-trip

WisDOT will be accepting comments through April 9. Online comments can be made at wisconsindot.gov/Pages/projects/multimodal/tcmc.aspx

The election featured competitive races in 11 of 20 council districts, including three high-profile contests involving incumbents and challengers raising and spending what is believed to be record sums.

"Tonight is an incredibly proud night for me, but I know that the real work begins tomorrow morning," Jagler said.

The controversial voter rolls case has worked its way through the court system since late last year, with the Supreme Court deciding to take it up in June.

The Portage Parks and Recreation department is getting ready for summer with a couple of improvement projects in the works, as well as the start of summer programming.

It’s easier to create a housing co-op in the city due to changes in the zoning code, but other changes may be needed to ensure cooperative living is welcoming for all who seek it.

A variant from California has become a key factor in the increase in cases.

The court in a 5-2 decision Friday found a lower court erred in ordering the Wisconsin Elections Commission to purge thousands of voters suspected of having moved from the rolls.

A passenger waits at the Amtrak Train station on W. Oneida Street in Portage on Monday afternoon.

The TCMC route has one round trip train going from St. Paul to Chicago. A new proposal will add a second train to run later in the day along with the moring train.