A developer wants to demolish the shuttered Market Square Theater on Madison’s West Side to build a $22 million development that includes housing, commercial space and parking.

The proposal and a separate plan for a four-story, mixed-use redevelopment at a nearby site are the first major projects offered since the city approved a sweeping Odana Area Plan in September for housing and mixed-use developments in a 1,044-acre area roughly bordered by the Beltline, Mineral Point Road and University Research Park.

The five-screen theater, built in 1989 and known for its affordable prices, initially went dark at the start of the COVID-19 pandemic in March 2020 but reopened in September 2021. It abruptly closed again in February. The property is assessed at $435,000.

It would be costly to retrofit the 20,374-square-foot building, so Apex looked to the Odana Area Plan for guidance on a redevelopment project, said Bruce Bosben, chairman of Apex Real Estate Holdings. Apex also owns the Market Square shopping center at 6692 Odana.

Currently, the Odana area lacks a sense of place, with acres of empty parking lots, vacant storefronts, and limited housing without meaningful access to open space, the area plan says.

The Odana Area Plan “takes into account the changing retail landscape and the city’s housing and transportation goals,” said City Council President Keith Furman, 19th District, who represents the area. “It calls for more mixed-use development and higher density to take advantage of its proximity to the Beltline and future bus rapid transit.”

“It’s like they’re trying to make it more mixed-use rather than a commercial desert,” Bosben said. “I think it’s a great idea.”

As Apex finalizes its plans, Northpointe Development and DreamLane Real Estate are proposing to tear down The White House Shoppes, 6706-14 Odana Road, to build a four-story project with 124 lower-cost apartments, about 5,000 square feet of commercial space and parking, according to documents submitted to the city and a blog post by Furman announcing a virtual neighborhood meeting on the project on Aug.10.

There are currently six active leases at the 1970s-era White House Shoppes; they expire by May 2024. Developers are asking tenants if they want to lease space in the new building, according to the developer’s request for city Affordable Housing Fund support. The housing would be targeted to several tiers of income limits with 75 units set aside for those making no more than 60% of the Dane County area median income, or $62,280 for a household of three.

The developers declined to discuss details until after the neighborhood meeting.

“These new development projects are the first major proposals since the adoption of the (area) plan and will help start reshaping the area into a vibrant new community that will include more green space, better transportation networks, housing, retail and employment opportunities,” Furman said. “I’m hopeful these proposals will also encourage more mixed usage as well.”

The Apex proposal would include about 98 market-rate apartments, although some units would be smaller and offer fewer amenities to allow a rental cost of under $1,000 a month, Bosben said.

The roughly 2,500 square feet of commercial space would face South Yellowstone Drive, he said. He did not know what type of business might move into the space.

The building would offer one level of underground parking and some structured parking on the first floor, he said. The second and sixth floors would feature patio space with grills and other amenities for residents, and the project would also include a conference room, co-working space, sauna, and dog-washing and bike-repair stations, he said.

“We’re trying to be as user-friendly as possible,” he said.

At a recent neighborhood meeting, residents at the adjacent Normandy Square senior apartments, built at 6509 Normandy Lane in 2019, voiced concerns about the Apex project causing disruptions during construction and other possible impacts, such as increased traffic.

Apex hopes to submit a formal land-use application in September and start the project in the spring of 2023, Bosben said.

The State Journal has reported that a developer wants to tear down the cheap-ticket, community-friendly Market Square Theater building and to …

The project on the 800 block of Regent Street would bring housing, commercial space and parking, and an artistic nod to the history of the Greenbush neighborhood.

With redevelopment coming, homeless moving from Far East Side hotel

A developer is proposing to convert the two-story, 197-room Madison Plaza Hotel, 3841 E. Washington Ave., into 155 to 190 lower-cost studio and one-bedroom apartments and amenities for residents, the second proposal to convert the hotel to housing in the past year.

After merging with another congregation last summer, Zion Evangelical Lutheran Church sold its 54-year-old sanctuary to a developer who plans to build a 32-unit apartment complex on the site.

But Fast Forward's operations manager is scouting locations for a new roller skating and roller hockey rink in the Madison area. 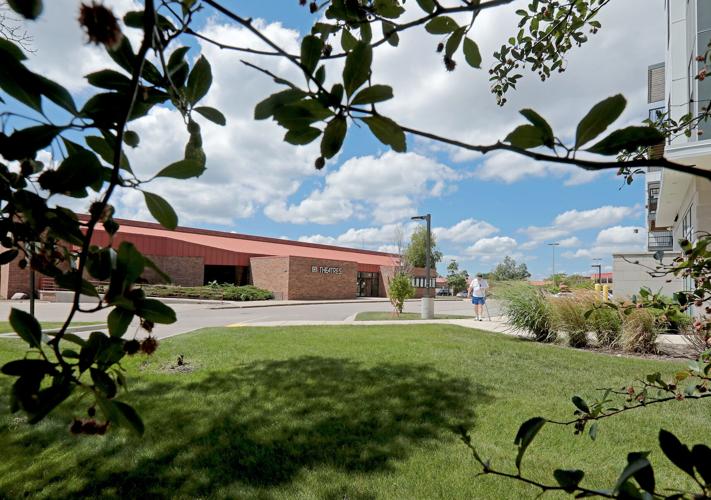 A developer is proposing to demolish the former Market Square Theater off Odana Road on Madison's West Side and replace it with a $22 million, six-story mixed-use project. 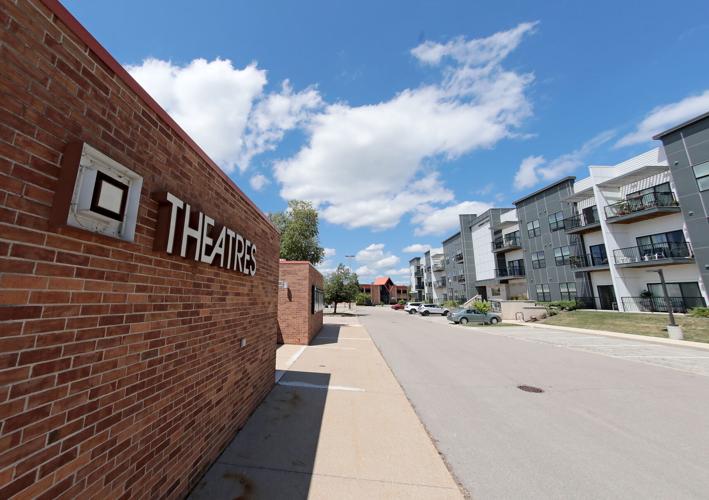 The proposed development would be next to the Normandy Square senior housing project opened in 2019.