A small percentage of voters and witnesses made mistakes on their absentee ballot certificates in 2020. Here are some examples of the kinds of errors that were either allowed or corrected by the clerk in order to permit the ballot to be counted.

Republicans could hold six of Wisconsin’s eight House seats next year under the state’s new district maps, but Democrats could capitalize in future years on a surprising change: The GOP now holds only a 2-point advantage in the district once held by Paul Ryan.

The Wisconsin Supreme Court earlier this year ruled that Gov. Tony Evers’ maps best align with the court’s previous ruling that the state’s next 10-year maps include minimal changes to existing boundaries, meaning the new boundaries don’t differ all that much from previous districts. Five of the state’s eight congressional districts are currently held by Republicans.

Some of the most significant changes were made to the 1st Congressional District, which is currently held by Rep. Bryan Steil, R-Janesville. For the first time since 1990, the district no longer includes Waukesha County, an area that has often leaned Republican, while it added the Milwaukee suburb of Cudahy, as well as Whitewater and Beloit to the west.

The University of Virginia Center for Politics’ Sabato’s Crystal Ball estimates that former President Donald Trump’s 2020 support in the district drops from 54% under the previous map to 50% with new boundaries.

While there were minimal changes to the 3rd Congressional District, the departure of Democratic Rep. Ron Kind, who has done well in a district that Trump carried in the last two presidential elections, could leave that seat open to a potential GOP victory. Former President Barack Obama carried Kind’s district by nearly 11 points in 2012.

“That just shows the extent to which these maps are favorable for Republicans,” he added. “A 4-4 split is possible but it would take an exceptionally good year for Democrats to pull that off. Of course we know that’s a combination of the way the lines are drawn as well as the geographic clustering of Democratic voters in Madison and Milwaukee.”

All told, Evers’ map moves a little over 322,000 people into new congressional boundaries, meaning almost 94.5% of the state’s residents remain in their current district, according to the governor’s office.

A Marquette Law School analysis of the new maps — using the results of the 2016 and 2020 presidential elections and the 2018 gubernatorial election as a baseline — found the 1st District’s Republican margin falls from a 10-point Republican lean to a 2-point GOP advantage.

That’s by far the biggest change in partisan composition of the eight congressional districts.

While Steil’s district is more competitive, Kyle Kondik, managing editor of Sabato’s Crystal Ball, said the first-term congressman is expected to fare well this fall, due in part to challenges often faced by the party in the White House. That could change down the road if the political environment favors the Democratic Party.

“You could imagine maybe at some point over the course of the decade that Democrats could challenge Bryan Steil, but I don’t think it’s going to be a problem in the context of 2022,” Kondik said. “In an environment like 2022, it’s going to be hard for Democrats to challenge in really any Trump-won district outside of maybe the ones they already have if they have strong incumbents in those districts.”

Sabato’s Crystal Ball rates the 1st District as likely Republican, while the 3rd District is considered to lean Republican. The state’s other six districts are considered safe for their respective party.

“Regardless of what the final congressional district map looks like, I am running for re-election to the 1st Congressional District to continue my work to get our way of life back, stop rising costs and cut runaway spending,” Steil said in a statement.

Democratic candidates Albert Namath and Ann Roe are currently running in the Aug. 9 primary to face Steil in the Nov. 8 general election.

“That incumbent factor is now gone,” said Preya Samsundar, Midwest regional spokesperson for the Republican National Committee. “Depending on the district, depending on the congressman in the seat, that cushion in terms of guaranteed points that you can expect differs, but that cushion for Democrats is now gone. It’s why the third district is one of the top five districts for Republicans to flip this cycle and one of the top five races to watch on a national level.”

For Kind, who has held his seat since 1997, it’s a sentiment he’s heard before.

“If I had a nickel for every time I’ve heard Republicans say, ‘This is the year we’re going to take Ron Kind out and turn the district Republican,’ I’d be a very rich man,” Kind said. “For 26 years they’ve taken a run at me and the Super PACs have taken a run at me and I’ve always been able to carry the district. With the right candidate, Democrats can hold on to the seat.”

Kind has endorsed state Sen. Brad Pfaff, D-Onalaska, in the race for his seat this fall. Pfaff will face fellow Democrats Rebecca Cooke, Brett Knudsen, Deb McGrath and Mark Neumann in the primary. Republican candidates running for the seat include Denise Hurless and Derrick Van Orden.

The state’s six other districts — the Democratic-leaning 2nd and 4th districts, and the 5th, 6th, 7th and 8th districts, which lean Republican — maintain their large partisan makeups, according to the Marquette Law School and Sabato’s Crystal Ball.

Congressional Republicans have filed a motion for reconsideration with the state’s high court on the congressional boundaries, but UW-Madison Law School associate professor Robert Yablon said it’s highly likely the governor’s maps will stand for the Nov. 8 election.

“I just don’t expect that at this really late stage, as we’re approaching the April 15 date for nomination petitions to start circulating, that (the court) is going to change course now,” Yablon said.

The state Supreme Court is expected to rule any day on legislative boundaries, but it remains to be seen whether the court returns with Evers’ maps backed by additional evidence, shifts over to boundaries drawn by legislative Republicans or others, or pursues a new avenue.

With the U.S. Supreme Court’s focus on districts in the Milwaukee area and Evers’ maps already determined by the state court to most closely follow the least-change guidelines, Mel Barnes, staff counsel with Law Forward, said it’s possible the new maps don’t end up being much of a departure from the governor’s previous boundaries.

“I can’t imagine that the court would be eager to tinker with that after making this decision and considering all the evidence, so one thing they also could decide to do is make some changes in the Milwaukee area, but leave the rest of the state intact from the original maps proposed by the governor,” Barnes said.

What’s more, Marquette Law School Poll director Charles Franklin said another possible scenario still out there is that lawmakers could simply revisit the redistricting process if a Republican governor is elected this fall and returns the state to full GOP control.

“The Legislature and the governor can redistrict any time they want,” Franklin said. “There’s nothing problematic from a legal point of view of doing redistricting more than once during a decade.”

Here's who won, who lost in Dane County-area elections Tuesday

See who voters picked to serve on local school boards, city councils, and village, town and county boards. A number of school referendums were also on the ballot.

Newcomer Laura Simkin will join the Madison School Board after winning her bid for Seat 3 in one of only two competitive races on the ballot in the city of Madison in Tuesday’s election.

With noncompetitive races and the defeat of conservative challengers, incoming supervisors are poised to accelerate recent reforms to county government.

Unofficial results in contested county and municipal races in Dane County and school races and referendums in the surrounding area.

A small percentage of voters and witnesses made mistakes on their absentee ballot certificates in 2020. Here are some examples of the kinds of…

The request for appellate review is the latest development in a five-month battle over how legislative and congressional maps will look for the next 10 years.

The maps would maintain Republican majorities in the Legislature but likely prevent them from claiming a veto-proof supermajority.

The 4-3 ruling comes as the state Supreme Court prepares to decide on how the state's next legislative and congressional district maps should be drawn.

In a 4-3 decision last year, the court sided with Republicans' request that the next maps deviate as little as possible from the current GOP-drawn maps.

On Friday, a spokesperson for Gov. Tony Evers confirmed that, in light of the state Supreme Court's ruling, the Democratic governor will not be submitting maps drawn by the People's Maps Commission, which he created last year.

Democratic Gov. Tony Evers signed the bill, which creates a state licensing board for genetic counselors.

Nine Assembly Democrats have already decided not to seek reelection this fall, in addition to 13 Assembly Republicans who have also announced they won't seek another term.

The court issued a 4-3 ruling, with Justice Brian Hagedorn joining fellow conservatives on the court, in favor of maps drawn by legislative Republicans.

GOP-drawn maps may strengthen Republican advantage, but supermajorities remain a stretch in Wisconsin

In a 50-50 statewide vote split, Democratic candidates could expect to win just 36 of the Assembly's 99 seats and 10 of the Senate's 33 seats under the new 10-year political maps.

2020 casts a long shadow over 2022 GOP primary, but could that hurt nominee in the fall?

At the Republican Party of Wisconsin's state convention in Middleton next weekend, the previous election will be a hot topic. 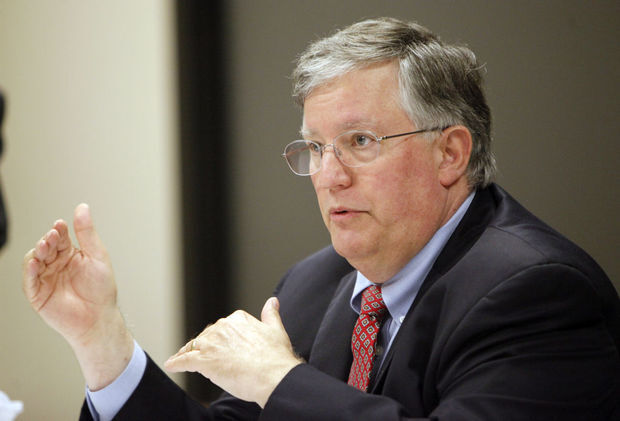 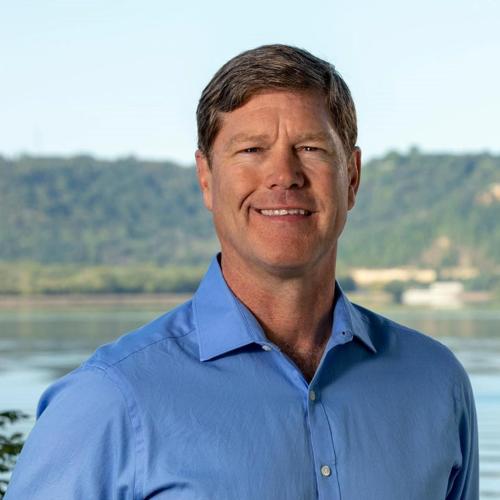 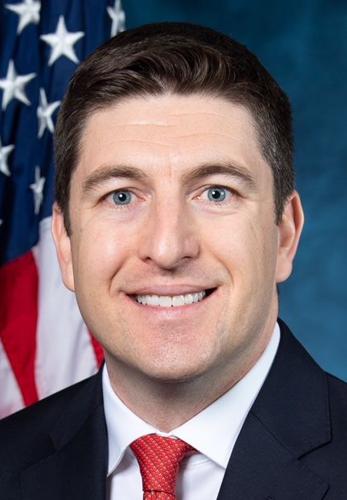