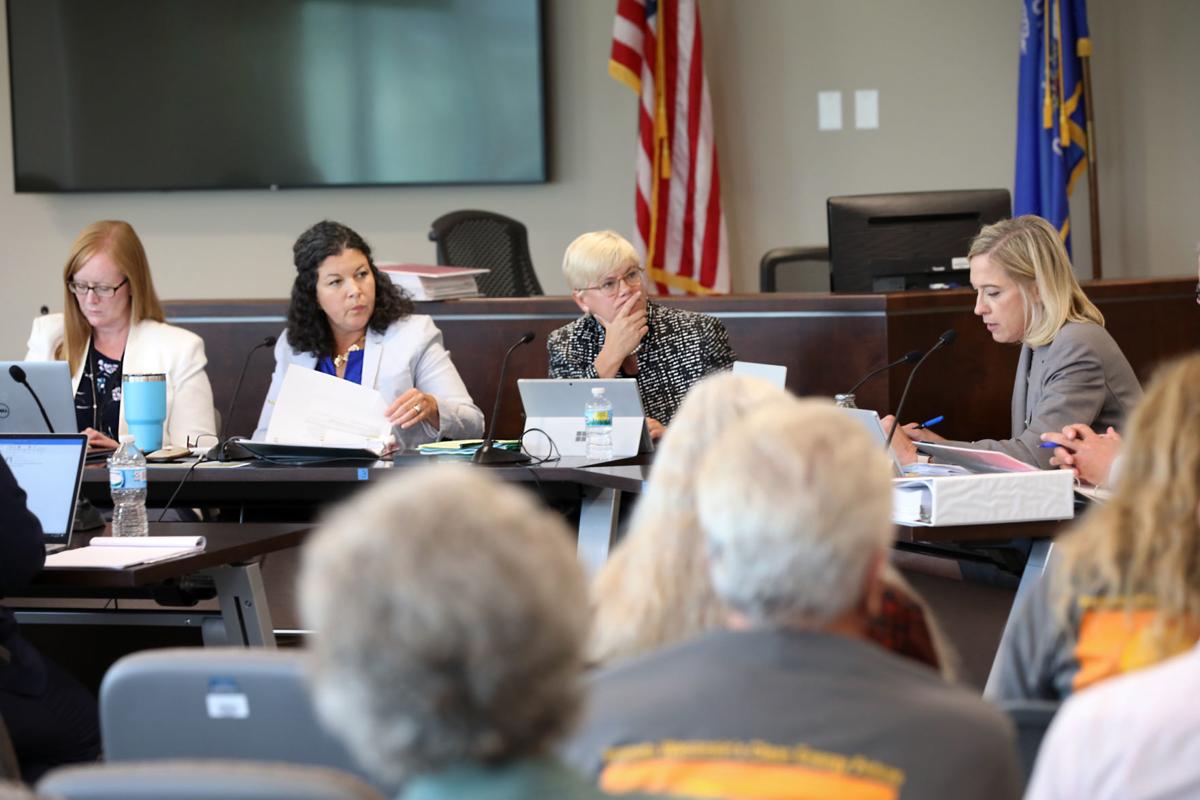 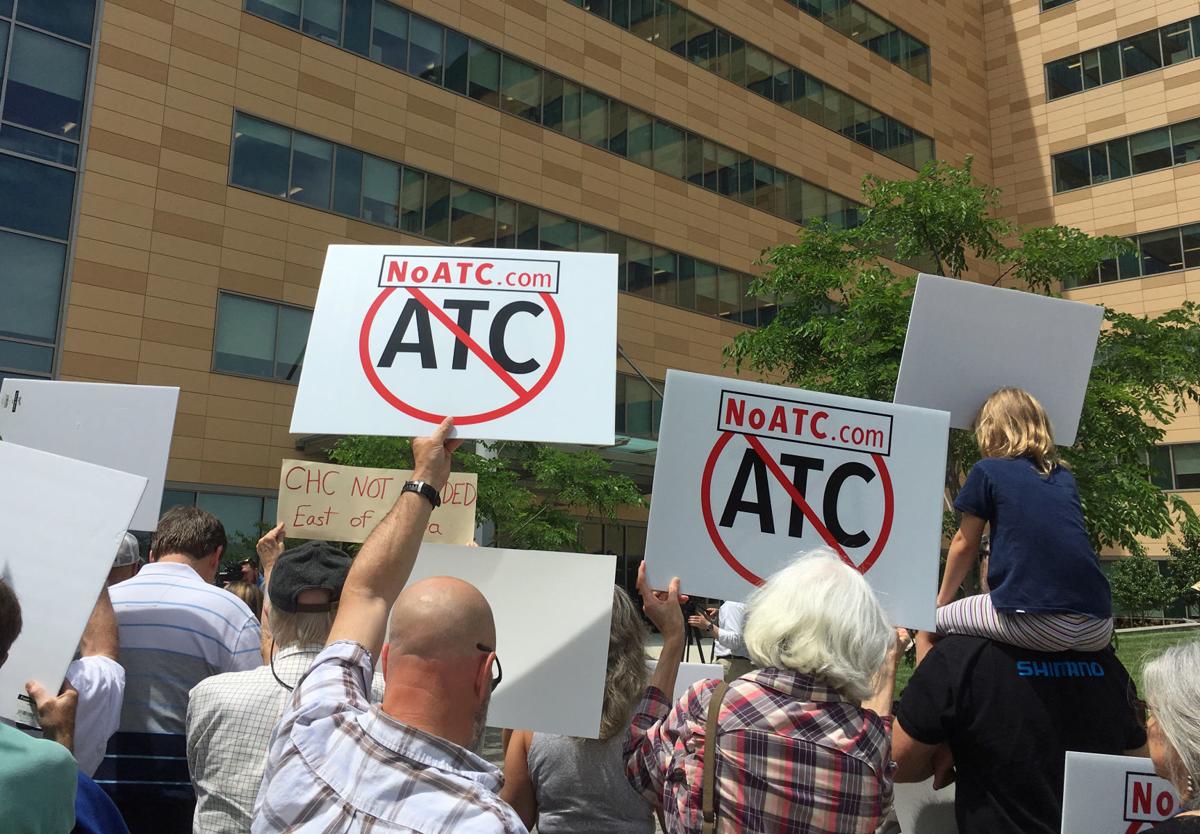 Opponents protest a proposed high-voltage power line in June 2019 outside the offices of the Wisconsin Public Service Commission in the Hill Farms State Office Building. Dozens of people testified against the $500 million project during a public hearing Wednesday, calling the line an unneeded blight on the Driftless region of southwestern Wisconsin.

Four local governments are asking state courts to block a proposed high-voltage power line through southwestern Wisconsin, saying regulators abused their discretion and violated their own rules when they approved the $492 million project.

The three-member PSC unanimously authorized the line, finding it would improve reliability of the electric grid while providing greater access to clean energy and accepting the utilities’ assertions that it will ultimately deliver lower electricity prices.

Carlos Pabellon, Dane County’s deputy corporation counsel, argues the commission failed to follow state law, instead relying “on shifting public policy determinations,” and that the adoption of those considerations were an “abuse of discretion.”

Pabellon goes on to say commissioners erred by dismissing their own staff’s analysis and presentation of an alternative option that would have cost less than $1 million.

According to the petition, the line will create significant negative impacts on the county’s land and natural resources, including the Black Earth Creek Wildlife Area, and hinder efforts in long-range planning and environmental protection.

In a separate petition, Iowa County and two municipalities challenged the decision on the grounds that it was based on erroneous interpretations of both the law and the PSC’s authority and was “rationalized based on a policy favoring and prioritizing the development of out-of-state renewable energy resources, a policy that does not exist in law, was never adopted by the legislature, and is contrary to policies that exist in law and were adopted by the legislature.”

That petition, filed by attorney Frank Jablonski in Iowa County Circuit Court, claims the line will add to the cost of service “without proportionately increasing the value or available quantity of electricity.”

A joint venture of American Transmission Co., ITC Midwest and Dairyland Power, the line would run more than 100 miles from Dubuque to Middleton, crossing a unique landscape known as the Driftless Area.

The costs will be passed on to ratepayers in 12 states, with about $67 million falling to Wisconsin ratepayers.

The utilities and clean energy advocates said the line is needed to deliver cheap, renewable electricity from the west to population centers, and numerous wind and solar projects are depending on it to deliver their full output.

Opponents — including conservation groups, the Citizens Utility Board and local governments along the route — questioned the public value, saying it would enable little new renewable energy, damage important conservation areas, and result in minimal if any ratepayer savings while the total cost to ratepayers, including maintenance and utility profits, will be more than $2 billion.

The state court challenges come a day after opponents of the line sued the PSC in federal court, alleging two commissions failed to recuse themselves despite apparent bias and conflicts of interest.

Those opponents, the Driftless Area Land Conservancy and Wisconsin Wildlife Federation, also plan to challenge the decision in state court ahead of Monday’s deadline. They contend the line is unneeded and will harm the Driftless Area.

Multiple opponents previously asked the PSC to reconsider the order, arguing the application was deficient. Those petitions for rehearing were effectively denied when the commission did not act on them.

The Middleton Police Department is still working on what charges the students will face, a representative from the Middleton-Cross Plains Area School District said.

In one scenario, the system will miss our area to the south, but in a second scenario, several inches could fall in an area that includes southern Wisconsin and northern Illinois, according to forecasters.

Rondino Fleming, 27, went AWOL in November while serving a 25-week sentence with work-release for battery.

Badger State Solar is the fifth large-scale solar farm authorized since April. Once completed, the new facilities will have a combined capacity of 750 megawatts, roughly six times the current total solar capacity.

Opponents protest a proposed high-voltage power line in June 2019 outside the offices of the Wisconsin Public Service Commission in the Hill Farms State Office Building. Dozens of people testified against the $500 million project during a public hearing Wednesday, calling the line an unneeded blight on the Driftless region of southwestern Wisconsin.