Dane County Sheriff Dave Mahoney told the State Journal on Monday he had never discussed marijuana legalization with Gov. Scott Walker, but in a radio interview last year he discussed such a conversation.

Mahoney initially disputed a story Gov. Scott Walker told last week in response to a question about marijuana legalization at a luncheon in Phoenix emceed by conservative radio host Hugh Hewitt. Mahoney later acknowledged the conversation after listening to a recording of the radio interview, but emphasized that it was "in passing" and that he has no recollection of it.

At the Phoenix event Walker said he opposed legalizing marijuana, citing a conversation with the sheriff of liberal Dane County. "I mean, it’s left of Pravda," Walker said of the political views of county residents, which he compared to the Communist Russian newspaper.

"Even there, the Democrat sheriff said to me last year when this issue came up, 'Whatever you do, please do not sign the legalization of marijuana,'" Walker said. "This was a guy who spent his whole career in law enforcement. He was liberal on a whole lot of other issues. But he said it’s a gateway drug."

Mahoney said Monday he had no recollection of such a conversation, even after Walker's office said it took place at a Badger State Sheriffs' Association event on Feb. 11, 2014.

But in an interview with The Devil's Advocates Radio Show on 92.1 The Mic on Feb. 12, 2014, host Mike Crute asked Mahoney about the conversation, which Walker mentioned earlier that day during an interview with local reporters.

"As he was walking by, I caught the governor and said as you’re looking for ways to save money in the state of Wisconsin, I truly hope that you don’t give into the allure of legalization of marijuana as a means to address our economic issues in the state of Wisconsin," Mahoney told Crute. "I’m glad the governor’s finally following my advice and I would look forward to him consulting me more."

After listening to a recording of the radio interview, Mahoney said it "shows that it was a conversation in passing."

"It did not occur for a specific purpose of discussing this issue of legalization but again as a opportunity in passing," Mahoney said. "I still welcome any opportunity to have a sit down conversation on a host of topics of concern to law enforcement — just don't think it will happen."

Mahoney said Monday he has never had a one-on-one, sit-down conversation on any topic with Walker since he became governor. Any interactions they've had at public events and meetings have been cordial small talk, he said.

Walker spokeswoman Laurel Patrick said Mahoney asked Walker at the Feb. 11, 2014, association event at the Madison Concourse Hotel to oppose legalization and described the substance as a gateway drug.

Mahoney did not dispute the governor's characterization of his opposition to marijuana legalization, even though the sheriff refrained last year from opposing a county referendum calling on the state to legalize marijuana as Colorado and Washington did in 2012. At the time, he said the issue should be studied for five years to review the effect on health care costs, student performance and behavior, and problems such as absenteeism in the workplace.

"I don't think at the end of a five-year study that it will show marijuana is harmless," Mahoney said.

Walker has been crisscrossing the country in recent months laying the foundation for a likely presidential campaign. He was in Arizona and Texas last week touring the Mexican border. The Phoenix luncheon hosted by the Arizona Chamber of Commerce and Industry was closed to the press, but audio clips were posted online.

That Walker would play up a connection with Mahoney was surprising — for the same reason it's not surprising that the two have never met privately.

In 2011, when tens of thousands of protesters swarmed the Capitol during the debate over Walker's proposed changes to public sector collective bargaining, Mahoney refused to have his deputies help clear the building, saying he wouldn't put them "in a position to be palace guards."

But Walker also has emphasized in his speeches across the country that he has won three elections in a state that hasn't voted Republican for president since 1984 and that he did so with the help of independent voters and "even a few discerning Democrats."

In the same answer on marijuana legalization Walker also mentioned a conversation with Colorado Gov. John Hickenlooper, who he called "a Democrat, a friend of mine."

Hewitt mentioned that line in a radio interview with Walker later in the day.

"I just picked up on it that you have friends who are Democrats," Hewitt said. "This is going to shock a lot of the public employee union activists out there."

Scott Walker on potential presidential run: 'There's a good vibe out there' 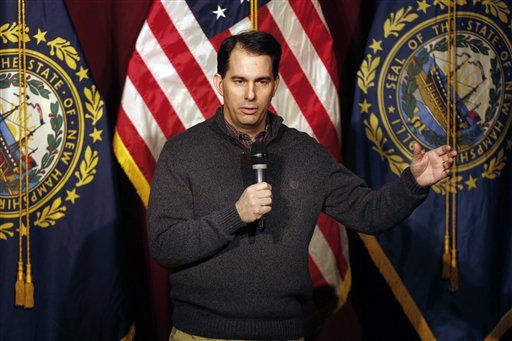 Gov. Scott Walker, pictured at a speech in New Hampshire, said in Arizona last week that he talked to the Dane County sheriff about marijuana legalization. But Democratic sheriff Dave Mahoney said they've never had a private conversation. 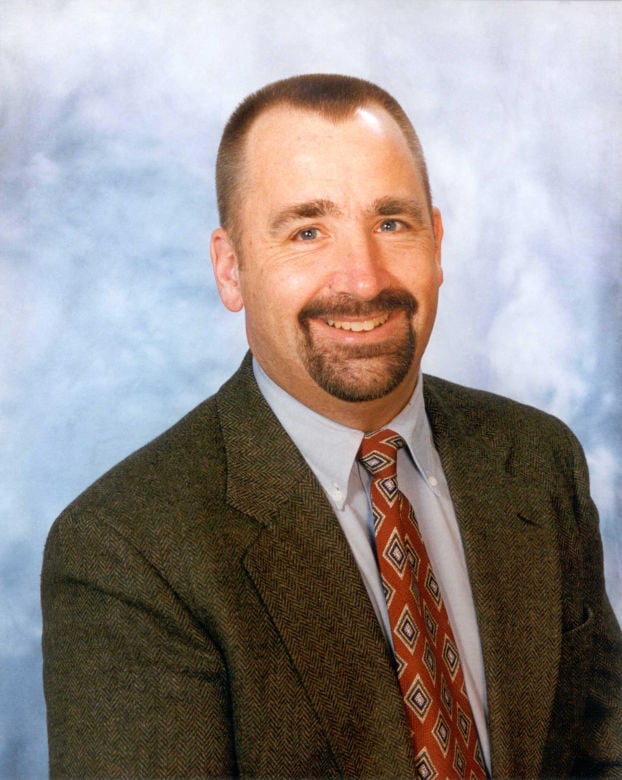