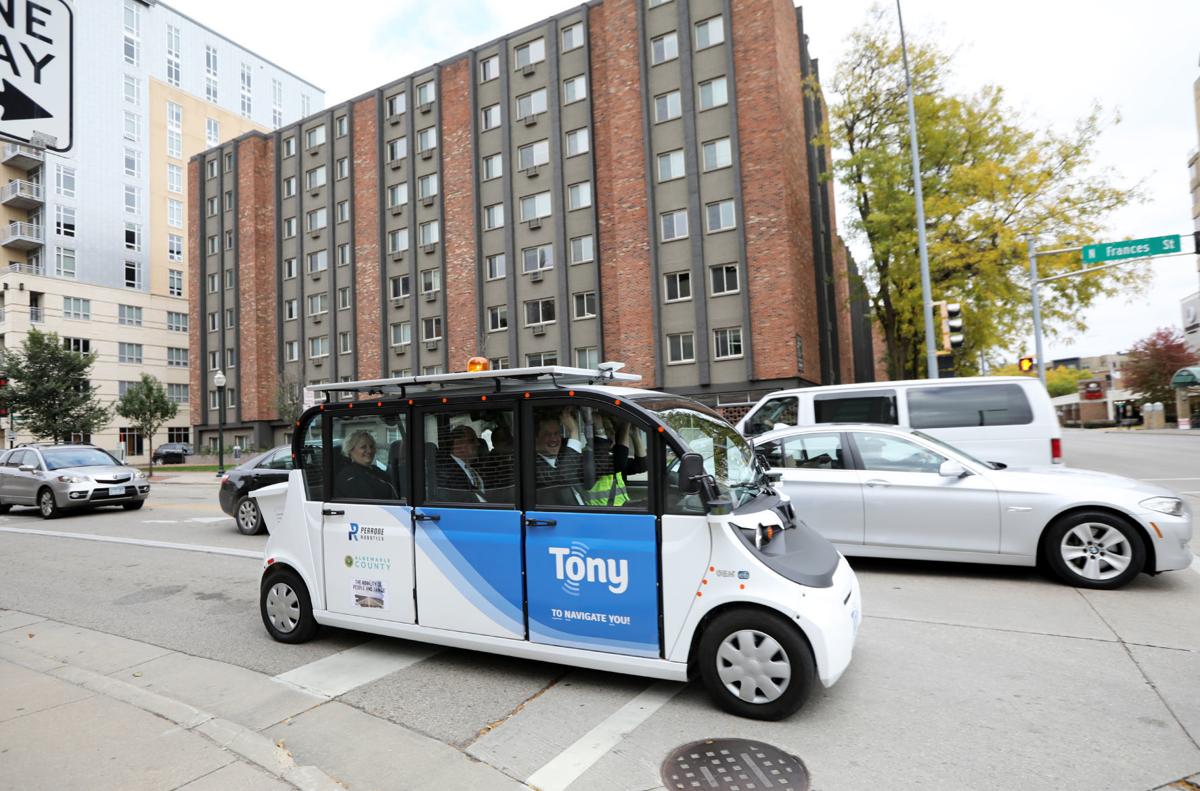 There is a driver at the wheel of this Perrone Robotics autonomous vehicle, but he is just the backup as the shuttle bus navigated streets Thursday in Downtown Madison on its own. 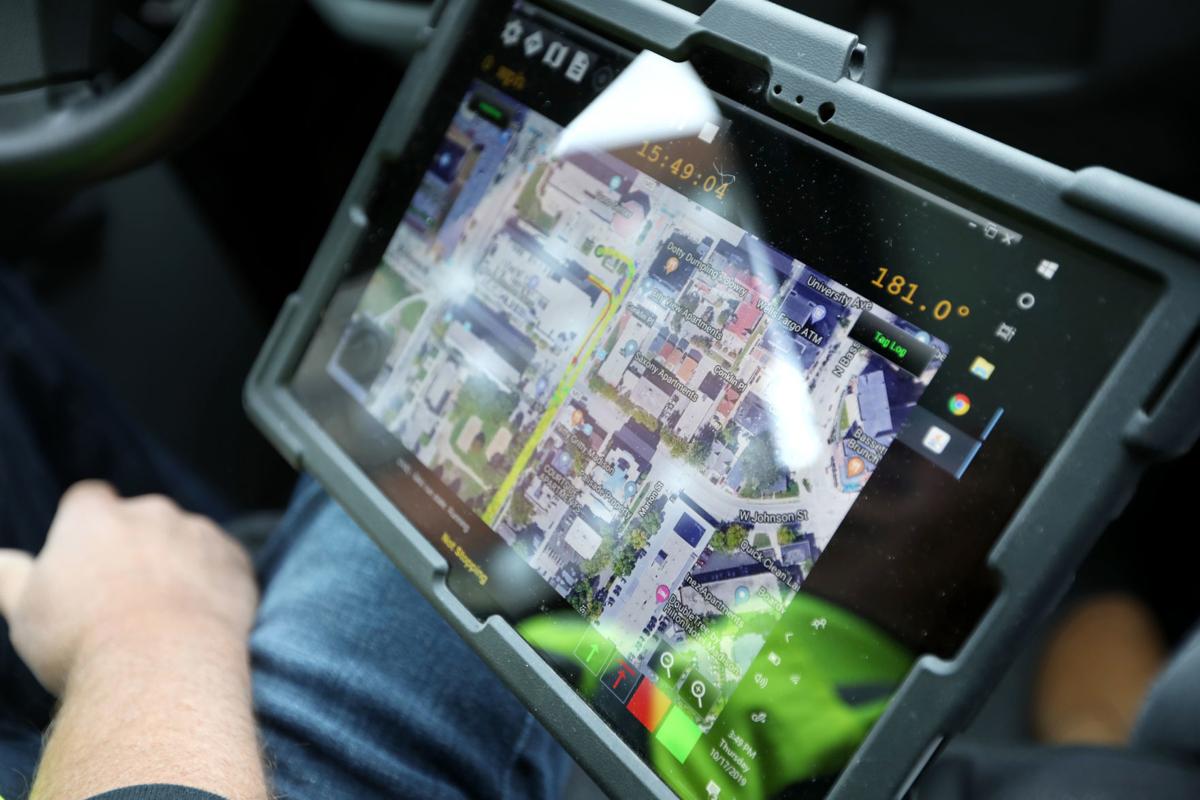 Perrone Robotics vehicles are equipped with a navigation system that allows them to reach their destination without a driver holding the steering wheel. 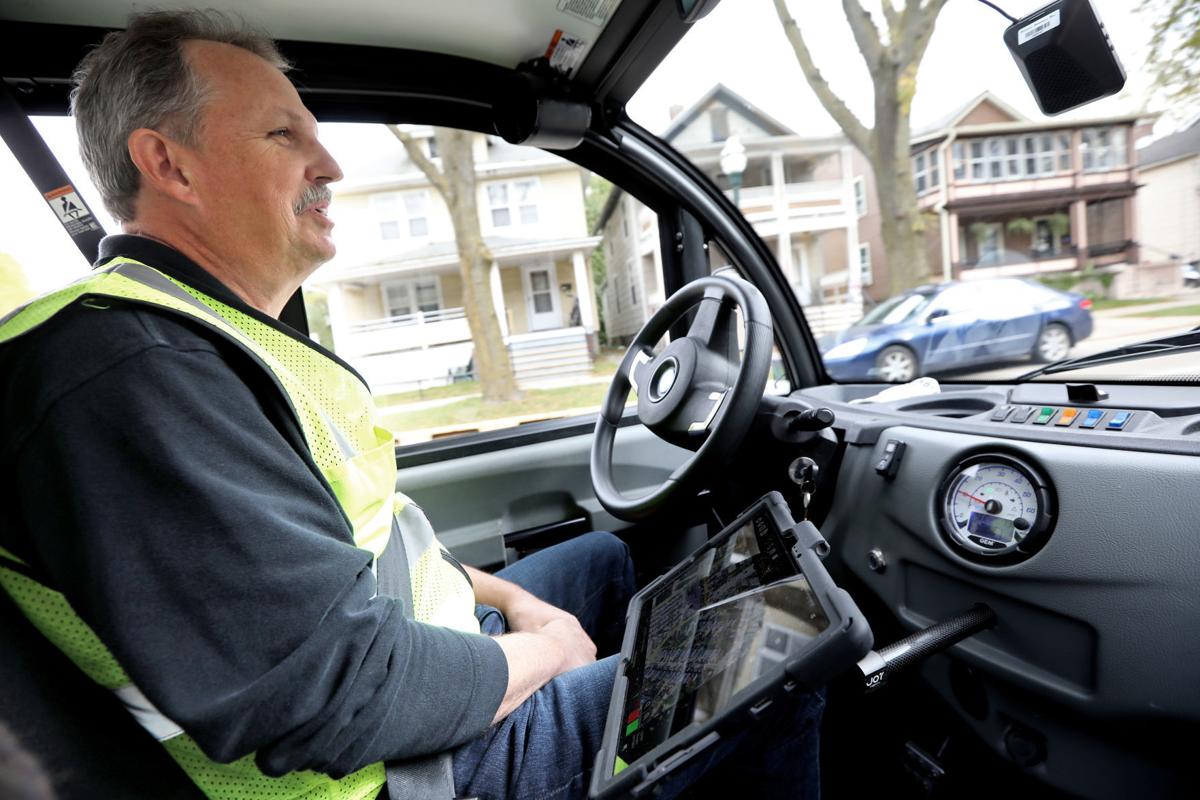 The electric shuttle bus nudged forward into the intersection of Frances and Dayton streets, waited for a passing car and then turned left after pedestrians had crossed.

Ralph Groves, a test engineer for Virginia-based Perrone Robotics, sat behind the wheel, but never touched it or the pedals.

Thursday’s demonstration showcasing the capabilities of an almost fully automated vehicle was part of a joint effort by the Wisconsin Department of Transportation and UW-Madison’s Transportation Operations and Safety Laboratory to host members of the Mid America Association of State Transportation Officials, or MAASTO, which represents 10 Midwestern states.

While such technology won’t be taking to the streets tomorrow, it may be closer than some people think.

Wisconsin gives autonomous vehicle innovation a lane to drive itself

The benefits of automated vehicles, Thompson said, could include increased safety as well as decreased traffic congestion.

The shuttle bus operated using sensors and programmed GPS routes, while a minivan showcased the ability to feed traffic and congestion information to the vehicle from a Park Street intersection. But more important, officials said, the demonstrations help familiarize the public with the technologies.

“The demos are really less about exploring the technology,” said David Noyce, executive associate dean of UW-Madison’s College of Engineering. “They’re more about building trust in the technology.”

Driverless shuttle could debut in Downtown Madison this fall

Marketing research firm J.D. Power found many drivers still are nervous at the thought of a “driverless car.”

“Consumers are still very concerned about cars being able to drive themselves, and they want more information about these complex systems, as well as more channels to learn how to use them or how and why they kick in,” Kristin Kolodge, executive director of driver interaction and human machine interface research at J.D. Power, said in a statement.

Education and familiarity with — and trust in — driver assistance technologies such as lane-keeping systems can mitigate concerns.

In addition to building trust, Thompson, who was recently named vice president of MAASTO, said it will be imperative for the industry that research and advancement in automated vehicle technology is not a state-by-state effort, but rather a regional undertaking.

Other challenges include ensuring consistent laws and infrastructure between states and municipalities, enforcement and the evolving nature of technology, he said.

“It is incumbent on us to keep pace with, or work ahead of, the advancements in technology to ensure the safety and efficiency of our system,” Thompson said.

A self-driving vehicle that was set to give rides in Madison Friday and Saturday is being sidelined after a minor crash in Las Vegas last week.

There’s a good chance for rain on Saturday, but Sunday should be mostly sunny and seasonably warm, according to forecasters.

There is a driver at the wheel of this Perrone Robotics autonomous vehicle, but he is just the backup as the shuttle bus navigated streets Thursday in Downtown Madison on its own.

Perrone Robotics vehicles are equipped with a navigation system that allows them to reach their destination without a driver holding the steering wheel.