The leaders of the state Assembly on Tuesday said records related to claims of sexual harassment occurring within their chamber would not be released to the public in order to protect victims’ privacy.

Assembly Speaker Robin Vos and Assembly Minority Leader Gordon Hintz also pledged to seek justice for victims of sexual harassment and said that serial sexual harassers would likely be fired or removed from their seats.

“We want to make sure people feel comfortable bringing forward any accusation and knowing that it will be dealt with severely and swiftly if it’s true,” Vos said. “I think the whole process is to ensure someone actually gets justice, which is what’s happened every single time that I have seen in the Assembly because we have a good, strong policy that guarantees that we have the opportunity for victims to come forward.”

Vos, R-Rochester, and Hintz, D-Oshkosh, made the remarks at a joint news conference Tuesday after a mandatory sexual harassment training organized for all Assembly staff. Vos acknowledged a few incidents of sexual harassment at the Capitol in recent years.

The Assembly and Senate chief clerks denied a request made by the Wisconsin State Journal earlier this month for records related to claims of sexual harassment over the last 10 years.

In their denial, the clerks said releasing such information would have a chilling effect on victims’ desire to come forward.

Vos said that because victims’ privacy should be upheld and respected, completed investigations into sexual harassment also should not be released publicly. Hintz said records should be kept private even if the names of complainants are blacked out to maintain consistency in how complaints are handled because some victims wouldn’t want details of events known under any circumstances.

“Even with the redaction, there is speculation about other things — some of the victims don’t want those details out there,” Hintz said. “I think our policy is actually first to protect those who would be most impacted by the release of information.”

The State Journal also has requested records related to completed investigations, discipline and settlements related to sexual harassment claims. Those requests are pending.

Bill Lueders, president of the Wisconsin Freedom of Information Council, said not releasing records related to possible sexual harassment in the Capitol “is contrary to law and past practice” and could erode public trust.

“Victims are identified all the time. Does the Legislature propose that no one be prosecuted for crimes anymore if it is not also possible to shield the names of victims?” Lueders said.

He also said denying the records could be an attempt to cover up allegations of misconduct or evidence that allegations weren’t handled properly.

Assembly Chief Clerk Patrick Fuller and Senate Chief Clerk Jeff Renk said in their denials to the newspaper that the purpose of the internal complaint process is to instill employee confidence that resolving concerns is handled in a confidential manner.

“The public disclosure of records concerning complaints and investigations compromises the privacy rights of victims, witnesses, and others,” they each wrote in separate responses. “The increased level of embarrassment would have a chilling effect on future witnesses or victims coming forward, contrary to public policy.”

April Barker, a Waukesha-based attorney who handles open records litigation, said in other cases state appeals courts have ruled repeatedly that the public’s interest in knowing government information outweighs any potential chilling effect the release of records might cause.

“Certainly the public’s entitled to know about (potential) misconduct — to just black it all out and say no, no one gets to know anything in this setting, is absurd,” she said.

“In an ideal world the plaintiffs in these kinds of cases would like to be able to talk about these things and some would be interested in going to the media because they don’t want this happening to someone else,” Scarr said. “It really doesn’t make sense that the public wouldn’t be able to hold their legislators accountable and know whether they are engaged in the public’s business or in private shenanigans.”

Vos said few sexual harassment incidents have occurred since he entered the Legislature and the ones that have had been handled swiftly. He pointed to the Assembly’s decision to strip former GOP Rep. Bill Kramer of his leadership position after he was accused of sexual misconduct. Kramer was convicted of charges that he sexually assaulted a political aide in 2011.

Legislative staff are at-will employees, which means they can be fired for any reason.

But Vos on Tuesday pledged to protect victims from retaliation if an alleged harasser is a supervisor. He said workers can also complain to Vos or Hintz or to the Legislative human resources office. He said employees can complain anonymously, but taking that route makes it more difficult to prove allegations.

The Assembly’s training comes amid an avalanche of allegations made against prominent lawmakers in state Legislatures and Congress, entertainers and media figures. None have involved people in Wisconsin.

A faculty review committee report released in February said the department’s "legacy of sexism" was a problem that "requires immediate, seriou…

Garrison Keillor, the former host of "A Prairie Home Companion," said Wednesday he has been fired by Minnesota Public Radio over allegations o…

The move comes nearly five years after the council failed to come up with rules in the wake of sexual assault allegations against a member.

Sen. Tammy Baldwin has returned two donations to men accused of sexual harassment while Republicans have not distanced themselves from a suppo…

Under the state's open records law, Rep. Scott Krug, R-Nekoosa should have honored the request for electronic versions of email, the judge ruled.

"There's a culture in our unit … (that) sexual misconduct, depending on who does it, it's no big deal." 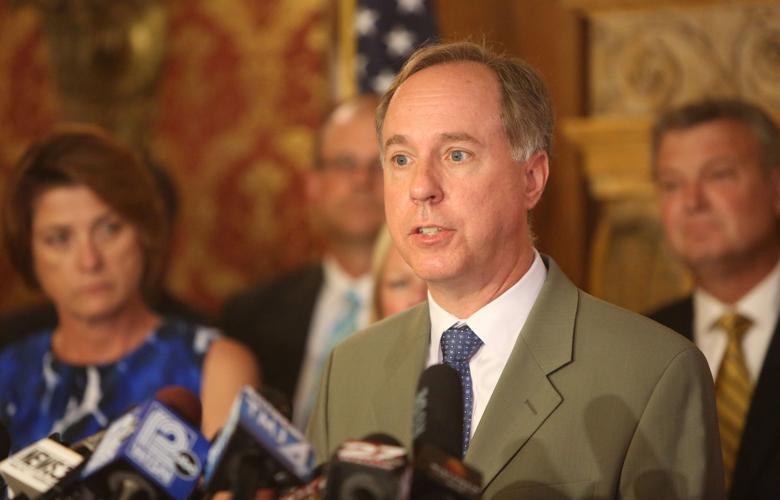 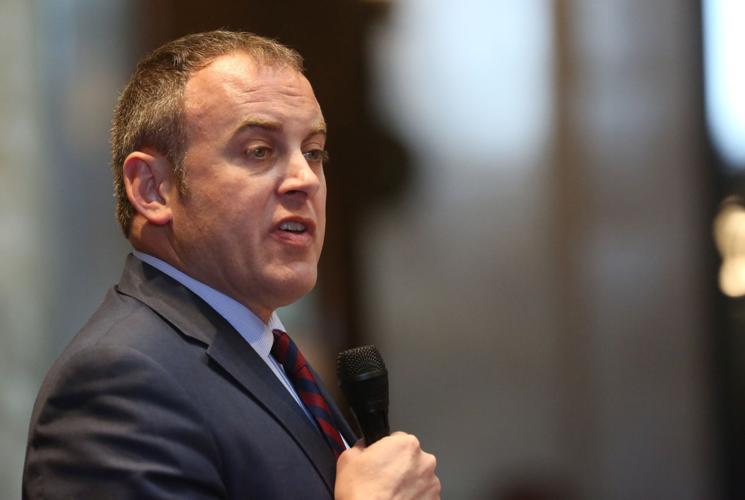