The head of Assembly Republicans’ review of the 2020 presidential election in Wisconsin announced Monday that he will, “if necessary,” compel election clerks to turn over documents or provide testimony as part of the review.

Former state Supreme Court Justice Michael Gableman, who is leading the effort, said in a video published to a newly-created YouTube account for the Wisconsin Office of Special Counsel that he is prepared to compel clerks to cooperate so the public can “gain a comprehensive understanding of how their elections were managed.”

Lawmakers approved $680,000 to support the investigation into last year’s election earlier this month — despite the fact that several lawsuits and multiple recounts showed the results of the election were accurate.

“This investigation will be guided by a search for the truth and not by political priorities, or political timetables,” Gableman said in the video, even though the investigation has been decried by Democratic lawmakers and Gov. Tony Evers.

Gableman, who served on the state’s high court between 2008 and 2018, was tapped by Assembly Speaker Robin Vos, R-Rochester, to lead the investigation in June. Since then, while awaiting approval of funds for the investigation, Gableman has traveled to observe the election review in Arizona and attended a symposium hosted by MyPillow CEO and conspiracy theorist Mike Lindell.

The election review in Arizona was declared to be partisan and amateurish by UW-Madison professor Barry Burden, an expert on election administration.

Earlier this month, Burden called the review in Wisconsin a “three-ring circus.”

“My concerns about the reviews that are underway in Wisconsin is that they are likely to do the opposite of what the advocates say will happen,” Burden said. “They are decreasing confidence in the election system rather than increasing it regardless of what they find.”

Gableman did not outline a timeline for the investigation in his video, but did say his office will provide updates when “appropriate.” 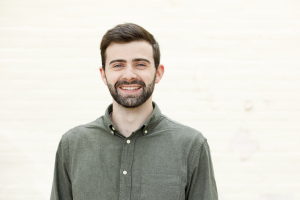 The mayor’s comments followed the news that former Wisconsin Supreme Court Justice Michael Gableman has backed off on subpoenas in five cities.