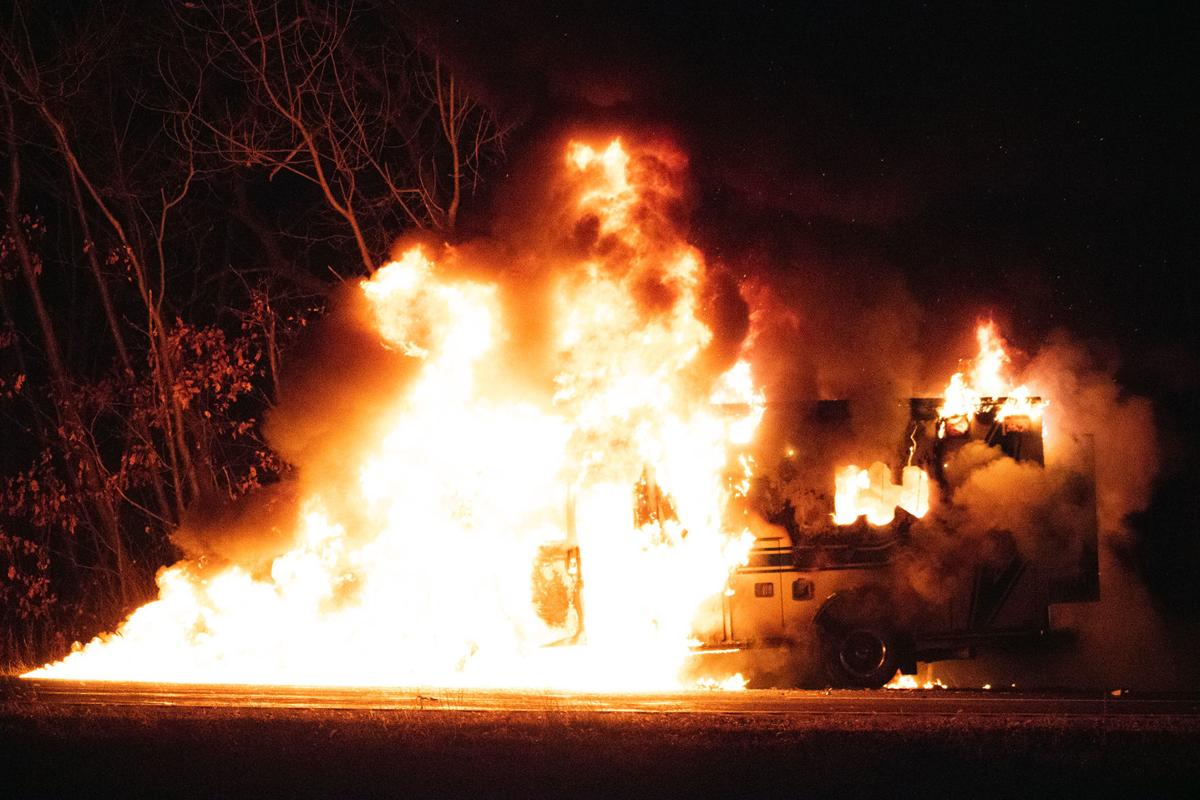 Flames engulf an ambulance Sunday on Highway 12 south of Baraboo.

The Wisconsin State Patrol reported the incident at 6:54 p.m. and said the southbound lanes of the highway were closed due to a vehicle fire.

A representative from the Sauk County Sheriff’s Office Dispatch Center said “everyone got out” and multiple agencies responded to the incident. There were no other vehicles involved in the incident.

It was not clear whether anyone was injured, how many people were in the ambulance, what agency owned the vehicle, where it was headed or what may have caused the fire.

A representative from the sheriff’s office said additional questions could be answered Monday.

Traffic headed south was rerouted around the area on Ski-Hi Road. The Wisconsin State Patrol reported the scene was cleared at 8:37 p.m.

Flames engulf an ambulance Sunday on Highway 12 south of Baraboo.