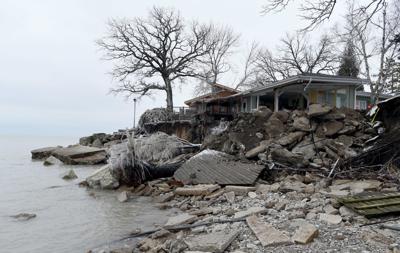 PLEASANT PRAIRIE — Charlotte and Rudolph Brengel’s backyard used to have a gentle slope rolling down to the Lake Michigan shoreline.

After massive waves and strong winds last weekend, coupled with abnormally high water levels, that gentle slope has been turned into a small cliff.

About 40 feet of their yard was decimated Saturday, including a deck and a small garden plot, leaving only about 60 to 70 feet between the new cliff and their house.

The Brengels, who live on Lakeshore Drive in the Carol Beach subdivision of Pleasant Prairie, are still better off than their next-door neighbor.

That home’s foundation was practically destroyed and now teeters on the edge of the same small cliff. We Energies has since disabled gas and electricity at the property, where erosion had eaten away the ground under the home and winds lashed the damaged structure.

The fast-moving erosion rendered that house unlivable, with parts of it falling into the lake. Standing in the Brengels’ yard, you can see directly into what had been their neighbor’s living room — most of the rear wall is gone.

Still, no injuries were reported during Saturday’s storm.

Pleasant Prairie’s community development department was dumping boulders into the destroyed home’s backyard on Sunday and Monday, looking to strengthen the shoreline in case another storm hits.

These same issues were not seen in Racine, according to Keith Haas, general manager at Racine Water and Wastewater. He said in an email that Saturday’s storm was “business as usual” because the utility upgraded the rock revetments protecting the wastewater plant two years ago.

This problem has been a long time coming nationwide. In 2000, the Federal Emergency Management Agency predicted that 25% of all U.S. homes within 500 feet of a shoreline would be destroyed by erosion by 2060.

In Racine, Public Works Director John Rooney said the city Public Works and Parks departments are investigating the damage caused and plan to meet on Tuesday to discuss next steps.

“There is extensive cleanup underway along Pershing Park Drive and areas of failure in the shoreline protection and storm sewer outfalls along the park (Pershing Park),” said Rooney.

‘There’s nothing to help us’

Charlotte Brengel, who works as a Realtor, said that the damage happened over the course of 3 to 5 hours Saturday, with chunks of their yard being broken away and captured by Mother Nature. Lake Michigan’s waves seemingly ignored the riprap that had been intended to protect the neighborhood from the lake.

The storm caused so much damage because the lake is 3 feet above its normal level for this time of year, according to the U.S. Army Corps of Engineers. Some experts predict the water level is only going to get higher in the coming months.

“You can call it whatever you want, but there has definitely been a weather-pattern change in this region. It’s happened, and it’s definitely creating a problem in the Great Lakes,” Antaramian said.

Right now, the Brengels and their neighbors are worried about their properties. There are not really any services or aid available to them.

They can’t get help from the FEMA, the government agency that responds to natural disasters, unless the state requests it. They have flooding insurance, but there is not really such thing as “erosion insurance.”

“There’s nothing to help us,” Charlotte Brengel said. “I’ve been researching it for two days.”

The Brengels’ septic tank, however, is within striking distance, sitting fewer than 10 feet from where the erosion halted. If something like this happens again, the tank could be in danger.

It won’t be cheap to repair the land — “Who’s got $100,000 or $200,000 sitting around?” Charlotte wondered aloud — and Rudolph isn’t optimistic they’ll get any help directly from Kenosha County or Pleasant Prairie.

Another issue: Even if the Brengels built up the shoreline protections along their property, their home would still be vulnerable if their neighbors don’t do anything.

“Every neighbor’s situation affects everyone else’s,” Charlotte said. “I just wish the state could help us.”

Damage was not limited to the Brengels’ neighborhood.

The retaining wall at Kenosha’s Southport Park, which was in bad shape already, was further damaged Saturday. Simmons Island was flooded, and dozens of bricks along the HarborPark promenade in Downtown Kenosha were uprooted.

In June, a Somers property at 609 17th St. gained national attention as it dangled off the side of a Lake Michigan bluff just north of Carthage College. The three-bedroom home was recently razed, succumbing to its nearly multi-year battle with erosion.

“This is something I’ve never seen before, and I’ve been in this community my entire life,” Racine Public Works Commissioner John Rooney said about the weekend storm damage to Racine’s lakefront. 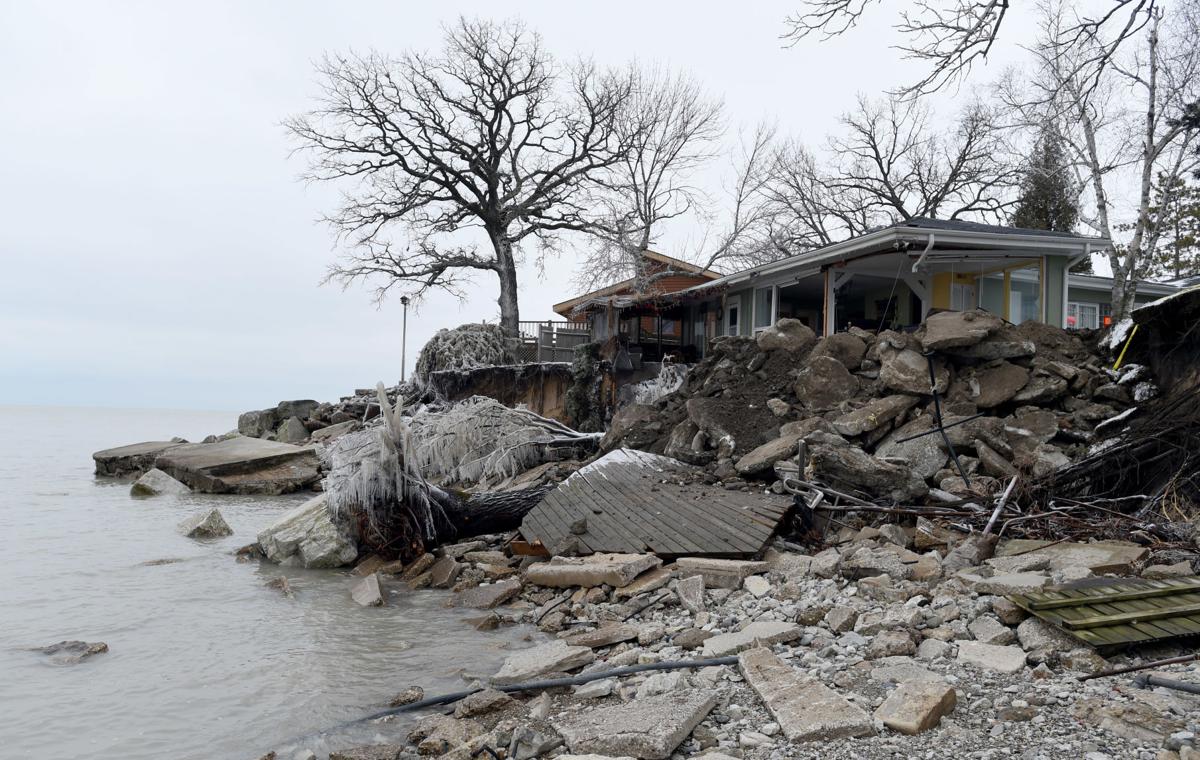 A home that was partially destroyed by erosion during Saturday's storm has been deemed uninhabitable by the Village of Pleasant Prairie. It's pictured here Monday, sitting precariously above Lake Michigan. The Brengels live next door and worry their home could be next. 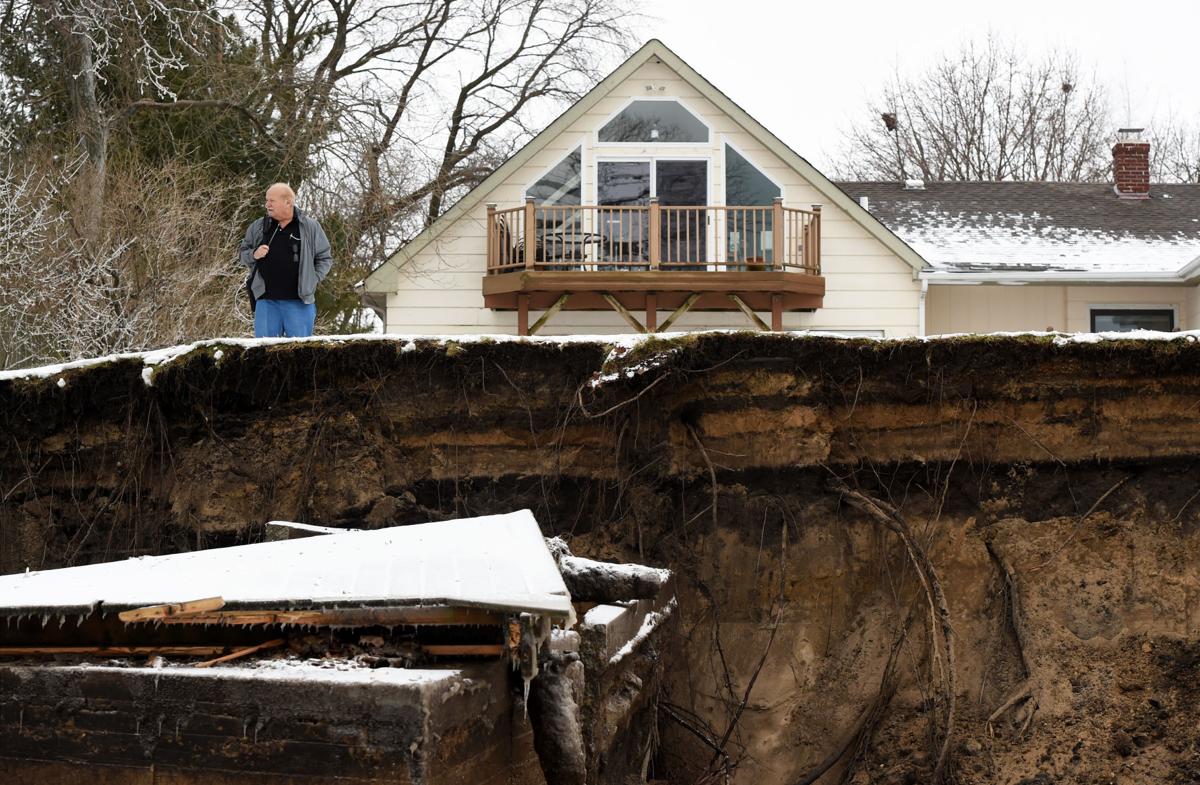 Rudolph Brengel stands in his backyard Monday afternoon. The week before, there had been a gentle slope down to the lakefront. After a storm Saturday, a small cliff was created in his backyard. He's worried more rough weather could threaten the foundation of his home. 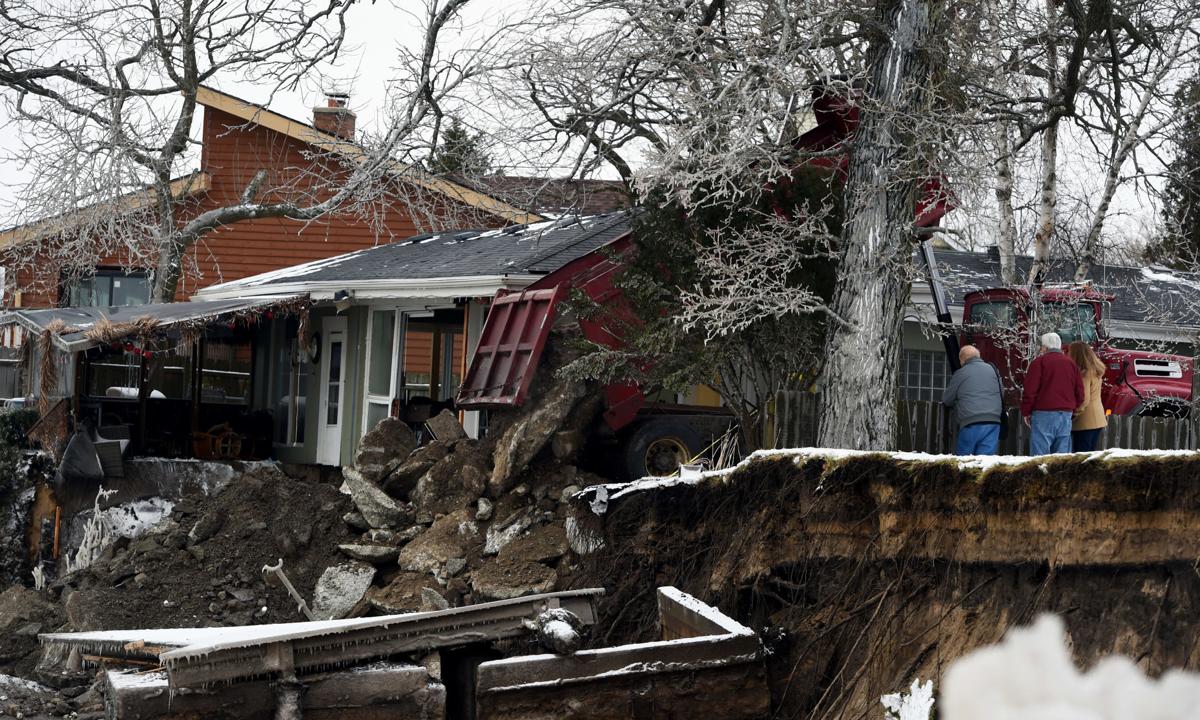 A dump truck drops stones, boulders and sediment behind a home that was decimated by fast-moving erosion along the Lake Michigan shoreline in Pleasant Prairie over the weekend. 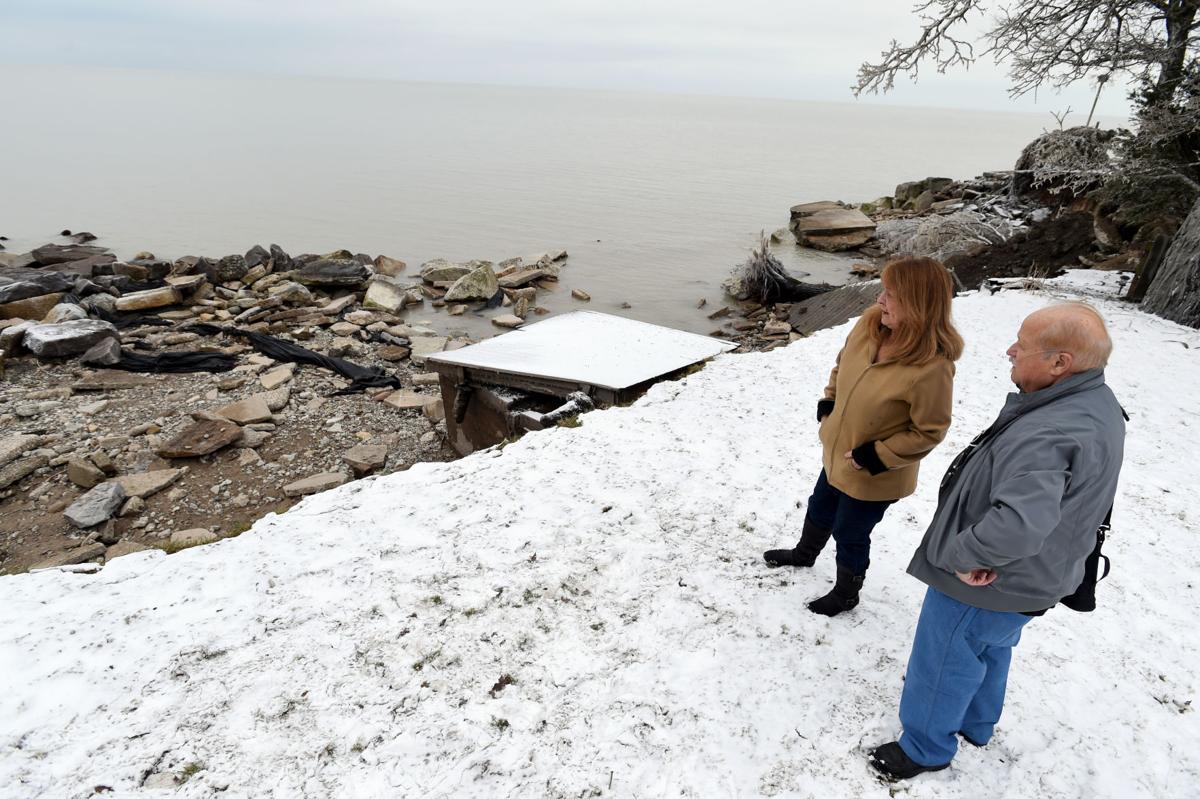 Charlotte and Rudolph Brengel, of Pleasant Prairie, stand in their backyard, a few feet back from the miniature cliff that now runs through their yard. They moved in 20 years ago, when the yard included a gentle slope down to the Lake Michigan shoreline. Erosion caused by a storm this weekend now threatens the foundation of their home.