Without the carp, Lake Wingra cleans up
0 Comments
Share this
1 of 3 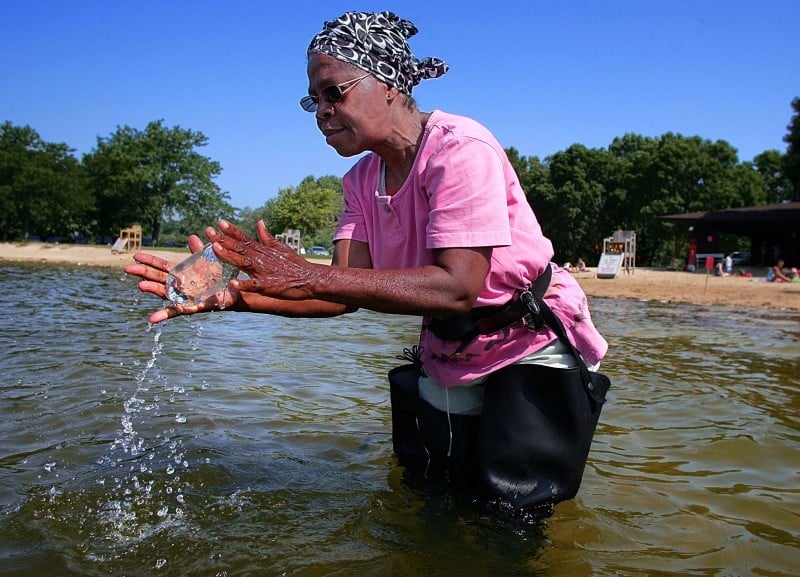 Adelaide Fiske of the Madison-Dane County Health Department collects water samples for testing off the Vilas Park beach at Lake Wingra. Though the water is noticeably cleaner, it remains vulnerable to bacteria from goose droppings and other sources. 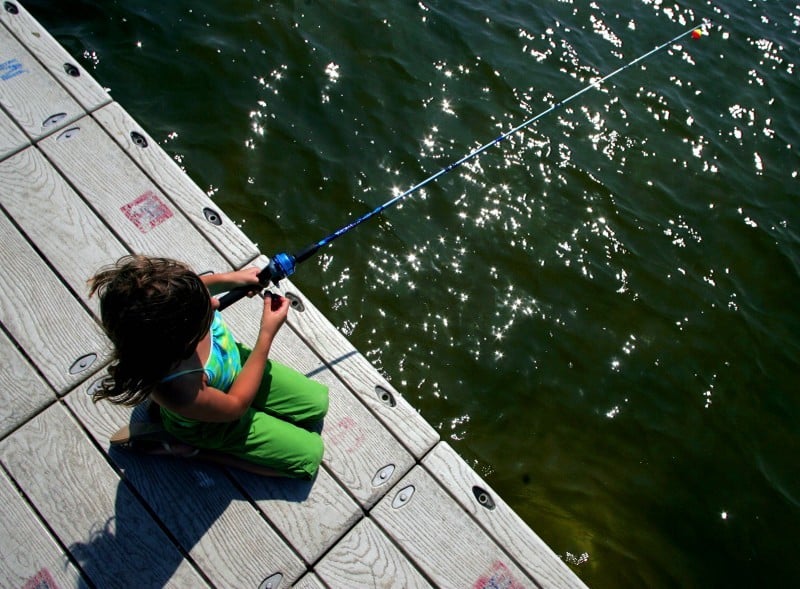 Rosalyn Johnson, 7, Madison, fishes on Lake Wingra, cleaner this summer because of a carp removal project. 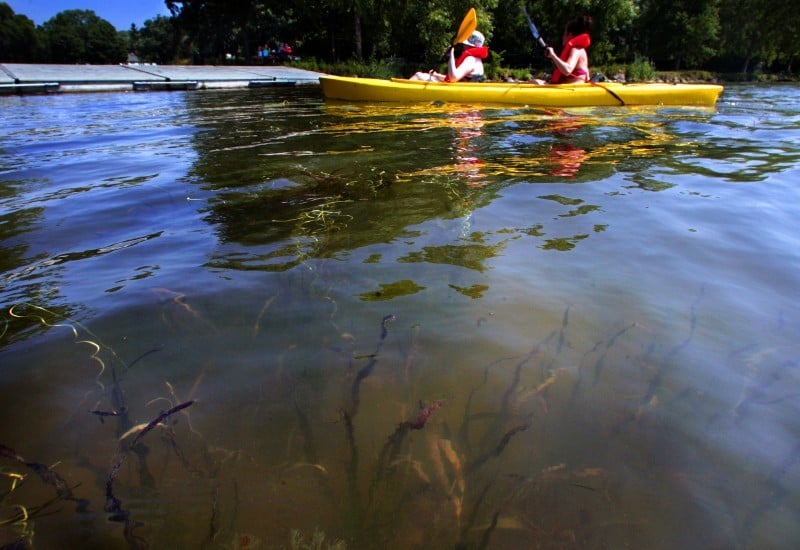 Plants and a sandy bottom are visible in hip-deep water at Wingra Park. The clarity of the water has improved this summer because of a carp removal project.
By RON SEELY 608-252-6131

This bit of good news is so rare you might not really believe it at first. One of Madison's lakes is actually cleaner this summer than it has been in years.

Limnologists with UW-Madison say recent tests have shown that Lake Wingra is cleaner than it has been during the past 12 years or more.

But it doesn't take a scientist to see the difference. All you have to do is stand hip-deep in the lake and look through the clear water to the sandy bottom where native aquatic plants make it look like you're wading around in an aquarium.

The reason for this turnaround? Carp. Or, more precisely, the lack of carp.

Limnologist Dick Lathrop said the removal of more than half of the carp in the lake over the last two winters has resulted in less silt being churned up by the muck-loving fish. Not only is the water clearer, according to Lathrop, but native plants are doing better and outbreaks of blue-green algae have been minimal. The popular beach on the lake has not been closed once this year due to water quality.

Richard Friday has lived on Lake Wingra since the mid-1970s and in all those years, he has never seen the water in the lake so clear.

"It's been pretty amazing," Friday said. "I fish and canoe and kayak. I'm out on the lake every day. And it has been noticeably cleaner all summer."

The carp removal project was undertaken as part of a stormwater management plan adopted by the Friends of Lake Wingra, according to David Liebl, a member of the group and a stormwater engineer with the UW-Madison's engineering department. The project was tested two years ago with an exclosure that kept carp out of a small section of the lake near Edgewood College. Aerial photographs showed a striking difference between the clear water inside the exclosure and the rest of the lake.

"The carp exclosure gave us an inkling of what to expect," Liebl said.

With $4,200 from the Madison Fishing Expo, nearly 7,000 carp were trapped and removed from Lake Wingra over the past two winters. The carp were sold at Midwest fish markets.

Lathrop said the carp, when overabundant, stir up bottom sediments. Once that happens, those sediments are more easily suspended on windy days and the nutrients in those sediments then become more available to fuel algae blooms and the growth of invasive weed species.

With the success of the effort evident this summer, Liebl said carp removal will continue. One key, he added, will be making sure that the new dam being built on the lake includes a carp barrier that will keep breeding carp from Lake Monona from finding their way into Wingra.

As for other lakes, Lathrop said a similar approach in larger lakes would be difficult. But he added that important information about carp behavior gleaned from the Wingra project should help with carp management on larger lakes such as Mendota.

Lathrop added that it may not be necessary to remove all the carp from Wingra because a modest population of the bottom-feeding fish is able to find food more easily and does not stir up sediments.

"This really is a success story," Lathrop added.

In lakes Mendota and Monona this summer:

In lakes Mendota and Monona this summer:

The Dane County Board unveiled a plan Wednesday to spend about $27 million over the next five years on projects aimed at cleaning up the county's lakes. Included in the proposal is the extensive removal of carp from Cherokee Marsh and from Mud Lake south of McFarland.

Adelaide Fiske of the Madison-Dane County Health Department collects water samples for testing off the Vilas Park beach at Lake Wingra. Though the water is noticeably cleaner, it remains vulnerable to bacteria from goose droppings and other sources.

Rosalyn Johnson, 7, Madison, fishes on Lake Wingra, cleaner this summer because of a carp removal project.

Plants and a sandy bottom are visible in hip-deep water at Wingra Park. The clarity of the water has improved this summer because of a carp removal project.
© Copyright 2021 Capital Newspapers Inc., madison.com , 1901 Fish Hatchery Rd Madison, WI | Terms of Use | Privacy Policy
Powered by BLOX Content Management System from TownNews.com.
You don't have any notifications.