Renewable energy advocates are again asking Wisconsin regulators to bless a financing mechanism that could expand access to solar energy.

This time a former renewable energy advocate could cast the deciding vote.

Vote Solar, a nonprofit advocacy group based in California, says it is seeking affirmation on behalf of Wisconsin members who want to install third-party-financed systems on their homes, businesses and places of worship.

MREA, a Wisconsin-based nonprofit advocacy and job training organization, and some of its members intend to provide third-party financing but have held off because of “the overhanging threat” of PSC investigations and enforcement proceedings.

The group says one member’s project was put on hold “when a utility representative told the would-be customer that third-party financing is prohibited by the PSC.”

The current petitions come as the PSC, Legislature and court system have each declined to provide clarity on the law.

While contract details vary, third-party ownership is a financing mechanism that could make solar energy available to more people, including residents who can’t afford the upfront costs and local governments, schools and nonprofits that can’t benefit from federal tax credits.

Wisconsin law says that public utilities are subject to regulation by the PSC, but the definition of a public utility is ambiguous: any entity providing “heat, light, water or power ... to or for the public.”

Renewable energy advocates say it’s clear that a company financing a customer-hosted system is not a “public utility,” but informal documents and the commission’s past refusals to rule on the issue have created regulatory ambiguity.

The groups say it’s time for the commission to resolve a “decade of uncertainty” and stop considering agreements on a case-by-case basis, which they say amounts to an effective ban since third-party providers have to absorb the costs of litigation unlike monopoly utilities, which pass them on to ratepayers.

Distributed energy resources (DERs) can include solar panels, batteries, thermal storage or smart power controllers that operate “behind the meter” — or on the customer’s property. Future applications could also include smart thermostats and electric vehicle chargers.

Although they can supply power to the grid, MREA argues they are more akin to appliances than utility-scale power systems, though they can also benefit other utility customers by reducing energy and transmission costs as well as wear on equipment.

MREA points out the physical equipment is the same, as is the reduction in use of utility power, regardless of how it’s paid for.

“There is no difference to the public, the utility company, or the grid between customers who own DERs outright and those who utilize third-party financing,” the group wrote.

Renew Wisconsin says the lack of legal clarity creates “an unjustifiable restriction” on people’s rights to supply themselves with clean energy produced on their own property and that it’s “past time” for the PSC to clear the path.

Previous commissions have rejected similar petitions for rulings on the question of third-party financing, with conservative appointees arguing that is the Legislature’s job.

MREA last year sued the commission, arguing it had overstepped its authority by effectively preventing third-party-financing agreements. The case was dismissed, but in its petition MREA points out that the commission itself has told the court that a declaratory ruling is the appropriate process for deciding public utility status.

Earlier this year, the commission did consider a petition from Eagle Point Solar, an Iowa company whose agreement to install solar panels for the city of Milwaukee was blocked by We Energies.

But the commission deadlocked, with Chair Rebecca Valcq agreeing the practice was purely financial and Commissioner Ellen Nowak siding with the utility.

Commissioner Tyler Huebner abstained because of his involvement with that case prior to joining the commission. But neither of the new petitions are covered by his recusal agreement, meaning he could cast the deciding vote this time.

Sen. Rob Cowles, R-Green Bay, whose bill to clarify the legality of third-party financing died last year without a floor vote, urged the PSC to act “within their broadly endowed powers” to approve the petitions.

“It’s long past time we recognize that a financing arrangement for a homeowner, church, farm or small business does not infringe on the regulated monopoly utility model,” Cowles wrote. “You can finance anything from a new water heater to energy efficient windows to help reduce your energy consumption, and there’s no reason you shouldn’t be able to do the same to generate your own electricity.”

The bill is intended to address ambiguity in state statutes over who is considered a public utility, which has allowed utilities to refuse to connect leased systems to the grid. 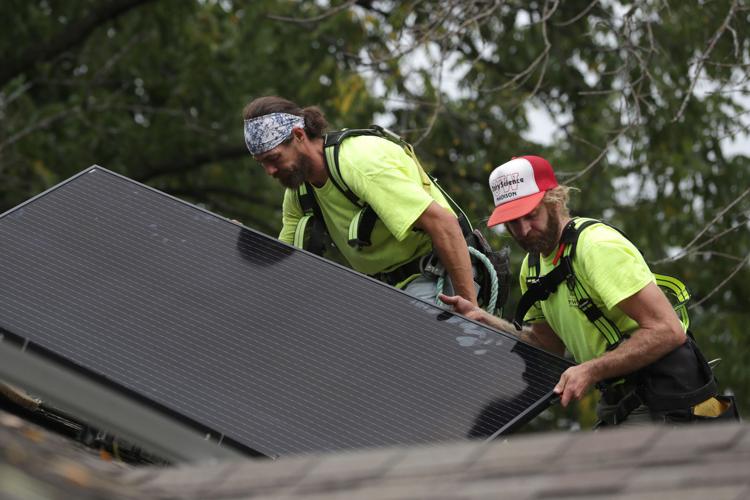 Alan Watson, left, and Tommy Olson of Midwest Solar Power install solar panels on a Monona home in October 2021. Solar advocates are asking Wisconsin utility regulators to bless a financing tool that could expand access to the technology. 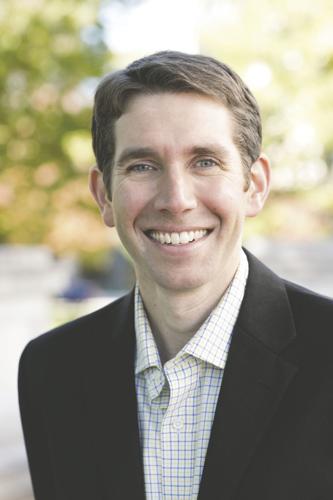 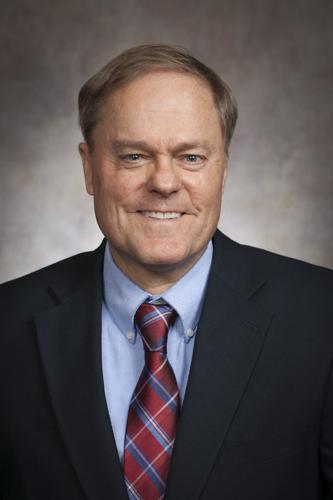