The Biden administration has approved Wisconsin’s plan to spend more than $78 million in federal funds as part of an effort to build a nationwide electric vehicle charging network.

In a letter dated Wednesday, the Federal Highway Administration notified state Transportation Secretary Craig Thompson that the state could immediately begin receiving its share of $900 million in funding authorized by the Bipartisan Infrastructure Law.

Wisconsin was one of 34 states to receive plan approval.

President Joe Biden aims to have 500,000 chargers across America, with a network of fast-charging stations across 53,000 miles of freeways from coast to coast with federal funding intended to help the private sector fill in existing gaps.

Experts say a reliable and convenient charging network is key to spurring adoption of electric vehicles, which when paired with a cleaner electricity grid are seen as the best shot at reducing greenhouse gas emissions from the transportation sector, now the nation’s single-largest source of heat-trapping gases.

“As we work to implement the state’s first-ever Clean Energy Plan, upgrading Wisconsin’s electric vehicle infrastructure is one of the most important steps forward we can take to move towards a cleaner, more sustainable future,” Gov. Tony Evers said in a statement released Friday. “This plan approval and the federal funds Wisconsin will receive as a result will help bolster our state, our infrastructure, and our economy for years to come.”

'A little bit for everybody': How the Inflation Reduction Act boosts clean energy

Last year, electric vehicles accounted for about 5% of new vehicle sales, though they make up less than 1% of vehicles on the road. In Wisconsin, which lags behind neighboring states in adoption rates, EV registrations grew from just 319 in 2013 to more than 9,000 last year.

The Department of Transportation expects there will be more than 334,000 EVs on the road by the end of this decade, although a recent Bloomberg analysis suggests the nation is nearing a tipping point that could lead to even faster adoption of the technology, and many major manufacturers, including General Motors, plan to phase out internal combustion engines entirely.

“We are seeing an increasing demand for electric vehicles in Wisconsin and manufacturers are ramping up production of electric models,” Thompson said. “To accommodate this growth, Wisconsin is stepping up its efforts to provide the electric vehicle infrastructure the state will need.”

Wisconsin’s plan outlines a strategy for building electric vehicle charging stations along designated alternative fuel corridors including the interstate system and federal highways like 51, 53 and 151, as well as key state roads.

Excluding chargers available only to Tesla drivers, Wisconsin has 306 public charging stations, about half of which are within a mile of a designated alternative fuel corridor. But only four of those stations meet the federal criteria.

The state does not plan to own or operate chargers or put them on DOT property but instead will seek private-sector partners to compete for the federal funding to build charging stations.

Thompson has said the plan will allow EV owners to travel throughout the state with the confidence that they can charge their vehicles when they need to.

“This is really a great opportunity for Wisconsin to be ready,” Thompson said. “We can benefit on the environmental side and on the economic side. It can be a win all the way around.”

125-degree heat index in Dane County? It could happen by midcentury, study says

The biggest change is expected in Grant County, which could go from an average of seven days when the heat index is over 100 degrees to 15.

Wisconsin transportation officials are crafting a plan to spend more than $78 million in federal infrastructure funds to support electric vehicles.

MGE says the programs, which will allow the utility to remotely manage vehicle charging, are needed as vehicle manufacturers spend billions of dollars to roll out hundreds of new models in the next three years.

The states view clean hydrogen as an opportunity to leverage existing industry and infrastructure to promote economic growth and energy independence while lowering greenhouse gas emissions.

Dane County has about 60,000 cows that produce almost as much waste as the population of Chicago. Spread on fields, much of that waste gets washed into lakes.

Despite having climate action plans, U.S. cities such as Madison struggle to hit their targets, according to the report from Brookings Metro.

Gary and Laura Johnson retired recently and are hitting the road in a customized Winnebago Revel van. The only thing on their itinerary is adventure. 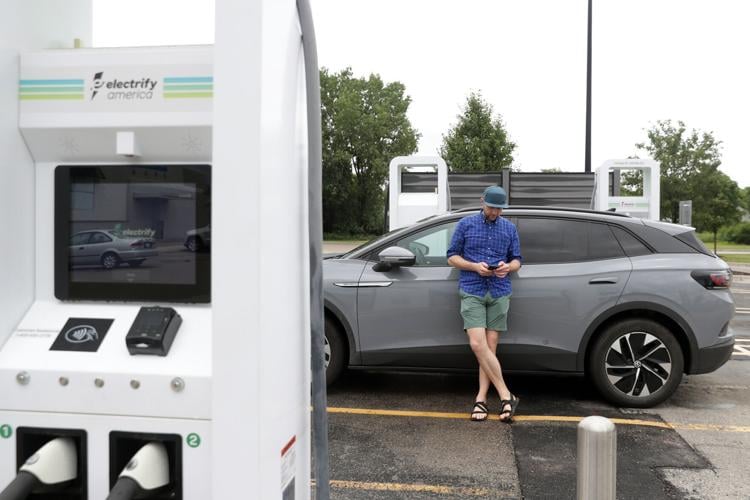 Nathan Sosin waits for his car to charge in the parking lot of the Walmart Supercenter on Madison's East Side during a July trip from Chicago to Eau Claire. The Biden administration has approved Wisconsin's plan to expand its EV charging network using $78 million in federal infrastructure funds. 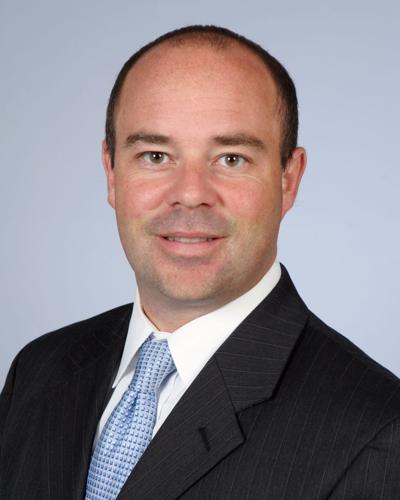