Watch live: SpaceX rocket to blast off at 12:29 with UW-Madison cotton experiment aboard
0 Comments
Share this
1 of 3 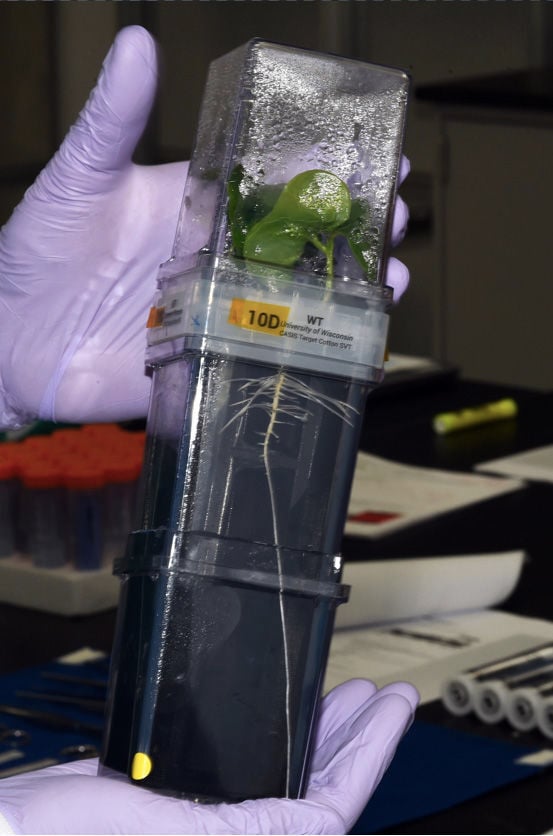 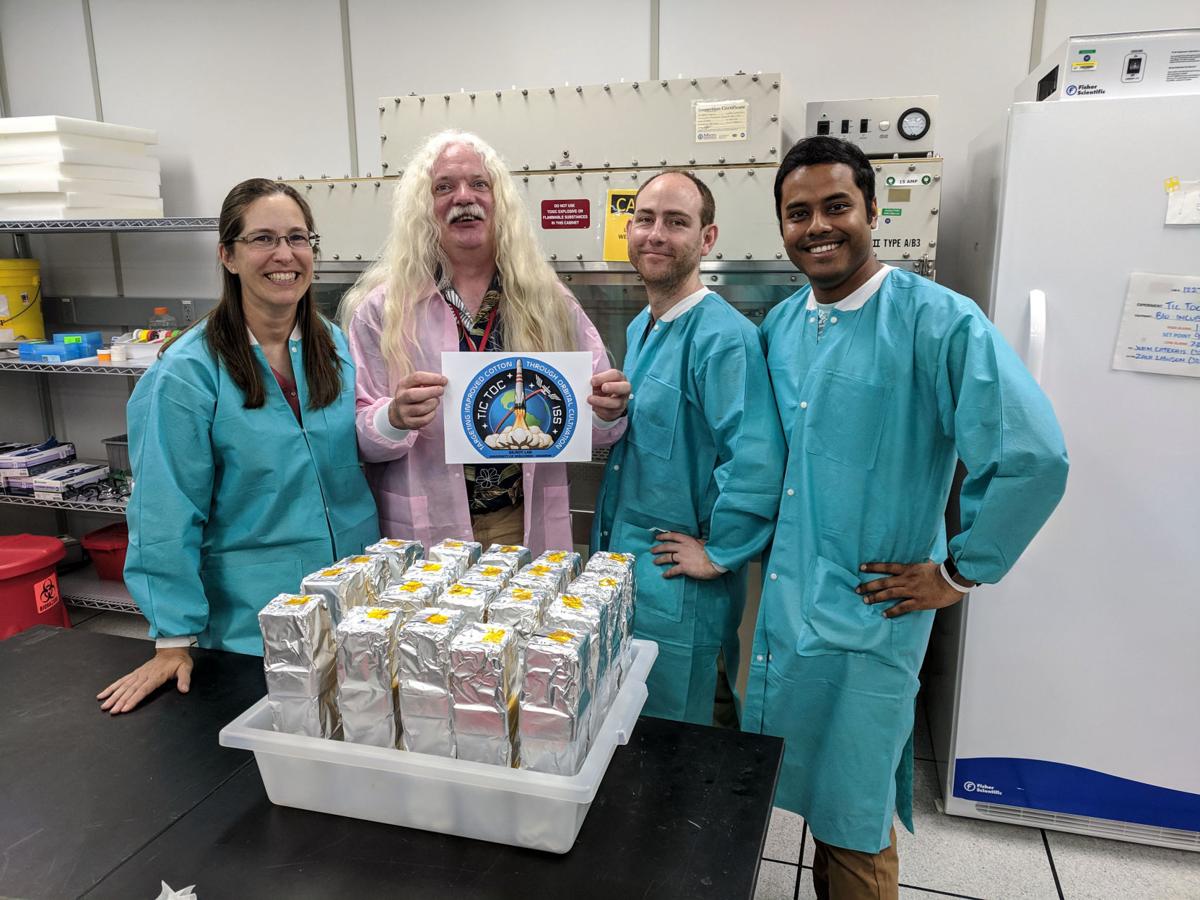 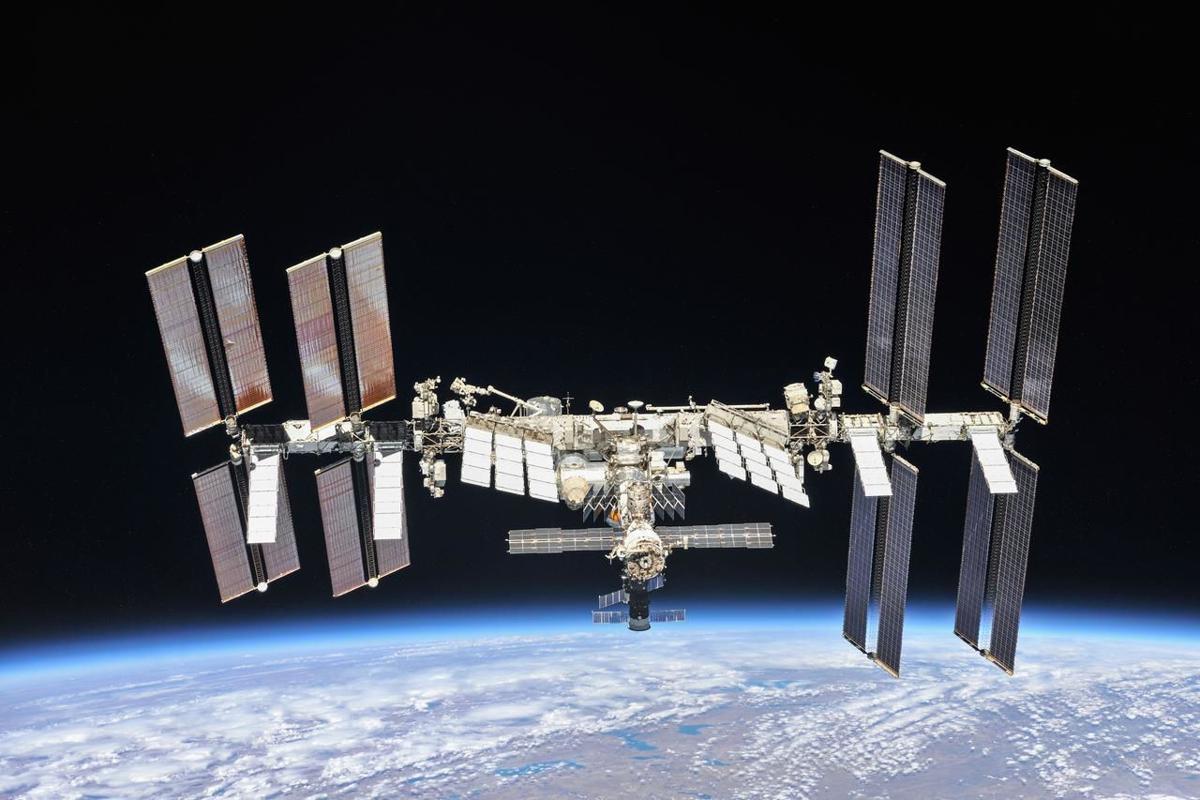 If all goes as planned, Simon Gilroy will be growing cotton in space this weekend.

A SpaceX Falcon 9 rocket scheduled to blast off Thursday from Florida’s Kennedy Space Center will carry 48 seeds from the UW-Madison botanist’s lab to the International Space Station, where astronauts will attempt to grow them in a system developed in Madison.

The idea is to see how gravity affects the root systems, information that Gilroy said could help breeders develop new strains that could be grown more efficiently back on Earth.

On Earth, gravity guides plant roots down into the soil in search of water. By removing gravity, Gilroy hopes to reveal the other influences that determine which direction the roots grow and how they branch out.

“There’s really only one place to do that,” Gilroy said. “The space station.”

Funded by a grant from Target, Gilroy’s experiment will be part of a 7,300-pound payload, which includes supplies for the space station crew as well as materials to support more than 250 investigations. Thursday’s launch, scheduled for 12:29 p.m. Central Time, will be the 22nd commercial resupply mission for NASA.

Though his lab has sent other plants into orbit, Gilroy said as far as he knows, this will be the first time cotton has been grown in space.

Working out of a lab at the Space Center in Cape Canaveral, Gilroy and his team have spent the past week preparing the 48 seeds, as well as a backup set in case the launch is scrubbed.

Once the capsule arrives at the space station some 250 miles above the Earth, astronauts will germinate the seeds and load them into special chambers within the station’s “Veggie” unit, an astro-horticulture system designed by engineers at Orbitch, now a division of Sierra Nevada Corp.

Three different strains of cotton will grow for six days as astronauts photograph the roots and relay data about temperature and carbon dioxide levels. On the ground in Florida, Gilroy’s team will grow plants under nearly identical conditions — but with gravity.

The Madison company plans to increase staff by 25 percent by the end of 2016 as a result of parent company Sierra Nevada's contract with NASA.

The plants will then be frozen and sent back to Earth in July, when the Dragon capsule is scheduled to splash down in the Atlantic Ocean.

Because cotton roots grow about an inch per day, the seeds are packed in special petri dishes to prevent them from germinating during the roughly 40-hour journey.

Gilroy said his experiment will also help researchers understand how to better grow plants in space, where the lack of gravity makes it especially difficult to water them.

“You can be a bad gardener anywhere. I’ve killed many plants on earth by being a bad gardener,” Gilroy said. “Once you work out the gardening, plants grow pretty well in space.”

A SpaceX Falcon 9 rocket is scheduled to blast off at 12:29 p.m. (Central time) Thursday from Kennedy Space Center carrying 7,300 pounds of supplies and research materials to the International Space Center, including cotton seeds from a UW-Madison laboratory.

NASA will broadcast the launch live beginning at 12 p.m. at www.nasa.gov/nasalive.

Highs will be in the mid-80s on Thursday, and could crack 90 over the weekend across southern Wisconsin, according to forecasters. 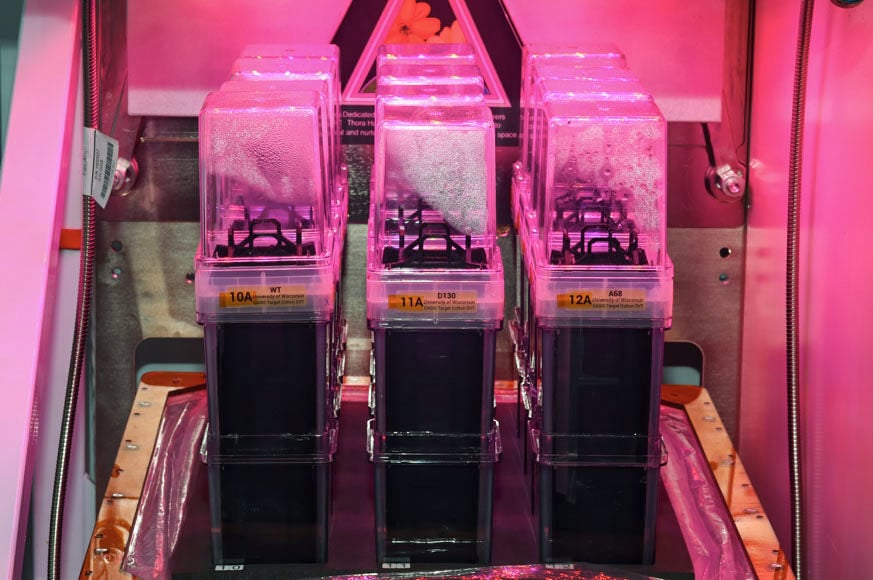 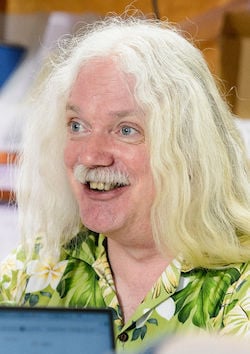