Scientists at UW-Madison are working to better understand how toxic “forever chemicals” move through the ground, which could help communities like Madison find and clean up the manufactured compounds before they contaminate drinking water.

Used for decades in firefighting foam, non-stick cookware and stain-resistant fabrics, these synthetic compounds, known collectively as PFAS, have been linked to health problems including low birth weight, cancer and liver disease.

Sprayed on the ground in firefighter training exercises, leaked from landfills and spread on farm fields in sewage sludge, PFAS, which do not break down naturally, have contaminated communities across the nation and Wisconsin, including Marinette, Wausau, La Crosse and Madison.

But in order to clean up a spill, you have to know where it is.

A new paper published in the journal Environmental Science & Technology presents a simplified framework for understanding how the chemicals are moving through the jumble of soil, sand, rock and water that lie between the surface and deep aquifers that supply drinking water.

That’s especially difficult because air, water and particles are constantly moving through this “unsaturated zone,” said Will Gnesda, a UW-Madison graduate student in geoscience professor Christopher Zahasky’s lab and lead author of the study.

It’s a problem for any contaminant, but the unique properties that attract PFAS to the boundary between air and water make it all the more challenging.

Christy Remucal, an associate professor of civil and environmental engineering at UW-Madison who specializes in PFAS but was not part of Gnesda’s study, said the research is a critical first step to being able to focus cleanup efforts.

“There’s lots of places where they might stick,” Remucal said. “There are over 6,000 different PFAS and they don’t all behave the same way. It’s really challenging, just because it’s so complex.”

Predicting the movement of PFAS has traditionally involved guesswork and a lot of computer models.

Gnesda and his colleagues developed a simplified framework to reduce the time and computing power needed to model the movement.

When applied to specific sites, that framework could help environmental regulators and contractors predict where PFAS are going — and figure out where they came from.

“Ultimately what we want to do is predict where PFAS plumes are moving and where should we target remediation,” Gnesda said.

The scientists were able to piggyback on the work of another researcher to apply their model at a site near Rhinelander, where PFAS have been found in two municipal wells between the airport and an area where biosolids had been spread on fields. They found several factors can influence the movement of PFAS, such as porosity of soil and rocks, the amount and type of organic carbon in those rocks.

Gnesda said the project was ultimately shut down because of “airport politics.” He said he would like to test the model at other contaminated sites such as the Dane County Regional Airport or the town of Campbell in La Crosse County but said it’s hard to convince local officials of the benefits.

“Nobody wants to know how much PFAS is in their area,” he said.

Gnesda and his colleagues are now working to validate their framework in the laboratory, where they have constructed columns filled with soil and water which they can use to track how PFAS molecules move through different configurations.

“We’re going to see how well our theory connects to the lab,” Gnesda said.

Where have all the walleye gone? Before long, anglers may have to make due with bluegill

Madison and Dane County have reputations as environmentally-conscious communities, but neither government is rushing to clean up toxic pollutants.

'A little bit for everybody': How the Inflation Reduction Act boosts clean energy

With incentives for both businesses and consumers, it's hard to overstate the significance of this historic $369 billion federal investment in…

Who hasn't fantasized about leaving it all behind and hitting the road? This couple actually did it.

Most city trees that get cut down end up in the chipper, but a network of urban wood producers works to find better uses for this carbon-trapp…

What should I do about PFAS in my water?

If you’ve been hearing more about PFAS in Wisconsin waters, it’s because testing is increasingly detecting those harmful chemicals. Currently,…

The county has not provided data to support the claim but says it plans to expand the pilot to other contaminated parts of the airport.

Groundwater and streams near Tyco Fire Products in Marinette are contaminated with foam from the plant's testing facility.

Gov. Tony Evers has requested more than $100 million in increased spending on testing and other resources directed toward PFAS, or per- and po…

Search dogs, rescue teams, engineers sent from all over the world to Turkey, Syria after quake 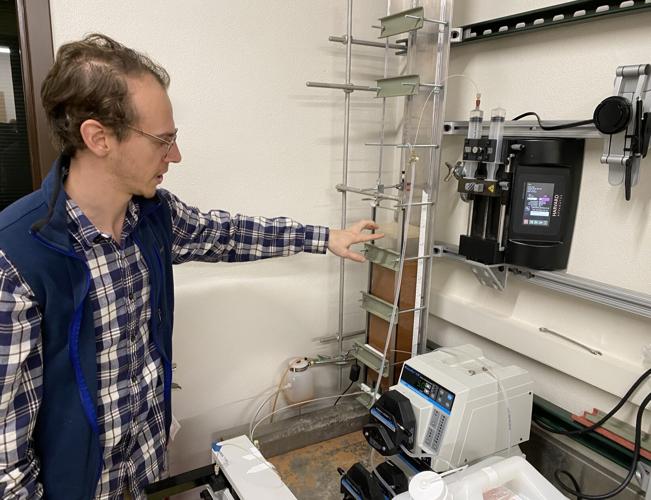 Will Gnesda, a UW-Madison graduate student, demonstrates equipment used to track how PFAS molecules move through the ground in order to validate a predictive model he and his colleagues developed in professor Christopher Zahasky's lab. 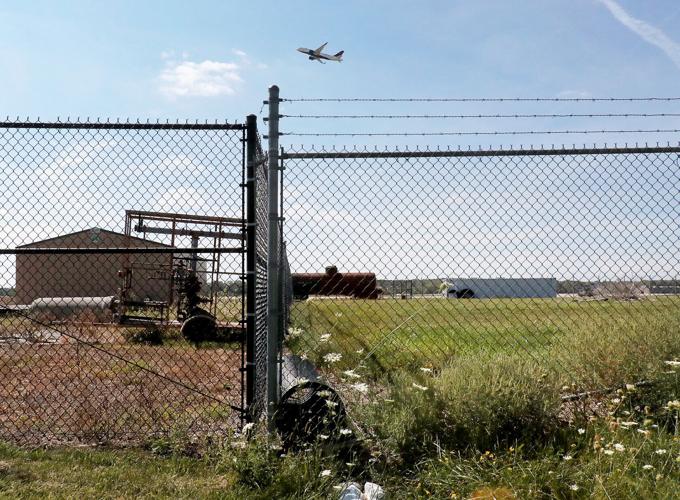 UW-Madison scientists have developed a model to predict how toxic PFAS compounds move through the ground, which could help environmental consultants target cleanup efforts and sites such as this former firefighter training area at the Dane County Regional Airport, which the state Department of Natural Resources identified in 2018 as a brownfield.